“It’s supposed to vibrate inside of your body”: An interview with multimedia artist Edge Slayer 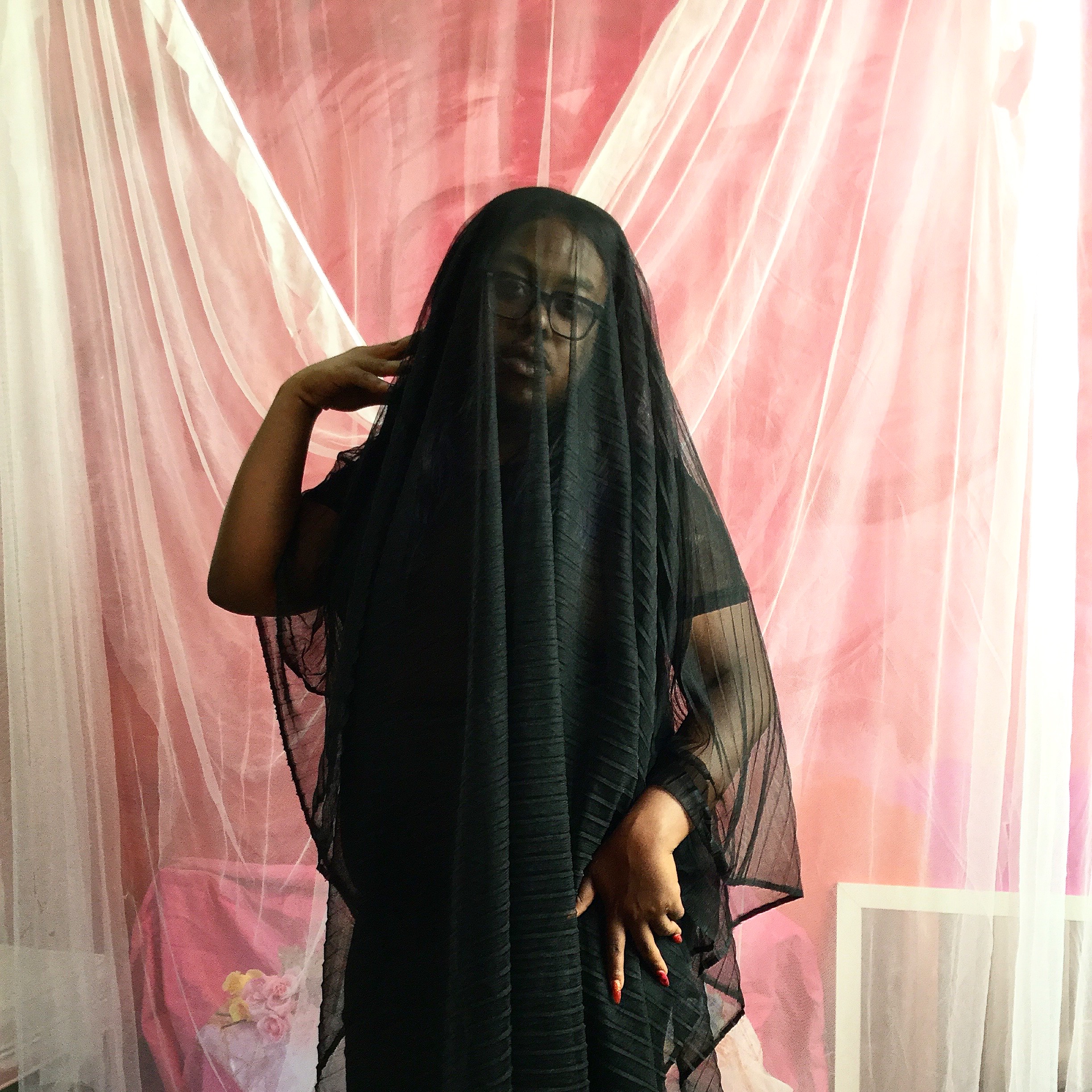 Edge Slayer is a New Orleans-based multimedia digital artist and music producer. She works with an LGBTQ+ team to put on events in New Orleans, helping to create spaces where trans women – specifically black trans women – have a space to be themselves. I caught up with her a few weeks ago to speak about the release of her self-titled EP and here is a condensed and slightly edited version of that conversation:

David Benedetto: I know you had an E.P. come out recently?

Edge Slayer: It [was] released September 21st on Objects Limited, which is a U.K. based label.

DB: Fantastic. And how long had you been working on it?

ES: I guess I conceptualized it two years ago, and then everything kind of came to a head when I learned how to produce my own music. So then two years ago I learned Logic and Ableton, and I just started applying myself to it, and then my EP was born!

DB: How would you describe your sound in one sentence?

ES: Experimental trap noise. I guess that’s what it would be called. There’s a lot of R&B elements— harmonies and things— that are familiar, but then also a lot of harsh noise. So I definitely try to give the flavor and feel of R&B, but it’s actually this intellectual dissection of popular culture. It’s supposed to be a juxtaposition of what our idealistic world is and what things actually are. So I try to not focus on clear lyrics coming through or clear beats coming through because it should sound like it has a beat, but you can’t really dance to it. [Laughing]. But, you can meditate to it— I feel like my music is definitely meditational, and it’s supposed to vibrate inside of your body.

DB: I can see the vibration! And there is a big push on the a-tonalities, right? Did your classical background play into your music-making approach?

ES: Yes, I am classically trained in vocal performance, and I took private lessons from the age of eight until college. And then I went to music school, but I dropped out because I wasn’t learning anything! [Laughing]. So I feel like classical definitely influences me, but more things that influence me are artists like Grace Jones, Bjork — a lot of strong, powerful women. And also The Velvet Underground and things that are just kind of nasty and noisy and a lot of African and Nigerian punk. So I feel like all of that mixed together with like 90s R&B is what bred Edge Slayer.

DB: I know you were born in Louisiana, but you were in St. Louis for a time and came back here. What led you back?

ES: My family is from Alexandria, Louisiana and my sister had always wanted me to move to New Orleans specifically. She’d say, “Oh my God, they would love you! Everyone would be into your art!” And I was never into it. And then Ferguson happened. And I liked all the people and the St. Louis art scene is important, especially the QTPOC art scene that is going on. It’s small, but very important. And [after Ferguson] everything became a talk about race.

Honestly, it’s still present in the south, but I feel like after Ferguson people who were my neighbors, who I lived around for years, no longer trusted me. Or someone would look at me crazy or every white person I met felt like they needed to dialogue about race in this very personal way. And then also the art community in St. Louis is very racist and white-dominated. It’s pretty staunch, and it’s kind of hard to break into the artistic networking there because, unlike New Orleans, black people don’t have as many institutions for arts in St. Louis. So here there’s like a lot of institutions for arts and performance and everybody is really supportive if you are an artist, and in St. Louis if you’re an artist it’s seen as like you’re lazy or you’re like a bum. In New Orleans everybody loves a kooky artist. [Laughing].

DB: Thinking about your more visual-oriented art, the pieces that I’ve been able to see really focus on you kind of front and center and in really vulnerable positions commenting on a lot of identity issues. How does it feel to place yourself in such vulnerable spaces?

ES: I found visual art as a way to express my transition, and I feel putting myself out there is definitely something that I’ve kind of always done. I’m like a Leo/Cancer, so I feel like I’m shy, but I do really love people. [So] it’s kind of this idea that I wanted to show people, and I wanted it to be in this way where I’m also making commentary on expectations because there are a lot of expectations around trans women and how they’re supposed to present, especially in the south. Like people expect beauty, long hair, smooth and soft glowing skin. So I try to really capture those things, but in ways that are very spiritual and iconic.

Iconography is really important to me. Erzulie is the loa that I most commune with because I’m a witch, [Laughing], and she’s very centered on beauty, and she’s the patron saint of the gays, so she loves the queers.

So a lot of the images I’m displaying are her forms, so I feel like all of those goddess characters I want to be are displayed in my visual art. So it was also this commentary on body positivity and body image because a lot of people fat shame people who display parts of their bodies. I try to break all of those barriers because I also don’t want to be seen as this sexualized object that is only seen as sexualized in a kind of porn aspect because I feel like a lot of like trans women experience that. And so I feel like invoking sexuality and this sort of raw imagery of myself– and kind of worshiping myself, honestly. Like it’s kind of worshiping yourself and seeing yourself as this goddess, this person who should be worshiped because I feel like everyone should see themselves as someone who they should worship.

More information about Edge Slayer can be found on her Bandcamp page and you can keep up with her happenings by following her on Instagram.

‘It’s like the whole room is the show’: Songwriter Julie Odell turns up the volume
Audio and Podcasts