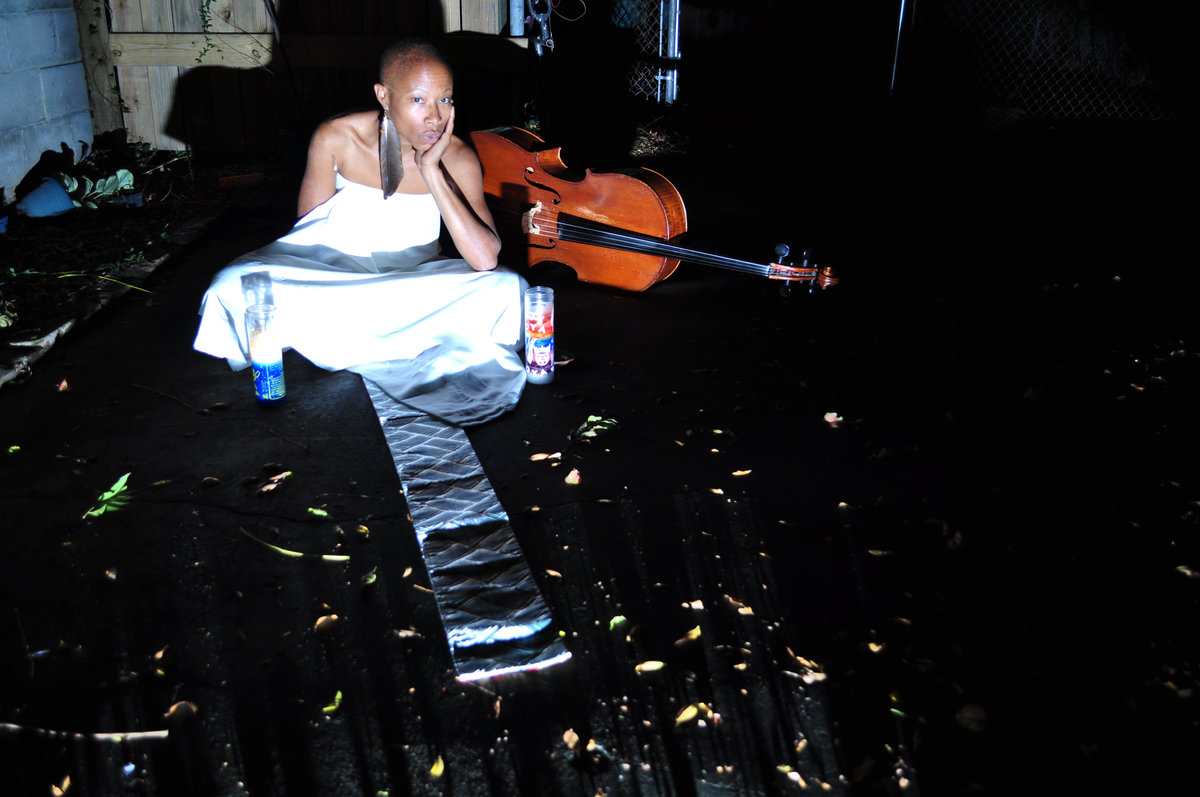 Spirit McIntyre certainly knows how to keep busy. They are a renowned cellist, vocalist, and lyricist, as well as a wellness advocate, Reiki practitioner, and sound healer. I sat down with Spirit earlier this month as a part of our “Listening to Locals” series to find out more about their approach to writing and navigating creative life as a multi-disciplinary artist.

This interview has been edited for length and clarity.

David Benedetto: You started playing the cello at age seven. When did you realize this was going to be a lifelong practice for you?

Spirit McIntyre: I might still be in that process, actually. I do a bunch of different things so there are times when music is just like right there and it wants to be played and it wants to happen. Very early on it was clear that I loved music and I loved playing. And I remember I was driving somewhere– and I can’t remember why this thought came to me– but I remember being a kid that while playing would move a lot and it was just kind of the thing that I did. If we were playing quietly, my body would just be like, “OK, we’re just gonna’ duck down while we play.” And that really stood out. Like there’d be the orchestra and then there’d be me moving in a way that other people weren’t moving so I connect that to having this deep connection to the music and this deep ability to move inside the music. And sometimes in Classical worlds– until you’re like a “known entity”– it’s [about] conformity. It’s like, “You’re doing too much. Pull it back or scale it back.” But I didn’t really–yeah, that wasn’t really my way.

DB: I love that and one of the things that I think of when I think of your music listening through is dynamic. And you can see that and how you engage with your body and the dynamics themselves throughout your music. That and also being a fusion of many sounds. How would you describe your music to somebody that’s never heard it before?

SM: These days it really feels ancestral, you know? And like sound channeling. So sometimes that channeling might come in the form of a growling cello line or something bluesy or something soulful, but it’s ancestral.  So I think that’s what’s making the most sense right now.

DB: I like it and I’ll take it! Speaking about that ancestral sound– not just in your music, but about the other art you engage with– spirituality and connectivity with both the past and other people is very present in your work. Could you talk about that a little bit and how that kind of developed over time?

SM: Yes, thank you for that question. I think it’s always been. I’ve always had an old soul. I’ve always known things and spoken things that I’m like, “That’s interesting! Like where did that come from?” And I think as I’ve gotten more discerning and more knowledgeable about what’s happening it’s like, “Oh, this is ancestral. These things might be things that my ancestors are telling me.” And so now I’m more aware of it and I get out of the way more. It’s like, “Oh, okay you all have something to say. Let me just make room so that you can communicate.”

In terms of when the voice and cello came together– because Classical is not about singing [and] playing an instrument. So it was definitely a learning curve to try and sing at the same time and also play something interesting.

DB: One of my favorite songs of yours is “Witness” which was on an album you released a couple of years back. I was wondering if you could tell us a little bit about that song.

SM: Yes, I can definitely do that! And I also want to know why you like it so much? You know like it’s nice to hear that aspect.

DB: Of course! I really appreciate your music because of how you engage with the percussive elements of the instrument. I always am interested by a violinist or a mandolin players or cello players who kind of engage with that kind of texture. And I like “Witness” because most of that album you’re doing more rhythmically engaging things and then you step back for that song and it’s really kind of stripped down. I found it really lovely.

SM: Awesome, thank you for answering that! It’s like going back in time to talk about it. I remember being in a place where I was learning about the importance of being witnessed and I remember at the time being in a relationship where I didn’t feel like I was really being witnessed and having space held for me. It’s [like] the importance of that versus like the importance of someone listening until they can give you advice– like, “I [have] this advice I want to give you and I’m going to insert it as soon as I can.” Which is so different than, “Let me witness and listen to what you’re saying.” Like what do you need from me now that I’ve witnessed you? And so that was where the song came from.

DB: Finally, what are you working on at the moment? Are there any projects that you’re super excited about?

SM: I did a show earlier this year called BOW’T TRAIL New Orleans and it was with an artist Rhodnie Désir who is originally from Haiti, but living in in Quebec. A lot of the recordings from [that project] feel like they want something. And so I’m I’ve been listening to them and thinking like, “OK, how can I now craft these? How can I craft these songs that I’ve channeled without taking anything away from the channel?” And so I feel like that might be the next thing– maintaining the original energy of the channeling and also being like, “Oh, this is how this could be crafted into a song.”

More information about Spirit can be found on their Bandcamp page here or at www.spiritwerks.com.

NOFF 2019: In conversation with Angela Tucker, director of All Skinfolk, Ain’t Kinfolk
Artists

“It’s supposed to vibrate inside of your body”: An interview with multimedia artist Edge Slayer
Audio and Podcasts