‘It’s like the whole room is the show’: Songwriter Julie Odell turns up the volume 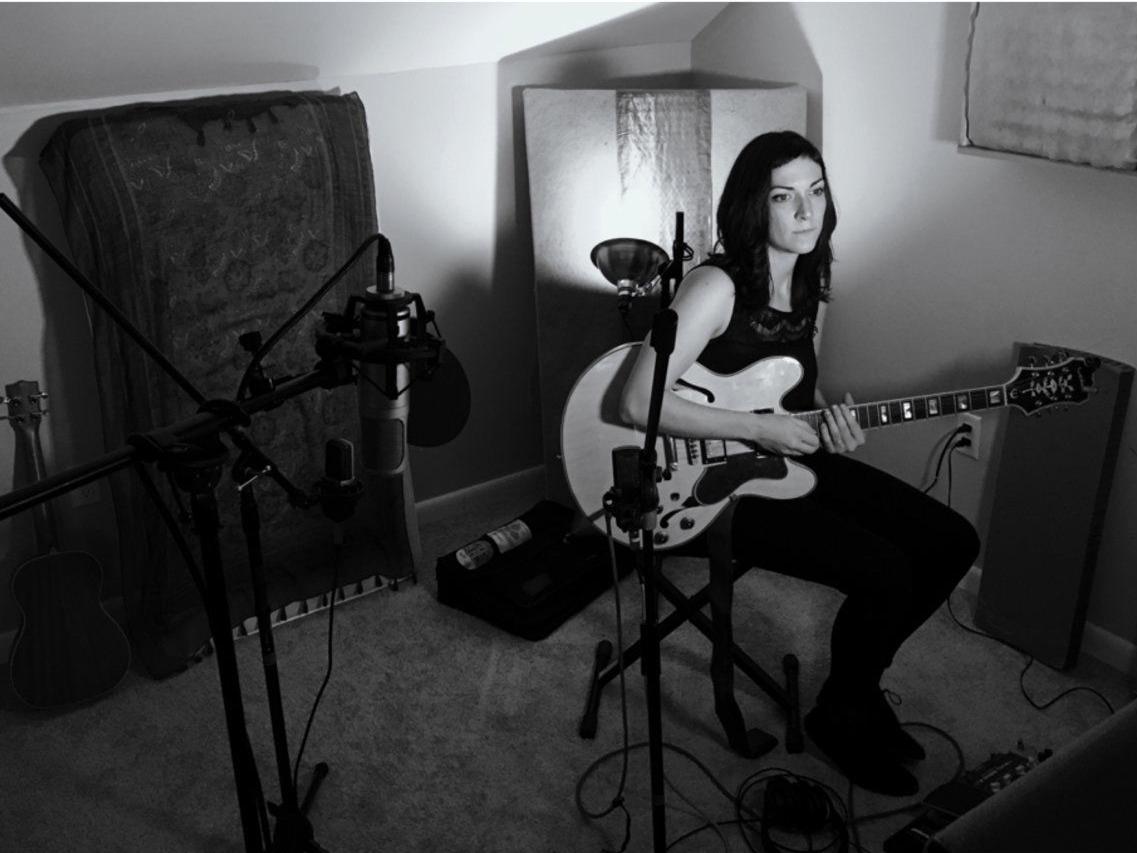 I remember the winter of 2007, waiting in the backseat of my parent’s old Dodge van in a parking lot off Florida Avenue in Baton Rouge. They were inside a building called The Dark Room—a popular all-ages venue known for catering to the hardcore and emo kids— checking the bathrooms for drugs (because, you know, rumors). Luckily, no pills or needles were found and later that night I was able to attend what would become a formative early high school experience: my first live show amongst people my own age.

Fast forward to the year 2018 and all of those things— the Darkroom, my friend’s band, ska (thank God!) — have gone extinct, but not Julie. In fact, she’s on a tour of the East Coast at the moment and will be playing a homecoming show at Siberia on Saturday, Oct. 27th as a supporting act for the band Matron.

She laughs when I bring up the old performance days in an interview we did earlier this month. “I was always opening up for these emo [or] screamo bands with my piano-folksy songs,” she tells me. “ It was really interesting seeing people sit down on the floor crying and then get up and, like, mosh pit after my set.”

Julie’s initial inclination for writing music started in elementary school when she heard her sister playing a song over and over on the piano. “It turned out that she had written it, and I just didn’t know you could do that— make your own songs.”

Soon after, Julie began writing for herself and attempting to play them for her peers in Ruston, Baton Rouge, and even New Orleans by the time she was 16. “I would drive over to play at bars, and I would have to wait outside until it was my turn to play,” she says, due to the strict laws on minors in such establishments.  “I did a lot of sitting on sidewalks and waiting.”

Back in her high school days, Julie was known for her piano-driven ballads and quiet melodies in the style of Regina Spektor or Fiona Apple. Now, though, she’s seen mostly sporting a guitar, backed by bassist Kenny Murphy and drummer Jonathan Arceneaux and performing rhythmically complex songs that seep with dynamism and grab your attention right from the beginning. Take a song like “Cardinal Feather,” which Julie says was inspired by a panic attack. As she explains, “I’ve always had panic attacks since I was a kid, going from being totally OK and walking on a sidewalk to all of a sudden lights are flashing and you can’t make sense of anything,” she says. “That song was kind result [of that]— the juxtaposition that I was in at that moment.” Playing with a band is a welcome development for Julie, and she enjoys the difference it brings to performance spaces. “I definitely feel more connected to everyone in the room,” she says, “instead of it being me putting on a show by myself, it’s like the whole room is the show.”

“I feel more comfortable being a more rock-n-roll kind of thing now,” she says. “I’m not just by myself quietly whispering in to the woods.”

While Julie’s been exploring new sides to music making, she’s also been acclimating to life as the mother of a two-year old. “Her name is Lee, and she’s just exposed so many qualities about myself that I didn’t know I had— like patience and understanding,” she says. “She is just such [an] intuitive, tender, and hilarious little person that has definitely altered my life in so many amazing ways.”

When she’s in town, Julie also partners with her friend Vanessa Degrassi to host a seasonal speakeasy called the Pepper Lantern, which has a different menu of “Vegan and Vegetarian Rainbow cuisine” at each event. “Even on the days where it’s completely pouring down rain, we would still be packed in the backyard,” she says. “People would just be standing there eating food. It’s been pretty magical.”

The show on Saturday is just the beginning, with another performance scheduled at Siberia on November 3rd in support of Moonhoney and hopefully (though I don’t know for sure) more recorded songs. As a longtime fan, I’m excited to see where she heads next.

More information about Julie Odell can be found on her Facebook page or on her Bandcamp profile.

“It’s supposed to vibrate inside of your body”: An interview with multimedia artist Edge Slayer
Audio and Podcasts