Bulbancha is still a place: Speaking with editor-who-is-not-a-chief Jeffery Darensbourg 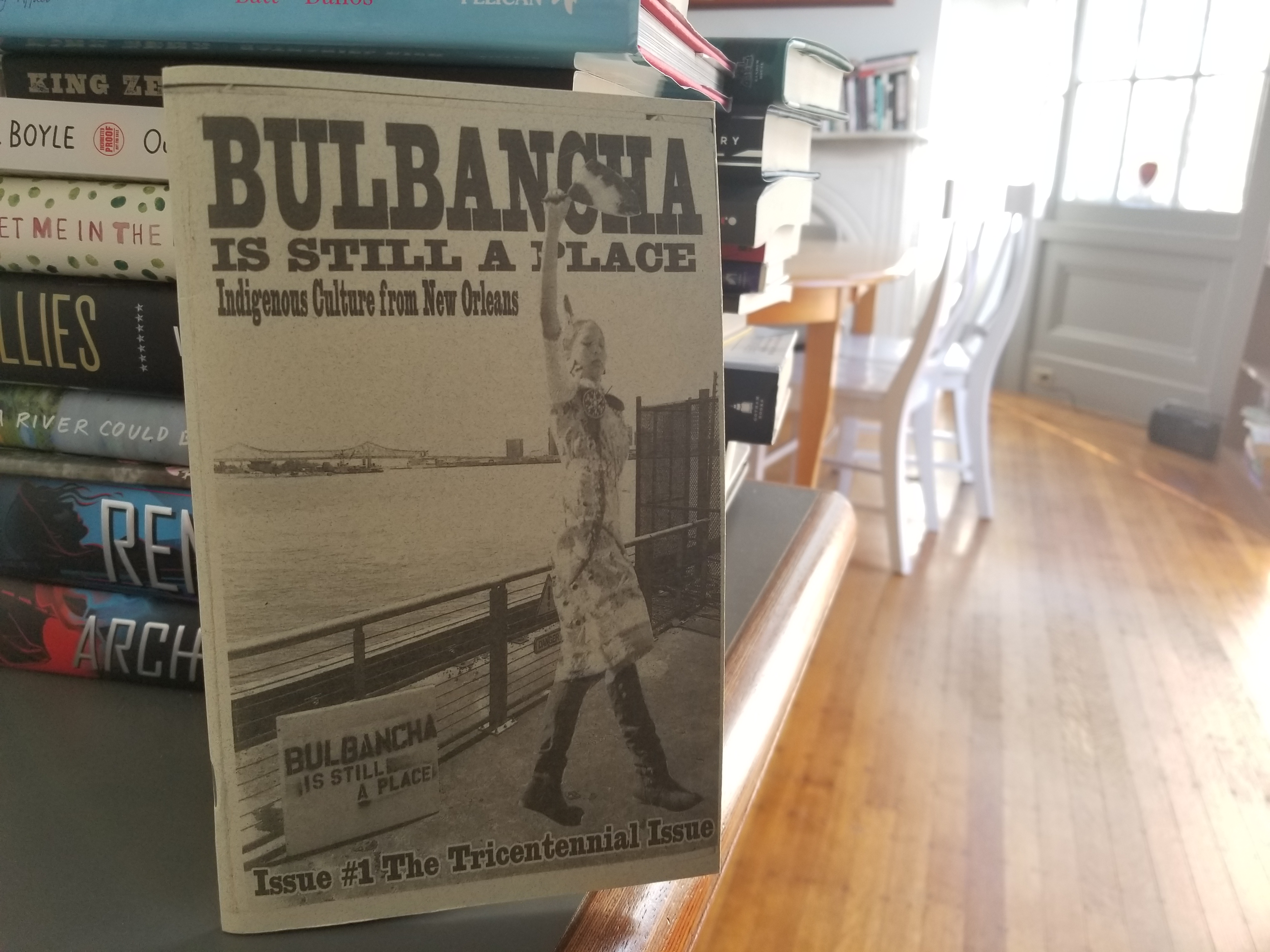 “Many people still don’t know that ‘New Orleans’ was already a place, a place with a name, before the first Europeans set sail for the area,“ writes Dr. Jeffery U. Darensbourg in the inaugural edition of Bulbancha Is Still A Place: Indigenous Culture from New Orleans, which came out last September.

The word Bulbancha is Choctaw in origin and means “the place of many tongues” and the name to which the above quote refers. “This was always a cosmopolitan area with over 40 different tribal groups living here,” says Darensbourg, who is a councilmember for the Alligator Band of the Atakapa-Ishak Nation of Southwest Louisiana and Southeast Texas. “We left a good bit of that culture behind, but it’s not always recognized.” He hopes this zine can serve, in part, as a way to help remedy that erasure.

According to their website, this first Bulbancha publication, “proudly showcases and asserts Indigenous culture though essays, art, and poetry authored by Indigenous scholars and community members in Louisiana and nationwide.” The zine was sponsored by Daniela Capistrano of the POC Zine Project and was co-edited with another local Native artist, Ozone504, who provided the design and graphic elements. Capistrano asked Darensbourg to make the zine, according to Jules Bentley’s interview of Darensbourg in Antigravity, “…out of all the stuff I rant to her about over lunch– Native stuff.” Once the project started moving, large numbers of Native people who heard about it were asking excitedly to join on and contribute. 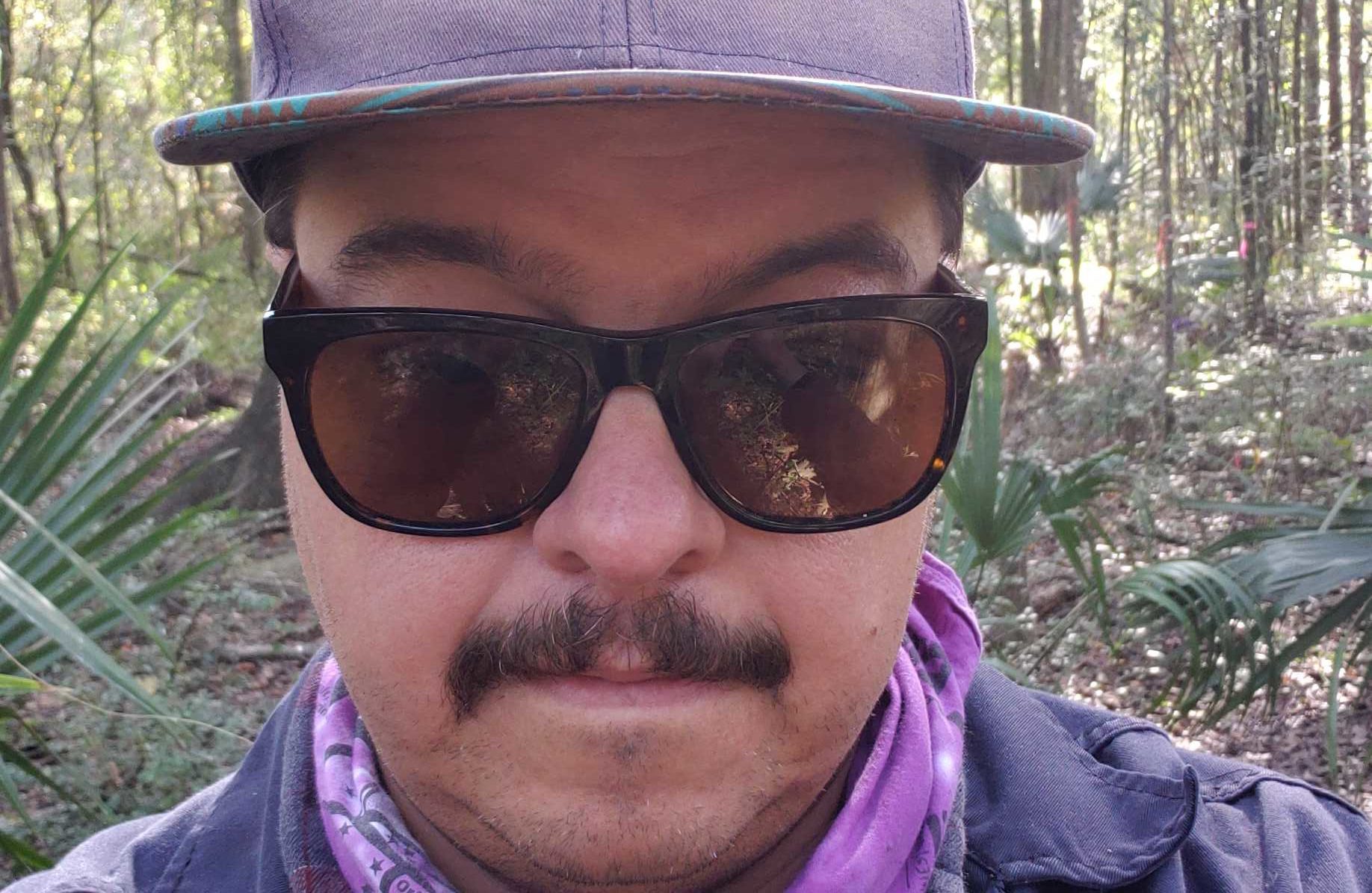 Darensbourg grew up in Baton Rouge, but his family comes from Pointe Coupee Parish. While many people in that area would consider themselves to be “Creole,” Darensbourg remains wary of the term and how it obfuscates his mixed ancestry. “When people think of Creole, they think of French–and maybe Spanish and African, and it starts to obscure the indigenous aspects of much of Creole culture,” he says of the historic discounting of Native ancestry in these populations. “Many Creole people– such as myself— we have relatives in living memory who grew up with native languages as their first language.”

A lot of this erasure stems back to policies in Louisiana that would disregard Native heritage— or ways for Native people to cope in a society that barely considered them human, let alone citizens. “Growing up on one side of the color line during segregation, my parents and grandparents thought of themselves more as ‘colored,’” and, as he told me, this can be found on official documentation such as birth certificates. “Growing up, in my family, our culture in rural Point Coupee Parish was very heavily Indigenous, so I guess that I wanted to put that to forefront of what people think about when they think about Creole.”

Darensbourg hopes to release another issue of Bulbancha sometime later in 2019 and keep expanding the scope of what this mixed-genre zine can be. “We’re very excited to keep this project going; it’s been so popular, and it’s expressed a need– because very infrequently have Native people from Louisiana told our own stories.”

“And that’s something that needs to happen,” he says.

More information about the zine can be at their website www.bulbanchaisstillaplace.org. Also, if you’re interested in hearing more about Native culture and history (from Native peoples), check out the final episode of Laine Kaplan-Levenson’s TriPod series “New Orleans: 300 // Bulbancha: 3000”.