The Room where it happens: The Juror Project’s William C. Snowden on the importance of jury duty 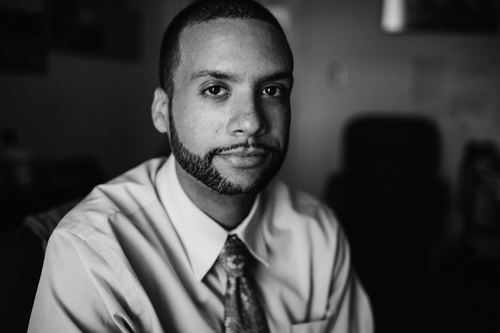 Most people hold a passionate loathing in their hearts for jury duty. Not William C. Snowden, founder of the Juror Project, a New Orleans-based nonprofit that aims to increase the diversity of jury panels, as well as change and challenge people’s perspectives of what jury duty actually means.

As a federal trial attorney and a staff attorney for the Orleans Public Defender’s office, Snowden is well suited for the task. “I think a lot of people might have a negative connotation around jury duty because they think it’s a burdensome obligation,” says Snowden, who moved to New Orleans after graduating from Seton Hall Law School in New Jersey. “A lot of people might have concerns and criticisms about the criminal justice system, but they don’t consider jury duty as a way to make sure the system is operating in a fair manner. What we do is really focus on educating people on how the criminal justice system is currently working— who is currently harmed [by it] — and then we pose jury duty as a solution.”

“We want to ensure that our juries are representative of New Orleans both demographically and ideologically, as well as ensuring that people are getting a fair trial,” he says, adding “Because that’s what we need to ensure we’re getting a safe city.”

During his work, Snowden has found that many people have large misconceptions not only about juries, but also about the role of defense attorneys. “Oftentimes people will ask me, ‘How can you defend these guilty people!’” he says, pointing out the contradiction between how his defendants are perceived versus clients who can afford expensive attorneys. “That question doesn’t often get asked to big firms or private lawyers. When we think about who is coming into contact with the criminal justice system, poverty is always such a common denominator for many of the people that get represented at the public defender’s office.”

“It’s important to understand that public defenders represent the people, not the actual crime and, at the end of the day, representation is a constitutional right.”

Snowden knew he wanted to become a public defender after working as a paralegal for his local public defender’s office. “I knew that my contact with clients through the relationship of an investigator wasn’t enough,” he says. “I thought there might be a way to use some of the skills I’ve been able to develop to more properly impact and advocate for the individual client.”

He followed through on this desire while at Seton Hall, excelling and becoming president of the Black Law Students Association and a Seton Hall Law Center for Social Justice Scholar. After a stint teaching Constitutional Law at a charter school in Newark, Snowden came down to Louisiana— a state continually on the frontlines of the mass incarceration debate. “I knew what I was getting into,” he says.

His work with the Juror Project became even more pertinent this year when a banner report from The Advocate on Louisiana’s non-unanimous jury systems— which were found to be rooted in the legacy of racism and white supremacy and to also disadvantage black defendants over white ones— struck a nerve leading to legislative action. In November there will be a referendum on whether or not to keep the law as it is or to institute an amendment to Louisiana’s constitution requiring unanimous juries in all cases.

While that aspect of the state justice system is being worked out, Snowden hopes his organization can encourage individual members of the community to better understand their role in the fight for criminal justice reform. ”We have been going to churches, high schools, neighborhood associations, Rotary Clubs, law schools, universities— pretty much any gathering of a community that is really invested in making sure our criminal justice system is working the way it’s supposed to.” At these meetings, Snowden talks about how the jury selection process actually works, how people can be removed from particular panels, and how implicit biases play a role in the courtroom. “We try to demonstrate that jury duty isn’t something that you should be trying to get out of. [We want] to improve people’s perspective of it so that they can be in that room to decide whether or not somebody is guilty or not guilty,” he says. “[To] be a part of that conversation on who belongs in prison and who doesn’t.”

Providing Value for Local Artists: Talking Culturalyst with Cofounders Sam Bowler and Mykia Smith
Art and media
We use cookies to ensure that we give you the best experience on our website. If you continue to use this site we will assume that you are happy with it.Ok