‘The festival is the method, the music is the weapon’: Building community and having fun at the Freret Street Festival 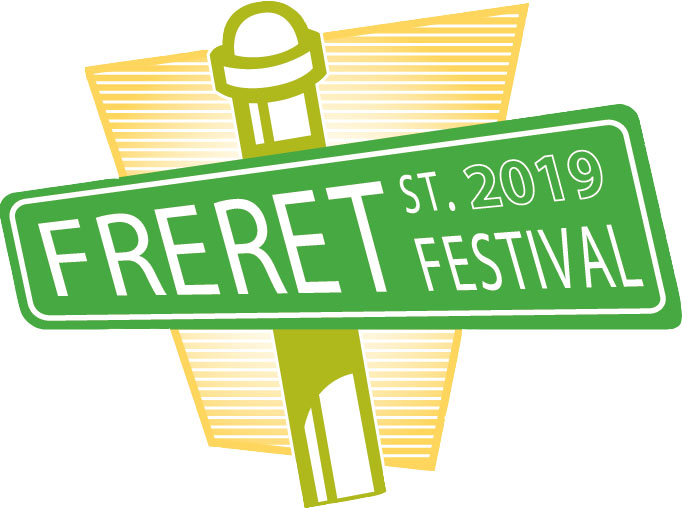 For over 20 years the annual Freret Street Festival has been bringing neighbors, artists, and businesses together for a celebration of all things New Orleans and 2019’s event– happening this Saturday (April 6th)– is no exception. “It’s always a beautiful spring day, and it’s sort of the kickoff to the whole New Orleans spring festival season,” says Reverend Dr. Andrew Ward, Entertainment Chair for the festival, which is produced by the Freret Street Market. He has also served as the main MC since at least 2009, a role which he truly cherishes.

While the current lineup of sellers hasn’t been released, past features have included Earl’s Deep Fried Hand Pies, Fire & Ice Design, Éveillé Freret Beer Room, Contessa Unique Tutus, and Sweet NOLA Cupcakes. The street’s permanent establishments like Ancora Pizza, Dat Dog, Sarita’s Grill, The Rook, and High Hat, which will remain open and available to patrons throughout the day and evening. “We want to make sure that people understand that all the vendors there are their neighbors and their community members,” says Ward. “You know this is Mr. Rogers on steroids and everybody is selling food that is more delicious than the previous vendor. This is your chance to really come out and show your New Orleans patriotism.”

“There’s so many special guests coming in too,” he continues. “Nutty Professor, Big Chief Monk Boudreaux, Jamaican Me Breakfast Club, and some surprise guests. Who knows I might even get out there with the ukulele.”

The Freret Street Festival was started in 1998 and came under the banner of the Freret Street Market in 2007. Just this February both were acquired by the Rotary Club of New Orleans Riverbend, which had been responsible for staffing the festival’s beer concessions for several years. “This wasn’t a group of outsiders that came in at the last minute and said ‘Oh, we’re going to change everything,’” says Ward. “They’re not gonna change anything. Just expect to see a whole bunch of golden, Rotary wheels around [and people] talking about service-above-self.”

Ward’s appreciation for service and community building extends into his other job producing festivals — most recently a series of music events in Uganda and Rwanda that brought over 75,000 people together to have fun and provide access to HIV information and testing.

“Similar to the Freret Festival, it’s open to everyone,” he says. “The festival is the method, music is the weapon. If you have some incredible draw like music and crafts and food and people know that they can come and congregate and participate in that glorious sense of communion– then, when they’re there, you can hit them with the messaging. When they’re there, you can provide the health services that are so vital to the strength of the community.”

This approach, which Ward calls the ‘New Orleans Model of International Development,’ also highlights a key aspect of the Freret Street Festival’s purpose: discovering what you can do for yourself and your community. “There [are] going to be so many organizations that are also putting up tents and letting people know about their chance to get involved,” says Ward. “What is it that is most important to you? What are you lacking in your life that you want to participate in?”

The Freret Street Festival is Saturday, April 6th from 11AM to 6PM. More information can be found on their website and Facebook page. You can find more info about the Rotary Club of New Orleans Riverbend here.