There’s a lot more than old coins at The Mint Greg Lambousy’s office, in the recesses of the Old U.S. Mint, is filled with stacks of dog-eared, LP record covers, CDs, and bookcases stocked with history, literature and jazz books. There’s an Edison Victrola, reel-to-reel tape player and a Silverstone phonograph set up to play a 78-rpm recording of Benny Goodman, trilling “Swing Angel.”

Greg has worked in the Louisiana State Museum for 22 years, but took the position of director of the New Orleans Jazz Museum in 2016. The Mint has hosted plenty of a jazz exhibitions, programs and performances, but needed more publicity. His job is to build traffic and create public-private partnerships to achieve long-range goals, including facility renovations and a cafe. This month, New Orleans Jazz Museum is expanding exhibitions with its latest offering, “Women of Note” held in conjunction with Satchmo Fest, an annual traditional jazz festival that attracts more than 50,000 music lovers over one weekend. Other current exhibits include “Satchmo: His Life in New Orleans,” featuring Louis Armstrong’s first cornet and “Pete Fountain: A Life Half-Fast” with the clarinetist’s recordings with Al Hirt and The Dukes of Dixieland.

It seems odd that the city where jazz was born has not had a major institution promoting it. But, in fact, it did. Plans for a museum began back in the 1950s when jazz collectors and enthusiasts founded the New Orleans Jazz Club. The club opened a museum in 1961 on Dumaine Street in the Quarter and then moved to the Royal Sonesta Hotel a few years later. In 1977, artifacts were donated to the State of Louisiana. The collection was moved to The Mint three years later.

Hurricane Katrina damaged the resources and, for a few years, the museum remained closed. Still, the building has become a mecca for music researchers who use the second-floor archives in the Louisiana Historical Center to access untold manuscripts, historic recordings and rare film footage. A reading room is open to all. 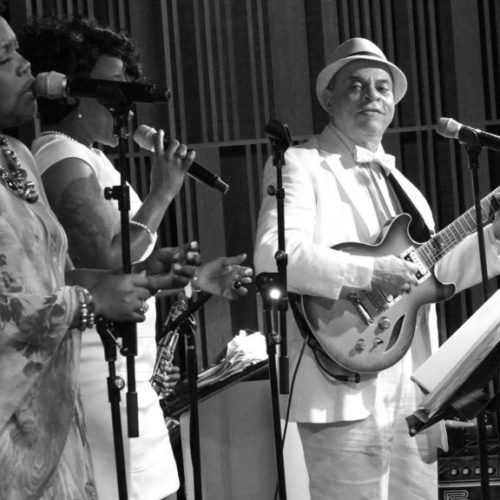 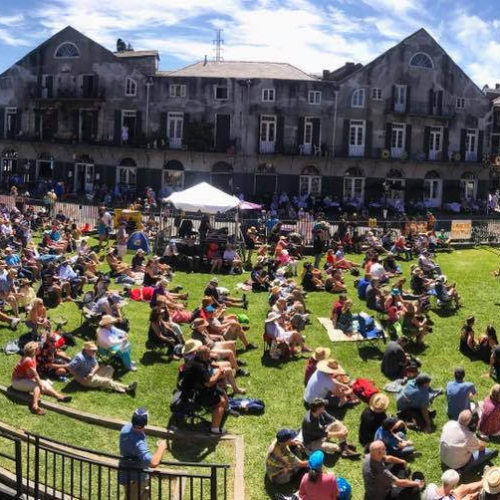 The New Orleans Jazz Museum at The Old U.S. Mint is open Tuesdays – Sundays 10 AM – 4:40 PM. This coming week, free concerts will be held in the third-floor performance art theater at 2 PM on Tuesday, Aug. 8 with the Down on Their Luck Orchestra led by Ranger Matt Hampsey, Michael Harris on bass guitar, Joe Stolarick on drums Hubie Vigreux on percussion and Ranger James Barry on alto sax. At 2 PM, Wednesday, Aug. 9, jazz pianist Dr. Michael Torregano plays traditional New Orleans classics. Jazz Yoga, led by Susan Landry and accompanied by jazz pianist Peter Nu, is held at 10 AM. Saturdays in August and September 2. All performances are free.

It’s a Wonderful Life: Voices only
Reviews and Critique

The Valiant Theater is on the fringe
Theaters