As we reach the last week of Women’s History Month, I wanted to take some time to celebrate women who have made history in New Orleans and women who continue to make history today. This curation of articles is designed to highlight several of these women and to honor all women who have helped to shape New Orleans into the cultural center we know and love whether through art, reform, or entrepreneurship. Culturally, there isn’t much that screams New Orleans as much jazz. While jazz music plays an important role historically and today in New Orleans, women in jazz are often underrecognized. Mary Rickard spotlights a few of these female artists in her article here, which was first published on August 10, 2017. As in many other fields – science, literature, visual arts and more – women in jazz have not always received the recognition they’ve deserved. As vocalists, instrumentalists, instructors, composers, dancers and patrons, women have been vitally important to the development of jazz, yet often historically overshadowed by their male counterparts.

In the New Orleans Jazz Museum‘s newest exhibition, Women of Note, women are at the forefront, from composer, pianist, singer, bandleader and second wife of Louis Armstrong Lil Hardin; Louisa “Blue Lu” Barker, 1930s-40s jazz and blues singer known for belting bawdy tunes like “Don’t You Feel My Leg;” as well as pianist Bille Pierce (b. Wilhelmina Goodson), one of seven piano-playing sisters from the Florida Panhandle who toured the Gulf Coast, starting in the 1920s. Billie worked the vaudeville circuit, accompanying Ma Rainey and Bessie Smith, according to Music Rising at Tulane, marrying cornetist Dede Pierce, an Afro-French Creole from New Orleans.

The displays include photographs of the Boswell Sisters, whose three-part harmonies were resurrected and have been kept alive by the Pfister Sisters, and Sweet Emma, a piano player from the 1920s and ‘30s with the Original Tuxedo Orchestra under Papa Celestin who later accompanied the Preservation Hall Jazz Band. Contemporary jazz artists, including Stephanie Jordan, Germaine Dazzle, Marla Dixon, Aurora Nealand and Meschiya Lake are also pictured in the show. 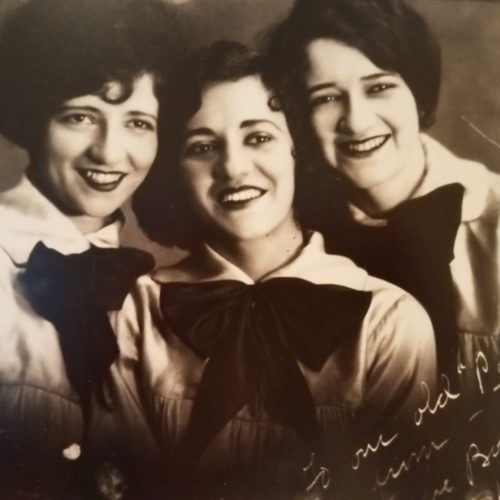 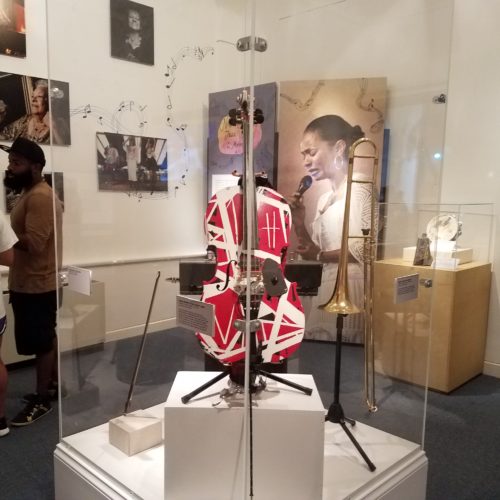 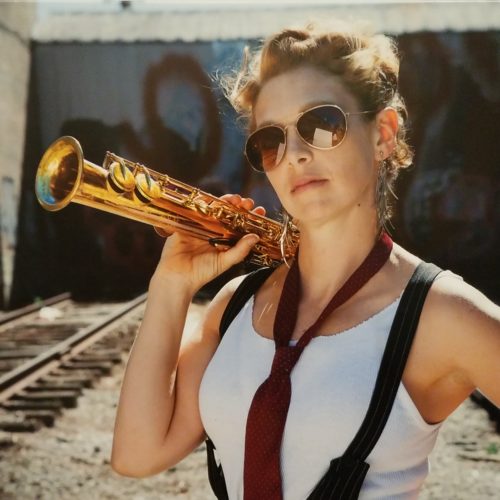 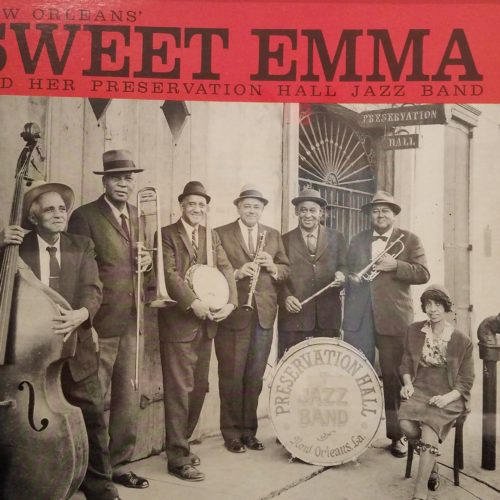 Recordings of Barker, jazz vocalist Lillian Boutte, songstress Germaine Bazzle, and Belgian transplant cellist Helen Gillet are featured at the museum’s listening stations. Archived performances of some of the most outstanding female jazz artists are presented in a continuous loop film. 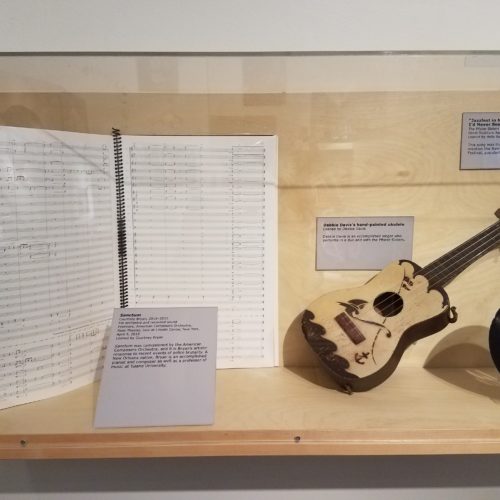 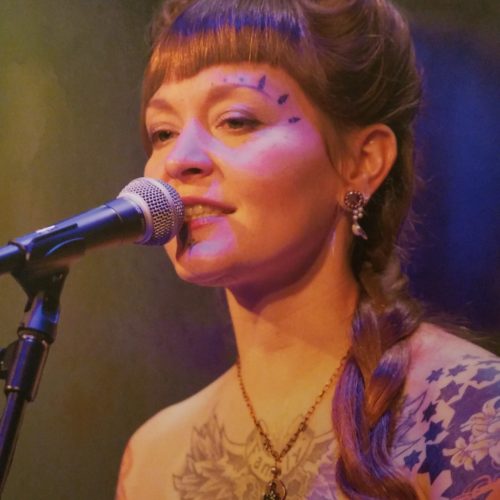 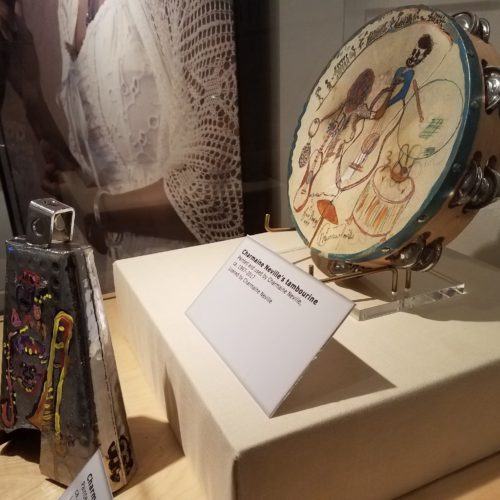 Memorabilia such as Charmaine Neville’s hand-painted tambourine and cowbell, Debbie Davis’ ukele, Gillet’s cello and an original score of “Sanctum” by composer Courtney Bryan, a professor of music at Tulane University, which was performed at the Rose Theater during Jazz at Lincoln Center in New York City are also on display. 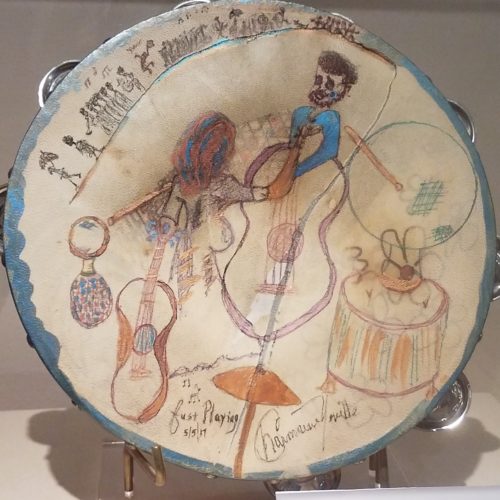 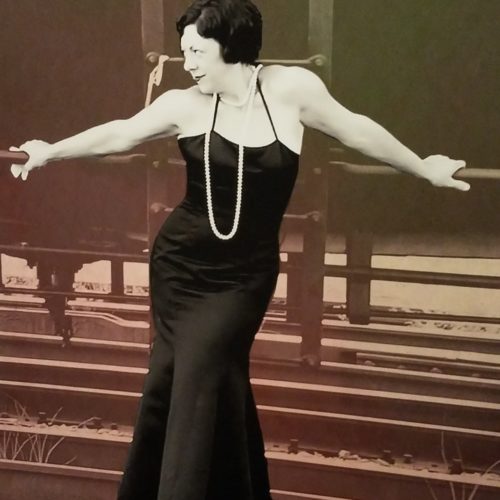 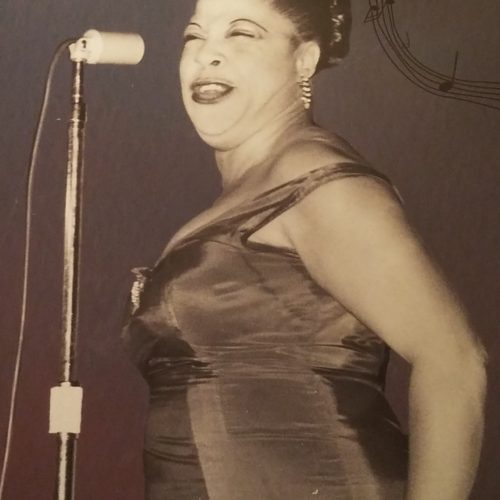 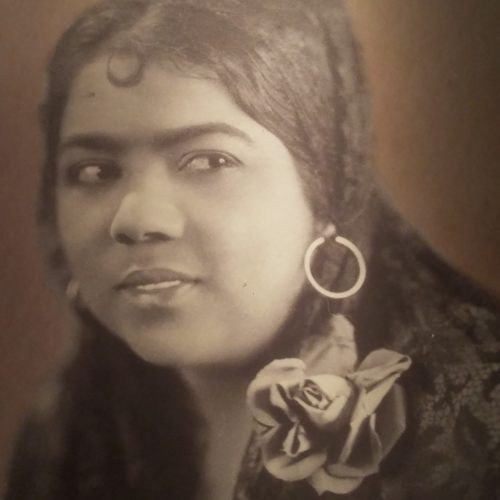 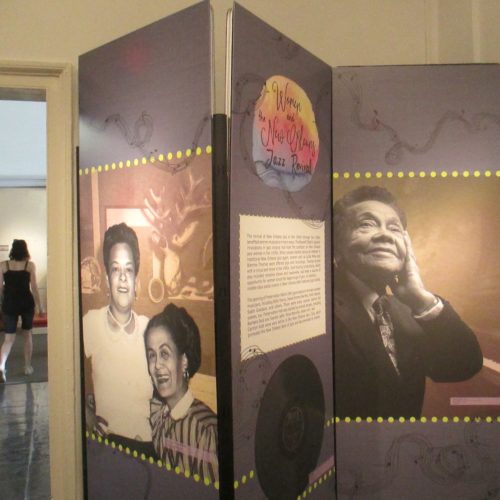 […] in the current exhibit, Women of Note, at The New Orleans Jazz Museum. Via Nola Vie featured a review of the exhibit, including the version they […]