Life beyond Covid #8: Buddha and Shiva at NOMA 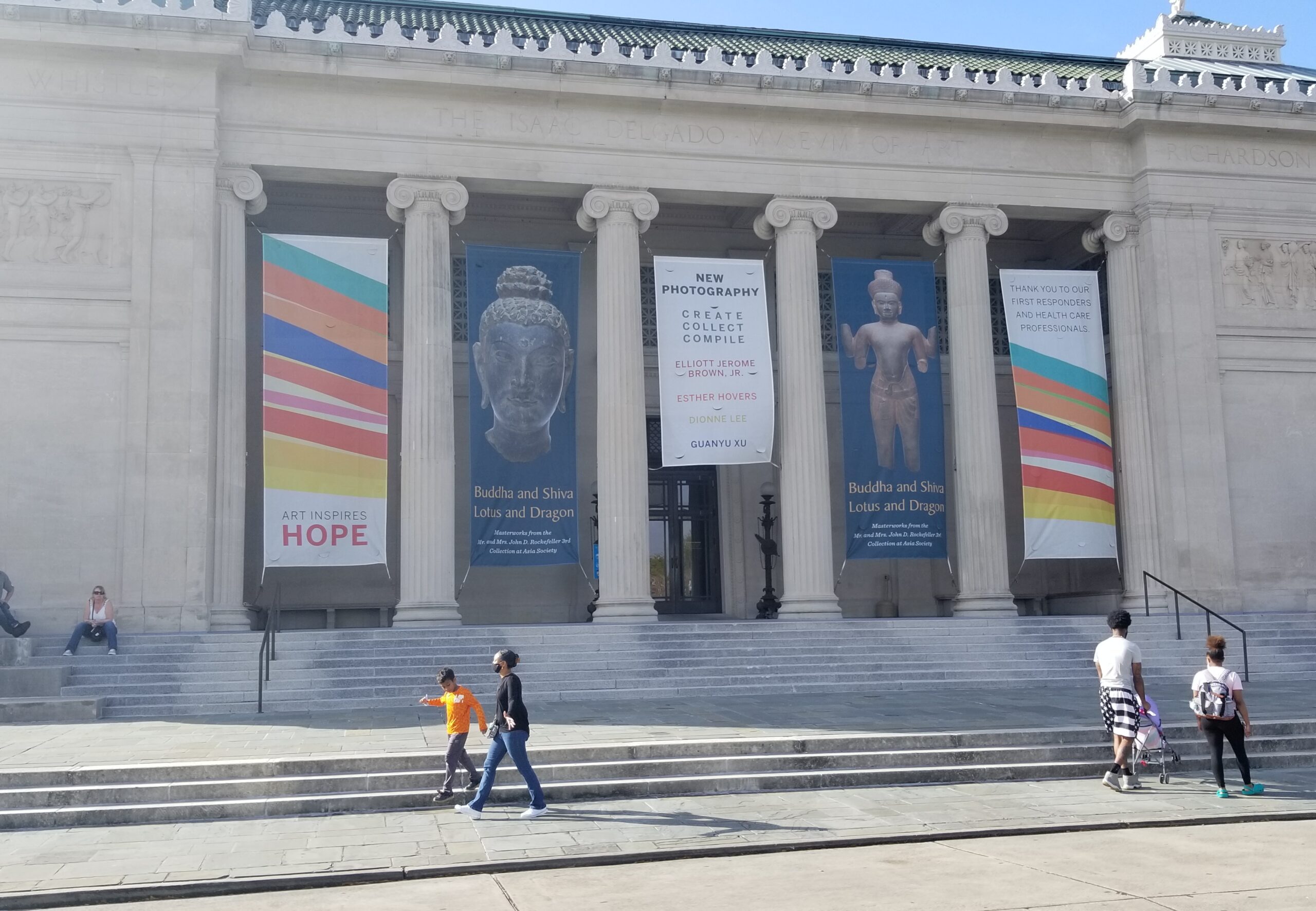 Are you feeling anxious about the future, frustrated with the present and generally overwrought? If you are seeking serenity, consider visiting New Orleans Museum of Art’s most recent exhibition, Buddha and Shiva, Lotus and Dragon to calm your nerves and open to enlightenment.

The historical Buddha, Shakyamuni, was born into a royal family during the 5th century B.C. in a kingdom near the current border between India and Nepal. Troubled by sickness, aging and death, he rejected his princely life, embarking on a spiritual journey. Finally, when years of self-discipline had not revealed a way to end his pain, Buddha sat under a tree to meditate and achieved enlightenment. Voila!

As we know him today, Shiva is an amalgamation of various older deities into a single figure, due to the process of Sanskritization and the emergence of the Hindu synthesis in post-Vedic times.

Seventy masterworks from the Mr. and Mrs. John D. Rockefeller 3rd Collection at Asia Society in New York, illuminate the impact and transformation of artistic styles associated with Buddhism and Hinduism as they were transmitted across the continent over hundreds of years. John D. Rockefeller III (1906-1978) and Blanchette Hooker Rockefeller (1909-1992) began collecting Asian art after World War II with the goal of improving understanding between the citizens of the United States and those of Asia.

In total, Rockefeller’s full collection of almost 300 works of art spans more than two millennia, from a 6th century B.C. food vessel that was found in Shandong Province to a Japanese pillow dating from the late 18th to early 19th century.

Some of the earliest artworks were sculpted from schist, a coarse-grained metamorphic rock with layers of minerals, such as the Bodhisattva Avalokiteshvara in the form of Khasarpana Lokeshvara from the Pala Period India, Bihar or Bengal (8th-12th century). Avalokiteshvara, the Bodhisattva of Compassion, takes on a variety of forms to assist the faithful and spread compassion in the world. One of the most important is that of the Khasarpana, or “Sky-Gliding” form, which shows a youthful deity with an elaborate hairdo.

Later statuary from the 10th and 11th centuries were crafted with brass, copper and silver. 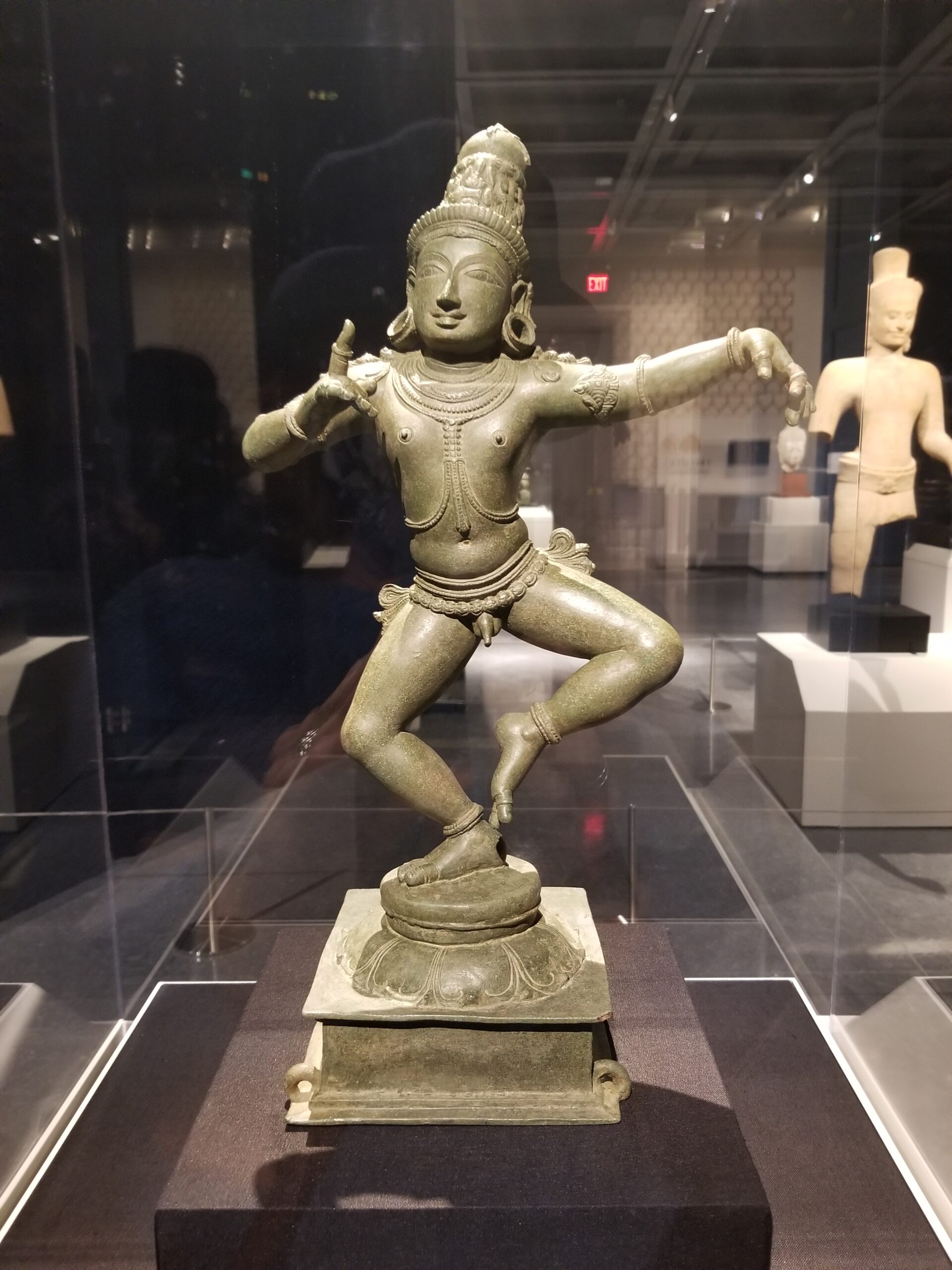 The form of Buddhism known as Theravada, emphasizing a monastic path to enlightenment, was adopted in Sri Lanka and became the predominant form of Buddhism in Southeast Asia. Mahayana Buddhist doctrine argues that a wider group of laity can become enlightened – even you.

The Helis Foundation’s Art for All program, granting Louisiana residents complimentary admission to local museums, has changed its free days to Wednesdays. The Buddha and Shiva exhibit is $5.

So, get off the couch! There is life beyond Covid.