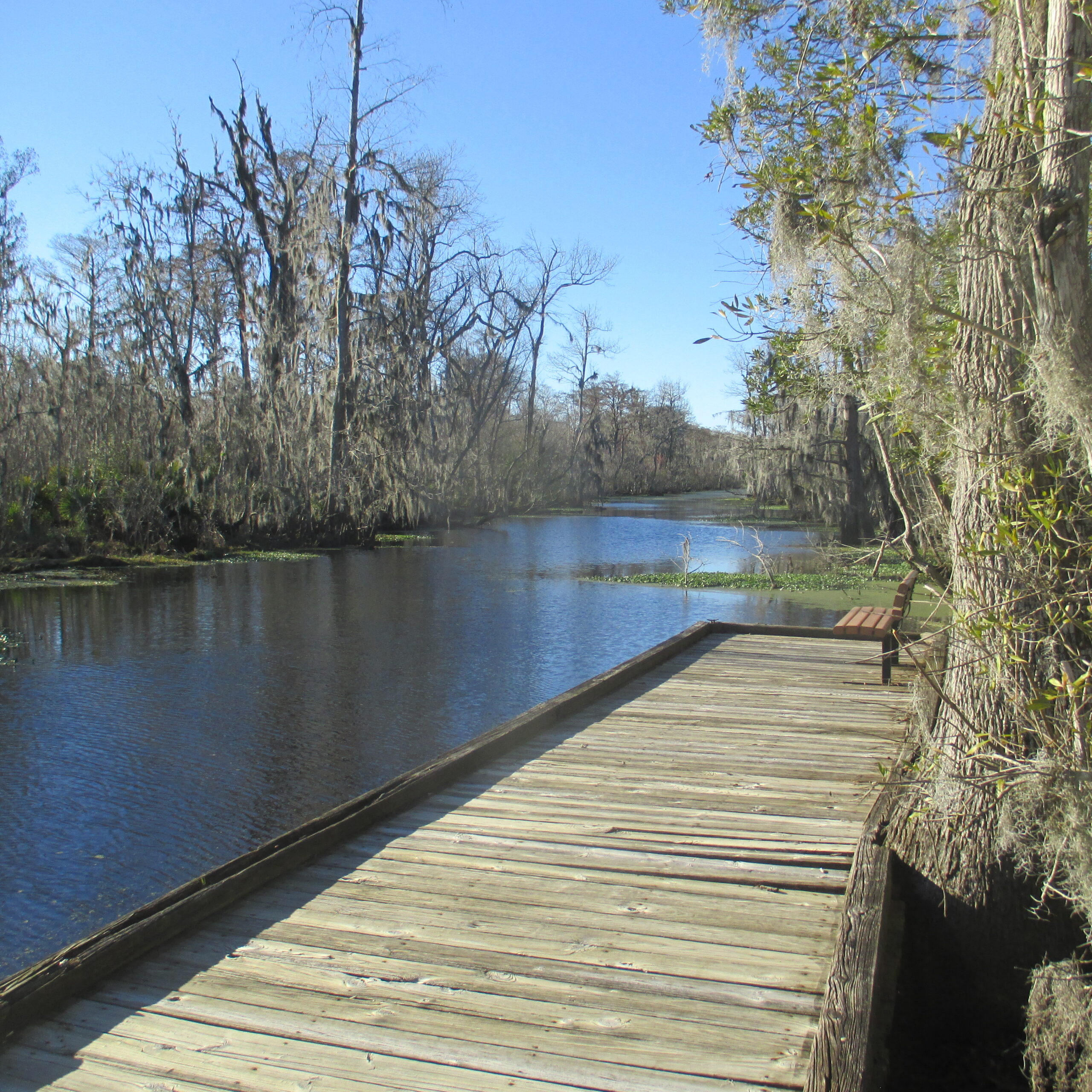 You might remember the story from a decade ago about the Colombian university president who was lost four days in Jean Lafitte Preserve while in pursuit of a Wood duck. At the time, I thought that was impossible since my perception of the park was it was not very large. But yesterday, driving without GPS, I got turned around and realized the 26,000-acre Jean Lafitte Park and Preserve on New Orleans’ West Bank is a lot bigger than I had imagined. 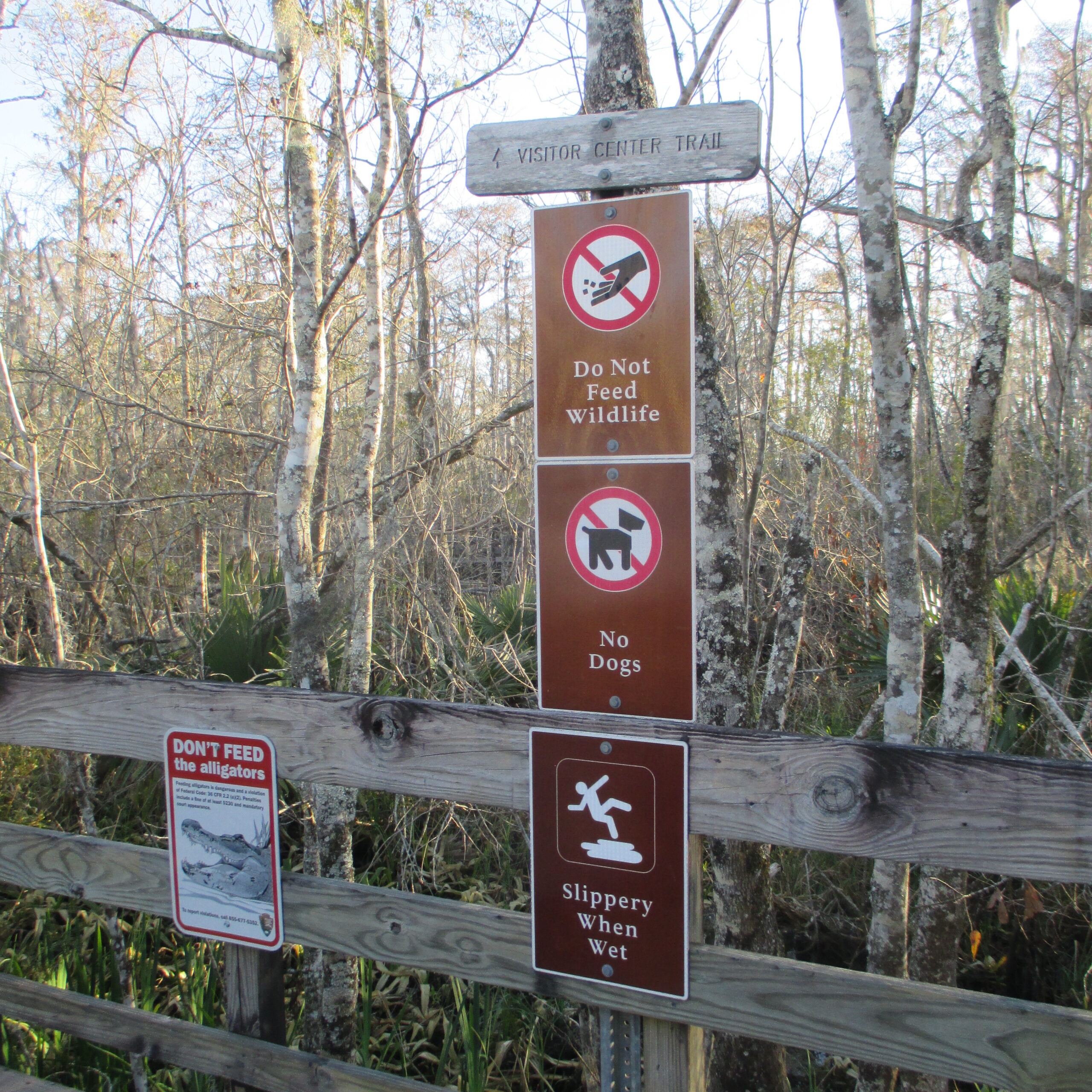 (The NPS website suggests you double-check directions with a physical map since not all GPS systems successfully locate the preserve; I can confirm this.) The NPS website is almost equally hard to navigate. Admission to the park, trails and picnic grounds, is free of charge.

A leisurely walk through luscious cypress forest is a proven antidote to the negative effects of isolation resulting from Covid-19. Research has shown that spending time in nature reduces anxiety and depression, improving mental and physical wellbeing. Lafitte Preserve is home to 200 species of birds, as well as alligators, snakes and deer.

I usually walk the one-mile Palmetto Trail that starts on the south side of Highway 45 at the visitor center, currently open only Friday through Sunday, from 10 a.m. to 4 p.m. The park website states the Palmetto Trail, which follows a boardwalk over the swamp, is closed for maintenance, but I found that information outdated. The morning, park ranger-guided wetlands walks are, however, temporarily canceled. Learning materials about plants and animals are available online to make visiting with children more educational. Several other trails, including the Bayou Coquille Trail, which starts in a prehistoric, Native American midden filled with discarded clamshells, bisects tropical wetlands, taking you through an abandoned oilfield road and ending at a 19th-century canal. A couple of years ago, a protective mother alligator made this trail frighteningly impassible, but I believe she has returned to her home in Bayou Segnette.

An audio tour, narrating seven stops on the Coquille trail is available by calling 504-799-0802 on your cell. A map posted online lists several other open trails. 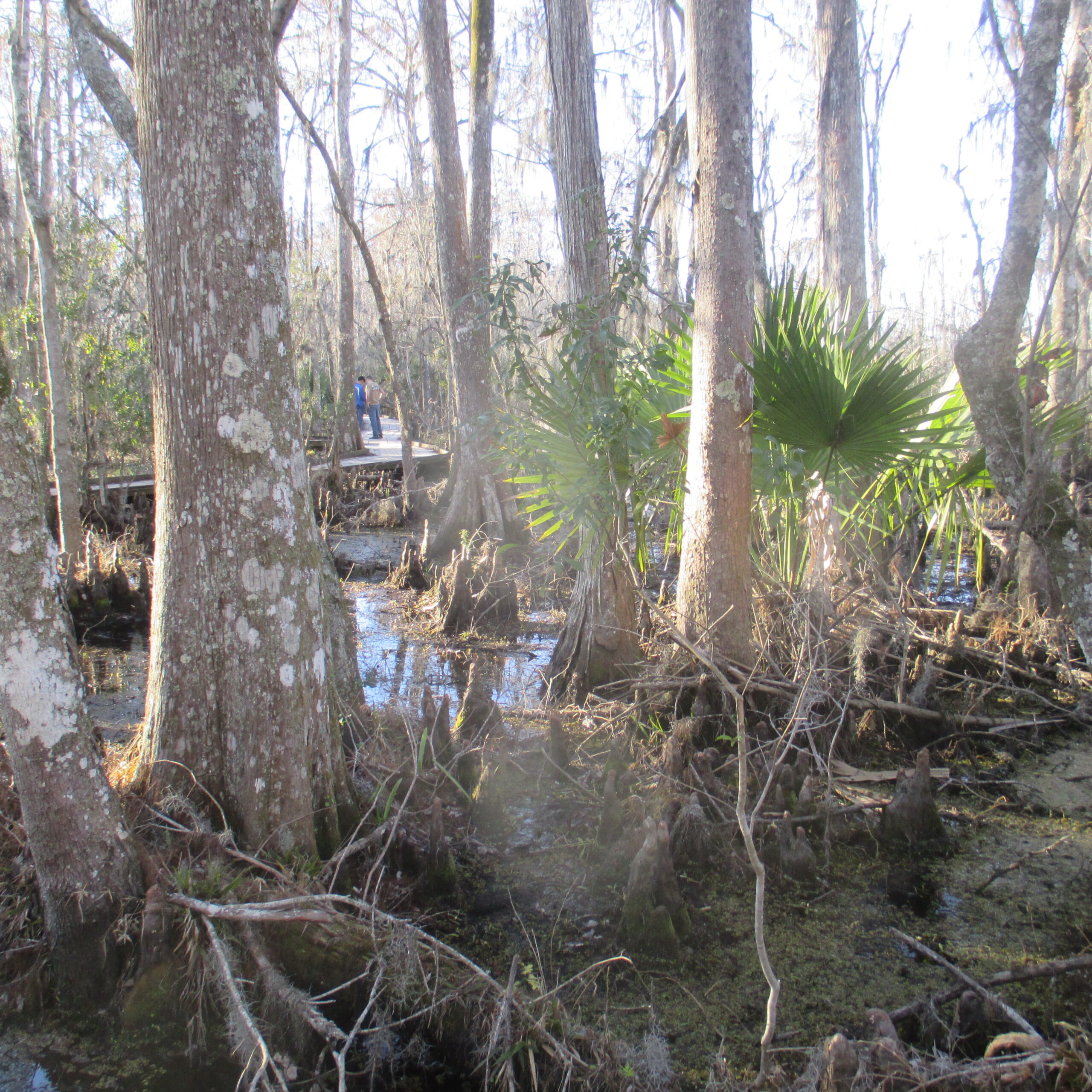 This trip, I chose to walk trails on the north side of Highway 45. It is in this area, I believe, where Francisco Piedrahita got off the trail. Let that be a lesson. I learned from turning off the highway at Christmas Road and venturing into Pecan Grove, that this is where in 1779, Gov. Bernardo de Galvez settled farmers and fishermen from the Canary Islands, called Islenos. Fifty-six families were brought to live along Bayou des Families to help protect New Orleans from a possible British Invasion. French remained the dominant language of Louisiana even under Spanish control. Flooding from the Mississippi River forced most to relocate just three years later. 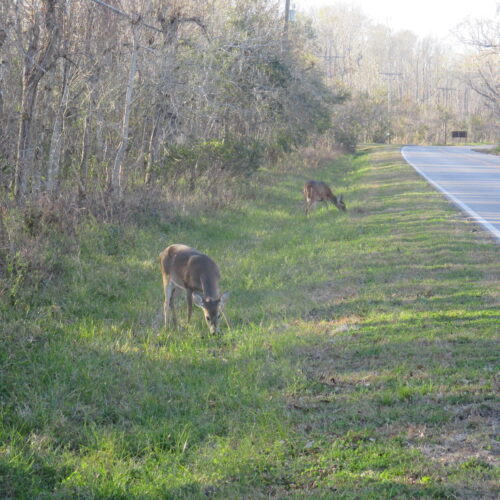 Deer by the roadside. (Photo by: Mary Rickard) 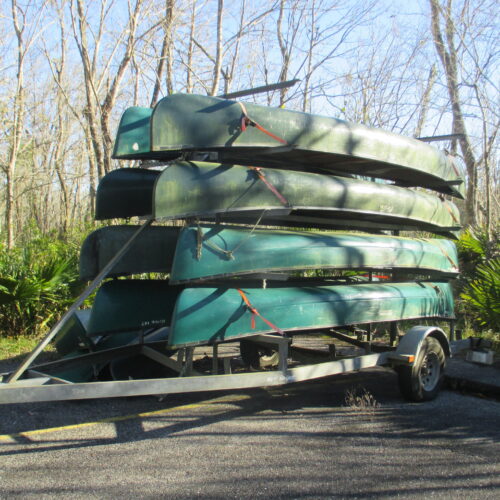 Canoeing, anyone? (Photo by: Mary Rickard) 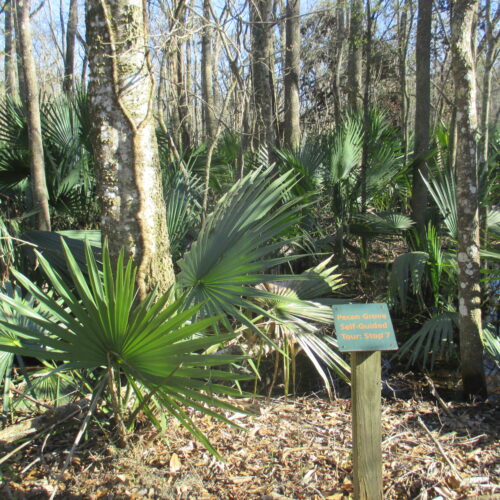 Once the coronavirus passes, you will be able to rent canoes to paddle in the bayou. Old Barataria Trail is a remnant of the public road built by the Spanish colonial government. The Spanish called it El Camino Real de Barataria, the royal road of Barataria. It was known to the French as Le Chemin de Barataria.

The word Barataria comes from Miguel de Cervantes’ classic novel Don Quixote de La Mancha. Don Quixote’s companion Sancho Panza was made governor of an island called Barataria. In the old Provençal language, barataria means fraud. Sancho Panza’s island was land-locked, therefore, a fake island. Isle Barataria was high in elevation, but not completely surrounded by water. Barataria was later used as the name for a nearby bayou, the bay where it drains, and eventually the entire region.

So, get off the couch and take a hike. There is life beyond Covid.