Editor’s Note: 85% of the US population owns a smartphone(statista). This adds to the constant busyness of  lives and makes it hard to unplug; it can also lead to unneeded stress. According to a 2019 study published in Scientific Reports, spending at least 120 minutes in nature a week is associated with good health and decreased stress (White et al).  In other words, sometimes we are in need of a stroll through the park, so that’s what we’re giving you. The following is a collection of articles about different parks in New Orleans. The collection features historical articles, talking about the history of different parks; informative articles, featuring different events that can be attended at parks; and creative writing that draws inspiration from the park’s beauty. Our goal through curating this selection was to give anyone the ability to take a virtual stroll through the park. We hope this collection provides a much needed disconnect from the world, and inspires you creatively. This piece on Crescent Park was originally published on Mar 26, 2022 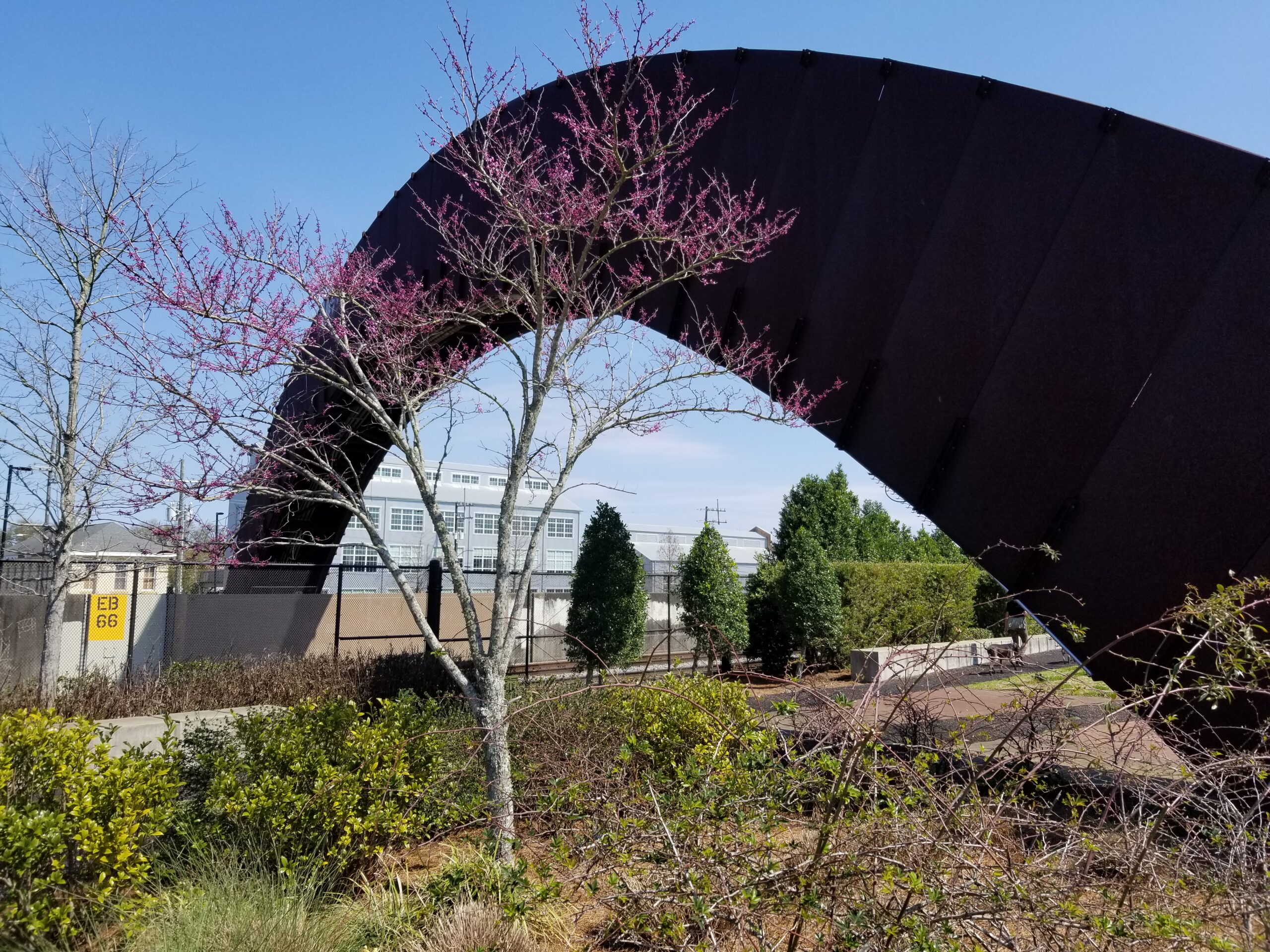 The first signs of spring in Crescent Park. (Photo by: Mary Rickard)

One of New Orleans’ hidden gems is Crescent Park, a 1.4-mile, 20-acre sliver by the river. Given that we live beside one of the greatest rivers in the world, it is shame there are so few places on the East Bank to see it, but Crescent Park, which opened in 2014, was designed to forge connection between residents and the Mississippi with its industrial and maritime vibe. 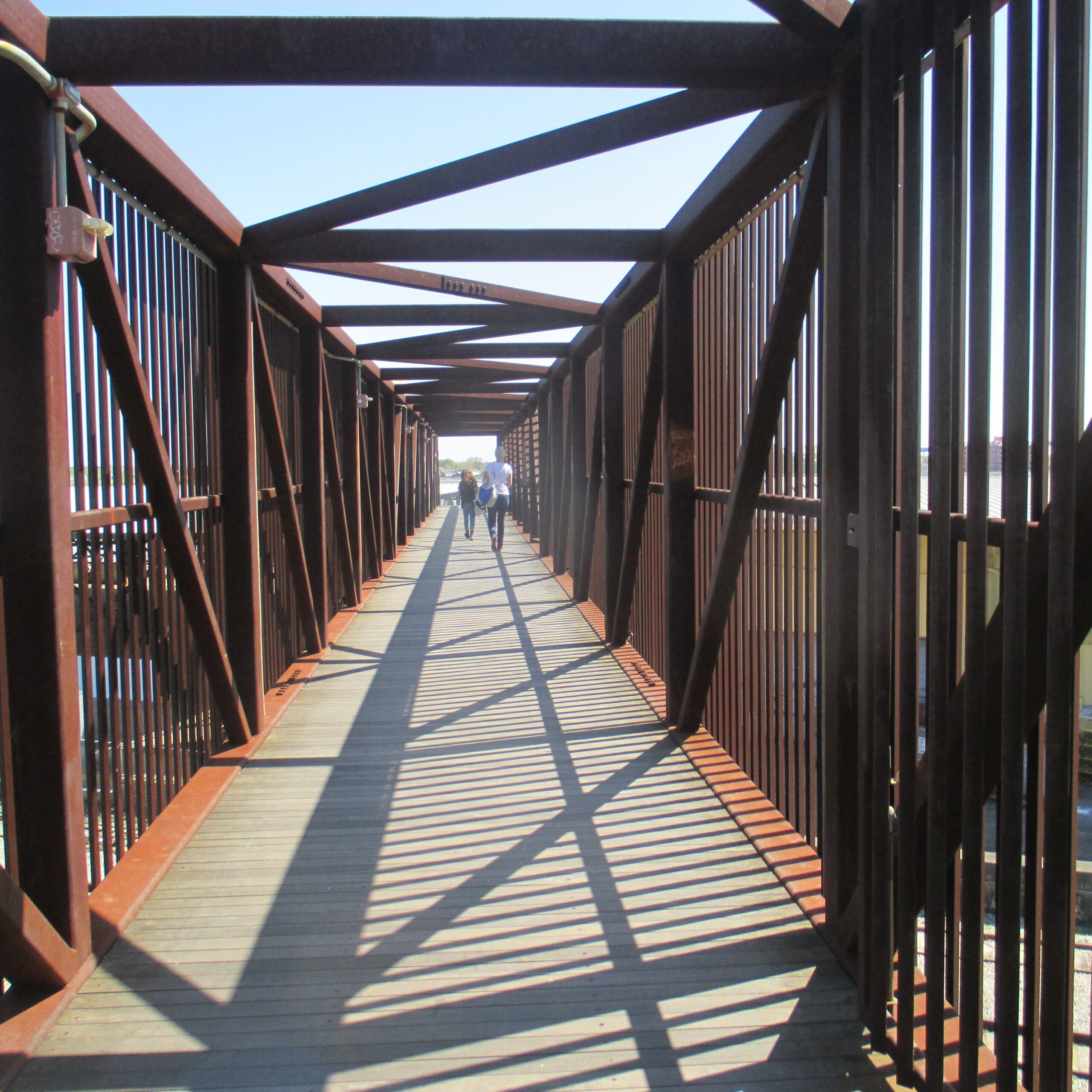 A walk on the rainbow bridge. (Photo by: Mary Rickard)

Crescent Park is actually part of the French Market District. You can take the Riverfront Street Car, exit #10, or walk right through the traditional marketplace, past Elysian Fields Avenue and get into the park via a steep metal staircase or elevator, then traversing (Mandeville Crossing) bridge over the railway tracks. From that lofty height, enjoy a magnificent view of the river’s bend, Mississippi River Bridge and French Quarter. Below, a pedestrian path flanks the river, dotted with benches and breathtaking overlooks. 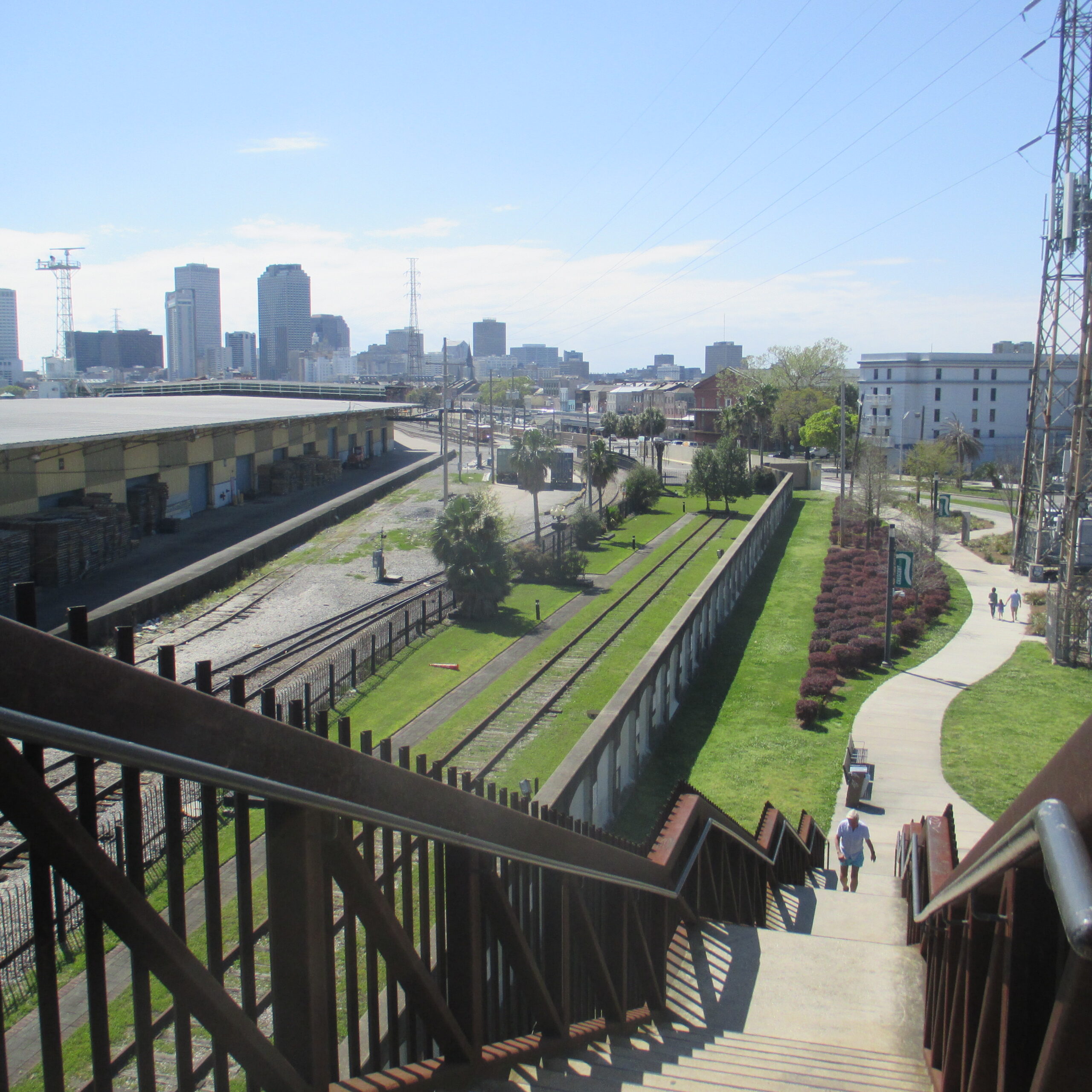 Indigenous plants include seasonal flowers, native grasses, azaleas, Sago and Pygmy Dwarf palms and gem Magnolias. Traces of railroad spurs that once peeled off the main railroad line remain, leaving curving ballast and iron spokes that create alternate pathways. Everything’s not in bloom yet, but soon will be. At different times, hip-hop and Zumba afternoon exercise classes and the occasional farmers’ market have been held here, although those may be pushed off a while longer.

At Piety Street Wharf, the “Rusty Rainbow” staircase permits access from a dedicated parking lot and North Peters Street. Not everyone is ready for the aerobic climb up and over, but the ascent affords a lovely view of 1,200 feet of riverfront gardens and picnic area.

Continue along the path to appreciate an impressive bronze and marble monument, honoring the many Latin American workers who helped rebuild New Orleans after Hurricane Katrina. Often, on this grassy stretch, you might find guitar players strumming or people reading or lounging in hammocks strung between two trees. Last, but certainly not least, a fenced exercise yard permits canines of every size and distinction to fetch, burrow, socialize and sniff to their hearts’ delight. Free waste bags and dog-friendly water fountain make Crescent Park a prime dog owners’ destination.

Elizabeth’s Restaurant, near the Piety Street entrance, has reopened and placed picnic tables outside for breakfasting to make your trip fully satisfying. 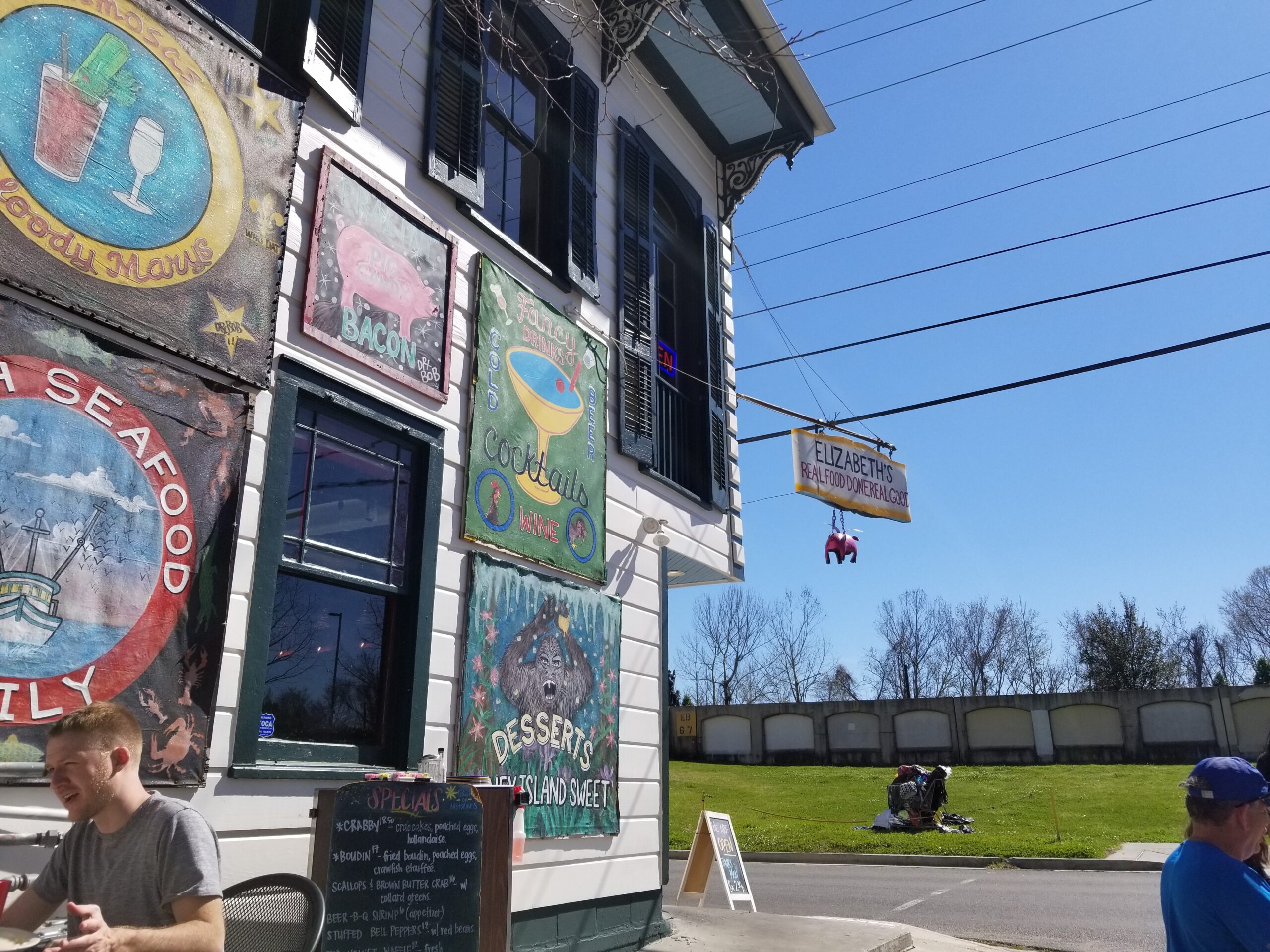