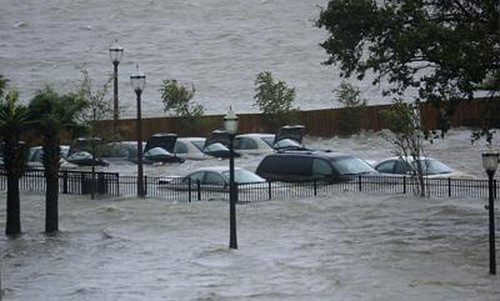 Flooding from the levees breaking in New Orleans after Hurricane Katrina, 2005. Photo by au_tiger01

In New Orleans, “Levee” is a word of many meanings. Natural levees, according to the Coastal and Marine Ecological Classification Standard, are embankments, or wall-like structures of sediment that build up over time on the sides of rivers. They are formed by repeated flooding, during which the river is forced to deposit its largest sediments closest to its banks, building up natural walls within which the river is contained. In a more colloquial sense, New Orleans’ levees are also a space for recreation and exercise — with a bike path that runs down the Mississippi. The levees also represent an imposition of control: the city’s levee system consists of artificial structures built along the Mississippi that maintain its course and prevent it from spilling over its banks.

The levees are, in principle, a benign feature of New Orleans’ geography, a natural byproduct of the river that gives the city life. But the introduction of human will to an organic system inevitably results in the subjectivity of its functionality. In considering the levees, it’s clear that the levee’s history is New Orleans’ history, and New Orleans’ history is one of race and class inequality. 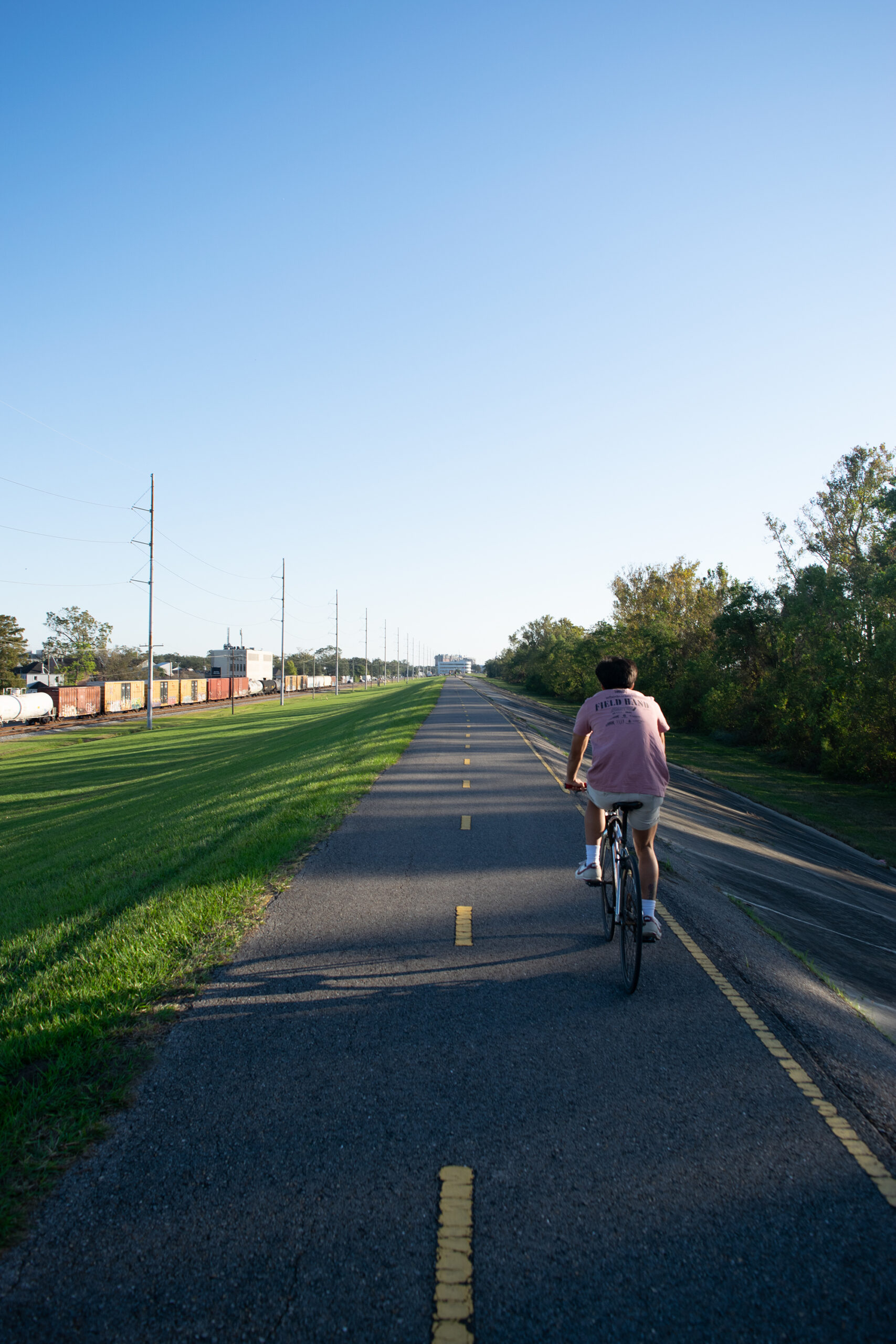 Levee bike path on the Mississippi (Photo by: Jamie Polakoff)

On August 29th, 2005, the most infamous storm in American history made landfall near Grand Isle, Louisiana. Colloquial mentions of levees and levee failures evoke images of the flooding in New Orleans, but nearly 80 years before Katrina, the Great Mississippi Flood foreshadowed the destruction of 2005. In 1927, months of unusually high rainfall caused massive flooding down the length of the Mississippi. Because the Army Corps of Engineers had foolishly adopted a “levees only” policy, no spillways were constructed, and the river’s natural outlets were sealed.

The swell in river water left New Orleans at risk of suffering a levee breach, threatening property and economic destruction. In an attempt to save the city, politicians and businessmen made the decision to destroy the levees in the much poorer St. Bernard Parish, blowing them up with 39 tons of dynamite. The result was roughly 10,000 refugees who were left without reimbursement for the property they lost in the flood, and an impression that their wealthy counterparts didn’t mind sacrificing them in order to preserve their profits.

In 2005, the levees broke again. Hurricane Katrina made landfall as a category 3 hurricane, resulting in $161 billion in damages. Despite the fact that the flooding this time around was a result of poor engineering and not deliberate explosions, rumors still persist that the levees were bombed in order to flush out Black residents. And while in a literal sense that may not be true, the idea that the devastation was engineered to disproportionately harm poor, Black residents isn’t without merit.

Though Katrina flooded 80% of the city, the brunt of the damage was borne by Black citizens. Black homeowners were three times as likely to be flooded as white ones, and damaged areas were 45% Black, compared to only 26% in undamaged areas. Historically Black neighborhoods, such as the Lower Ninth Ward and New Orleans East, sit as low as 8 feet below sea level. When the levees broke, those same neighborhoods sat under as much as 10 feet of water. That the most flood-susceptible neighborhoods were predominantly Black wasn’t coincidence, however. In 1935, the Home Owners Loan Corporation began drawing up redlined maps of over 200 cities across the United States, classifying neighborhoods by their levels of “residential security”. In New Orleans, this restricted the areas in which Black people could buy homes, forcing them into areas at higher risk of flooding.

Those same neighborhoods also faced the most challenges rebuilding. In the wake of the storm, questions were raised as to whether or not it made financial sense to rebuild the lowest-lying neighborhoods, despite the fact that New Orleans was at risk of losing 80% of its Black population if those areas weren’t restored. And when the rebuilding efforts did come, they came to affluent, white neighborhoods like Lakeview, which despite facing flooding and destruction on par with the worst in the city, has been rebuilt with elevated housing and an increasing population in recent years. New Orleans East, on the other hand, is only about 80% rebuilt, while the Lower Ninth is still less than half as populated as it was before Katrina.

These relief decisions were the result of a rich, white upper class whose vision for a post-Katrina New Orleans included “fewer poor people,” and asserted that the city would have to be demographically and politically different, or else they would leave. The demographics in question were those of a city where Black people made up nearly two thirds of the population, and where damaged neighborhoods housed 80% of that Black population, compared to just 50% of white residents. Meanwhile, men like Ashton O’Dwyer and James Reiss, who served in Mayor Ray Nagin’s administration and made the above statements, were able to sip highballs and fly in private security to protect their property as over three fourths of the city sat underwater.

The levee breaches of 1927 and 2005 were different in nature, but each exposed the same underlying issues that plague New Orleans: in taming the precarious bit of nature that New Orleans occupies, the James Reisses and Ashton O’Dwyers of the world don’t mind evicting their poorer neighbors in the name of their own interests. Rather, the very floods that built the first natural levees on the banks of the Mississippi became instruments of class warfare with which the city’s elite wrought their own vision of an ideal New Orleans. The natural levees represented the river’s will, but the imposition of man-made levees have come to represent the will of New Orleans’ haves over its have-nots.