Holiday hot topics: Names and a legacy of racism.

Editor’s Note: With 2020 being the hot button it is, we’re “leaning into the suck,” as Kelley Crawford put it, and giving you the topics of conversation you’d usually avoid during the holiday season. But with Covid cases rising, chaos in the White House, and the fifth rider of the Apocalypse (boredom) still trotting along, we’re no longer avoiding anything. So, here you go: our racist history and what’s being done about it. Pass the wine and start talking!

Last November, Tulane University held a ceremony to celebrate the renaming of one of its on-campus residences. Previously known as the Willow Residences, the Decou-Labat Residences are now named for the first two Black undergraduates to receive degrees from the university, Reynold T. Decou and Deidre Dumas Labat. The dedication was part of the “Tulane Trailblazers” initiative, an effort by the school, in the words of President Mike Fitts, to honor “Tulanians who led the way to the university becoming a more inclusive, diverse, and welcoming community.”

But as the ribbons were cut, two buildings at the south end of campus retained their names, which students have long asked for the administration to change. Gibson Hall, which houses the university administration, and F. Edward Hebert Hall, which rather ironically houses the history and Africana studies departments, are named for Randall L Gibson and F. Edward Hebert. Gibson, a Tulane alumnus, was a Confederate general and served as the first president of Tulane’s Board of Administration. Hebert, also an alumnus, was Louisiana’s longest tenured congressman, and a staunch opponent of desegregation. That these buildings are named for these men is troubling enough. But Tulane’s decision not to rename them when dedicating a building to its Black alumni is even more puzzling, and is perhaps indicative of a larger problem regarding public symbols of racism in New Orleans. 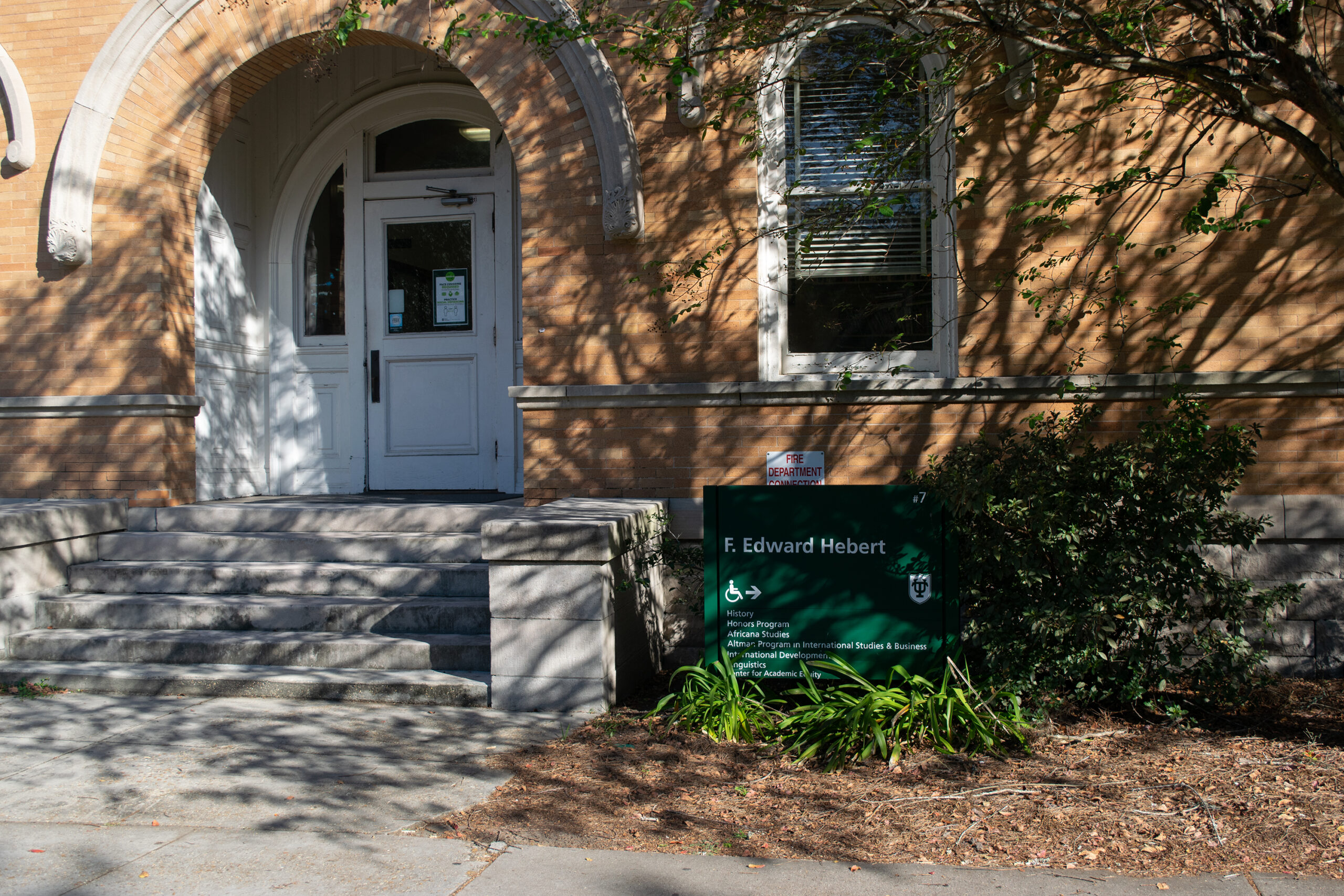 Consider for a moment the namesakes of New Orleans’ streets and thoroughfares. Robert E. Lee Boulevard, Jefferson Davis Parkway, and Lee Circle, as well as Calhoun Street and Palmer Avenue near Tulane’s campus, are all named for men affiliated with the Confederacy. Even Tulane University’s own name comes from Paul Tulane, who was New Orleans’ most generous donor to the secessionists. Like Gibson and Hebert Hall, these street names represent a troubling homage to the South’s checkered past, in spite of former Mayor Mitch Landrieu’s assertion that “[Confederate] statues were a part of [racial] terrorism as much as burning a cross on someone’s lawn.”

Landrieu’s statement wasn’t entirely without substance. His words were part of a longer speech regarding the 2017 removal of several Confederate monuments in the city, including the statues of Robert E. Lee and Jefferson Davis that used to stand at Lee Circle and Jeff Davis Parkway. In similar fashion, Tulane recently removed its “Victory Bell” from campus, after learning of its origin as a plantation bell. In a letter to the Tulane community, President Mike Fitts stated: “Now that we understand its history as an instrument of slavery, continuing to use this bell in a celebratory manner would run counter to our values.”

In spite of these values, however, Gibson and Hebert Hall have kept their original names. In 2017, following the removal of the aforementioned statues, Tulane’s Undergraduate Student Government passed a resolution to rename Hebert Hall. The resolution, inspired in part by the work of grassroots organization Take Em Down Nola, did not actually hold the power to change the hall’s name, but instead demanded that the administration change the name. Despite the renaming of the Willow residences, it has yet to do so. Equivalently, Take Em Down Nola, whose activism pressured the city into the 2017 monument removals, has repeatedly called for ALL symbols of white supremacy to be removed from the city, including the renaming of streets, school names, and buildings. These demands, like Tulane’s USG resolution, have been largely ignored by public officials. As noted by Take Em Down organizer Michael Quess? Moore, even when the city has acknowledged them, they were told “You can thank me for protecting you!” 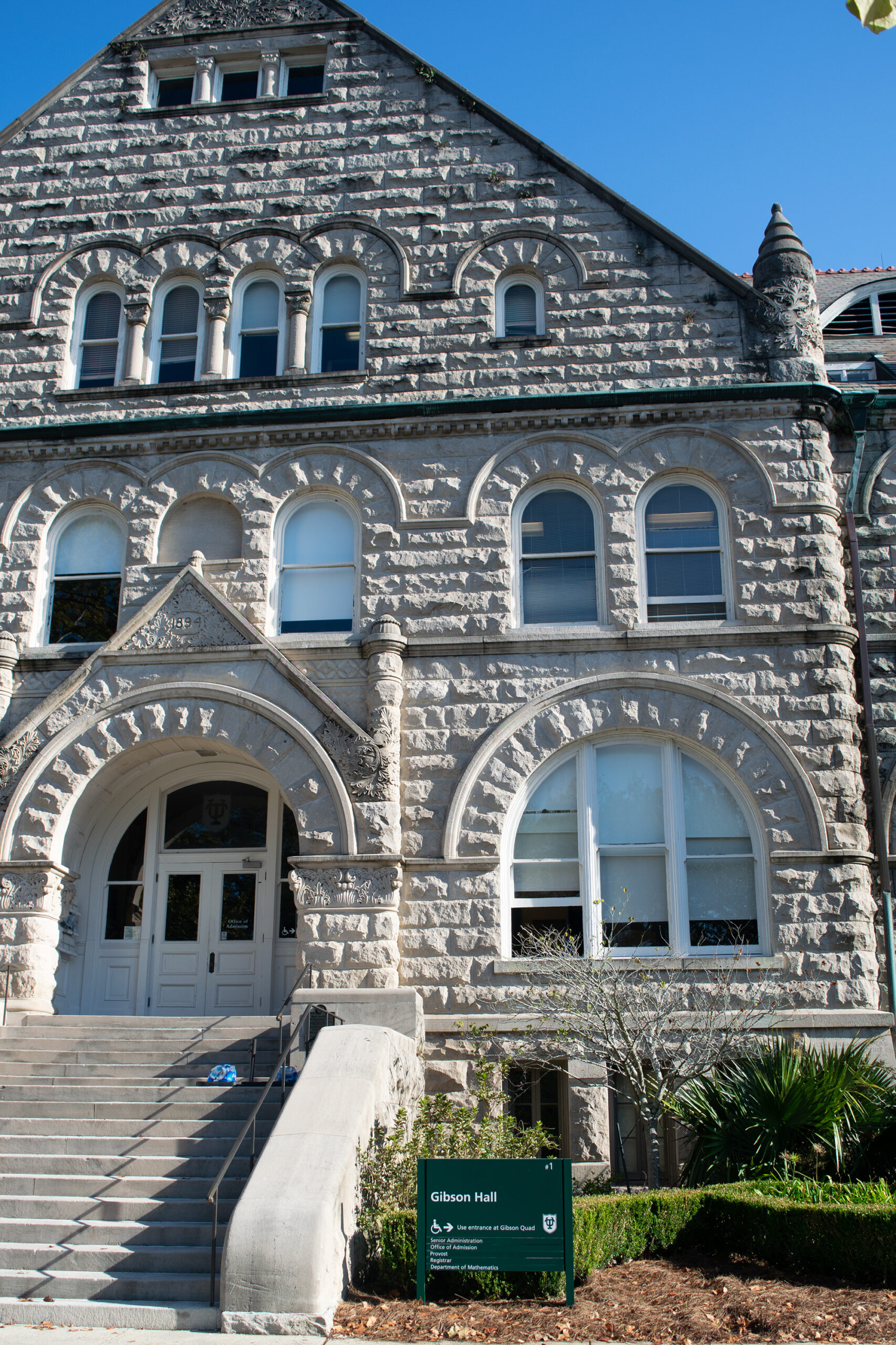 So what is to become of the symbols of white supremacy that are still standing? Following the memorial day killing of George Floyd by Minneapolis police, twitter user Sarah Parcak published a thread detailing how to topple an obelisk shaped monument. Parcak, who is a professor of Egyptology at the University of Alabama at Birmingham, was referring to a Confederate monument in downtown Birmingham. The monument was subsequently removed by the city to ensure public safety, sparking a country-wide wave of monument removals by both public officials and angry protestors, numbering at least 38 in three months. At the same time, Tulane’s history department took matters into its own hands, unofficially renaming Hebert Hall to Gwendolyn Midlo Hall, in large part as a response to the growing national discourse surrounding race and racism. Tulane hasn’t budged on an official renaming of Hebert Hall yet, going so far as to assert that the building’s name indeed remains unchanged. But 2020’s civil rights movement is indicative of a country impatient for change, and Tulane’s decisions about which buildings to rename will muddy the waters around which side of history it stands on.

This article is part of the “Do Better” series written for Kelley Crawford’s Alternative Journalism class that is taught at Tulane University.