Taylor Swift’s newest album: The sounds and meaning behind “evermore” 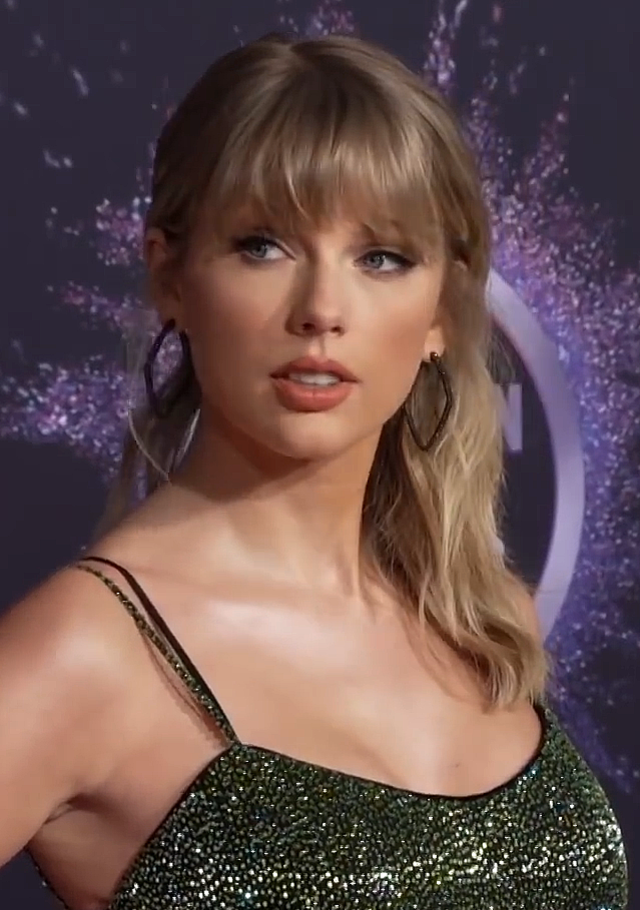 Taylor Swift in 2019, right before the Covid-19 pandemic and the creation of her 8th and 9th studio albums | Image: Cosmopolitan UK

On December 10th, 2020, Taylor Swift shocked fans by releasing her second surprise album of the year, evermore. This is her ninth studio album, coming only a few months after folklore. Swift described to fans that she simply could not stop writing music, referring to the two as “sister records”.

She wrote, recorded, and released both while in Covid-19 isolation, making them unique in that they represent a time where much was unknown in her life aside from music. Similarly to folklore, Swift announced evermore through her social media accounts less than 24 hours before its release, stating “I have no idea what will come next. I have no idea about a lot of things these days and so I’ve clung to the one thing that keeps me connected to you all. That thing always has and always will be music.”

Although the two albums have a similar feel to them, folklore was more grounded in reality, while many of the tracks from evermore seem to venture off into an imaginary world. Swift uses this opportunity to experiment with and expand upon the acoustic indie-inspired sounds of folklore, leading to further exploration of the world that exists within her imagination.

In previous albums, Swift intentionally utilized specific sounds that can be attributed to particular eras in her life and career. Starting off as a country singer, she slowly shifted her style and became a pop icon, with albums like Red and Reputation defining clear changes in her style. From her very first album, self-titled Taylor Swift, she has used her own experiences with love and heartbreak to create lyrical masterpieces that fans can empathize with. Swift has been scrutinized time and time again for her dating history, and she has used this criticism as inspiration for many of her hit songs. Her music is vulnerable and full of raw emotion, especially considering that with each song she releases, she is sharing her inner thoughts and feelings with hundreds of millions of people.

Putting her feelings on display for the world has led Swift to receive frequent backlash and criticism. As a young, white female artist who has been in many public heterosexual relationships, much of the scrutiny she faces is in regards to her “long list of ex-lovers,” which she famously alludes to in her 2014 hit titled “Blank Space”, the second track on her album 1989. In a classic societal double standard, Swift is shamed for her large number of past relationships, while straight male artists are often celebrated for their music that covers similar topics. I feel this critique is unjustified, especially when it is intentionally directed towards strong successful females, as personal stories and genuine emotion make music more authentic. Swift uses music to cope with her experiences, and the songs full of passion and emotion that result from this are what make her so lovable and relatable to fans. It is an artist’s right to create pieces based upon their experiences and feelings, and that story is no one else’s to tell but their own. She has responded to her haters in iconic songs like “Shake It Off”, reclaiming the narrative and once again proving that the hate only fuels her success.

Swift has earned tons of critique over the years for simply choosing to share her life through her music, and evermore has been no different. The album is unique compared to her past work in that it features a number of songs about fantasy worlds and tells stories that are not from Swift’s perspective. She creates a complex universe full of charming narrators, couples amidst disagreement, friends full of disdain, and complicated, powerful women.

As always, Swift has woven in elements of her own life, with various personal anecdotes placed where she saw fit. Breakup songs are her longtime specialty, and the ones on evermore seek maturity by stepping back and looking at situations through the lens of various characters. The last song completed for evermore was “Happiness”, written only one week before the album’s release. It tells the story of someone who has just gone through a breakup as they realize that despite the excruciating heartbreak they feel now, one day they’ll find happiness again. Swift sings, “There’ll be happiness after you/But there was happiness because of you/Both of these things can be true.” She uses a slow pace and intentional tone throughout the piece, emphasizing the mature approach she has learned to take in her own life when coping with a breakup. She acknowledges the healing process one must undergo, stating, “No one teaches you what to do/When a good man hurts you/And you know you hurt him, too.” Though this story is not written from Swift’s point of view, the lyrics nonetheless display her personal growth when compared to those of breakup songs that she wrote as a teenager. 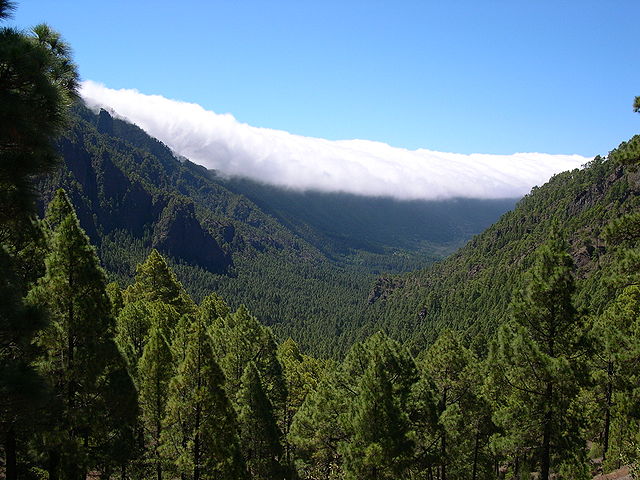 The most autobiographical song on evermore, “long story short”, discusses the idea of picking the wrong guy. Swift wrote it about meeting two men on the same night, unknowingly choosing the one who is now her ex over her current boyfriend, Joe Alwyn. Alwyn co-wrote songs on the album such as “Champagne Problems” under the pseudonym William Bowery, with other contributions coming from Bon Iver’s Justin Vernon and members of The National.

“Champagne Problems” is one song on the album that focuses completely on other perspectives, rather than mirroring Taylor’s own life. The narrator turns down a passionate proposal after coming to the realization that her and her partner are on different life paths. She sings, “Sometimes you just don’t know the answer/Til someone’s on their knees and asks you.” It’s elaborate, beginning with soft piano chords that become interlaced with guitar flourishes as the story progresses. “Champagne problems” is one of several songs on the album that discusses heartbreak and a need to start over. On the other side of the spectrum, Swift gives us ambitious songs like “No Body, No Crime,” which she wrote with the help of two members of the pop rock band Haim. It begins with the narrator’s friend Este disclosing that her husband may be cheating, and then subsequently disappearing. The narrator suspects that Este’s husband is the murderer, and she seeks vengeance by killing him and covering it up. This story has listeners on the edge of their seats, and in a way it makes the bad guys feel like heroes. It is extremely detailed and well thought out, with lyrics like “I’ve cleaned enough houses to know how to cover up a scene/Good thing Este’s sister’s gonna swear she was with me”. It’s a thrilling tale about cheating, revenge and unsolved murders, using shifting narrations, unique sounds of the harmonica, and intense vocals that fit perfectly with the grim and almost cinematic plotline.

Another fan favorite from evermore is “Marjorie,” a song named for Swift’s late grandmother, Marjorie Finlay. The heart-wrecking song features synth accents amongst hints of the cello and other instrumentation that is simultaneously contemplative and woeful. The background of the track includes climbing violins and even samples her grandmother’s real-life vocals, as she was an opera singer before passing when Swift was only 13. The song details Swift’s regrets following her grandmother’s death in a consoling and reflective tone, with lyrics such as “I should’ve asked you questions/I should’ve asked you how to be” and “What died didn’t stay dead/You’re alive, you’re alive in my head.” This one hit especially close to home for me, as my grandmother and I are extremely close, and her name is also Marjorie. I’d argue that it’s one of Swift’s best songs, and it’s clear she likes this one too, seeing as it’s the 13th track on the album, which is her favorite number.

In using music to process struggles that she has experienced throughout her life, Swift opens up a larger discussion about coping with grief surrounding subject matter such as heartbreak and death. These topics are even more important given that evermore was written and released amidst the global Covid-19 pandemic. So much of the world was experiencing loss, fear of the unknown, and an overwhelming sense of uncertainty, and Swift used music to express herself and relate to others during this time. This sentiment is echoed by Ann Cvetkovich in her piece Depression: A Public Feeling. Cvetkovich combines her own stories with a critical analysis to write about depression as both a cultural and political phenomenon. She even describes how she was affected while finishing her dissertation and writing her first book. As Cvetkovich puts it, “In finding public forums for everyday feelings, including negative feelings that can seem so debilitating, so far from hopefulness about the future… the aim is to generate new ways of thinking about agency” (Cvetkovich, 2). Swift’s music serves as a “public forum” of sorts, allowing others to process their hardships along with her as they listen.

Swift has discussed in the past how much of her life is predetermined, with tours and albums set well in advance. She credits her time in Covid-19 isolation for allowing her to be creative and take a unique musical direction with evermore, an undertaking she likely would not have had time for if she were on tour. This also allowed her to explore new collaborations, and as Swift described on Twitter of herself and the other writers featured on the album, “it felt like we were standing on the edge of the folklorian woods and had a choice: to turn and go back or to travel further into the forest of this music. We chose to wander deeper in.” While much of evermore is about fictional characters, the personal anecdotes paired with Swift’s unmatched storytelling abilities make the songs full of relatable details that resonate very deeply with listeners everywhere.

[…] things “trendy,” do yourself a favor and let go of that. We’re not talking about buying the latest TSwift album here (which I loved, no hate). We’re talking about some delicious beverages–all of which […]

This fall, it’s all about the OGs... with a tequila twist - 21Seeds Blog
Recent Posts on ViaNolaVie
Donate to ViaNolaVie!     GIVE BACK TO THE NEW ORLEANS PUBLICATION THAT’S ALWAYS GIVING!  ViaNolaVie,...