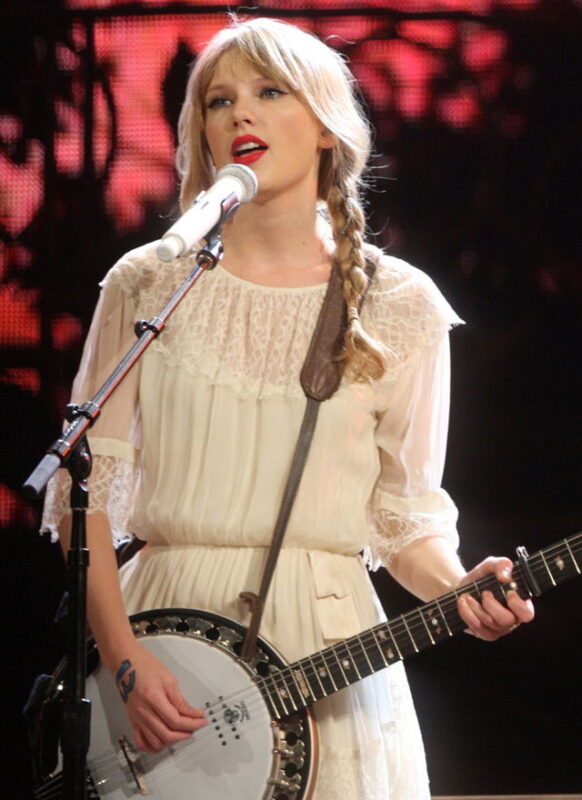 Evermore comes years after Taylor Swift’s musical hiatus. This album can be seen as somewhat of a regress away from the pop sounds that Taylor gravitated towards years ago and a movement towards a more understated melodic style. She does not go fully back into her country roots but instead pulls from alternative and folk genres to produce the sounds and feelings present in this album. The sounds are softer and more authentic compared to her previous auto-tuned albums. While listening, the audience does not feel Swift’s pain from heartbreak but instead hears what she has learned through her relationships over the years.

This album is one of self-reflection. Evermore plays cat and mouse with the listener, just how Swift wants it. In terms of the tumultuous political and cultural times we live in, this album’s goal was to provide a sense of calmness and reflection into the past. If this year has taught us anything, it is to appreciate what past experiences have given us, both positive and negative, because you are never aware of what can and will happen next. This album does not directly respond to political turmoil and culture, a neutral stance Swift has been criticized for in the past. In addition to this, Swift is challenging the cultural context that many other women have contested recently. This is the cultural context of men being the ones who have autonomy over women’s bodies and are allowed to tell the story of the romantic relationship between the two. Evermore is an album that is unlike any other that Swift has done, both sonically and thematically. First off, besides Evermore and Folklore, all of Swift’s albums have had a stereotypical release. Evermore was different, with the album being unexpected and the time before its surprise release full of hints and riddles. In contrast, Swift does not progress past her heartache post-break-up ballads. She is still singing about love and placing herself in the stereotypical female position of a heterosexual relationship. Evermore seems to be a response to this control by the male patriarchal status, but at the same time, the album demeans itself in its lyrics and portrayal.

In terms of the aesthetics of this album, it evokes a feeling of warmth and comfort. This is not accidental; Swift is pictured in neutral tones, flannels, and in the woods. Evermore has a fantastical, fairytale world quality to it. The songs are mystical and make the listener feel as though they are being transported to a world in which women are the ones who are creating the narrative for the men, not the other way around. This album looks how someone would imagine generic folk music would sound. It does not step outside of any stereotypical image of alternative folk found on a 2012 Tumblr page.

Furthermore, many of the songs are titled a female name, such as “Dorothea” or “Marjorie.” Swift does this to add to the hidden meanings laced in this album. Everything means something, whether it is an homage to a past song and subsequent lover or a hint about a future album. This can be seen partly as Swift taking control of her past and the narrative about her future. The song “Cowboy like Me” is light and airy, with Swift paying homage to her country roots with the twang of her vocals, the guitar chords, and the song’s title. The listener does not qualify this song as country; it is received by the listener as an alternative and folk, even with lyrics such as “You’re a cowboy like me/ Perched in the dark/ Telling all the rich folks anything they want to hear/ like it could be love” (1:17-1:24). On other tracks, such as “Ivy,” the guitar is the overall instrumental sound heard other than Swift’s voice. In “Ivy”, she sings, “ooohh god damn/ My pain fits in the palm of your freezing hand/ Taking mine, but it’s been promised to another/ Ooooh I can’t stop you putting roots in my dreamland / My house of stone, your ivy grows/ And now I’m covered in you” (1:29-1:48). Lyrics such as this one and others do not coincide with the badass, take the bull by the horns attitude that Swift is putting out in her releases.

Over the years, Swift has been at the center of media attention. The media has constantly criticized her for the number of boyfriends she has had, especially at a young age. Swift has poked fun at this blatant sexism in her more recent albums, but this album is different. Swift is writing and singing from the heart, putting all of that pain she has felt in her relationships and in the music industry into this album. . If you follow Swift, you are aware of the drama behind her relationship with former manager Scooter Braun, the falling out between them, and his refusal to allow her the rights to dozens of songs she wrote while signed with him. It is essential to bring up the theoretical concept of mediated history that Dr. Dozier talked in-depth about. The male perspective is what has framed Swift’s career, scandals, and love life in the past. As many women are, society portrays Swift as a “loose” woman who sleeps with many men and falls in love with every one of them. This narrative exists simply because men mediate how society remembers and categorizes people, predominantly female celebrities. The unique thing that Evermore allows Swift to do is to provide the public with her own mediated history. She can write lyrics in the song “Closure” such as “Yes I got your letter/ Yes I’m doing better/ It cut deep to know ya, right to the bone/ Yes I got your letter/ Yes I’m doing better/ I know that it’s over, I don’t need your closure” (0:43- 0:58) that tells her side of history. A mighty rock-sounding drum that feels like it is battling with the equally powerful piano backs the lyrics.  Swift’s voice cuts this battle between instrumental sounds short. Her singing and the words she is proclaiming are the only things the audience should be worried about.

Through Evermore, Swift embodies white heteronormative femaleness. She falls in love with a heterosexual male, gets her heartbroken, and writes a song about it. Most people expect this when imagining what a straight white female goes through in love and loss. Evermore is a response to control by the male patriarchal status, but at the same time, the album demeans itself in the lyrics. Swift continues to embody white heteronormative femaleness in this album, whether she knows it or not. This brings up the essential theoretical concept of affect versus effect. The stylistic choices that Swift has made with Evermore affect the listener in a way that is different from her past albums. Still, the lyrics’ effect causes the album to be stuck in the same heartbreak ballad pop genre that she has tried to break out of time and time again.

As I was writing this review, I found myself at an intersection regarding how I felt about it. As a long-time listener of Swift’s music, part of me wanted to embrace the change she was selling to the audience in Evermore. Still, the other part could not help but notice the similarities to her heavily criticized old branding and style. Her attempt to transgress this branding is in vain, and this album becomes just as performative as her past releases. With that said, I think it is up to each listener if they see Miss Swift’s mysterious album as a move in the right direction or another monotonous album to add to the list.