Tayla Parx and creating space for yourself 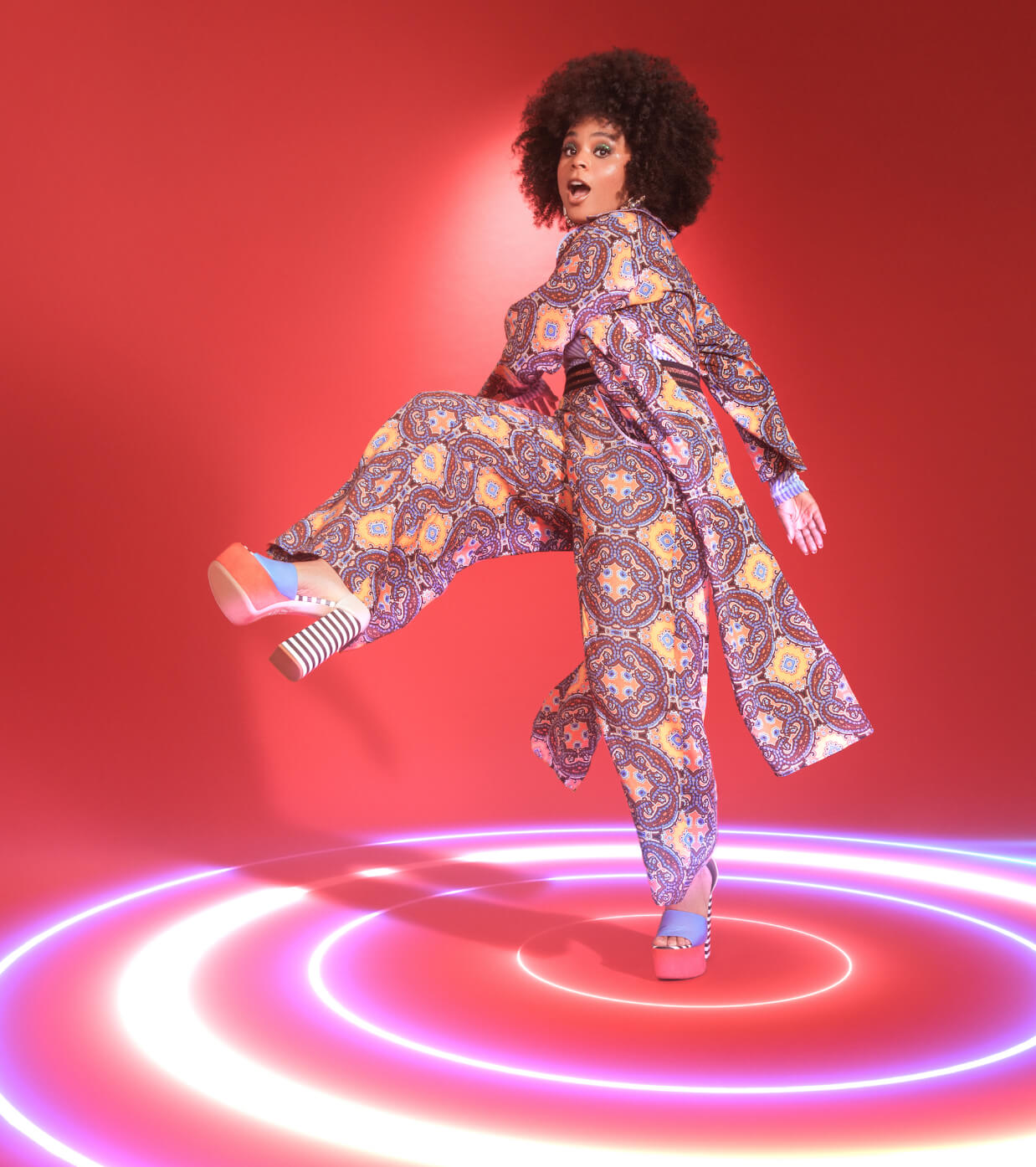 Ranging from synth cartoon beats to acoustic guitar ballads, to electronic dance anthems, Tayla Parx destroys genre boundaries with her second album release, Coping Mechanisms. The proclaimed “break-up” album is made up of twelve distinguished songs, bringing along the listener through a roller coaster of emotions and actions one might feel following a breakup. The stereotypical yet unique album serves as Parx’s gateway into mainstream pop culture. Parx, traditionally known for her songwriting and features on popular artists’ music such as Ariana Grande, Khalid, and Panic! At the Disco, finally steps into the spotlight, calling undeniable attention to her work as both a singer and songwriter with Coping Mechanisms.

Parx delivers realness on her album, releasing her break-up album in conjunction with the immense heartbreak we as a society were feeling during the peak of the COVID-19 pandemic. Listening to the twelve-track album and Parx’s proposed traditional “Coping Mechanisms,” I realized how the pandemic has impacted the concept of break-up culture. We are unable to resort to traditional, distracting practices to get over a breakup. Breakups do not only involve those in the lost relationship, but often friends, family, and strangers. In Parx’s song “System” she describes traditional methods of getting over a past lover such as “party(ing) ‘til I get you out my system.” The electrical beats and bass in the song emulate dance club vibes. I can almost picture the flashing lights in a dark room surrounded by sweaty strangers while listening to the song. Parx includes light echoes, consistent sounds, and repeating lyrics, mimicking the effects drugs or alcohol might have on a person as if there is a loss of time. The repeated lyrics call attention to the duration and possible difficulty it was for Parx to truly get her ex out of her system. Little did we know this song would be the closest we get to go clubbing for at least six more months.

Parx entered the entertainment industry at a young age, holding parts in several popular movies and TV shows. Her songwriting career began in 2013 and since then she has collaborated on well over 60 songs and many chart-toppers. Parx no doubt has proved her dedication to the industry through her time and longevity commitment, but has received little recognition beyond “Ariana’s songwriter.” Only referring to Parx by her white colleagues minimizes her experiences as a queer Black woman in the music and entertainment industry and is comparative to past (but still significant and relevant) references to famous artists, such as Janet Jackson, by their husband’s name first. We must consider how the lack of acknowledgment of songwriters and contributors in the music industry has hindered great songwriters’ own singing careers. Parx received Grammy Award recognition for her work on Grande’s thank u, next album, acknowledging her as a songwriter and contributor to Grande’s success. While this recognition stands strong in the professional music industry, this recognition does not touch mainstream sources and radios, as well as the singer’s name does.

Nicole Fleetwood discusses the difficult rise to iconic status for Black women and artists in “Blackness and the Public Imagination,” identifying the labor-intensive work it can take to be not only noticed but invested in by the public audience. Black female icons such as Diana Ross and Janet Jackson rise to such status not only through their incredible vocal skills but also by physically taking up space in photos, magazines, album covers, and more (Fleetwood, 58). While Parx plays on the notion of taking up space, using her Afro as a source of beauty, pride, and an extension of creativity on Coping Mechanism’s album cover, she focuses less on utilizing her appearance to reach her audience. Parx has no established appearance or featured look and does not call specific attention to her clothing, makeup, physical features. Conversely, Parx will rise to icon status through her saturation of the music industry, spreading her influence over other artists’ work and hinting at it throughout her own, that listeners have no choice but to see and acknowledge her longevity within the industry. 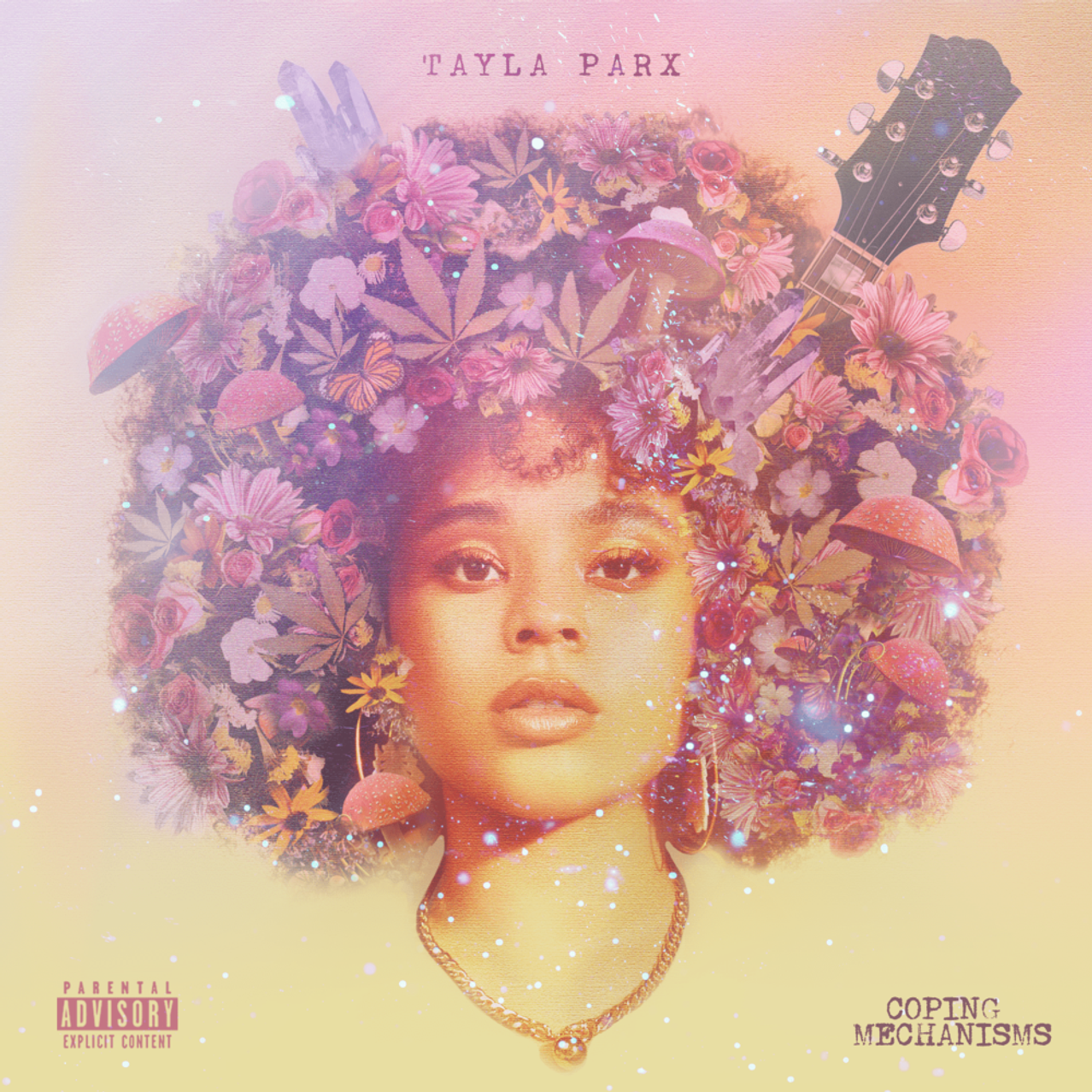 The ditching of the pink, crimped bob Parx sported while working with Grande and embracement of her big, dark, curly Afro represented Parx becoming her own individual person apart from Grande. Parx separates herself from the aggressive femme, heteronormative culture surrounding Grande’s fame, and shifts to represent her minority identities as a queer Black woman. Any listener familiar with Grande can pick up on similar sounds, pitches, and tunes between Grande and Parx. Parx’s influence on Grande’s thank u, next album amongst others is clear to hear on Parx’s songs “Dance Alone” and “Stare” utilizing her wide vocal range in high-pitched runs creating catchy choruses.

“Dance Alone” acknowledges the real fear one might feel of being alone following a breakup, showing Parx’s early vulnerability in her album to her listeners. Parx beautifully adapts the song to the pandemic, redirecting the narrative from the loss of a lover to a loss of being around people as a whole. The music video features Parx in her pajamas in her own home, with the camera following her from room to room dancing. The visuals help place Parx’s song back into the realm of pop and as a party song when people were feeling lost without the dance community. Parx represents and acknowledges the desire to get out of the house and dance, but also pushes viewers to embrace their bodies and space asking them to learn to enjoy dancing alone sometimes. “Dance Alone” helps develop Parx’s aesthetic within the album as colorful and unique. Each space within her home has a different color tint and vibe, displaying Parx’s flexibility between genres, colors, feelings, and styles. Again, Parx crosses genre lines as the intro popping bass guitar connects to heartland rock and could easily be overlaid with John Mellencamp’s “Jack and Diane”. The connection between the two was long and hard to find but an unforgettable connection that I could not shake from my head. The rock intro smoothly transitions into upbeat lyrics coupled with the changing lights show the path through her breakup, starting and ending with pink, but feeling blue and purple in the middle. The bright colors bring out her bubbly personality and wide variability within her career and songwriting. Subsequently, her latest photoshoots also mimic this color blocking, 80s retro style, removing herself further from Grande’s solid pink persona and who she was as a creator at this time. Parx shares that her hair and makeup are representative of her mood and feelings, and while she was passionate about her pink phase because “it’s ever-evolving, just the same as I am.” Listeners can assume Parx has freed herself from just pink and is now exploring the potential of other colors and its impact on her creative expression.

Parx’s extensive experience and musical knowledge shine throughout her songs. Within seconds of listening to the first few seconds of “Justified,” the off-count into the verse draws out the essence of both funk and R&B. We hear the same beats in “Tell Me Something Good” written by Stevie Wonder and performed by Rufus and Chaka Khan. This version of “Tell Me Something Good” highlights more bouncy metallic guitar and synth beats (I think of a Nickelodeon splat) than “Justified,” but ties in with the cartoon beats we hear at the beginning of Parx’s album. This track is the only feature on the entire album. Parx collaborates with Tank and the Bangas, a New Orleans-based funk, soul, and spoken word music group. This strategic song illustrating an internal struggle Parx faced between her head and her heart, “I’m at a fork in the road with good | Enough intention you could cut with a knife | So am I justified?” ties together sounds from across her album and highlights her original lyrics while pulling from Black artists and musicians who paved the way before her.

Now 27, the Dallas, Texas native is newly engaged to Shirlene Quigley and back in love. Her album served as a form of expression and healing. Parx grew up alongside popular artists like Miley Cyrus and Post Malone, while gaining influence from 90s rock artists. Mainstream pop culture, past funk, R&B, and rock genres have strongly influenced her work. Parx is not the first nor will she be the last Black woman to trailblaze across genres as she has done already. Parx expresses a robust and true vocal range throughout her album and accompanying music videos. While Coping Mechanisms does not even reach half of Parx’s full potential, the album allowed her to establish herself as an individual icon. I anticipate her future albums to see how she addresses listeners without the emotional tools that accompany a breakup.