Take it like a man: Exploring the melancholic and misogynistic messages of RAYE’s new album, Euphoric Sad Songs 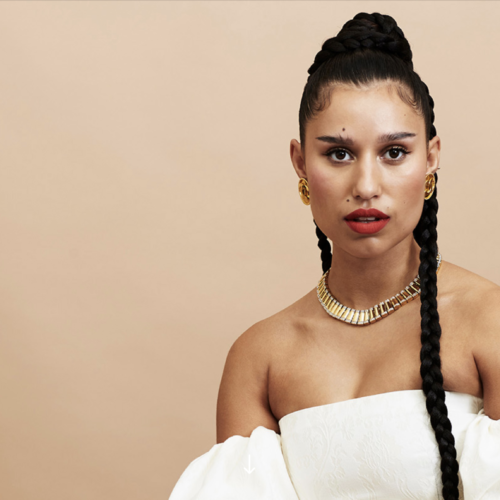 Photo by Vincent Dolman via PHOENIX

In the middle of the Fourth Wave of Feminism, one can currently see feminist impacts and messages throughout society. Within the past year the female music industry has particularly turned to feminism empowerment, and instances of feminism within the music have emerged in several different ways. For example, two popular female musicians, Miley Cyrus and Megan Thee Stallion, have released albums greatly speaking to the feminist ideal through empowering, blunt, and even erotic messages. On the other hand, Lana Del Rey offers a call to feminism in a completely different fashion through delicacy and submission (Capetola). Yet on December 28th, 2020, RAYE, a London-born singer and songwriter, released her album Euphoric Sad Songs. The album contains nine songs, all of which pertain to a very similar subject matter: the pain and agony that RAYE is experiencing after heartbreak. The album’s message differs from those motivated by the feminist movement as throughout the album; one can see how RAYE is unable to overcome the breakup and continues to live in her post-breakup depression. Lyrics, melodies, and other musical incorporations within the album narrate and explain the melancholy, which ultimately leads to an overall misogynistic tone and theme of the album.

Much of RAYE’s album revolves around the fact she is not able to get over her heartbreak. Luckily, there is a term to describe her situation: melancholy. Melancholy, as described by Robin James in his book Resilience and Melancholy, is when one avoids or refuses to heal from a damaging instance within their lives and instead harbors on their damage. In other words, melancholy rejects the idea of resilience. RAYE is melancholic due to the fact that she is still entertaining her pain from her breakup, as one can tell from the nature of Euphoric Sad Songs, instead of healing and moving on with her romantic life.

The album begins with the song “Love Me Again.” At first, the song offers orchestral notes that one would expect to be a part of a choir or opera, but within seconds, the music dramatically changes into a pop genre with a striking beat. Almost instantly RAYE states that she is “lying on the bathroom floor” in “a pool of her tears” as she is pleading with a man to love her again. The upbeat and even catchy tone of the song lures listeners in as RAYE is expressing her self-belittlement and genuine misery. Without the strong beat and bass undertones making the song appear to be upbeat, it is possible that listeners would not listen to such a song as the lyrics are rather depressing. Yet, “Love Me Again” serves an important role in the album as it offers listeners an introduction to the narrative that the album is speaking. Listeners learn that while such feelings are expected and perhaps valid immediately following a breakup, RAYE demonstrates a persistent idolization of her former lover as her self-belittlement continues on.

The songs within the middle of the album allow listeners to explore RAYE’s situation and the extent to which RAYE is suffering, offering insight to RAYE’s melancholic state. For example, in “Natalie Don’t,” a modern version of Dolly Parton’s infamous song “Joline,” the lyrics are a plea to a woman named ‘Natalie’ to refrain from pursuing the man that RAYE is in a relationship with. What is interesting about the narrative, however, is that RAYE is begging for the woman not to pursue the particular man as if the man has no responsibility within the situation. For example, RAYE sings “I’m beggin’ her not him” and pleads ‘Natalie’ to “please feel bad” and to not “text [the man] back.” Likewise, the melody of the song begins with ominous orchestral notes that then become embedded in the composition of the song as more elements and instruments are added. Such notes are typically associated with suspense and drama, urging listeners to understand the severity of the situation and believe that ‘Natalie’ would be able to influence the man to leave his relationship with RAYE. Therefore, “Natalie Don’t” offers details of the relationship RAYE is unable to recover from: the man acted in whichever way he pleases while RAYE was left to overthink and anxiously worry.

While “Natalie Don’t” explains the nature of the relationship, “Change Your Mind” describes RAYE’s reaction to the relationship and breakup. The song begins with little to no musical accompaniment with RAYE softly singing her thoughts until she abruptly says, “you once said I was perfect, and I was wondering what changed your mind”. Her quick shift from slightly singing to blatant talking is almost shocking; the song then abruptly shifts again into a complex melody and lyrics explaining that this is “as low as [she] can go.” The dramatic shifts of tone and melody within the song suggest that the breakup and the man involved in the breakup are completely and constantly consuming her thoughts as the lyrics sound as if she is rambling and singing whatever comes to mind. Therefore, “Change Your Mind” furthers the melancholic narrative of the album.

The last two songs of the album, “Walk On By” and “Love of Your Life” work together to solidify and reveal the message of the entire album. The two initially give hope that RAYE’s melancholic state is over and she has moved on, yet they ultimately prove the opposite. Primarily, in “Walk on By” RAYE lyrically tells the man to ‘walk right past [her]’ and “not say hi”; the upbeat and almost funky tone and melody of the song suggest that she is confident in her decision and instructions. Likewise, the repetition of not only the lyrics but also of the synthetic beat of the song leaves listeners with the impression that RAYE has moved on. Listeners are constantly reminded of her thoughts and therefore believe she is sure of what she is stating as RAYE is reinforcing her ideas over and over. Yet, the last lyric of the song, “I can’t let you remind me,” indicates that RAYE is not as strong as she is alluding. She is instead still caught in the trap of the breakup and will crumble if reminded of it. “Love of Your Life” further solidifies her lack of resilience as she is singing that she could be the love of the man’s life; presumably, she is singing about the man that has left her miserable. This song is a final blow to listeners. After eight songs of misery and pure depression, they are then subjected to a song where RAYE is acting like the man in question is the love of her life. Therefore, “Love of Your Life” places the final nail in the coffin in revealing the misogynistic message of the album: in the end, the man is forgiven for all of his wrongdoings while the woman turns a blind eye and continues to subject herself to his dominance. Any hope of resilience is lost, leaving Euphoric Sad Songs with a sour tone of misogyny.

Perhaps if RAYE offered a resilient ending, it could have salvaged a feminist possibility for the album, mirroring the sort of delicate femininity expressed by Lana Del Rey (Capetola). But, this is not the case. RAYE uses the album to express her melancholic state after her breakup which ultimately leads to an overall message of anti-feminism and misogyny. Her inability to move on from the breakup suggests that the man has total control over her life and that the breakup is one of the most influential occurrences in her life. In a time of feminist empowerment, Euphoric Sad Songs ultimately preaches female submission to male counterparts and leaves listeners with the allusion that a breakup is a life-ending event. Therefore, while catchy and entertaining, listeners must be wary and apprehensive towards the album’s misogynistic messages in order not to follow similar sexist patterns.