Everyone could use a little more Joy 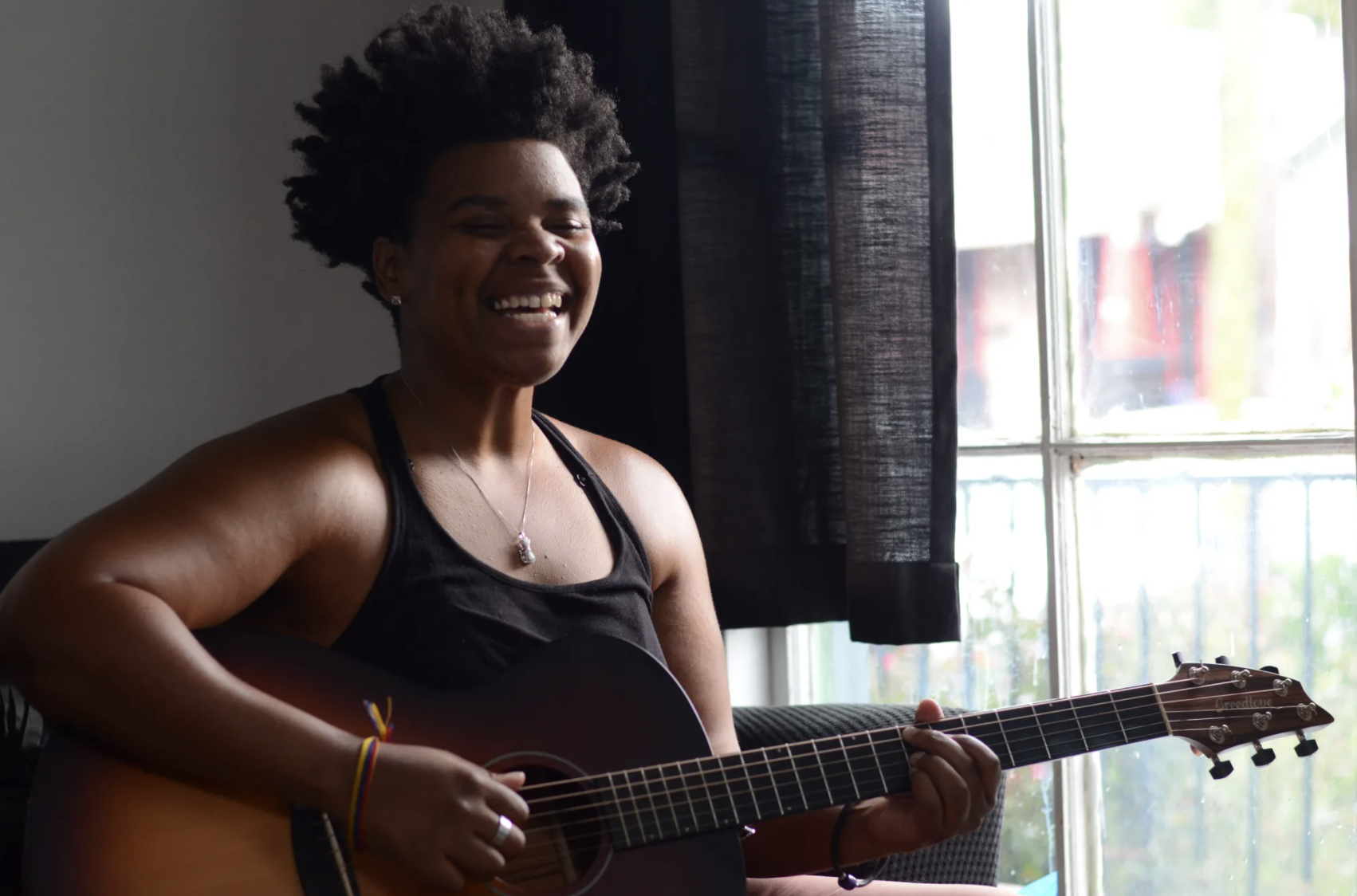 Joy Clark sits down with her guitar to begin the writing process as she has done time and time again. The second she feels the horrors of writer’s block setting in, she seeks out new inspiration and ideas that can be transformed into her next hit. Having written pieces like “Love Yourself,” “Never Change,” and “Here,” her messages constantly remind audiences to be proud of who they are. Joy Clark embodies her name and exudes joy. Joy does not merely mean happiness, but additionally reflects triumph, radiation, and blissfulness: common trends that have shone throughout her lifetime. Joy Clark’s music extended past the norm that her childhood had shaped for her and instead allowed her to discover a world where she would be accepted and loved for who she truly was.

Clark was born and raised in New Orleans, Louisiana. As a true local, she grew up listening to the soulful sounds that emerged throughout the streets of this musical city. Religion played a significant role in her upbringing. Clark’s family attended church every weekend, 30 minutes across town in the Bywater, where Clark’s father was a pastor. Subsequently, gospel music defined her musical beginnings. Each week, Clark would play guitar in the church band and rejoice with her community through song. Much like many artists before her, such as John Legend, Whitney Houston, and Aretha Franklin, her church chorus days constructed her musical base. However, she always knew that this house of worship did not accept her true identity.

Clark felt like an outsider within her church as a member of the LGBTQ+ community. The church did not approve of Clark’s sexual identity. She used music as a coping mechanism to confront her rejection. When Clark confidently came out to her parents, her father eliminated her musical ties to the church, banning her from playing guitar during services. Despite the terrible situation, Clark triumphed, using this experience to kindle her passion for music and her desire to spread love.

Clark fondly recounts her childhood and her days playing guitar in the church. However, Clark excludes mention of how religion is intertwined in that experience. When writing a new song, Clark’s ideas stem from her guitar work and the melodies she feels within her. Lyrics are an afterthought. Clark attributes her strong guitarist skills to her experience in the church, focusing more on sound rather than the words of a song, evoking a stronger feeling from her listeners. Clark found strength and place in her role at the church and viewed it as a connection to the soul of her community. Although gospel lyrics may not have aligned with Clark’s feelings, they allowed her to pour passion and emotion into her guitar playing. Clark now finds community and comfort elsewhere. After the cultural shift in Clark’s life, the loss of the Church, Clark began writing songs about herself and her emotions, rather than focusing on the feelings of others.

Much of Clark’s music seems to allude to her childhood and experience in accepting her sexuality. During her class visit, she noted that a major takeaway from her experiences over the past year is her desire to be more intentional. Clark felt that the changes in the world and time spent in isolation throughout the pandemic encouraged her to worry less and allow herself to write without overthinking. She explained that a song can always be altered later, and it became increasingly more important for her to express herself without prioritizing perfection. At the beginning of her musical career, Clark wrote love songs almost exclusively. Through her songs, interviews, and presence on social media, we are able to see how she has grown as an artist. Now, she writes songs like “Love Yourself,” a letter to her younger self reminding her that she is deserving of love. This motif of self-love appears in much of Clark’s music and image. The motif is connected to place in the sense that there are ties to Christianity and the church.

In a decreasingly detached and remote world, visual elements of music remain, but passion tends to fall short. Both performers and listeners mourn the loss of live performances, missing the energy of the crowd. Music videos’ popularity resurfaced as a way for listeners to connect with artists. In Clark’s music video for “Love Yourself,” she creates a warm and comfortable environment for herself and her listeners. 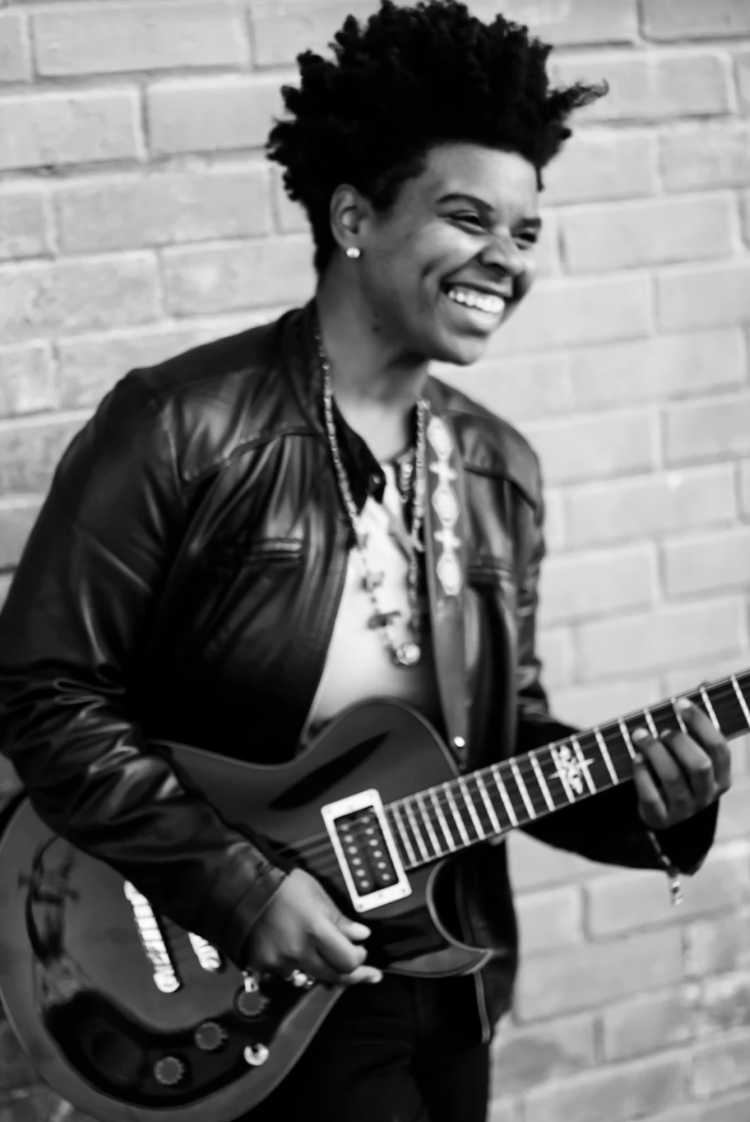 In “Love Yourself” and throughout Clark’s music, listeners can hear an upbeat, consistent acoustic guitar bass, confirming her church origins. Clark utilizes a head voice rather than a belt, portraying a softer and more feminine tone. Through the use of acoustic guitar, nature, and a childhood version of herself, Clark creates an accepting space for her listeners. Clark cuts to her childhood self dancing in the sun, blowing bubbles, enjoying the outdoors, and playing her bright blue guitar, seemingly carefree, without the burdens of growing up. The listeners may infer that she did not feel this way when she was younger and is trying to recreate a supportive environment for her adult self. Clark closes out the music video with a solo on her blue electric guitar, showing how she has grown as an artist but still respects the younger version of herself.

Joy Clark challenged the norm and broke away from what her societal construct had intended for her. In this sense, Clark is an eccentric. Defined as the bold, the weird, and the unusual, eccentricity is the opposite of the ordinary. Prince, one of the most renowned eccentric performers, too, strayed away from the ordinary. His androgynous persona and ambiguous sexual demeanor embody eccentricity. Writer Francesca Royster’s Sounding Like a No-No, describes Prince as, “in many ways, the consummate eccentric: creative, elusive, rocking racial, gender, and sexual lines” (Royster, 2). Prince dabbled with both a low vocal range and a high-pitched head voice. He combined elements of feminine outfits with masculine details. Prince furthered the press’s ambiguity by never succumbing to societal pressures and defining his identities. His appearance and unwillingness to conform sparked a new wave of sexuality. Although Joy Clark does not appear to be as ambiguous as Prince, she too is an eccentric. She “deviates from (the) usual methods”  of her community to construct her individuality (Royster, 1). Clark is set apart as an artist by her resilience and triumph. Unrestricted by Christian ideas of what love looks like, she is unapologetically herself.

As a singer and songwriter, Clark embraces “spectacular creativity,” a trait Royster explains to be prevalent in eccentricity (Royster, 8). This creativity oozes from the previously mentioned motifs in Clark’s music. One of the most important things we can observe in Clark’s music is the idea of reclaiming her black femininity, her sexuality, and her black voice. As a young girl, Clark’s classmates ridiculed her for playing the guitar claiming it was “too white.” Nonetheless, she proceeded to play and would make a career out of her “controversial” passion. Royster writes of this “re-embracing [of] the black body beautiful …black sexuality and heart” (Royster, 9). Clark’s continual re-embracement of an act denied to her remains a dominant theme in her music. She had to give herself acceptance and be proud of herself. Thus, “Love Yourself” has central themes of self-love that are relevant to her personal development.

Motifs of love shine in Clark’s career. Her eccentricity and emphasis on acceptance have authentically defined her music. Clark embodies the meaning of her name -she radiates joy. Her music brings blissfulness to all that listen. As the world is in such an unknown state, everybody needs a little more Joy.