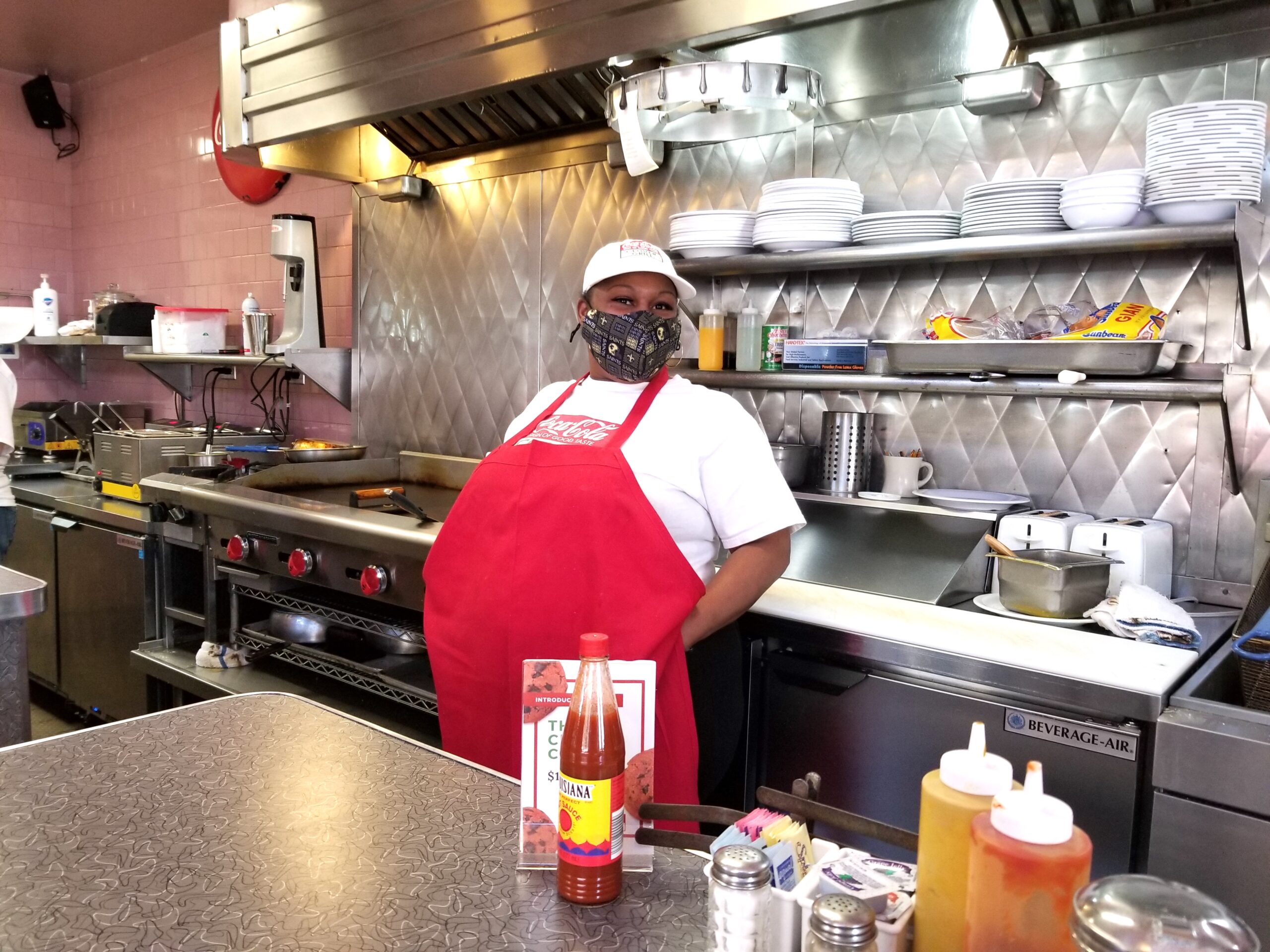 Tyshiaka Hayes has had more than one brush with fame while flipping burgers at the Clover Grill. She was discovered then cast in an episode of Treme in a scene where a naked man ran past the diner’s Bourbon Street window. The vintage restaurant was also featured in the nostalgic film, The Curious Case of Benjamin Button. There was little need for producers to alter its decor since the spot has hardly changed since its 1939 opening. The original ceramic, rose-colored tiles cover the walls and white plates and bowls are stacked beside its diamond-pattern, chrome backsplash. Clocks showing differing local time zones: City Hall (done for the day), Chalmette (lagging behind) and Clover (on time) hang over the doors. With breakfast served all day, the coffee pot is always full. 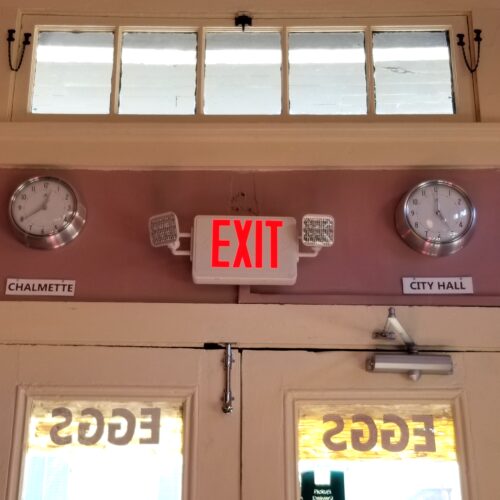 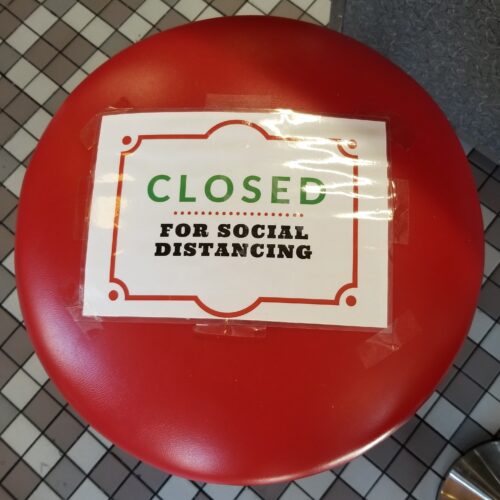 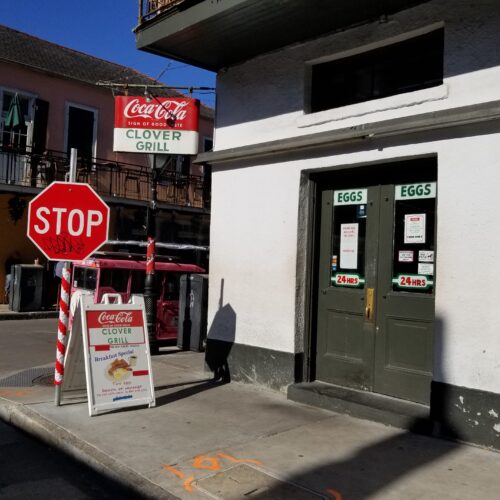 Hayes cooked burgers, waffles, biscuits & gravy and omelets at Clover Grill for 15 years before leaving to work at a sports bar; she only recently returned. In Hayes’ opinion, the best part of being at Clover Grill are the people she meets from all over the world since the diner’s casual atmosphere invites conversation. Tucked away at the corner of Dumaine and Bourbon, Clover Grill sits among privately owned Creole cottages, small hotels, and Airbnb’s. Across the street is Cafe Lafitte in Exile, the country’s oldest continuously operating gay bar. Dating back to the 1930s, the bar once counted Tennessee Williams and Truman Capote among its illustrious clientele. Despite Covid-19, Cafe Lafitte continues to host outdoor karaoke nights and Trash Disco on Sunday afternoons albeit with fewer participants. Cafe Lafitte’s customers frequently end their evenings at the grill. 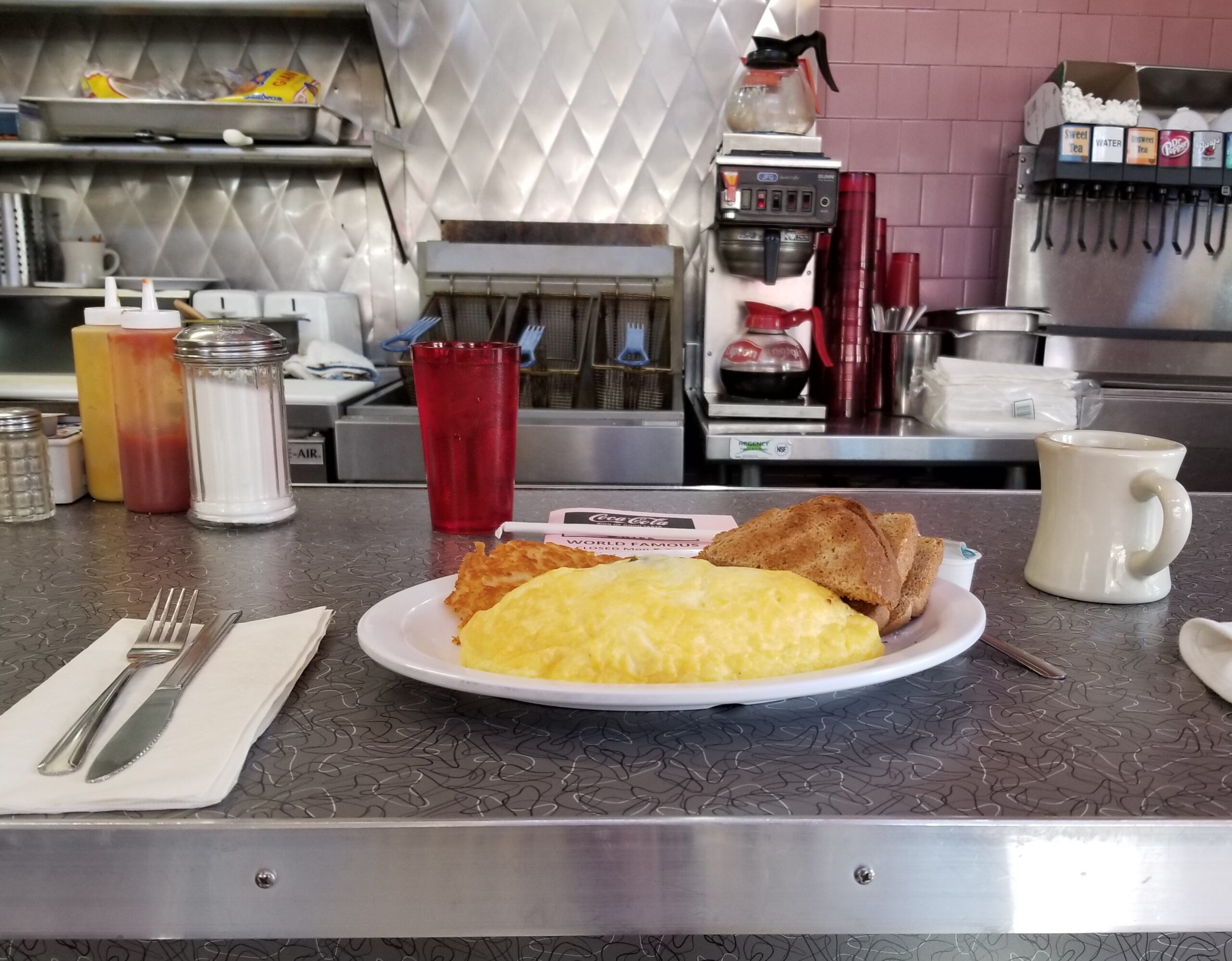 Traditionally 24/7, Clover Grill, which opened in 1939, was known as a late night refuge and was busy for decades prior to Covid-19. Lately, its hours have been trimmed to 8 a.m. – 1 p.m. Sunday, Wednesday and Thursday and 8 a.m. – midnight Friday and Saturday. Last summer, a spontaneous combustion fire closed it down for a few months, adding additional challenges. Now reopened, the grill is a fun and safe destination for housebound New Orleanians seeking a modest, hometown adventure.

Renowned for burgers, including breakfast burger topped by egg, bacon and hash browns, and “build your own” burgers with choices like mushrooms, chili, jalapeños and cheddar, Swiss or blue cheese. Side orders include tater tots, French fries and hand-cut, beer-battered onion rings. Hayes’ favorite meal is the Chicken Fried Steak and Eggs accompanied by hash browns or grits. No diner experience would be complete without pies and Clover’s got ‘em. White’s parting words to me: Stay safe, healthy and out of jail.