October 17th, 2020, marked the 10 year anniversary of the killing of DJ Henry. Henry, who was 20 years old and Black, played college football for Pace University. Following a game, Henry had been out with friends at a bar when police, who were responding to an unrelated fight, fatally shot Henry through his car. 10 years later, the responsible officer, Aaron Hess, still hasn’t faced charges. Now, following several high profile cases, including the murders of George Floyd and Breonna Taylor, Henry’s story is receiving new attention, helping to ignite a wave of protests and social unrest amidst the Covid-19 pandemic. The nature of these protests is disappointingly familiar, but with the new president elect and a continuing global pandemic upending “normal” life, racial justice reform is being discussed everywhere from politics to NCAA intercollegiate athletics.

Following Floyd’s death, Tulane University’s athletic department hosted two open forums over Zoom: one for Black student athletes, and one for all student athletes. The purpose of the forums was to open a dialogue within the department, allowing for student athletes to express their feelings about the publicized deaths of unarmed Black people, and to take steps towards making the department more inclusive and equitable. 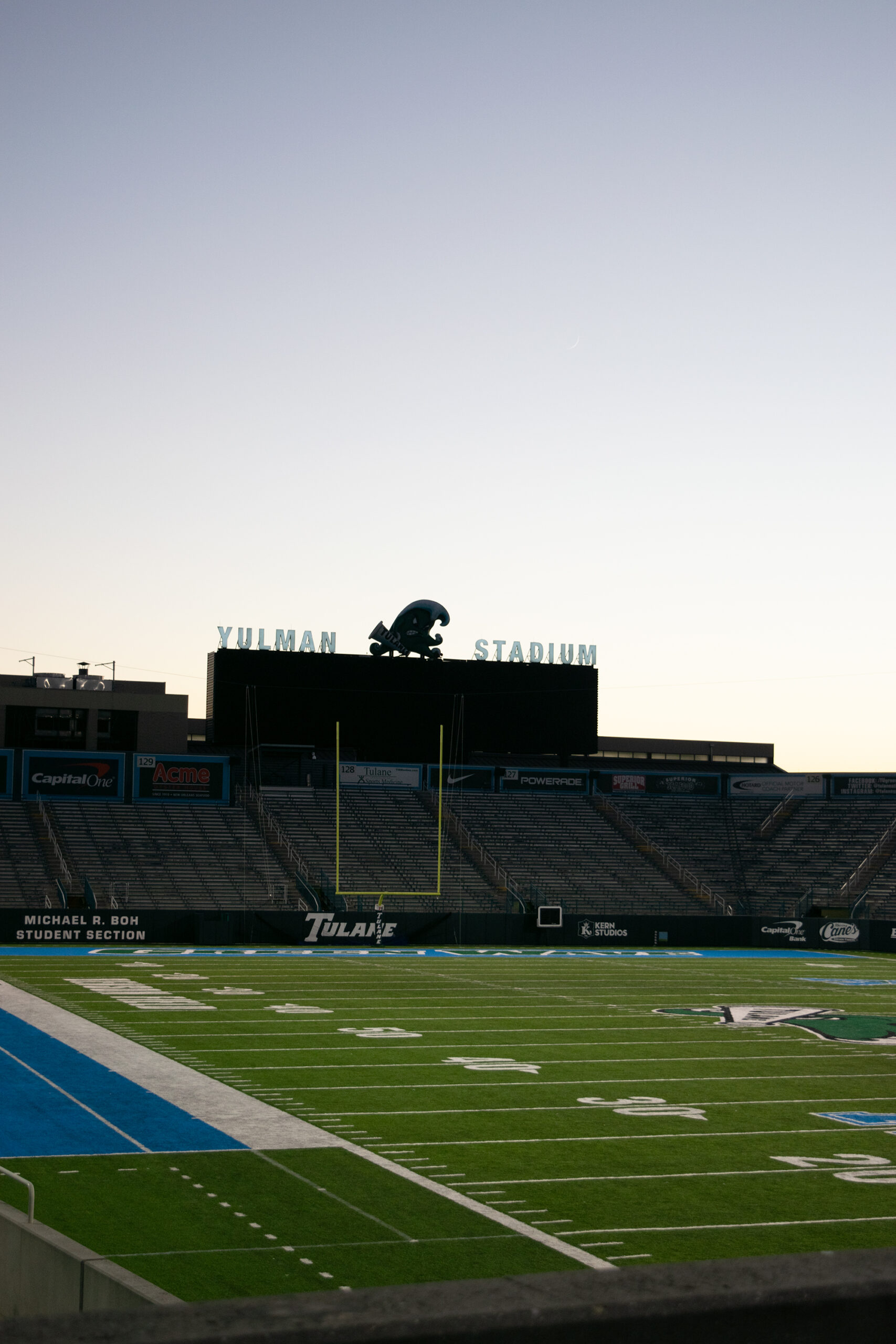 One of the athletes spearheading that change is Sorrell Brown, who plays football for the Green Wave. Brown, who is Black, explains that to be a Black student athlete at the collegiate level is to be “profiled by how people see you.” Stories like Henry’s are serving as a wake up call for institutions like Tulane, but for people like Brown, the circumstances that created Henry’s death aren’t anything new.

Henry, like Brown, was a college football player. The juxtaposition of his death between sports and racism lays bare some of the uglier truths that Brown has lived as a Black student athlete. Tulane’s class of 2022, to which Brown belongs, has been touted by the university as its most diverse class ever, despite the fact that 78% of the class is white. Brown says the lack of diversity is alienating, and worse, it can pigeonhole Black student athletes into the roles that their peers expect of them: “When you’re seen as the only way you can improve [in life] or have this position is ‘oh they must’ve been an athlete, there’s no way they made it here academically or financially,’ your athlete title is then tied into your race, they see your race and they put it onto you.”

Brown recalls that during his freshman year, he walked into the first session of his microeconomics class slightly late. As he walked past his classmates to the front row of the lecture, he noticed that of the 175 students in the lecture hall, he was the only student of color. Even now, as a junior majoring in environmental studies and business, Brown says he still hasn’t had any Black classmates in his environmental studies classes. He says that despite the fact that he wants to forge a career in the non-profit sector, he still finds people trying to steer him towards a career in football: “I’ll meet professors trying to convince me to do sports marketing, or physical therapy, or something like that.” He also notes a professor that only calls him by his last name, instead of his first name. “It’s real small,” he says, “but he does that because I play football. For him, it’s making a connection, but for me, it’s putting me in a box.”

In spite of this, Brown says some of the only times he is able to forget about race is on the football field. “When [I’m] playing, I’m so focused on the game, I don’t really notice if you’re Black or white, or being aware of my race or of anyone else’s… I’m just like ‘he’s coming at me full speed right now, who’s supposed to block him.’” He says being around his teammates offers sanctuary, allowing him to be around others who look like him and share some of his experiences. But sports can be a double edged sword: when the only people that look like you are your teammates, “It just furthers that isolation of like ‘I’m just an athlete’ cause it’s like the only place I feel safe.” 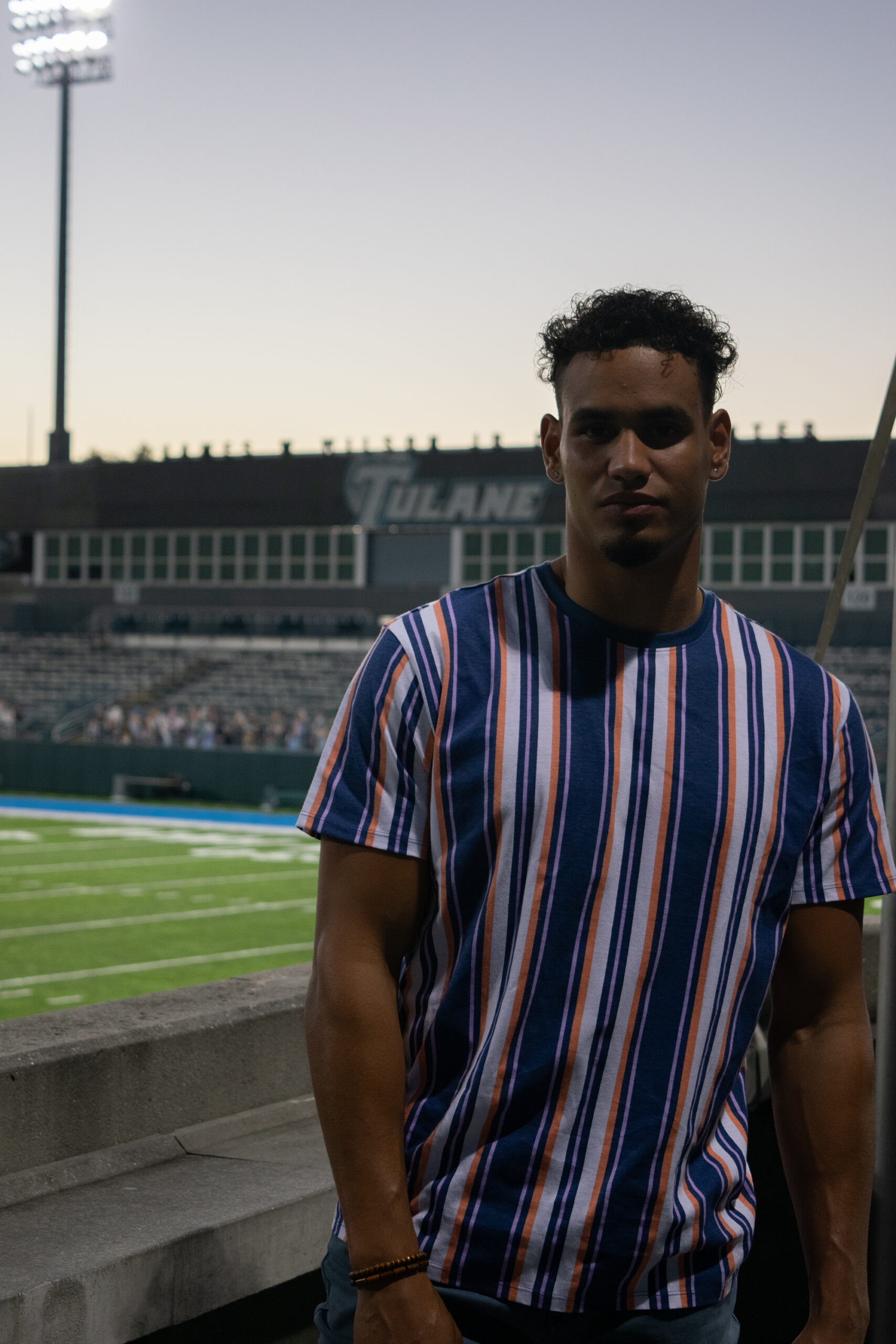 Brown also laments the racialization of football culture, and coach-player dynamics. “I notice a whole lot of Black young men, being coached by a bunch of older white men… When I see coaches interacting with players, I worry about this dynamic and how it shows up during a conflict.” At the NCAA Division I level, 82% of football head coaches are white, while only 15% are Black. For contrast, nearly 50% of football student athletes are Black. In the American Athletic Conference, of which Tulane is a member, 90% of head coaches are white, while 57% of players are Black. But Brown notes how the racial structure of football and other sports is deep rooted: “Even coming out of high school, me and my friends, the only way we saw ourselves going to like a big college, it wasn’t first academics, you gotta play a sport and you gotta be good at it, or else you’re not going to school.”

Now, 10 years after Henry’s death, Brown is paving the way for change at Tulane. Brown is a contributing member of several new committees and councils on campus as part of Tulane Athletics’ “Justice for All” initiative, including the Wave of Change committee, the Justice for All Council, and a new educational sub-committee dedicated to creating learning materials and ensuring Tulane sports teams are continuing dialogues about race. He is also serving as co-Vice President of Tulane’s Student Athlete Advisory Committee, the student-athlete organization largely responsible for the new racial justice initiatives. Police killings, like those of Floyd, Taylor, and Henry have thrown America into turmoil, but for people like Brown, their deaths represent an unfortunate ending to a familiar story. His work at Tulane is a guiding step towards rewriting that story.

This piece was written as part of the “Digging Deeper” series that is part of the Alternative Journalism course taught by Kelley Crawford at Tulane University.

Holiday hot topics: Names and a legacy of racism.
Race and Ethnicity