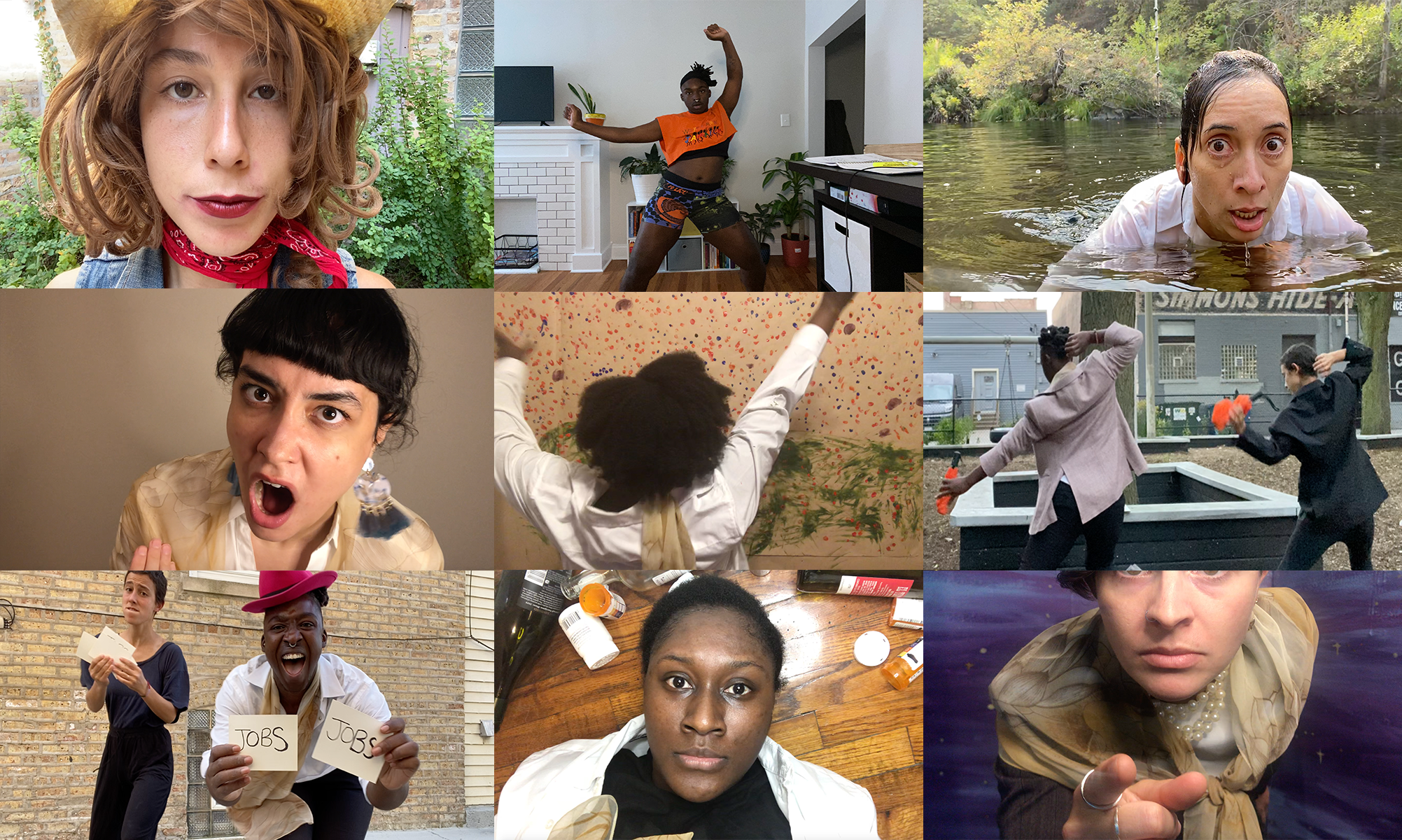 While Melania Trump was secretly recorded railing about having to decorate the White House for Christmas, she was not the first American First Lady to rebel against her appointment as official hostess with the mostest. Previous presidential wives had retreated from public appearances, often leaving their duties to their adult daughters and a few absconding to the second floor of the White House for the duration of their husbands’ terms. Several were vilified for refusing to conform to the mold of modest, supportive, selfless, feminine counterpart to the Chief of State.

Offered online through Nov. 2, “45 Plays for America’s First Ladies” is a “biographical, meta-theatrical, genre-bending ride through race, gender and everything else your history teacher never taught you.” 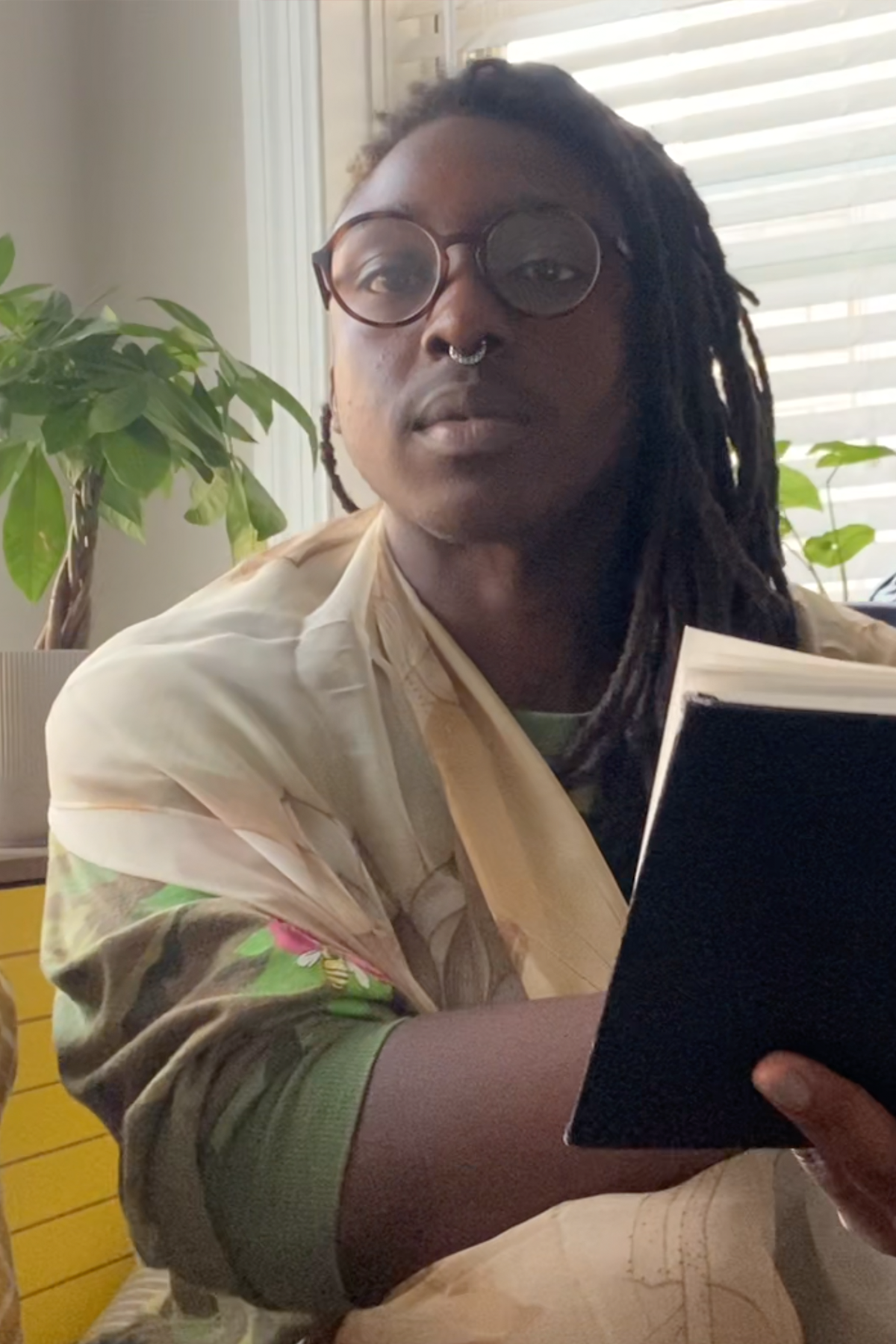 Six actors, costumed in contemporary attire, separately performed in different cities in their own apartments, surrounded by futons, bookshelves and bathtubs or outdoors on bicycles, socially distanced on sidewalks and in parks, depicting America’s prominent ladies in 1-5-minute episodes accompanied by a rock ’n’ roll soundtrack. Brenda Arellano, Hilary Asare, Ida Cuttler, Andie Patterson, Robin Virginie and Vic Wynter Zoomed solo performances from San Francisco, New York and Chicago under the direction of Denise Yvette Serna. Below are some of the scenarios:

The earliest First Ladies faced the sticky issue of slavery as they assumed the role of mistress of the house. Born into Virginia’s aristocratic society, Martha Dandridge Washington immediately freed her husband’s slaves after his death, not out of compassion, but because she feared for her life. Martha allegedly said she felt like a “state prisoner” living in the White House with George.

After the death of his wife Martha Skelton, Thomas Jefferson took up with Sally Hemings, his cousin, as well as his slave and, at 15, the mother of his child. He took her to France to serve as lady’s maid to his 14-year-old daughter. Sally stayed in Jefferson’s Paris hotel room while Maria was educated at a convent. In France, Sally was legally free, so she negotiated with her master before agreeing to return to Virginia in order that their children would be emancipated at 21.

Dolley Payne Madison, wife of James Madison, was known for inviting all of Washington, D.C. for dinner at the Presidential Mansion while making her party planning seem easy. (Note ready-made Dolly Madison snack cakes available at Dollar General.) When the British set the White House afire in 1814, she rescued the silverware and valuables in case of occupation.

Several First Ladies were said to have attitude problems. Elizabeth Kortright Monroe, wife of James Monroe, for example, was a blasé Francophile who had helped save Lafayette’s wife from the guillotine, but she lived in the shadow of the popular bonne vivante Madison and was oft accused of being “withdrawn and arrogant.” 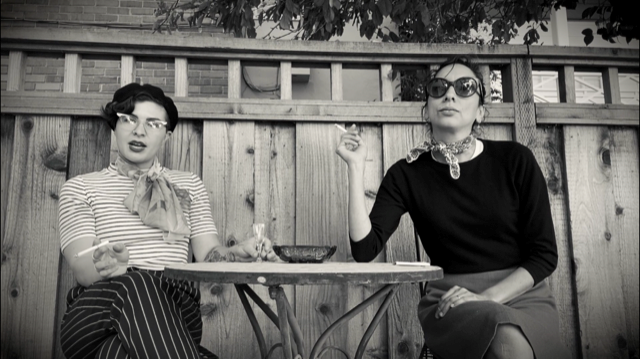 In her second marriage to Gen. Andrew Jackson (having wrongly assumed herself divorced from the first husband), Rachel Donelson was pilloried a bigamist, “lewd,” “notorious,” “adulteress,” and an “American Jezebel.”

A few First Ladies died of tuberculosis, including Hannah Hoes Van Buren, wife of Martin, passing before his election, leaving him one of the few unmarried presidents, so his daughter-in-law Angelica performed First Lady duties.

Others were ambitious. Sarah Childress Polk refused to marry William until he was elected to the House of Representatives. Then she took up the role of his campaign manager, replaced the White House servants with slaves and encouraged her husband to expand into Mexico, justified by Manifest Destiny.

Harriet “Hal” Lane Johnston acted as First Lady during the presidency of her uncle and guardian, lifelong bachelor James Buchanan who lived 10 years in a boarding house with adjoining rooms alongside his best friend William King. (Andrew Jackson called them “Aunt Nancy and Miss Fancy.”) Hal was an expert horseback rider, outdrank men, and taught the Prince of England to bowl.

Mary Todd Lincoln has a reputation for depression, but suffered the death of her mother at 6; son; her son Edward’s death when she was 32; her son Willie when she was 44 along with two brothers killed in the Civil War; brother-in-law Benjamin killed when she was 45; and brother Levi passed when she was 46. She did have a wonderful afternoon with her husband the evening they decided to frequent the theater. She lost a third Tad son at 53. Her only remaining son Robert committed her to Bellevue mental hospital because she was spending his inheritance.

Robin Virginie soulfully sings the “Blue and Gray Blues,” personifying Julia Dent Grant who experienced the dilemma of being a Southern belle from a family of slaveowners, married to the general leading the Union Army (“Ulysses needs his missus to be Penelope”) “Keeping civil means forgettin’ the war between the North and the South while all the time your in-laws can’t help but calling you out,” she croons.

Woodrow Wilson suffered a massive stroke, leaving a vacuum of power, so First Lady Edith hopped to the task of running the country while her husband was bedridden, at the same time keeping a low profile. After WWI, the U.S. debated signing the Treaty of Versailles and joining The League of Nations. Hilary Asare brilliantly sings: “In the year 2020, it still wasn’t time to imagine a woman could handle this grind. In America, women still lead, lead, lead from behind.”

Edith Roosevelt, Theodore’s second wife notably said: “What matters is how you dress for the dinner.” Behind the scenes, however, she hired her own staff, cultivated contacts in Britain, and advised Theodore as he negotiated peace with Russia and Japan. “We envisioned an America that preserved its wilderness to better preserve its sense of adventure – an America where greed did not grind ingenuity underneath its heel. It was a new century.”

After Mamie Eisenhower decorated the White House in pink, Jacqueline Lee Bouvier Kennedy restored dignity, decorum and poetry to the role and reverence for every object and room in the White House. “Our legacy will be we were able to make these men much more alive and the irony will cling to us like silk.” 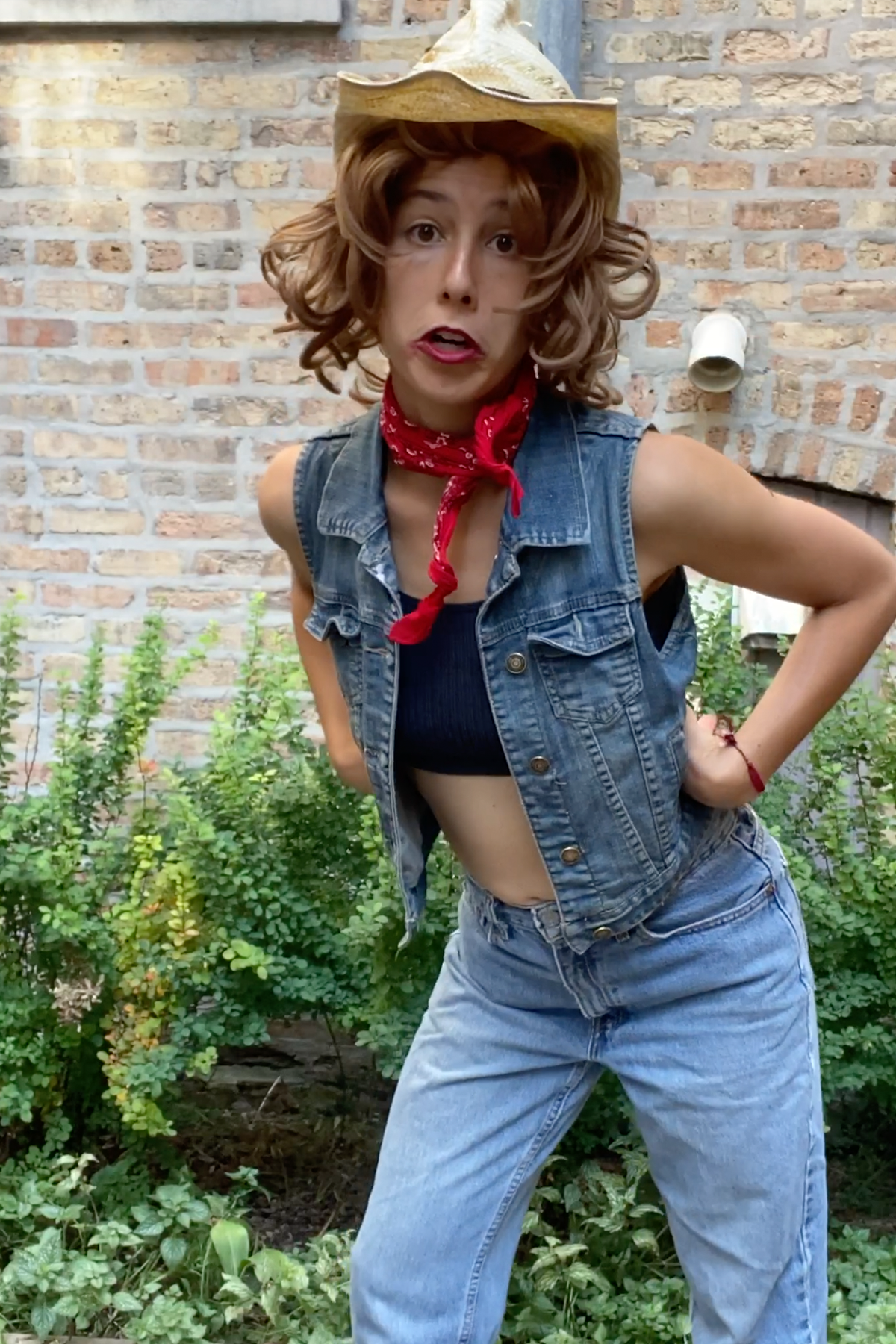 The Neo-Futurists describe their approach to theater as “fusion of sport, poetry and living newspaper” and work that “embraces those unreached or unmoved by conventional theater – inspiring them to thought, feeling and action.” That sounds perfect for a prelude to the Presidential Election.

Tickets are $15 and can be purchased online at Neo-Futurists. Group tickets also on sale for a watch party – far more entertaining than the TV debates.