‘La Flaca,’ by Adriana Barbosa and Thiago Zanato (Mexico) about a transgender woman and leader of a NYC cult

Feminism was onstage in the U.S vice presidential debate and on trial in the Supreme Court nomination. We’ve recently heard excruciating personal stories of sexual harassment through the Me Too movement and testimonies from the once-underage victims of Jeffrey Epstein.

But, for 11 days, we have a unique opportunity to experience artistic takes on feminism viewing 14 independent films online thanks to the Outgaze Film Festival. A collaboration between New Orleans co-directors Amanda Sanfilippo and Amy Irvin, Outgaze is a small festival intended to open and elevate the perspectives of feminist vision, dialogue and cinematic experience.

Three feature films and 11 shorts were chosen from more than 100 submissions. Sanfilippo, a doula, is a queer sex positive reproductive justice worker and Irvin is the former executive director of the New Orleans Abortion Fund. Festival programmer Meryl Murman, a choreographer and filmmaker herself, has presented queer films and dances at the Contemporary Art Center in New Orleans, as well as cultural performances in Europe.

Funded by the Feminist Majority Foundation and produced by the Creative Community League, these extraordinary films will be available for streaming free, 24/7, October 21-31, and can be viewed in any sequence and as many times as desired.

“In a time of great isolation, feminist and queer filmmakers are often isolated in the industry, and this is a way to give them exposure,” Sanfilippo says. “It is a way to bring people together around these issues that may already be further marginalized.”

Seven of the award-winning filmmakers are American while others hail from other parts of the world, including Brazil and Italy. The films were produced in Iran, Lebanon, Poland, Ukraine and Myanmar. 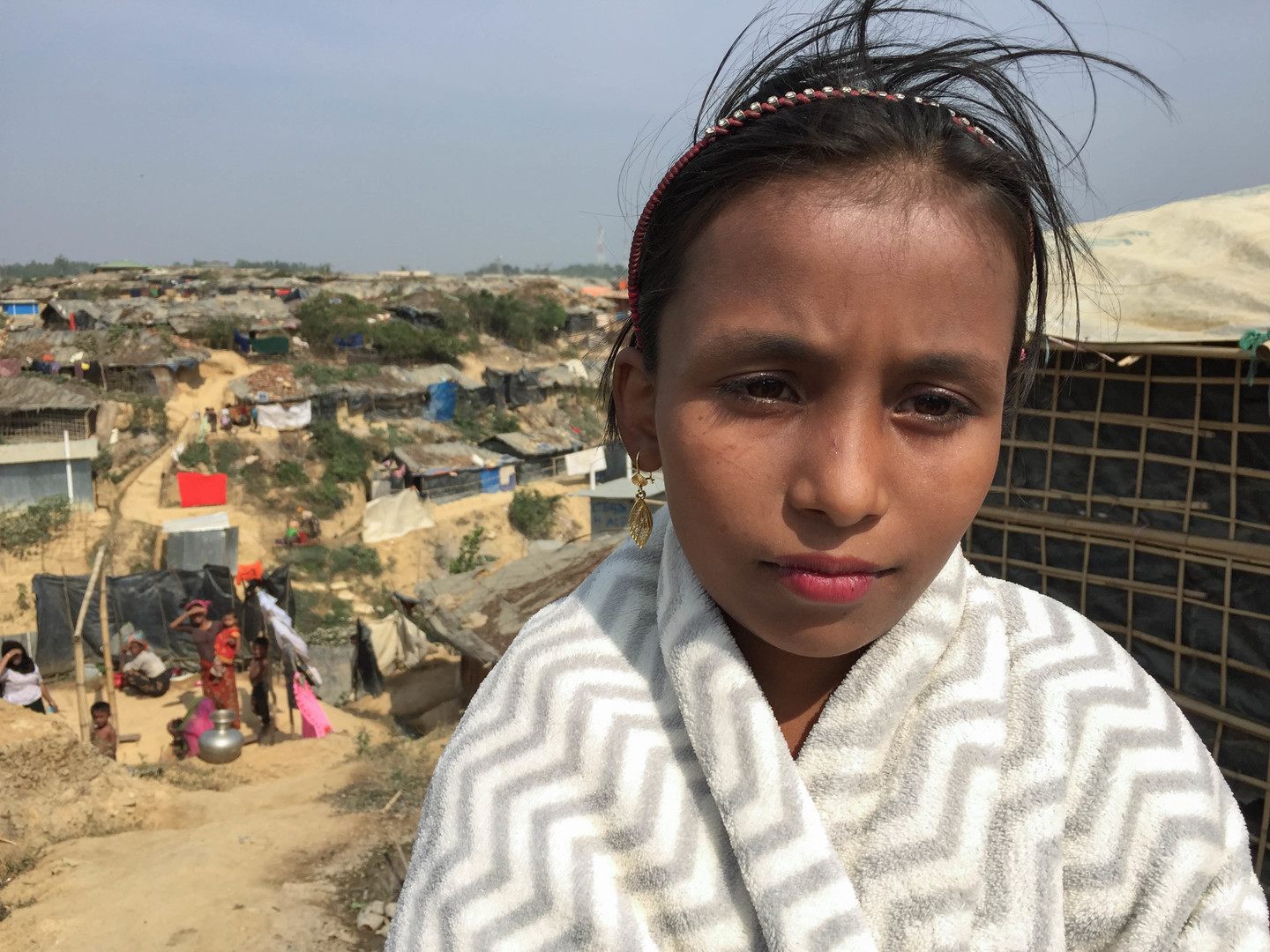 ‘Mother, Daughter, Sister’ by Jeanne Hallacy delves into the Burmese military’s practice of using rape as a weapon of war.

“I don’t know how people would see these films without the festival,” Murman commented.

In addition to screenings, Outgaze will present three moderated panel discussions and a Q&A session with filmmaker Zeina Daccache.

From Iran, Suzan Iravanian, directs Leakage, a film about a middle-age woman whose body begins exuding crude oil. Leakage was the 2019 winner of the Dublin Independent Film Festival.

Italian dancer, educator and filmmaker Francesca Penzani directed a lighter topic, Double Up, a joyous jazz conversation between tap dancer Kyreeana Breelin and bass player Nedra Wheeler. Double Up was the Global Shorts Winner in 2018 among several other prizes.

New Orleans filmmaker Adam Sekular offers his documentary, 36 Hours, an intimate and visceral journey about a woman experiencing difficult labor during natural childbirth. Sekular brings into focus the true work of motherhood and womanhood through one of our most universal experiences.

Mexican filmmaker Patricia Montoya tackles the thorny subject of immigration as Lucia Octavio is threatened at the end of an all-night bus ride along a rocky, border highway. The short is a stirring and tense observation of the dangers women face when they speak about sexual violence. 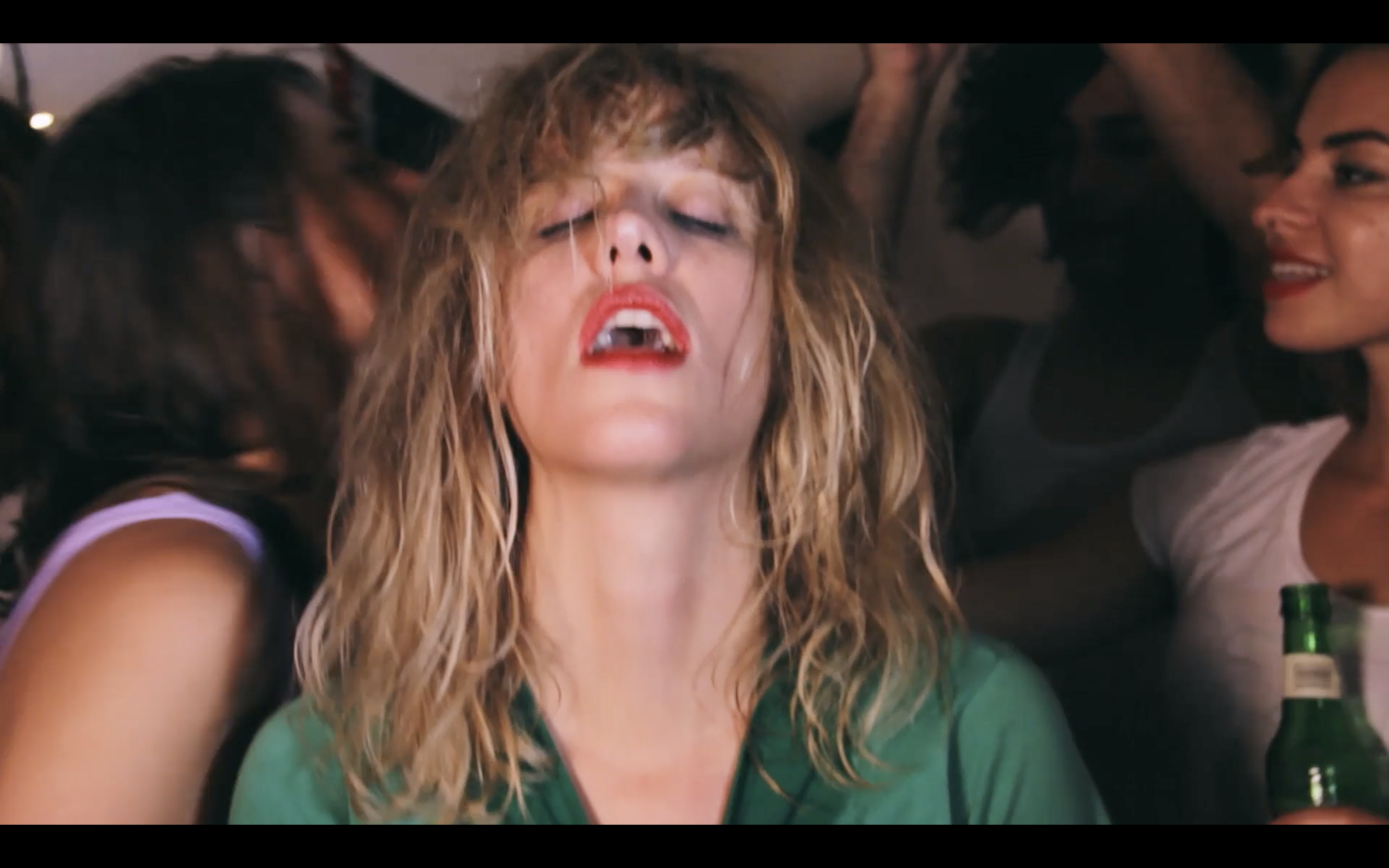 After a night of partying, Stephanie decides she cannot do this anymore in ‘Morning Steph’ by Maja Holzinger.

Murman watched each film multiple times to curate and ensure the film’s appropriateness to the festival’s themes of “embodiment, inclusivity and resilience as resistance.”

“These are aesthetically diverse and beautiful films. There is much dark humor that transcends the difficult subject matters as well as celebration of the resilience of the subjects being depicted in the films. By using beauty and humor and dynamic imaginative storytelling, these filmmakers are able to instill great empathy and emotion in the viewer, which are all platforms for hope and celebration of our human connection,” Murman said.

Free passes to the Outgaze Festival can be found at outgazefilmfestival.org.