This article was originally published on ViaNolaVie on 5/16/2019. 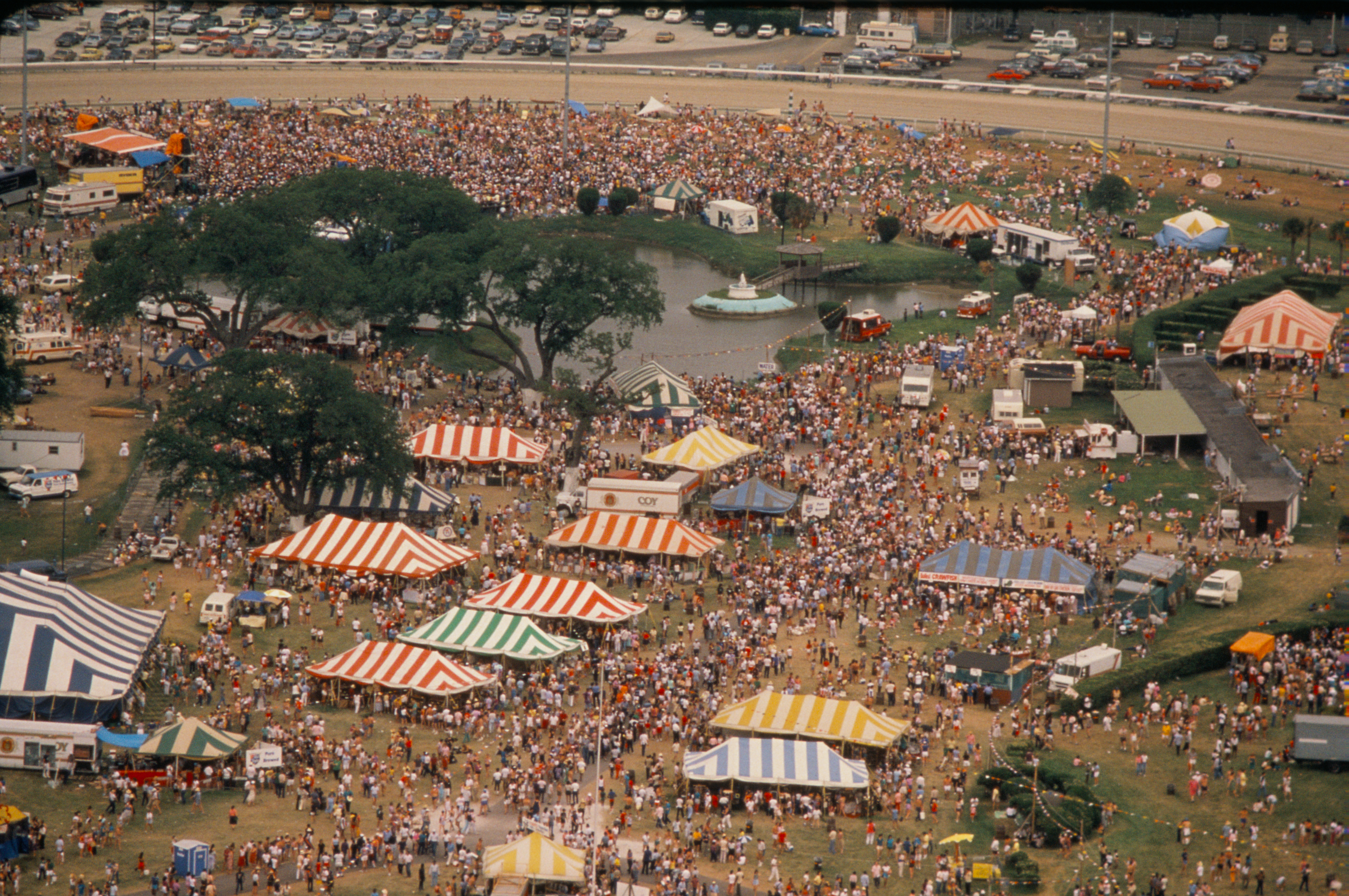 First, there is the basic task of finding one’s way around, clutching a crumpled schedule and fairgrounds map. In the old days, it was possible to see where you were heading. Now, fest-goers swarm like clouds of bees, attracted by the strains of syncopated bass lines and Afro-Caribbean rhythms, lighting here and there, gathering honey from multiple stages. Sounds meld from one area to another while second-line dancers carrying umbrellas and Mardi Gras Indians in beaded suits suddenly appear from out of nowhere. Wear your shrimp boots, a sunhat and a cool shirt, you’ll be all right. 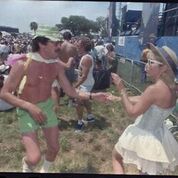 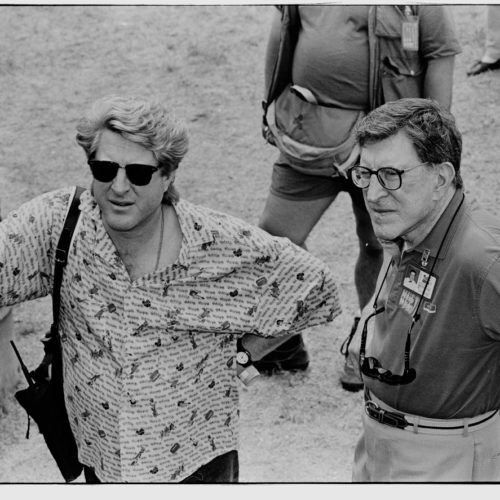 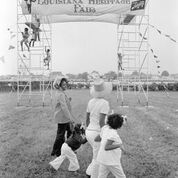 “At the press conference announcing that initial 1970 Jazz Fest, Wein made a bold prediction: ‘New Orleans, in the long run, should become bigger than Newport in jazz festivals. Newport was manufactured, but New Orleans is the real thing,'” Keith Spera recently reported in the New Orleans Advocate. 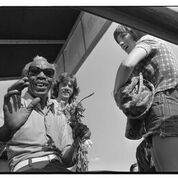 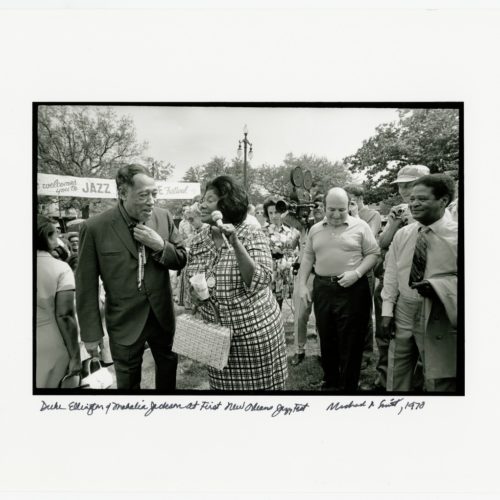 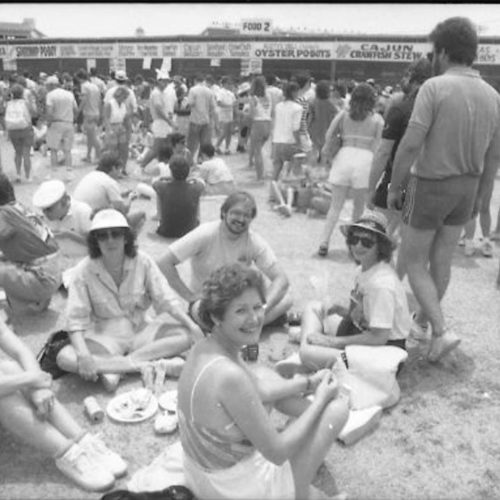 “Our first year, there was no stage,” Quint Davis, executive producer, told the Los Angeles Times. “There was no PA system. We had an upright piano in the grass.” There was no budget to cover hotel rooms for out-of-town performers who stayed in organizers’ homes.

The first, five-day Jazz Fest attracted only 350 attendees, paying $3 admission. The production lost thousands of dollars, but was deemed a success.

From Offbeat’s 2019 Jazz Fest Bible: “I remember one time, me [James] Singleton and David Torkanowsky were hired to back up Snooks Eaglin. There was a wooden stage with bleachers on both sides, and a big puddle of mud the middle. We were waiting for David “T.” Snooks didn’t bring a guitar chord or a case or anything. He kept asking, ‘Where’s David? Where’s David?’ So, it’s downbeat time, ‘Ladies and gentlemen…’ All of a sudden I looked out through the crowd, and I could see across this big giant mud puddle, David running towards the stage. So, he hits the mud puddle, man, and he falls in, but he jumps up, keeps running, and comes up with one shoe on and jumps on the stage.” 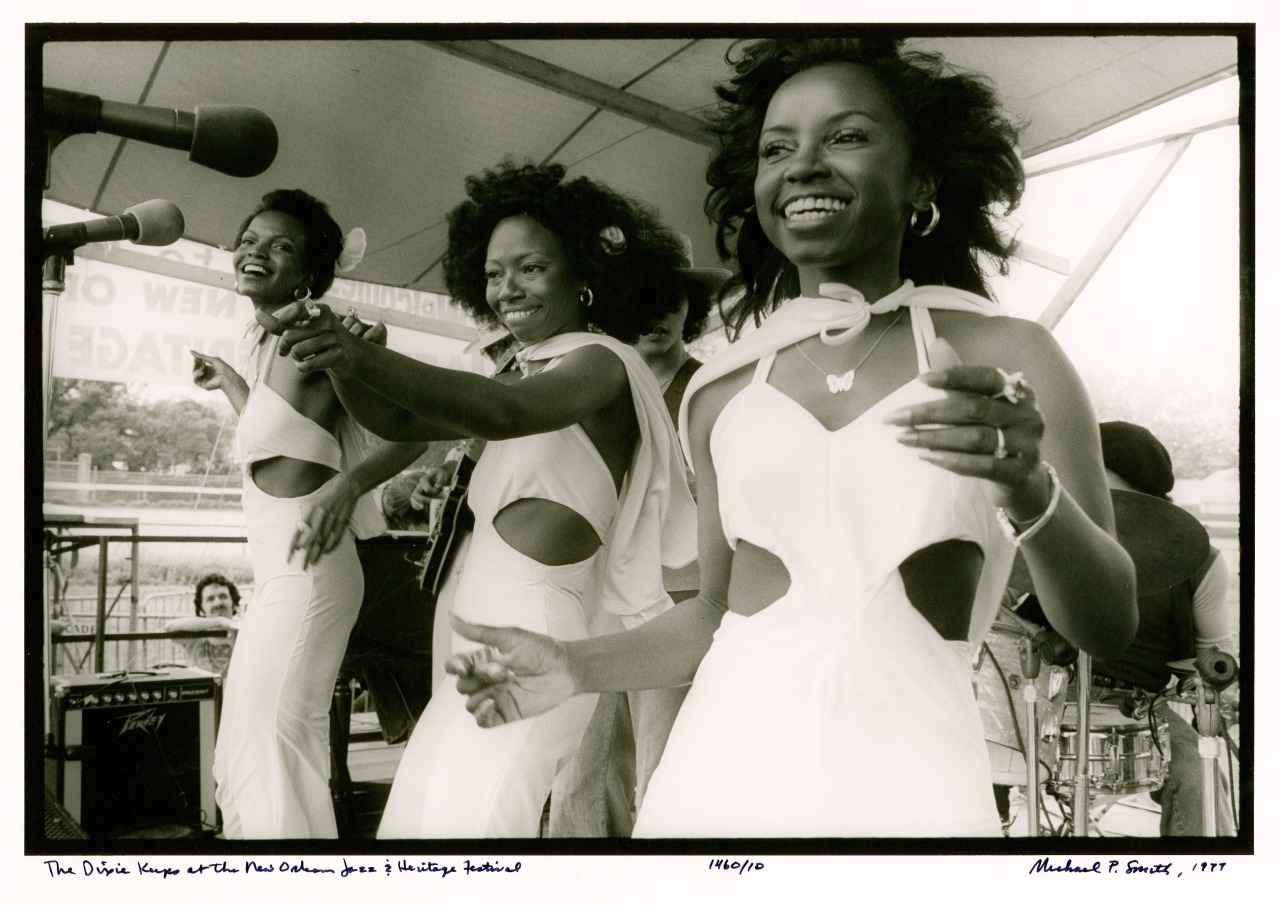 In 1972, the festival moved to the New Orleans Fair Grounds and Racetrack. Bruce Fleury, Tulane professor emeritus, fondly recalls those early days: “The fest gave me a chance to learn what New Orleans music was all about. And that was great not only for me, but for all the hundreds of out-of-towners who went home feeling that our city was a special place. The first day each weekend became one of my favorite times to go, because it was devoted entirely to local acts. The crowds were light, the music was great, no big lines at the food booths or beer tents. For many years, my son and I went almost every day, both weekends. One of our traditions was to stop at the Louisiana Crafts tent and buy a songbird carving from Irvan Perez, one of Louisiana’s greatest decoy carvers. By some miracle, those birds survived Katrina, and they always remind me of how much the fest meant to us.”

As the festival grew, attendees arrived from all over the country and the world. During the early years, Jazz Fest needed loans to stay solvent. The fairgrounds burned down in 1993 and the fest lost money when heavy rains halted performances. Corporate sponsorships were necessary to pay bigger acts that would bring throngs of music lovers. A partnership with promoter AEG Live and the Royal Dutch Shell sponsorship guaranteed the show would go on. But the festival’s growth disappointed some locals. “The bigger Jazz Fest became, the less fun it was to go…I miss the fest the way it used to be,” Fleury said. “It was a fantastic local event, but now it’s just one more venue for big name acts.”

WWOZ-FM Brass Pass holder Sid Jacobson holds a different perspective. “The big name headliners definitely bring me to the fest on days when I otherwise might not go. I also think it’s terrific to see their generosity bringing others and local favorites to join them on stage,” he said. Jacobson recounts: “I do remember Count Basie a long time ago. Later, memories include some of the giants of jazz: The Mahavishnu Orchestra, George Benson and others. Later, Sonny Rollins in the Jazz Tent, Earth, Wind and Fire on the Congo Square stage. Al Jarreau, Santana, Stevie Wonder, Bob Dylan, as well as local bands: Astral Project, The Neville Brothers/Meters, the Marsalis family in any configuration. My absolute favorites: Bruce Springsteen right after Katrina, possibly my favorite show.  Esperanza Spalding in the Jazz Tent, one of the most stunning performances ever.”

This year, the Smithsonian Folkways label produced a five-disc collection, “Jazz Fest: The New Orleans Jazz & Heritage Festival Box Set,” focusing on five decades of great performances with essays and annotations by Keith Spera, Karen Celestan, Robert Cataliotti, Jeff Place, Rachel Lyons, and Jon Pareles, plus photos spanning the festival’s history (published here on ViaNolaVie). The box set delivers the sights and sounds of being at Jazz Fest with five discs, more than 300 minutes of music, rekindling memories for the hundreds of thousands who return to New Orleans year after year.

Taking a break at ChristmasFest
Festivals