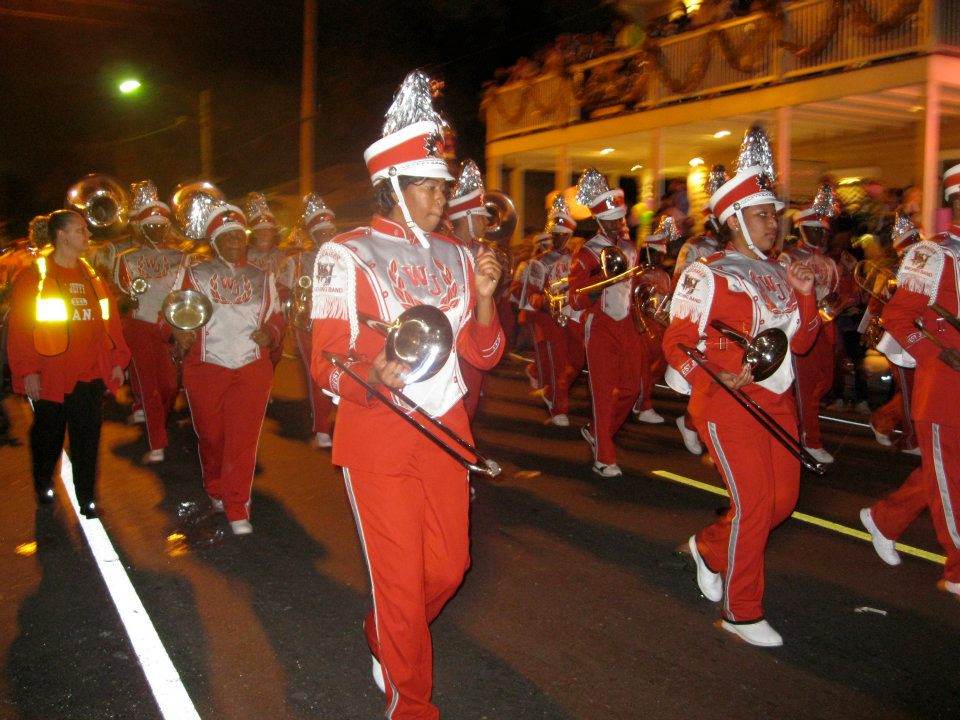 For weeks now, New Orleanians have been missing the comforting sounds of high school marching bands practicing every evening for the thrilling experience of taking command of the streets for Mardi Gras. In anticipation of Carnival season, bass drums boom and trumpets explode across the city in a relentless, rhythmic soundtrack that permeates the atmosphere. Every weekend, second-line parades and Mardi Gras Indians emerge unannounced out of nowhere, blocking street intersections and tying up traffic for hours. Neighborhood walking parades bring out the brass bands, creating anticipation for the big parades.

While the city will be much quieter and more wintery than usual, there’s no need to suffer in silence. WWOZ (90.7 FM and aka The Greatest Station in the Nation), offers multiple fixes to treat your musical addictions. The nonprofit, community-supported radio station, run by the New Orleans Jazz & Heritage Foundation, began in the mid-1970s and broadcast for the first time in 1980. Operating with volunteer DJs, often playing their personal collections, ‘OZ focuses on homegrown musicians.

WWOZ’s Livewire, which usually lists every live music event, has temporarily been replaced by the OnlineWire Gig Calendar. Every day, there are local musicians performing in studios, in clubs or outdoors whose live music is streamed online. You can show your appreciation by purchasing tickets or contributing during their sets through digital “tip jars” on Venmo or other payment systems.

The station has been boasting about its newest online resource, the Groovapedia, an easy-to-use music, culture, groove portal, featuring 30,000 photographs, videos of performances, parades and documentaries, interviews and features about the city’s musical past. Just a few of the treasures include a French Quarter music history walking tour that takes you by Cosimo Recording Studio, Alamo Dance Hall, Al Hirt’s Club and other places of musical interest. Have you heard about the Eagle Saloon? Find out about it in the Groovapedia. How about a talent scout’s discovery of the “King of the South” Clifton Chenier in 1954. It’s all there.