“Everyone is an artist here,” New Orleans painter Emma Fick says, “It’s normal.” Nestled in the southeast region of Louisiana, stands a small city whose creative spirit is so strong and so loud, it is nearly palpable. Taking the road that is not less traveled, as migrating creatives flood the city, Fick stands as one of thousands trying to make a living off of her creative work, in this city oozing with color and rich culture.

Packing her bags, art materials and creativity to pursue grant-based work halfway around the world, Fick immersed herself in the art culture of Serbia. “It’s where I spent two years finding my creative spirit,” she says. To this day, Fick frequently returns to visit friends, seeking out a niche to relax, as this place has become her home away from home, never failing to embrace her presence and welcome her with open arms. 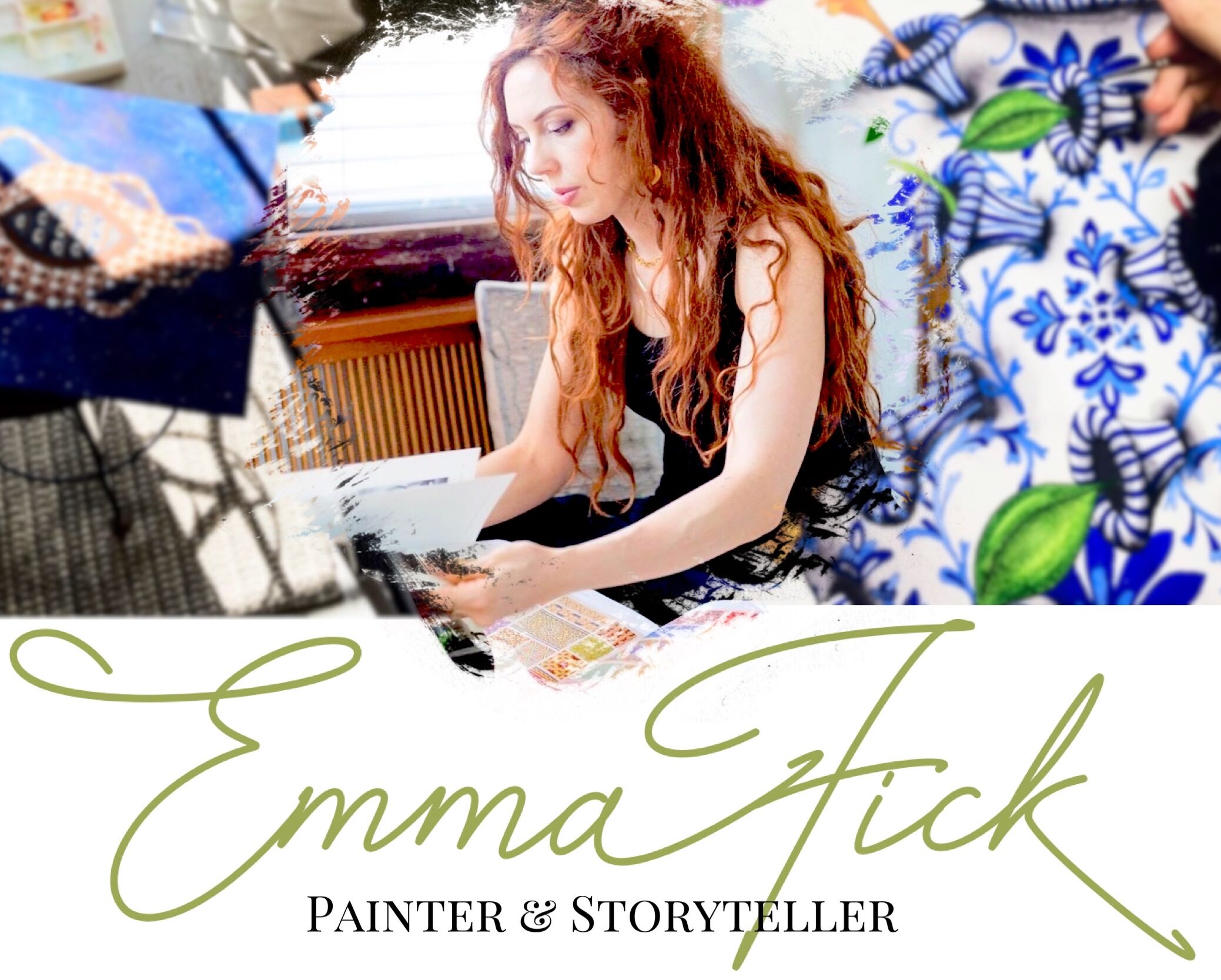 Using the visuality of her artistic craft as a medium for storytelling, Emma Fick works at the intersection of painting and authorship.

Standing in the limelight as the big fish in a new pond, her creative spirit soared; it was, and continues to be nurtured by Serbian culture, regardless of where she is currently located on the map. “Serbia is incredibly rich in terms of art and culture, but being a full-time artist just isn’t easy there,” she says. The inspiration was and is there, but the infrastructure isn’t, reinforcing Fick’s hopes to pursue her career as an artist back home in the states; in New Orleans.

“Coming to New Orleans, no doors opened because a million people want to go in,” she explains, “but it felt more comfortable.” The mold of Serbia fit Emma Fick, “But I knew I wanted to make a living as an artist in the US and that that would require a whole different skill set…” she says. And, Fick is not alone in this urge to armor herself with the skill set necessary to make it as an artist. In many ways, as she explains, this skill set is predicated on where you are, what you do and the ways in which those two factors coincide with one another. 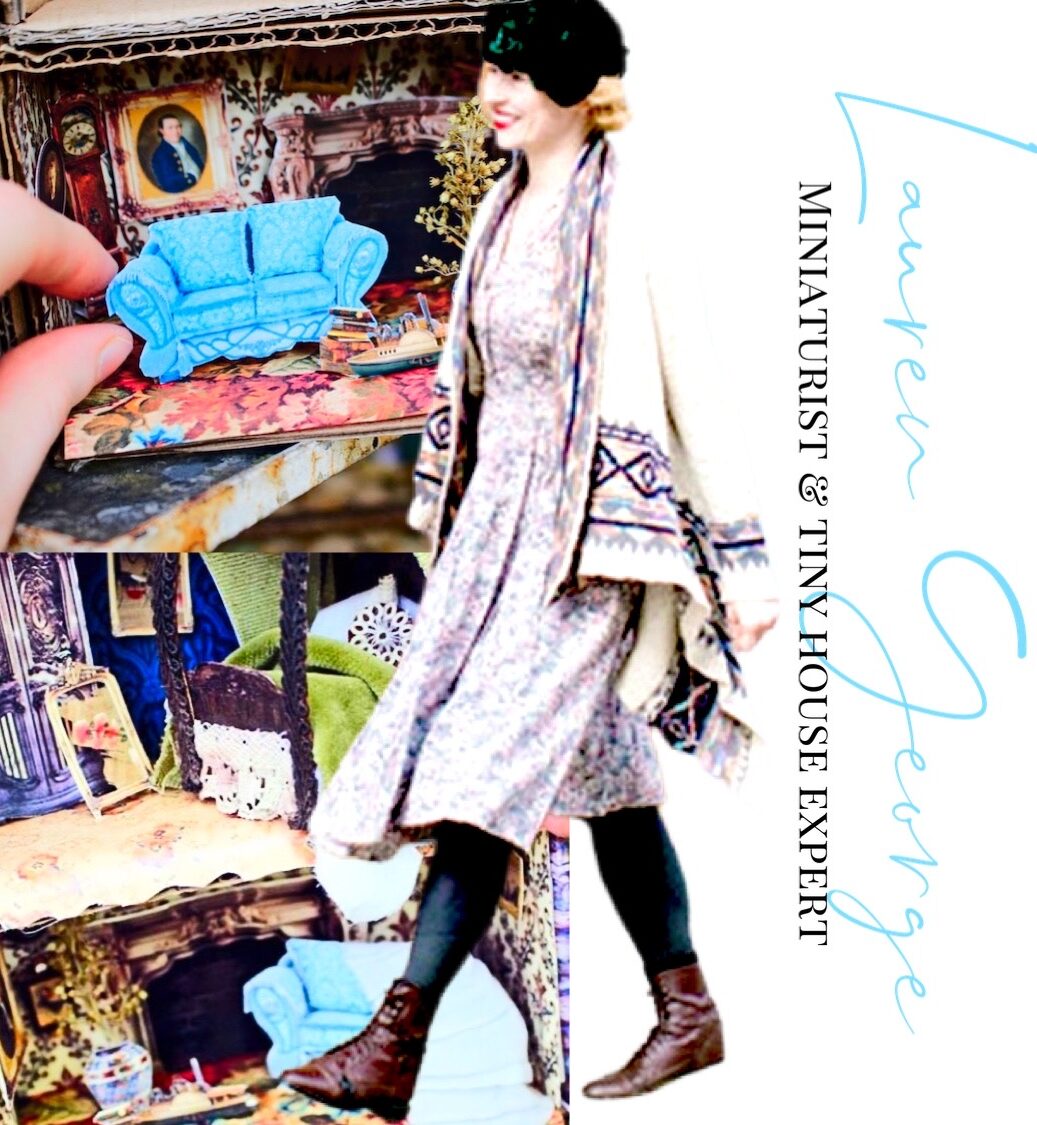 Miniaturist Lauren George epitomizes the unique skill set expected of New Orleans creatives. Working within a realm of the creative economy untouched by others, she revitalizes the wonder in miniature things; small, but mighty.

Having a unique skill set isn’t just something expected in New Orleans’ creative economy, it’s demanded. Take it from Lauren George, one of the only miniaturists in New Orleans. As a self-proclaimed night owl, George carves and crafts away late into the evenings, creating these alternative worlds, miniature in their size, but enormous in their meaning.

Working in her pajamas, with a cup of tea, a hot glue gun in hand and her cat perched next to her, George continues to maximize the benefits of organic camaraderie within this all-embracing city. Lord of Meringues, a local creative more formally known as Ehren Abbott, joined forces with George to remedy the oversold candy on her website. With Abbott’s laundry list of cancelled orders, as a result of the pandemic, and George’s dire need to satisfy her customers’ orders, the two creatives carried each other through this unprecedented time, relishing the power of community. 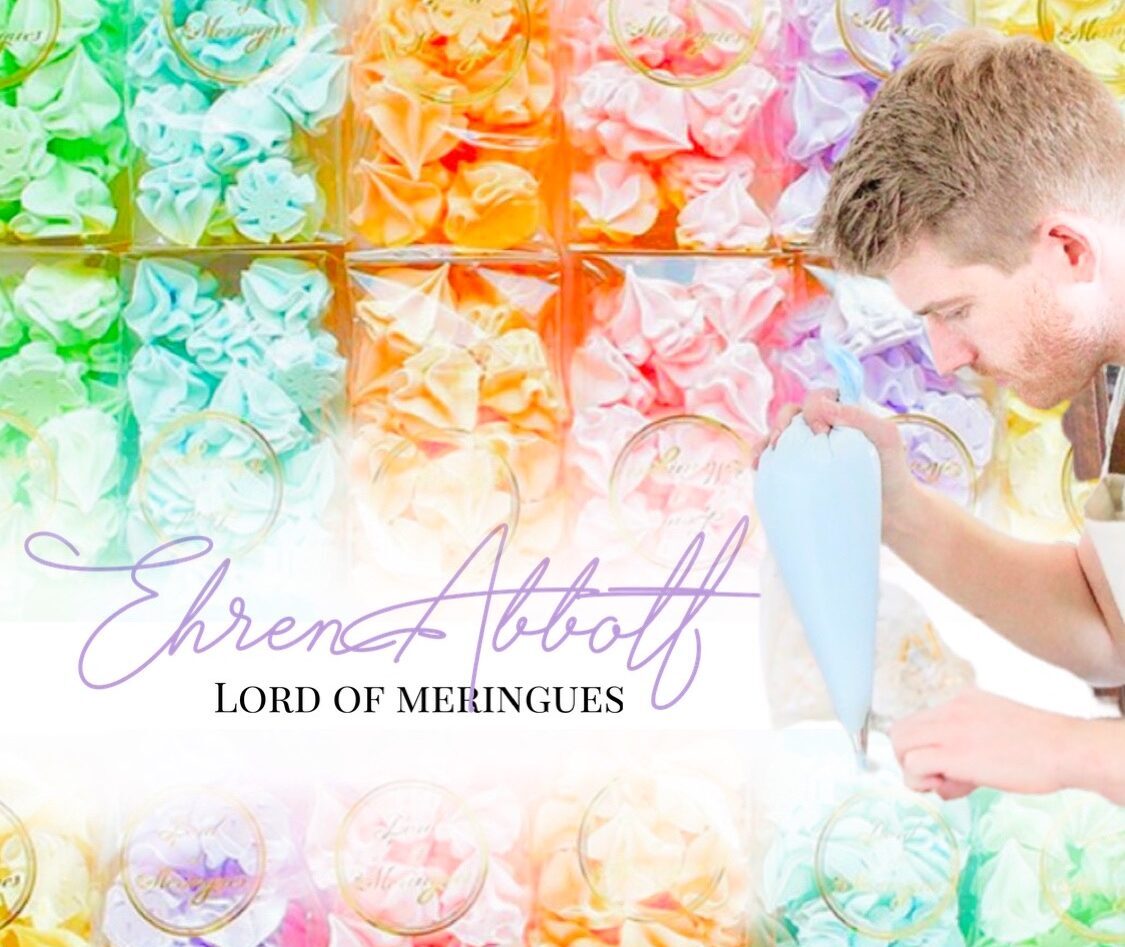 Known by New Orleanians as the Lord of Meringues, Ehren Abbott brings his creative lens to the culinary craft; a sugar-centric science.

“I loved New York too, but here the culture is just different in a way that I’m not even sure how to put my finger on it,” George explains, later noting that the creative community and artistic collaboration is “one of the greatest things New Orleans has going for it.” To be a creative in New Orleans is to be a small fish in a big pond, treading through an overcrowded space, but for George and Fick there is profound comfort in numbers; the more the merrier.

Unlike anywhere else in the world, “There is a network just waiting for artists,” Fick explains. Camaraderie circulates through the air like the thick summer humidity in July. Fostering support to any and all creative professionals in this swamp-filled city, connectivity among artists and creatives alike makes any sense of competition, posed by a high concentration of creative work, insignificant by comparison. In lieu of making a living as a single individual, New Orleans creatives continue to see the wonder of surviving as a community and for artists like Emma Fick and Lauren George, this always brings them home.