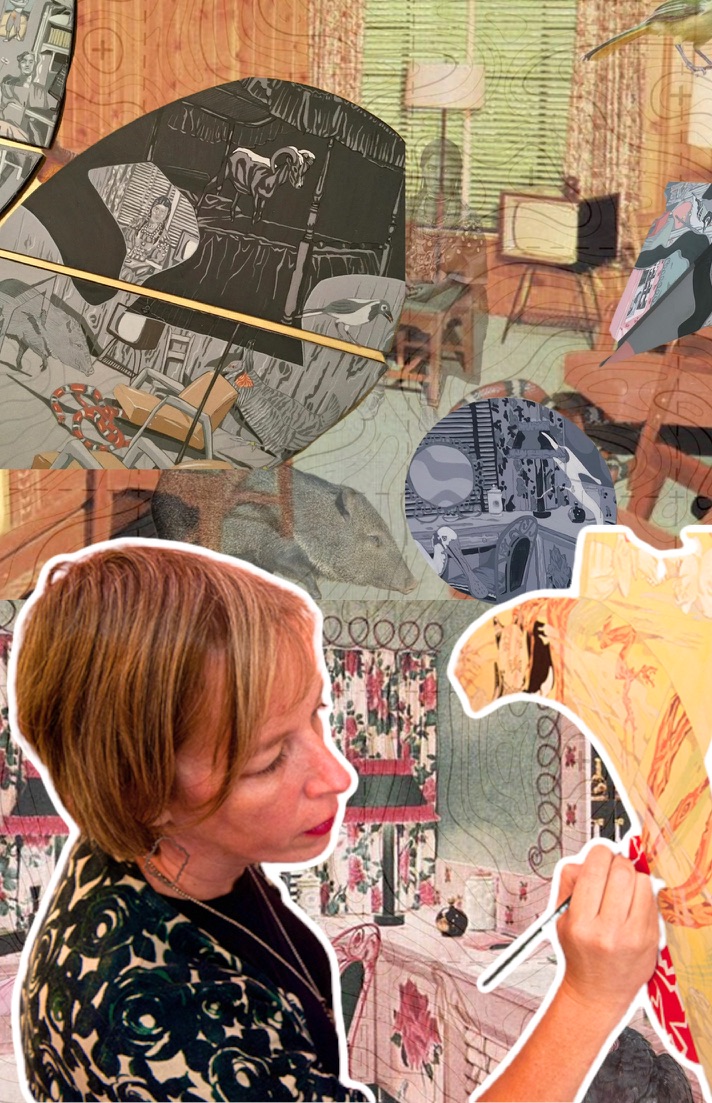 What was once a white fireplace in an old New Orleans home, built in 1881, now appears as an intricately detailed storyboard. For visual artist Norah Lovell, the historical significance resting in the hearth of her recently purchased home was begging to metamorphosize itself into a language more easily understood to all; one that’s universally louder. Bringing a voice to inanimate objects in the most obscure of ways, Lovell relishes opportunities to creatively engage with the spaces she occupies.

“It’s like translation,” Lovell explains. In the same way a bilingual translator uses reciprocity to inform various parties, Lovell uses her creative labor to be the translator between cultural context, history and contemporary consumers, using creative synthesis to retell stories and reproduce meanings. 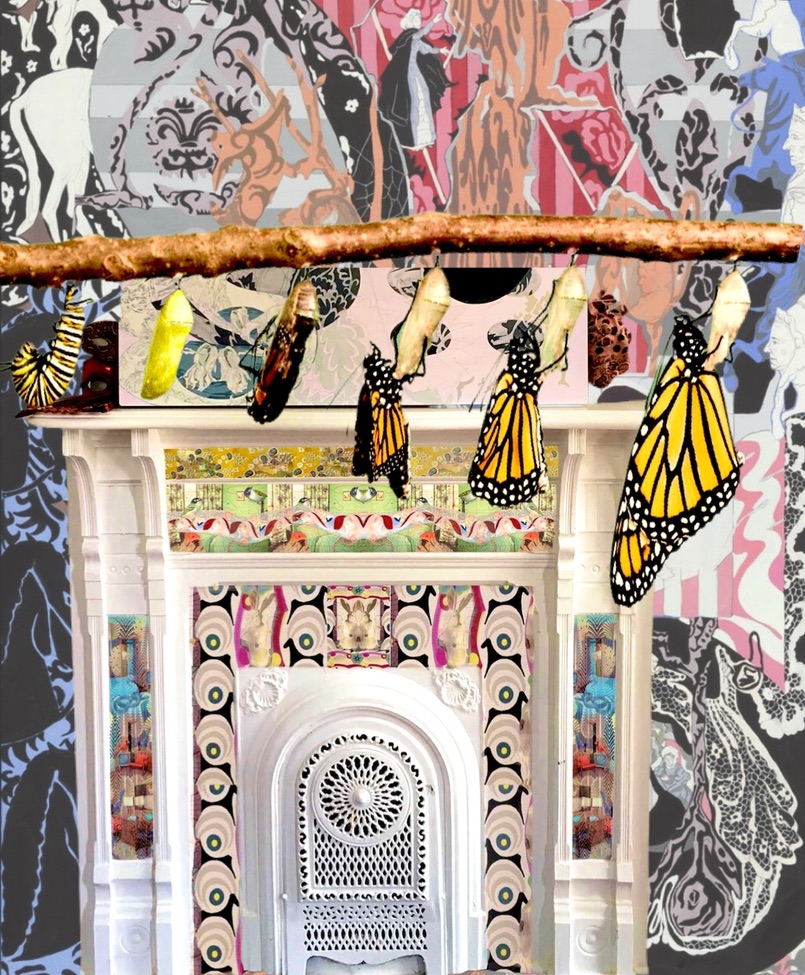 With that creative switch always flipped to “ON,” her way with the world allows everything by nature to manifest as a blank canvas. After sitting at a desk Monday through Friday, she comes home to let her visions come to life in the remaining hours of the day, free to linger however and wherever she feels inclined to. That’s not to say she doesn’t bring her creative translation to her administrative work too, as she says, “You can’t go somewhere for 37 hours a week and not bring your true self to that also.” 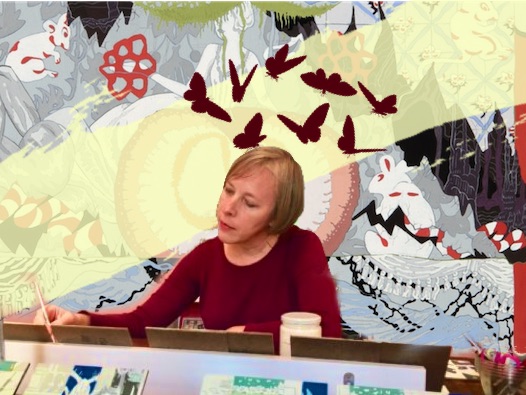 Self-proclaimed “Hearth Specialist” Norah Lovell immerses herself in spaces and roles often perceived to be boring and absent of excitement. Administrative work, to Lovell, doesn’t have to be bland, as she understands it to be another blank canvas at her disposal, just as she sees her fireplace. With the wonder encapsulated in her visions, she echoes meanings through enticing mediums of visuality, proving the power of translation, to both herself and viewers, and its boundless possibility.