Tiana Hux — a musician and performance artist originally from Texas, who now resides in her new home in New Orleans — is the consummate eccentric. Comparable to and drawing influence from performers from the post-soul era, Hux expresses herself as an individual through her artistry and sexuality; she is a performance artist, first and foremost, who finds her expertise in singing, rapping, and interacting with her audience. She views herself as a creative individual and uses her artistry as a vehicle for self-exploration and growth. Hux’s spiritual connection to her music, audience, and stage, combined with her absolute fearlessness in performance makes her a favorite, eccentric local performer.

Hux’s upbringing is reflective of her dynamic work. As a child growing up in Austin, she was interested in drawing, painting, photography, theatre and performance art, and rap music.

Hux likes to express her femininity in writing, due to her professor’s influence and her artistic work as a student in Texas. This is where she was taught to convey herself through art surrounding women, called New Genre, a term used to describe discipline and history with women and actions in art projects.

Her style of singing is a unique mix of rock and rap. These interests, as well as the development of MTV were influential to Hux’s long term vision. She studied fine arts at the University of Texas at Austin, where she continued learning music and new instruments. After spending time as the lead singer of a rock band and her interests in the art, Hux moved to New Orleans in 1999, where the energy, art, food, and creative culture of our city worked its way into her soul.

She learned about traditions and felt like those traditions and the acceptance by others in New Orleans was influential in her success. She released her first album, Story, in 2016. Her multi-dimensional upbringing, including music and arts, strongly correlates to her diverse current success. Her lyrics and performances, which are very expressive, are reflective of her cultural upbringing and strong connection to New Orleans. 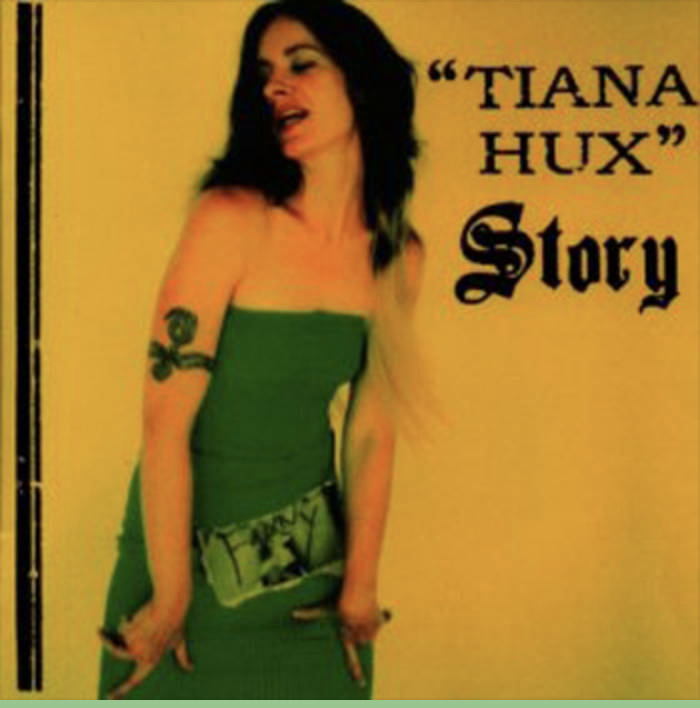 As the eccentric lead singer of the rock band Malevitus, a Grecian namesake which stands for “bad life,” she exhibits a powerful presence. The band prides themselves in their biting, witty humor. The album Story addresses climate change, destruction of war, family life, societal breakdown, death, and incarceration. Their self-titled debut dates back before Hurricane Katrina, but is very relevant in today’s climate, which is very unsettling. With a rock-and-roll twang typical of 90’s indie rock in the style of a Stephen Malkmus project, Malevitus incorporates classic and hardcore rock elements into their aesthetic.

Hux also performs as MC Sweet Tea, hosting an engaging political show based on gender and feminism. As MC Sweet Tea, she is a free spirit and not afraid to show off her femininity. She does this by her provocative style of dance and the type of outfits she wears while performing. She also hosted burlesque shows and talked about her admiration and appreciation for the feminine form.

Hux shows the audience her intellectual and feminist side while performing. This sends a message to the audience to be comfortable with being whoever you want to be. Hux also enjoys performing for children and can sometimes be found dressing up as Mary Poppins. She is not a typical performer. When you commit to attending one of Hux’s performances, you will be fascinated by her different costumes and personas.

Hux is bold and unafraid to show her personality on stage. Her performances are intriguing, a rarity in today’s climate. Her desire to be different is important to her and helps her find inspiration in other performers, like Alex Murray, who is an admired singer and dancer. Hux can often be found at the performing arts theater in New Orleans, New Quorum. 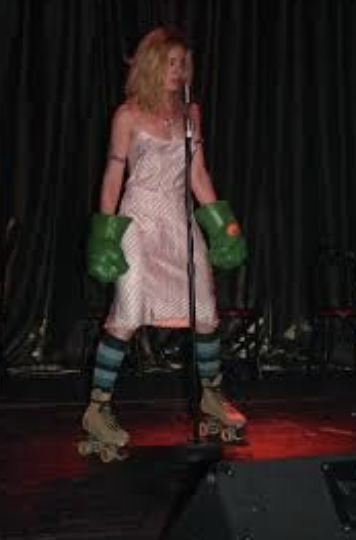 Hux spent many years learning to work with different performers to perfect her artistic message through singing, dancing, playing drums, puppetry, and dressing up in costumes. She is mesmerized by hip hop and taught herself to rap. She also engages with audiences in interactive theaters; Hux’s job in Preservation Hall was beneficial to her growth because she met other artists — old and new — who had a lasting impact on her. Some of these performers had been playing their whole lives and were kind, encouraging, and supportive of her. Hux found it humbling to be around people who were accepting of others.

When Hurricane Katrina hit, Hux’s career came to a sudden halt. This was very hard for the new artist, so she made her way back to Austin, Texas and performed in a rock band. Although there were a lot of opportunities for musicians in Texas, Hux still had a strong connection to New Orleans. She had always appreciated the openness of people in New Orleans, but now more than ever, after watching everyone working together to build back the city, she found herself heading back.

Her experiences and rebuilding of New Orleans, paired with her creativity, allowed her to be successful in the next phase of her career.  Hux is not afraid to be different. She calls her performances, “outrageous and out there.” Hux can be compared to some of the most successful musicians from the post-soul era like Bette Davis and Prince, because she is unapologetically herself, but she also has a situational awareness and desire to impact social change. In Sounding Like a No-No, Royster explains that “A great musical historian, able to take the strengths from past influences of rhythm and blues, soul, blues, and rock and put them in his own fresh and quirky world of sound” (Royster 3). This quote relates to Hux because she also uses similar language when she writes, including “a quirky world of sound.”

Her eccentricity gives her the freedom to express herself and her songs that are full of meaning. When Hux performs and sings to a crowd of people, her lyrics, witty, and spunky energy is entertaining, and her true success is an example.  In Sounding Like a No-No, Royster states that “Many are famous for being themselves— as Personalities.” (Royster 8). Hux is able to use her personality to gain a following. 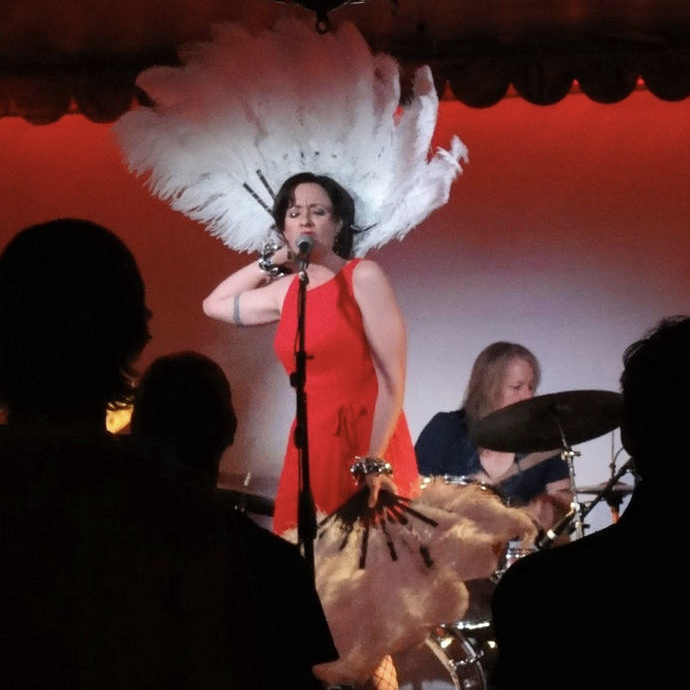 While meeting with Hux via Zoom, she talked about advanced technology. Since Hux views herself more as a live performer and enjoys interacting with the audience, she has never been interested in doing live streams. Due to our current challenge, Hux feels that this pandemic could make things difficult for her; she knows she must adapt — use her creativity and think about new ways to perform.

With the constant changing of times, Hux’s strong connection to people and the community, as well as her creativity, sets her apart from other artists. Hux’s unique and energetic musical performances bring a mix of rock, rap, and punk, that can appeal across generations.

If you want a real understanding of Tiana Hux, however, you must (eventually) see her live. Her quirky behavior and memorable lyrics make for a one of a kind experience. Due to the current pandemic, her recorded music videos are available on YouTube. Although not live, her extraordinary personality will shine through.

Tiana Hux: The powerhouse eccentric in conventional clothing
Music
We use cookies to ensure that we give you the best experience on our website. If you continue to use this site we will assume that you are happy with it.Ok