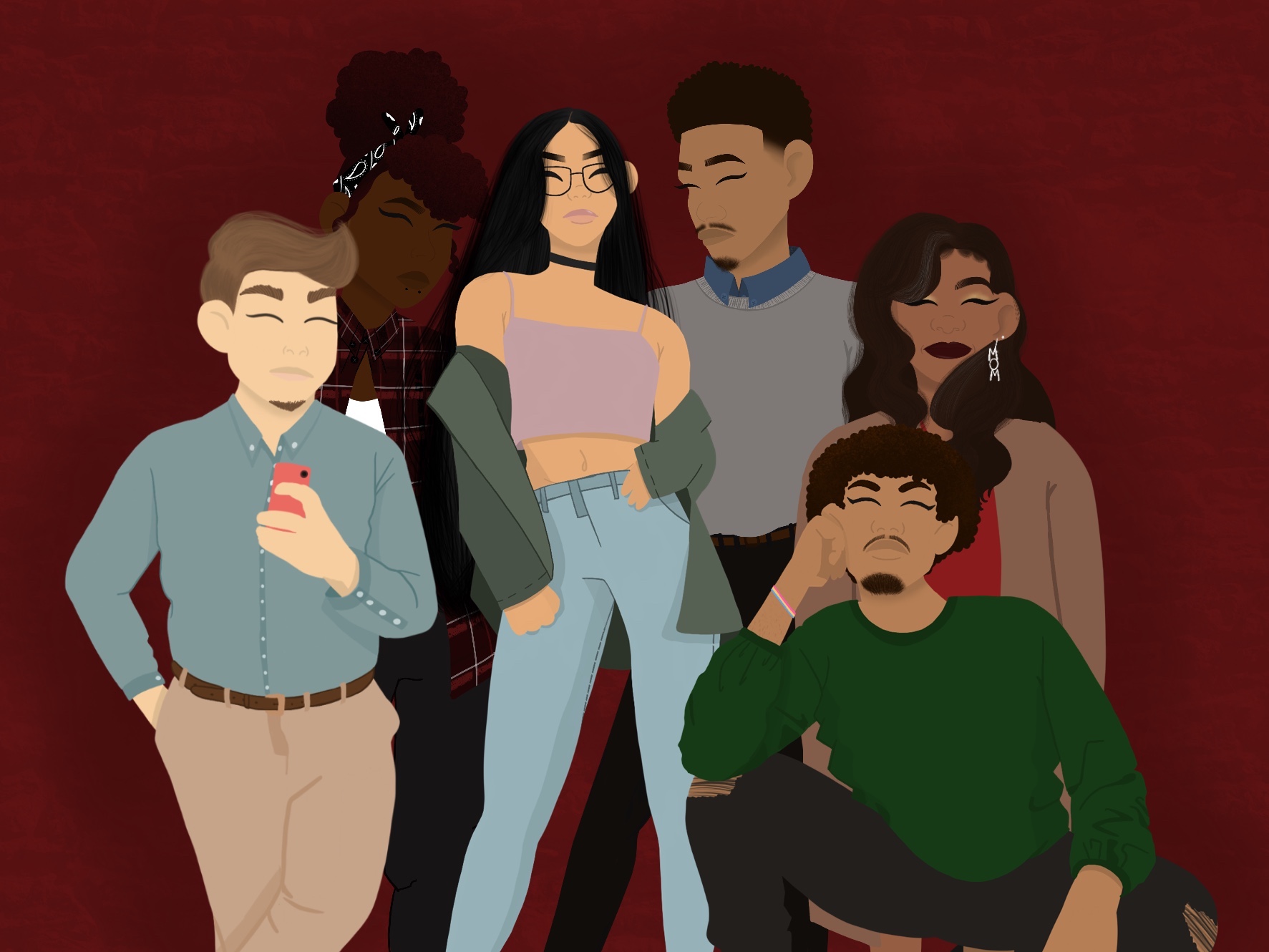 Many arts organizations have had to evolve to reach audiences during the coronavirus pandemic. Museums are holding online exhibitions; musicians are staging online jam sessions; and theater groups are adapting performances to readings.

LOUD, a queer and trans youth theater ensemble based in New Orleans, was in the process of workshopping an original script for live performance at the Contemporary Arts Center when social distancing became mandatory. Since then, they’ve worked virtually via Zoom. The actors were challenged to re-imagine The Scarlet Rebellion in one dimension as a Live Stream theatrical experience.

The play was co-directed by Raven Crane, an actor who also works with Rethink, a youth development organization, and Indee Mitchell, a dancer and storyteller heavily influenced by DIY culture and the radical politic of resistance. LOUD’s one-night-only performance launched online Friday, June 12.

Colorful backdrops by Toni Duplechain-Jones provide a sense of place, running more than two hours in three acts. Because the show went virtual, LOUD was able to reach a broader audience across the nation and even in Germany. Anyone who missed the performance, can watch it online.

LOUD theater queer and trans youth ensemble is guided by four core values: undoing oppression, youth leadership, solidarity, and a commitment to devised theater. Each season, a group of LGBTQ youth between the ages 13 to 21 explore the connections between art and politics through original performance. Interns receive political education concerning power and capitalism and how those forces act in the world, Mitchell says.

In The Scarlet Rebellion, five ensemble members came together to envision an uprising in Party City, fighting for protections for people of color and queer people from beatings, killings, suppression and oppression. Violet, 17, lives in the Queer House where the Tree of Life grows. They want to start a revolution and recruit others to join them.

“We’ve got to get the police to stop treating us like criminals,” they say.

Sydney earns minimum wage at Fishy Queen, but dreams of becoming the city’s most successful drag queen. Sister Krista feels unaccepted in the Catholic Church and intervenes for Violet when they are harassed on the street by police.

“If it isn’t the guns, it’s the drugs, the Dollar General education, the gentrification, the highways, the rape culture, the general lack of care…” says Ro, rejecting the “just makin’ it” society.

Finn falls asleep under the Tree of Life, gateway to the Astral Plane, where equality is not a myth. Celestials choose Finn to lead the transformation. What would it be like to live in a just society where people can afford the medicine they need, kids attend good schools and people can walk the streets confidently, knowing they are safe? Shouldn’t there be other options besides joining the military or playing sports? Celestials encourage Finn: “You must fight or things will never change. You have the power.”

In the midst of the ensemble’s rehearsal schedule, George Floyd, a 46-year-old Minneapolis Black man, was murdered by police. Mitchell calls The Scarlet Rebellion’s theme “prophetic.” It is “politically infused, relevant work.” The racial incident did not change LOUD’s plot, but it gave the topics of bigotry and police brutality even greater meaning.

“The violence these people feel is real. These are their stories,” Mitchell says. “It is happening to them and to their peers.” Generation Z (ages 8-23) are 48% people of color; 35% using gender-neutral pronouns.

“While making The Scarlet Rebellion, we were able to imagine new possibilities of a more equitable and just society, imagine a world where people are not treated as disposable. This collective dreaming has brought me hope, a feeling hard to come about during a global pandemic that is further exposing the many cracks in our broken system,” Mitchell says.