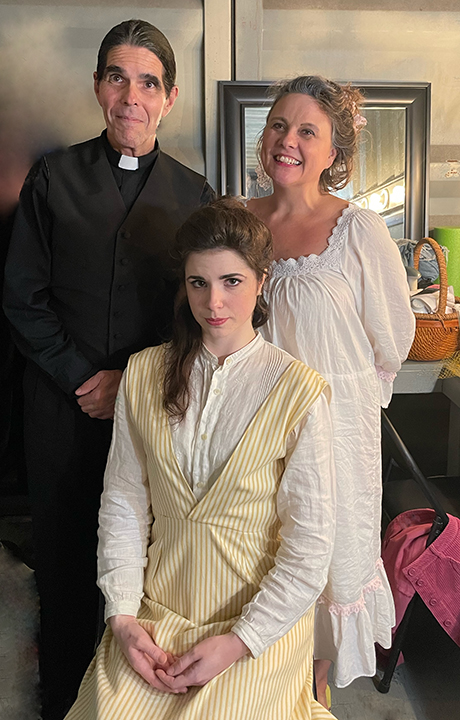 Come with me to The Marigny Opera House. The backdrop: New Orleans in the thick of summer, when the air is so humid you feel wrapped in steam. In the deep South, this is a season when time slows down and quick movements transform into luxurious pauses. On this particular night, a different season pulsed alongside the hot one we’re in; one that had been dormant for too long.

Theater season had awakened after a lengthy Covid-induced winter sleep.

The Tennessee Williams Company was able to bring its dream of bringing Tennessee Williams’ Summer and Smoke to the stage after a delayed opening night of two years. Director Augustin J. Carrerro and Sound Designer Nick Shackleford combined their talents and passion to make this performance happen.

Walking into the Marigny Opera House for the first time was like stepping into a roofless cathedral. The outside unfolded seamlessly into the inside. With the soft buzz of cicadas and crickets, it was easy to be transported to another place and time, specifically Mississippi at the turn of the century.

As soon as Alma (the talented Elizabeth McCoy) took the stage, we were there with her in the thick of a Southern summer. The sheltered daughter of Reverend Winemiller, she falls in love with John, (the equally talented Justin Davis).  In a haunting voiceover that reverberates throughout the theater, we hear Alma and John’s young voices from childhood as they share their thoughts and dreams: “My name’s Alma, the Spanish word for soul.”

Her name represents everything Alma stands for when it comes to love, even amidst John’s insistence that physical connection is what matters most in relationships. They hover inches from this fusion of body and soul, but their opportunity tragically expires by the second act. John realizes too late that Alma was right; it takes so much more to elevate intimacy to love. Yet it’s Alma who ultimately forfeits her ideals and ultimately herself.

At the close of the final scene the audience erupted in applause. I immediately sought tickets to see it again because “Summer and Smoke” had broken my heart, and I hoped another viewing might mend it.

Between performances, I had the opportunity to connect with  actor George Trahanis, who played Reverend Winemiller.  George moved to New Orleans in 2005 after working as an actor in New York City for many years. Although he loves that city and his time there, he said that he’s never met a more welcoming theater community than the one here in New Orleans.

“After I finish an audition here and come out of the room, all the actors are waiting to tell me how great I sounded and how I did a good job,” he said. “That kind of thing rarely happened in New York. The theater scene here is one of the most cohesive ones I’ve ever experienced.”

Playing the Reverent Winemiller brought its challenges, George says. “He’s a very uptight person. He worries constantly about reputation and is very nervous about his wife’s breakdown and what his daughter Alma does. The arc of his character is very continuum. By the end of the play he’s given up and lost all hope.”

So how does George prepare for such a complex role? “I try to see if I can identify any part of myself with the character, and I like to stretch myself. I consider myself an artist who is enjoying his craft. Part of your art is doing the audition. 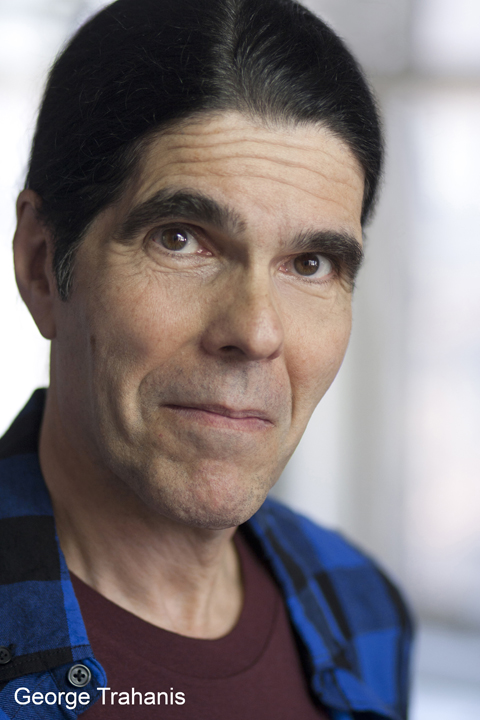 “It has been two years since I had been on a stage. It’s been a journey. Old anxieties about worrying if I’m not good enough sometimes surface. I meditate and get that garbage out. I do a lot of writing on my own before a performance. I’ll get out a piece of paper and ask what I’m afraid of. It’s cleansing and it works.”

I attended the play again on closing night. George and the cast were again radiant and fully invested in the story. As events trickled closer to their inevitable and tragic end,  I couldn’t stop thinking about George’s final words about Alma.

“Sometimes we think we want something, for a very long time. Alma was in love with John for so long. Sometimes we get what we want and sometimes we don’t. Nothing is for certain, something can always happen. You just gotta trust in yourself and go with it.”

It’s a fitting summation of not only the play, but the company itself. With “Summer and Smoke,” the Tennessee Williams Theater Company revived the power of theatrical storytelling that’s been on hold for so long.

The company has moved to Loyola University for its current production, which closes out its sixth season. “Clothes for a Summer Hotel” is Williams’ haunting, poetic memory play about the final days of F. Scott and Zelda Fitzgerald, set outside the surreal gates of an asylum near Asheville, North Carolina. Performances continue through Sept. 24. For more about the company and upcoming productions, click  here.

An interdisciplinary production of Euripides’ ‘The Bakkhai’
Dance and Theater