BATON ROUGE – Since December 23, 2019, there have already been three major lawsuits filed against the United States Army Corps of Engineers and the Mississippi River Commission related to the effects caused by the 2019 opening of the Bonnet Carré Spillway on the local environment.

The Bonnet Carre Spillway is a 5.7 mile channel in St. Charles Parish that connects the Mississippi River to Lake Pontchartrain. It was built to divert the river’s flood waters to protect levees in New Orleans during flood stage water levels. The spillway was open for a total of 123 days in 2019 in order to protect levees in the New Orleans area that were threatened by record high water levels on the Mississippi River.

On average, the spillway was has been opened once every ten years in its first 75 years of existence, however the spillway has been opened five times in the last nine years – in 2011, 2016, 2018, and twice in 2019. In 2020, the spillway was reopened once more on April 3, 2020 and it was closed on Friday, May 1.  In September of 2019, the U.S. Department of Commerce declared a federal fisheries disaster in Mississippi, Alabama, and Louisiana due to the impact of fresh Mississippi River water into the Gulf of Mexico from the prolonged opening of the spillway. 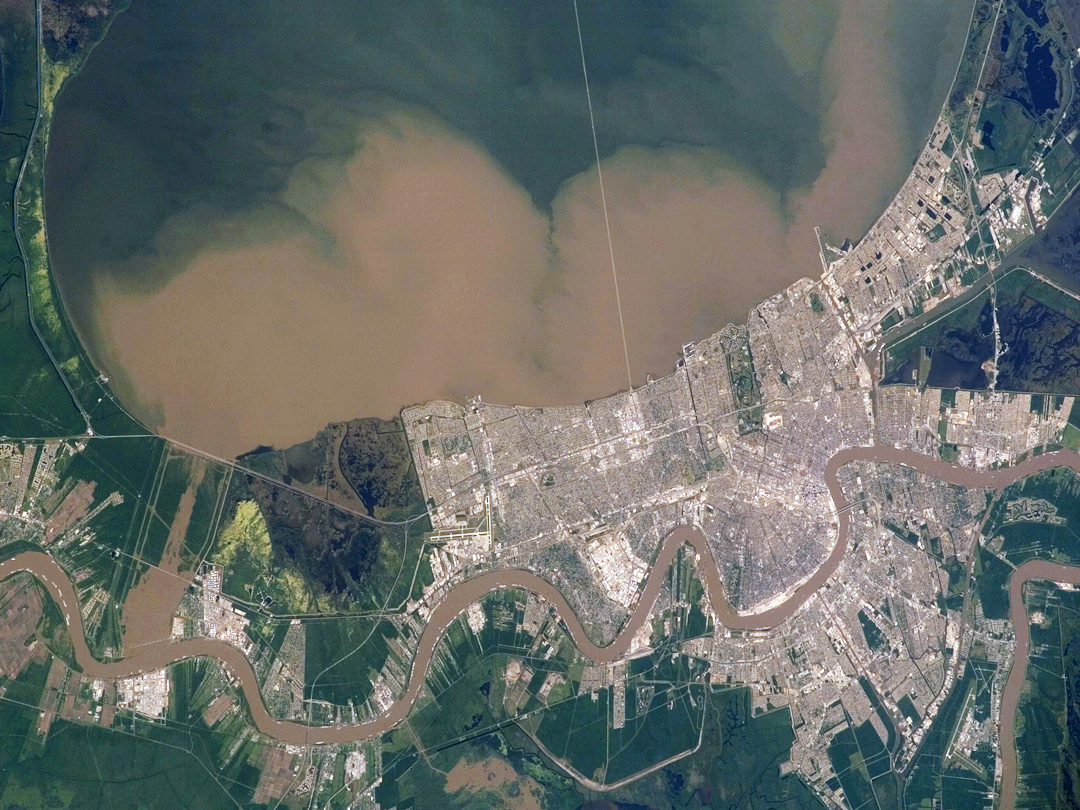 A coalition from the state of Mississippi was the first to file suit, complaining that the opening of the spillway released “a flood of polluted Mississippi River water through the Lake Pontchartrain Basin and into the Mississippi Sound, wreaking havoc on the natural resources, communities and businesses on the Mississippi Gulf Coast.”

The suit alleges that nearly all of the oyster reefs in the western Mississippi Sound were eliminated, and shrimp and fish left their habitats. In addition, large numbers bottlenose dolphin and endangered sea turtle corpses were washed ashore. The impact of this hit fisherman hard and impacted the entire seafood industry. The suit also alleges that the damages were caused by nitrate and phosphorus filled water that traveled through the Bonnet Carré Spillway from the Mississippi River. The Mississippi Department of Marine Resources estimates the financial impacts to fisheries alone to be over $160 million.

A second lawsuit claiming that “damage has been done to the waters of the Mississippi Sound and its submerged lands, caused by sediment loading and freshwater intrusion, which resulted in the smothering of natural resources of the public trust.” That suit, filed on December 30, 2019, by Delbert Hosemann, the Secretary of State and Trustee of the Public Tidelands Trust in Mississippi, is also seeking a preliminary injunction that directs the Army Corps and Mississippi River Commission to open the Morganza Spillway in addition to the Bonnet Carré to lessen the amount of floodwater that enters the Mississippi Sound. According to Hosemann, if the injunction is not granted, the Mississippi Sound faces “substantial threat of irreparable injury.”

“We weren’t even given a heads up by the Corps that this was coming. I actually found out by an email from an individual who was interested from Louisiana,” he said. “I talked to Colonel Michel over at MEMA (Mississippi Emergency Management Administration) – he had no idea. I talked to Senator Cindy Hyde-Smith – she had no idea.”

Watson went on to say “They’re not reaching out and telling us before they make these decisions and it has a harmful impact on Mississippi, not just the coast, but the entire state feels it.”

The Morganza Spillway lies well upriver from the Bonnet Carré Spillway, which Watson says, could release pressure on some of the flooding into the gulf and estuaries.

“We don’t think that’s too high a task for them to complete,” he said. “It’s a problem that is going to continue to happen in Mississippi if we continue to see this flooding.”

In 2019, the Bonnet Carré Spillway was opened three years in a row for the first time in the 89-year history, which creates devastating impacts, says Watson.

To solve this problem, Watson believes that the Army Corps of Engineers and officials from Mississippi and Louisiana need to sit down and figure it out together. 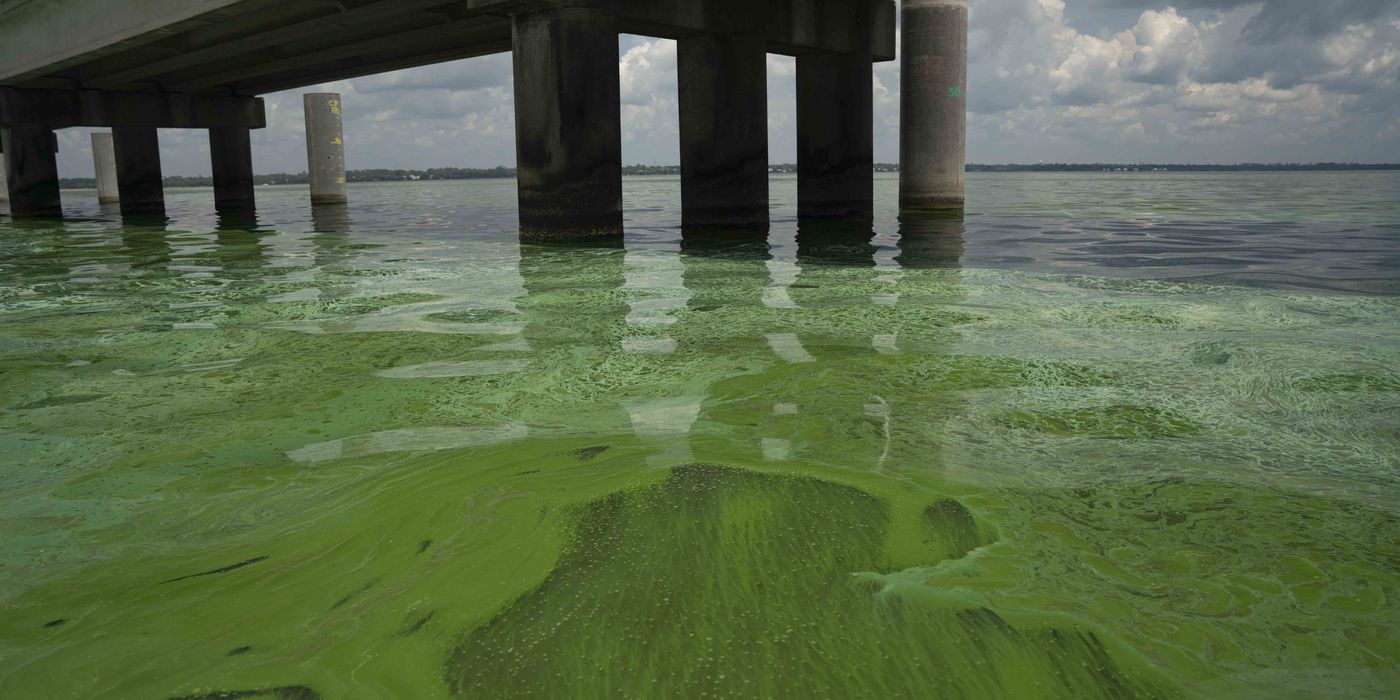 An algae bloom in Lake Pontchartrain under the Causeway – John Snell

Openings of the spillway allow for toxic algae blooms to develop, creating low oxygen “dead zones”, which suffocate any life that cannot escape. Wildlife can also be harmed by the large amounts of sediment that are carried through the spillway from the Mississippi River. The lawsuit is targeting the effects of spillway openings on nine endangered species: loggerhead, leatherback, green, Kemp’s ridley, and hawksbill sea turtles; piping plovers and red knot birds; gulf and pallid sturgeon; and west Indian manatees. All of these species live in the lower Mississippi River, its wetlands, Lake Pontchartrain, Lake Borgne, and the Mississippi Sound for at least part of their lives.

Environmental researchers believe it is very likely that the spillway will be opened more frequently in the future as increased rainfall caused by warming temperatures will continue to add pressure to the levees. This could potentially lead to even more lawsuits from those affected by the spillway’s openings.