BATON ROUGE – One unusual aspect of Louisiana’s previous Stay at Home Order has forced many businesses to go online, including the legal system.

Darrel Papillion, a trial lawyer at Walter, Papillion, Thomas, Cullens in Baton Rouge and former president of the Baton Rouge and Louisiana State Bar Associations, says his daily work, along with that of many other lawyers, looks pretty under the Governor’s order.

“My work as a lawyer is affected by Coronavirus to the greatest extent perhaps because the courts are closed, and we are not able to go to court the way we normally would,” said Papillion. “The Governor’s orders about the pandemic have eliminated the running of some of our deadlines, making a lot of the things that we would file less urgent, but it’s very difficult to work as a lawyer without fully functioning courts. The courts and the presence of the judges, the deadlines of court proceedings put pressure on parties to conclude legal matters more quickly.”

“My office is closed to the public, so my staff and I are working remotely, which is not optimal – it is not the best way to be productive,” said Papillion. “We don’t have the ability to do everything we could do if all the employees of our law firm were working in our fully functioning law office, although we are probably sixty to seventy percent effective, and we’re able to transact business and serve our clients.” 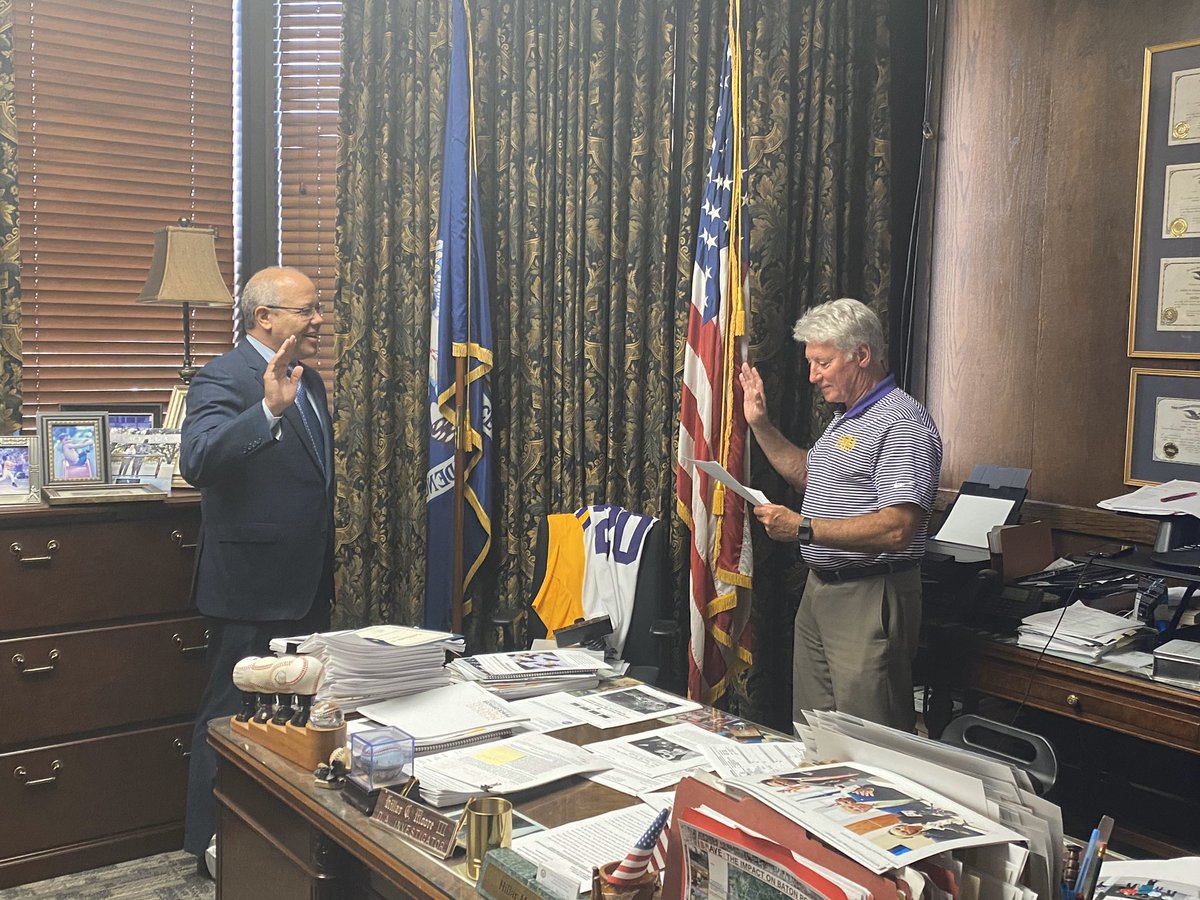 Tony Spell, pastor of Life Tabernacle Church in Central, LA, is defying Governor Edwards’ Stay at Home order, by continuing to host church services with hundreds of attendees. In March, Spell was issued a summons for violating the governor’s executive order against gatherings of over 50 people because he hosted a service with about 500 attendees.

On April 20, Spell was arrested for assault after nearly running his church bus over someone who was protesting his packed church services. In response to his arrest and to those protesting him, Spell said, “My right to have church and to preach the gospel of Jesus Christ are endowed by my creator — not my district attorney, not my chief of police and not my Gov. John Bel Edwards.” Spell went on to say, “I cannot give up those rights. God forbids me to give up those rights.” Despite being on house arrest, Spell again left his house to host church services on April 26, violating his bail and placing him in contempt of court.

As Special Assistant District Attorney, Papillion has been working on Spell’s proceeding remotely. “I have appeared in court remotely for hearings for a conference relating to that proceeding,” said Papillion. “In addition to that proceeding, I have worked on my regular case load by doing depositions, mediations, and other legal meetings via Webex or Zoom teleconferencing. I teach a class at LSU Law School, and for the entire month of April I’ve taught my class via Zoom.”

While the Governor’s orders are to keep people safe, one unintended consequence of a manpower shortage is the potential for industrial accidents to occur. Another effect of the Coronavirus pandemic on the legal system in Louisiana was the Environmental Protection Agency’s (EPA) memorandum COVID-19 Implications for EPA’s Enforcement and Compliance Assurance Program. In the memorandum, the EPA announced that it was suspending the enforcement of environmental laws due to the Coronavirus pandemic. This is a temporary policy, and it currently does not have a set end date.

While environmental laws will be going unenforced indefinitely, the EPA stated, “entities should make every effort to comply with their environmental compliance obligations.” The EPA decided to take this action because of COVID-19’s potential to create worker shortages, travel restrictions, social distancing restrictions, as well as the recommendations of the Centers for Disease Control and Prevention. In addition, the pandemic could potentially affect the EPA’s facility operations, availability of key staff and contractors, and its ability to use laboratories to analyze samples and receive results in a timely manner.

Papillion also handles legal matters involving industrial workplace accidents that have caused injury and death. Papillion believes that the EPA failure to  enforce environmental laws, in addition to the Occupational Safety and Health Administration (OSHA) not effectively protecting workers, could put workers and the general public at risk, especially in Louisiana. “Louisiana, of course, is an area with a tremendous number of petrochemical facilities and manufacturing facilities that deal with hazardous substances, and when the Environmental Protection Agency fails to fully enforce our environmental regulations, or leaves to the discretion of worksites to do this stuff on their own, I believe there’s a great potential for problems,” said Papillion.

Just this month, a thunder storm step off a power failure at the Chalmette Refinery in St. Bernard Parish which forced the company to flare off “excess gasses” that sent plumes of smoke and burnt odors throughout the New Orleans area. Plant officials said there were no injuries in the April 18 incident though the company did not specify what was burned. The parish president, Guy McInnis, told Nola.com there was a lightning strike at the plant he was able to see from his house, followed by an intense smell resembling paint thinner.

“There was a huge lighting strike and my assumption is that that is what caused a power failure,” said McInnis, who lives about a mile north of the plant. A week earlier, on April 10, an explosion and fire at the Valero refinery sent a worker to the hospital.

“A lot of people don’t understand that petrochemical facilities are very volatile,” said Papillion. “They are susceptible to power outages from bad weather. I’ve worked on a number of cases as a lawyer where people in petrochemical facilities have been burned because of explosions that happened as a result of some critical process being interrupted and volatile chemicals causing a reaction leading to workers suffering, and so when the federal agencies that are supposed to protect us, OSHA, to protect the safety of workers, the EPA to protect the safety of the community and indeed the planet, fail to do what their supposed to do, there’s a great risk of harm.”

While lawyers and the legal system in Louisiana are being strongly affected by the Coronavirus pandemic, they are doing whatever they can to get work done efficiently. “I’m grateful for the opportunity to work from home because a lot of members of the public, a lot of workers don’t have the ability to work from home, so I’ve been able to avoid exposure in ways some front line workers might not be able to avoid exposure,” said Papillion.

This piece was written for the class “Environmental Journalism” in Spring of 2020. This class is taught at Tulane University by Dr. Ned Randolph.