For four decades, I’ve covered the arts in New Orleans. Along the way, I’ve interviewed innumerable creative people, from poets to prima ballerinas, potters to breakdancers. And a common thread, I’ve found, is a curiosity and passion for exploration that transcends the workplace. Artists absorb things, and reflect on them, and then define the world in a way that is often thought-provoking and entertaining and, at its best, transformative.

Yet, most Americans don’t place artists in the same necessity category as nurses or teachers or geologists or lawyers or even garbage collectors. Our concrete, physical needs generally take precedence in our immediate world view, especially during a global pandemic. At home and socially, I am surrounded by lawyers and technology experts and bankers and accountants. They are wonderful people, but I don’t think many of them would forge ahead without a paycheck.

So it was with sadness that I read a recent NPR story that reported the results of a survey by Americans for the Arts of more than 10,000 artists and creative workers. It found that 95 percent of them have experienced income loss as a result of COVID-19. Two-thirds report that they are unemployed.

Anecdotally, I knew that. In New Orleans, where the creative community is economically challenged even in the best of times, I personally know writers and radio producers, gallery owners and photographers, chefs and actors and event designers who have all suffered severe financial setbacks.

And yet, they forge ahead. Without a paycheck. With mobile concerts, live-streamed stage performances, to-go dinners plated on Styrofoam no less carefully than fine china. Delivering small daily masterworks that can never be fully supported by take-out orders or virtual tip jars. 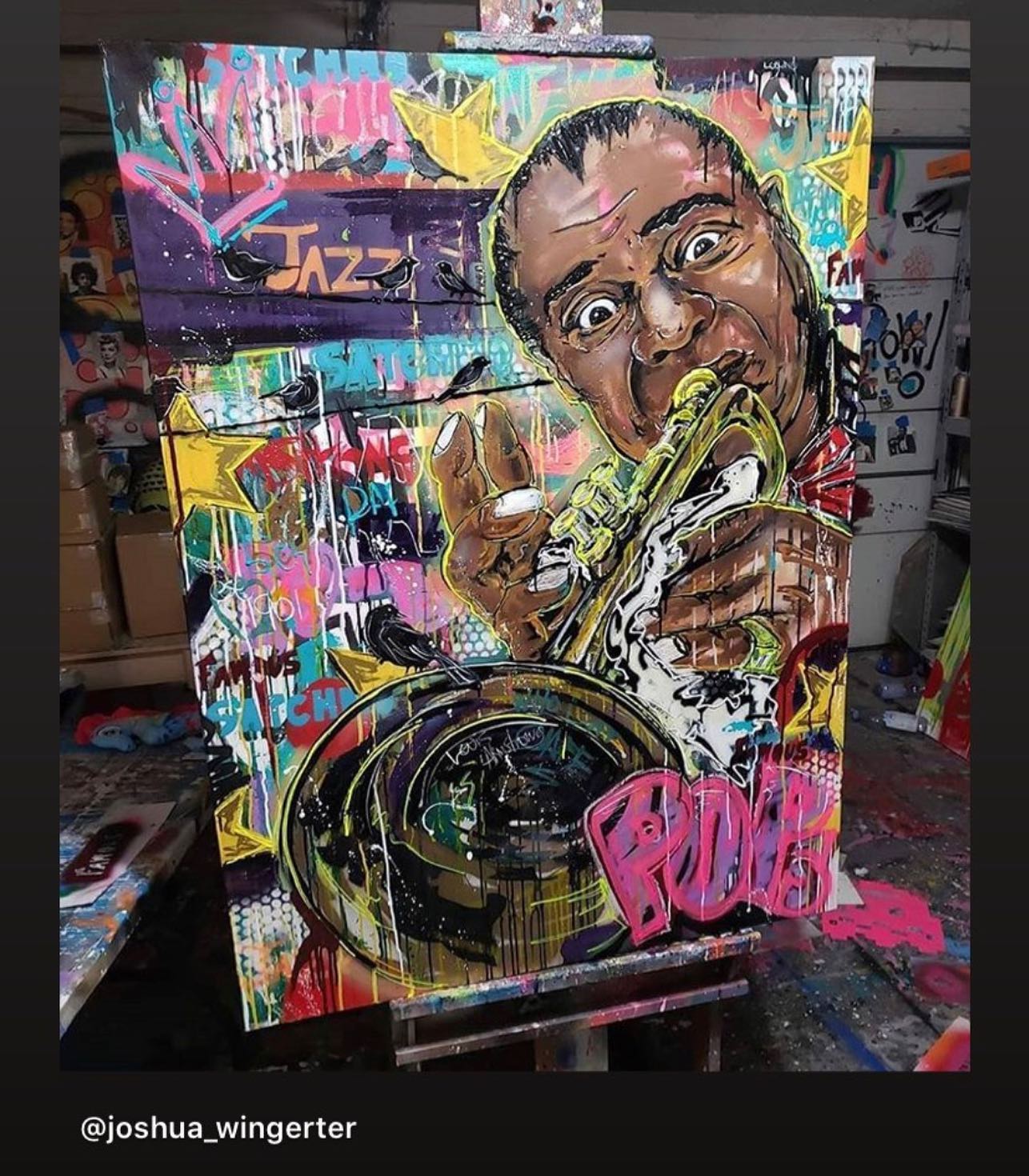 I wonder, in these days of quarantine, what happens to artists who must work in that sort of vacuum. When an actor delivers lines to the tiny eye of a computer camera, or a cellist plays into a smartphone. When audiences are not seen, or heard, but lie invisible and beyond touch out there somewhere in the virtual world. New Orleans is an up-close-and-personal kind of place, where the interaction between artist and audience is important, and appreciated.

I think that’s one reason that local artists have started taking their works into the streets. Literally. Artists are painting pop-up works on window shutters, and musicians playing songs from the seat of a pedicab. The front stoop, or its equivalent, has become our new auditorium, in an era when social distance and fewer numbers have to stand in for crowds. Trombone Shorty told CNN that all he wants to do is sit on the rooftop of his Uptown studio and play the trombone so everyone around can hear it.

I wonder too, in these days of quarantine, what it’s doing to us, that audience — now mostly relegated to the internet. To people who can only admire a painting on a small screen rather than a gallery wall or watch a comedian deliver his one-liners on YouTube rather than an intimate club stage.

A friend told me that the highlight of a trek into New Orleans last week, a brief break from self-distancing in another state, was a half-hour spent beneath Tim Laughlin’s French Quarter balcony, where he plays his clarinet at dusk every evening.

I get that. Because, no matter how much artists need us – to watch or read or admire or reflect — we need them more. A writer or sculptor, an actor or dancer, looks inward when he or she performs. On our side of the footlights, the benefit flows only in one direction.

Artists are our psychologists these days. They give us respite from the boredom and the pain. And that’s a dividend that deserves a paycheck. Don’t you think?

Artists are taking to the internet in unprecedented ways, whether it involves a plethora of hand-washing-song performances on YouTube or virtual fundraising concerts. Locally, virtual things are happening, too. Some examples:

In New Orleans, which is not a virtual kind of place, artists are also performing in more tangible ways, taking culture directly to the streets. Examples: