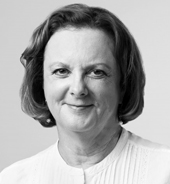 Among those at most risk of contracting the coronavirus are the elderly – anyone 60 or older. I’m 66.

We live in an era when 80 is the new 60, right? Older Americans are more active, more engaged, work longer, travel more. I took early retirement at 55 not so that I could do less, but more. I started a web publication, launched a new podcast, bought a new house, wandered the ruins at Angkor Wat. Sure, I have a little arthritis in my joints and that right hip is going, but … elderly?

My husband, Stewart, is 67 and still putting in long hours as an attorney. For the past couple of years, he’s gotten defensive when people inquire if he’s going to retire soon. “Why do they ask me that?” he’ll wonder indignantly. “White hair might be a clue,” I’ll respond.

Still, this is a guy who takes 30-mile bike rides on sunny Saturdays, who works out at the gym three times a week, one with a personal trainer. Stewart’s a guy who lives life at a lightning pace; he never slows down. A kind of geriatric ADHD.

And now we are not only being asked to slow down, way down, but do so in ways unique to our age group. Self-isolate, reduce human interaction, don’t shop, or shake hands or drop by to see the neighbor.

I regularly move in and out of the lives of my four grandchildren, aged 6 weeks to 5 years, all here in New Orleans. School pick-ups, doctors’ visits, weekend treks to the playground – I’m there. And I’m the fun grandmother – the one who makes faces at toddler Blake in the rearview mirror from the driver’s seat. Who holds 2-year-old Holden upside down while he screams with laughter. Who makes up outrageous imaginary scenarios with 5-year-old Penn: We’re on a pirate ship, we’re chasing aliens through the laundry room, we’re building a creepy haunted house with LEGOs. Since baby August arrived on Feb. 4, I’ve enjoyed near-daily cuddles and feedings.

And yet, when the virus started circulating, I felt the years. As did my children. Two weeks of isolation, we all agreed. No interaction with the grandkids, those adorable little germ carriers. Friends my age texted me the same: two-week grandchild separations mandatory. Which, for many of us, effectively means any immediate family.

So now Stewart and I are holed up together, trying to slow down a fast life. He still has only two speeds, stop and warp, so I wouldn’t call our self-imposed isolation passive. It’s all I can do to strong-arm him into skipping that quick trip out for ice or milk, simply to cure his boredom. And sitting still is not a phrase in his personal lexicon.

We’re both working from home, and trying to fill the days with meaningful stuff. Good conversation, thoughtful writing, legal arguments framed and edited. But what’s making us feel old is … the quiet.

My daughters and sons-in-law are juggling work and small kids in a whole new way. Conference calls undertaken with a boisterous wrestling session raging in the background. Memos written while trying to oversee a pre-schooler’s remote math lesson. It requires multitasking in uncharted new territory.

And, normally, I’d be right there, helping round up the kids, toasting waffles, dropping off Mojo’s café au laits. Being part of those small but meaningful daily interactions that make up the human connection. (Paradoxically, what is driving me crazy right now – the solitude – is probably something my thirtysomething kids would remortgage their homes for.)

We Baby Boomers have run the world for decades now. We are take-charge types, alpha citizens. Do many of us really feel old?

Not a chance. But you might ask me in a month or two or three how I’m dealing with being, well, elderly.