Pandemic playlist: Top 10 things to listen to in a Pandemic 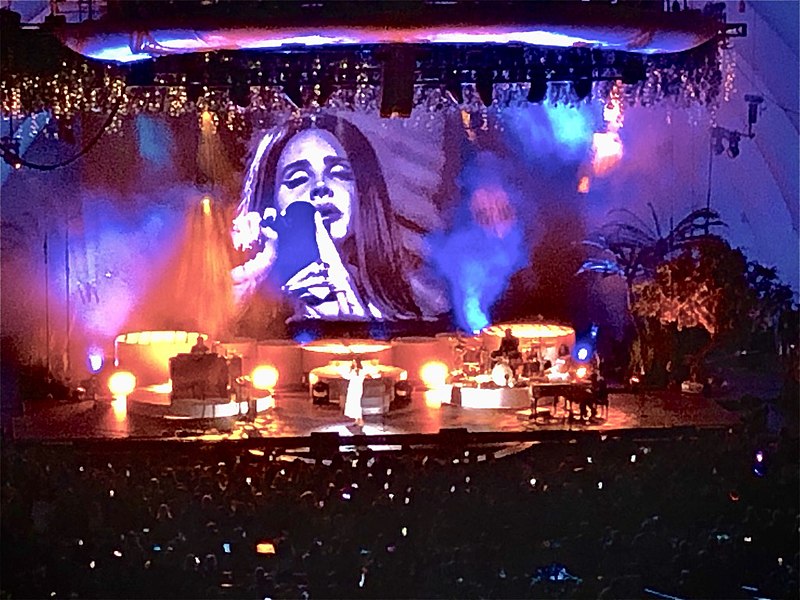 When you need to roll down the car windows and turn up the music, we suggest Lana Del Rey. (Photo: Wiki Commons)

Listen to this album if you are seeking something comforting and introspective. This latest release from Lana Del Rey was produced by pop aficionado Jack Antonoff, so you can expect many piano ballads and dazzling melodies making it her most refined and sophisticated work yet. Lyrically, the album balances levity with the profound — on the opening line of the first track, Lana coos, “Godamn man child, you f***ed me so good that I almost said ‘I love you’.” It is an album that provokes deep thought yet doesn’t take itself too seriously. Play it in the background while completing a puzzle, or blast it on an evening drive for some much needed fresh air.

Feeling restless? Have a silent disco dance party in your living room! The first song you should blast is the newest hit from The Weeknd, “Blinding Lights.” The song has an unmistakable 80’s vibe, with bright synth-sounds that chime in your ears. His voice is entrancing enough to compel you into fervorous movement. If this song piques your interest, give the rest of The Weeknd’s new album After Hours a listen. You can spend the rest of your quarantine time pondering which of the songs are written about his supermodel girlfriend, Bella Hadid.

This is the podcast for the lovers of all things pop culture. The three hosts, Ira Madison III, Louis Virtel, and Aida Osman all have careers in the entertainment industry, which allows them to offer exclusive and informative insight. Once a week they gather to discuss current events, and conduct guest interviews with comedians, actors, journalists, and more. The title of the podcast refers to their closing segment in which they throw shade at whatever celebrity or social media trend is bothering them that week. New episodes will still be released every Wednesday throughout the pandemic.

Looking to conquer that at-home workout? Dua Lipa follows The Weeknd’s lead with “Physical”, another 80s romp. There is even an obvious Olivia Newton-John reference in the chorus.  The song builds throughout the verses bursting into a fast-paced chorus, perfect for a warm-up and high intensity workout. Keep yourself healthy and stimulated during this slothful time; so make a workout playlist that motivates you to push. Follow Dua Lipa’s lead and “Let’s get physical.” 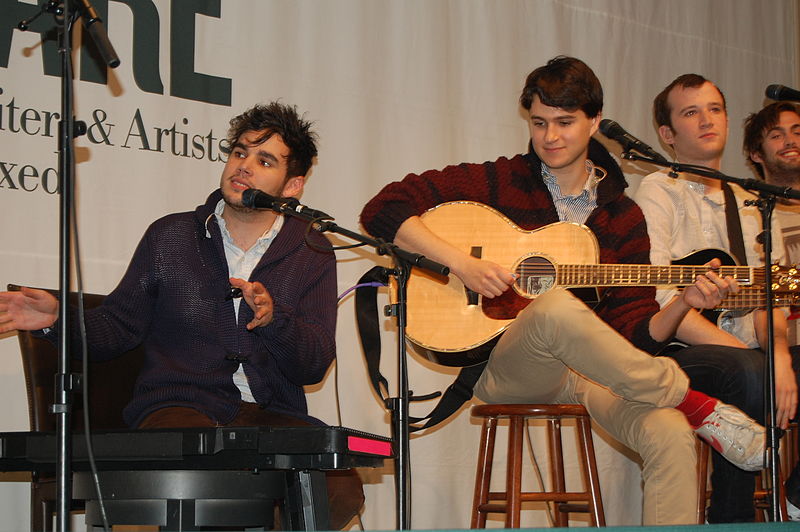 Time to get up-close and emotional with Vampire Weekend. (Photo: Wiki Commons)

5. Father of the Bride– Vampire Weekend

Listening to this album is like feeling the warmth of the shining sun on your skin, which makes it the recommended album for those whose life is lacking some Vitamin D right now. Father of the Bride, released in 2019, was the indie rock band’s first album in six years. It is infused with folk and funk influences, which gives it a free and uplifting vibe. Some standout tracks include “Hold You Now (Ft. Danielle Haim),” “Big Blue,” and “Flower Moon (ft. Steve Lacy).” This is the first Vampire Weekend album to feature vocal collaborations that emphasize its themes of togetherness and spring-time rebirth. Listen while busying yourself with some spring cleaning; it will energize you just by the warmth it emits.

6. “What a Wonderful World”- Louis Armstrong

It can be hard to be optimistic these days, but listening to our New Orleans native Louis Armstrong singing about the wonders of nature should put a smile on anyone’s face. The lyrics paint a harmonious picture of earth that captures our humble gaze. His deep voice is both comforting and wise, like he knows we are going to be okay. We can’t go to the French Quarter to hear the jazz and blues bands play, so this song is for those who want to bring the jazzy tunes of our city into their own rooms.

Transport yourself back to a simpler time, before you knew a worldwide pandemic would threaten your school, job, and family. The early 2000’s was a renaissance for R&B in mainstream music. And nobody did it better than Brandy, Mariah Carey, Toni Braxton, and Destiny’s Child. The smooth harmonies of DC’s “Emotion” will help you ease your mind with happier memories. The slow yet soulful sound of Toni Braxton’s “Un-Break My Heart” somehow manages to heal your heart. Listening through their discographies as you unwind in the evenings is officially considered a form of self-care.

The French singer Héloïse Letissier released this EP a few weeks ago under her stage name, Christine and the Queens. The EP’s title, which translates to “The New Life,” is a breakup album that I would classify as “despair pop.” It has all the same production and vocal stylings of a pop album except slower and with somber existential themes. This new life that Christine refers to is a life without their significant other, learning to be independent. However, we could apply this same theme to the current turmoil we all are facing were we have to learn how to be more self-sufficient and to function without relying so much on the outside world. It is a period of physical, and at times emotional, isolation. This relatable body of work will help us all cope with change.

“This is for everybody/ Babe you gotta take care of your body,” Grande sings in the chorus. “Get Well Soon” is a song in which Ariana serenades us like we are her close friends in need of a loving reminder to prioritize our own well beings. The simple piano track puts Grande’s soft voice lilting words of encouragement to the forefront. It is an important reminder to take care of your mental and physical health during the chaos. It is a reminder that friends and family are only a call or FaceTime away if you need someone to check in with. She croons, “Where are you? Are you home? Call me right on the phone. I’ll be there”, a FaceTime with your boo. There are still ways we can take care of each other without being physically present.

10. Abbey Road – The Beatles
Abbey Road is, in my opinion, one of the greatest, most cohesive albums of all time. My dad is a big fan of The Beatles; he played the album in the car a lot. Listening to “Golden Slumbers” on the morning drive to school is one of my fondest memories. Each song on this album flows beautifully into the next, requiring a full beginning-to-end-listen. No skips.  And don’t forget to take a second and smile when “Here Comes the Sun” comes on. It’s eternal optimism serves as a reminder that the metaphorical sun will shine again someday.

Do we still need the Grammys?
Music
We use cookies to ensure that we give you the best experience on our website. If you continue to use this site we will assume that you are happy with it.Ok