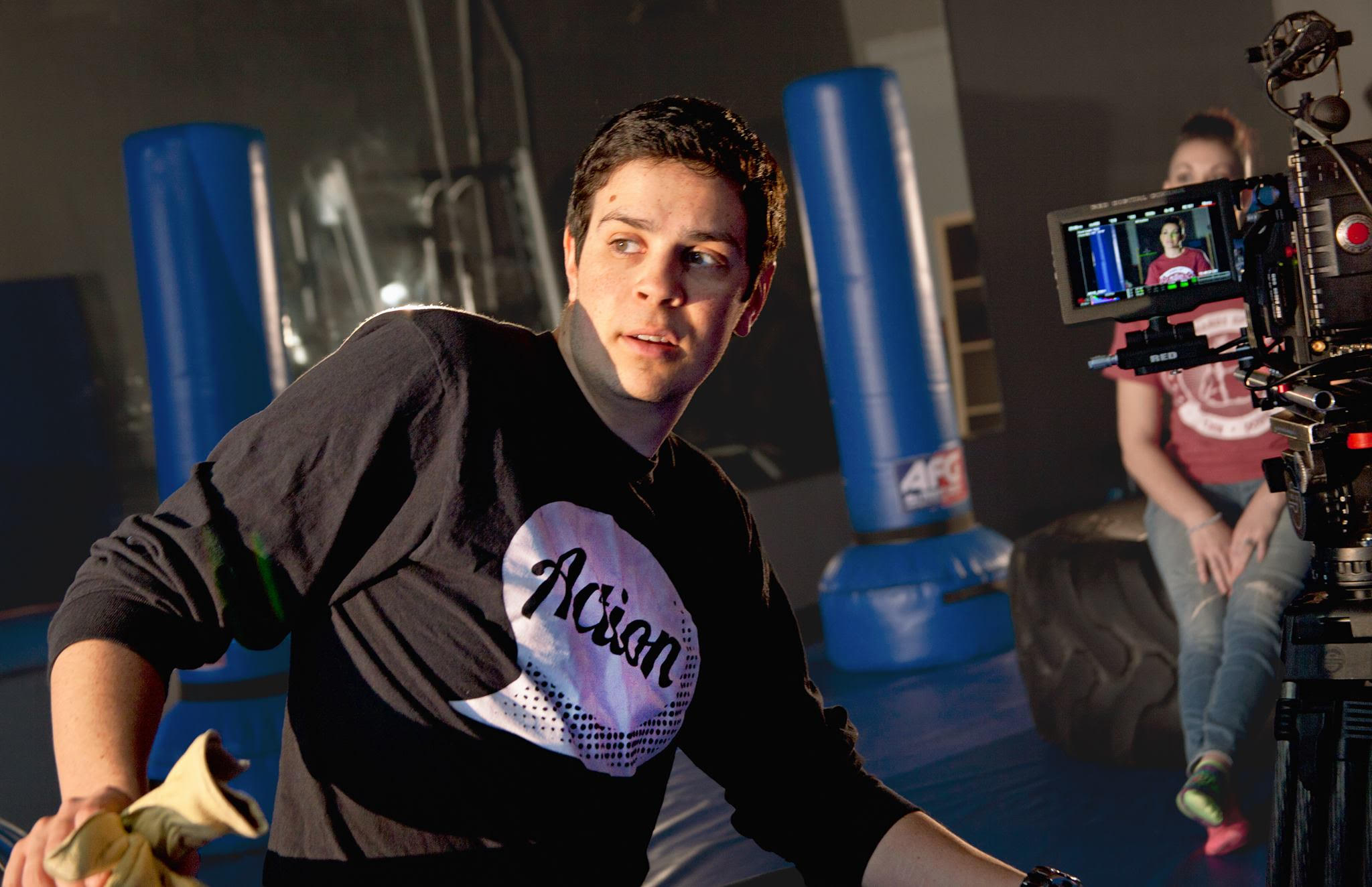 There are nary two things that go together as harmoniously as popcorn and movies. October happens to be National Popcorn Poppin’ month as well as the time of year when New Orleans theaters open their doors for the Annual New Orleans Film Festival. Therefore, it seems an apt time to appreciate New Orleans for the film mecca it has come to be. This grouping of articles explores and appreciates New Orleans’ culture as it relates to film in the past, present, and future. The following interview took place between filmmaker and reporter Brian Friedman and Kirby Voss, Executive Director of the Cool Cooperative (a program that teaches young kids about filming and the film world). This piece was originally published on ViaNolaVie on September 5, 2018.

With film and television production in New Orleans on an upswing once again, there’s a local organization that’s making sure there’s a pipeline of young, potentially overlooked talent ready to step into any of the needed roles.

“We realized that there are a number of young people in this city who have incredible amounts of talent and not as many opportunities as perhaps upper income students would,” says Kirby Voss, Executive Director of the Cool Cooperative. “So we wanted to create a program that taught them not only to be free thinkers and to be creative, but also how movies are actually made, from the gaffers and the grips to the boom operator, giving our students a chance at meaningful, well-paid employment.”

Cool Cooperative students write, direct, shoot, produce, and edit their own projects. “It’s important to us that we give them their own voice, and they never cease to surprise us,” says Voss.  “If I see a student who I think really has a drama inside of him, he shows up with a script one day that’s completely a comedy, [while] it’s the quiet students who show up with musicals, so we try to give our students the opportunity to express who they are without any sort of limits that we impose, and we just give them the opportunities to tell their stories.”

While the focus is mostly on short films and music videos, “we do a lot of interviews,” Voss says.  “We’ve had interviews with Oscar-winning producers and actors, and we also go to the movies fairly frequently and do movie reviews of the movies that they see.”

The program runs four days a week during the school year, with a couple weeks of summer camp as well. “We have two instructors and maybe fifteen [to] twenty kids a grade,” says Voss, “so by being able to give these students a one-on-one personal connection, we’ve really seen a massive difference in how they view themselves.”

The curriculum for the younger students is mainly focused on socialization and the basics of story. “For 7th and 8th grade, it’s just a matter of working with these students to make them feel like part of something larger,” Voss says, “and then as they get into high school, we focus more on the workforce development. So by the time they graduate high school, our students are very ready to either enter college or to enter into the film industry in a professional, well-paid position.”

Volunteers from the film industry come in to offer their expertise. “We bring in everybody – writers and directors to grips to makeup artists to costumers to editors and sound designers, and the goal is to expose our students to as many different opportunities that film offers as possible. 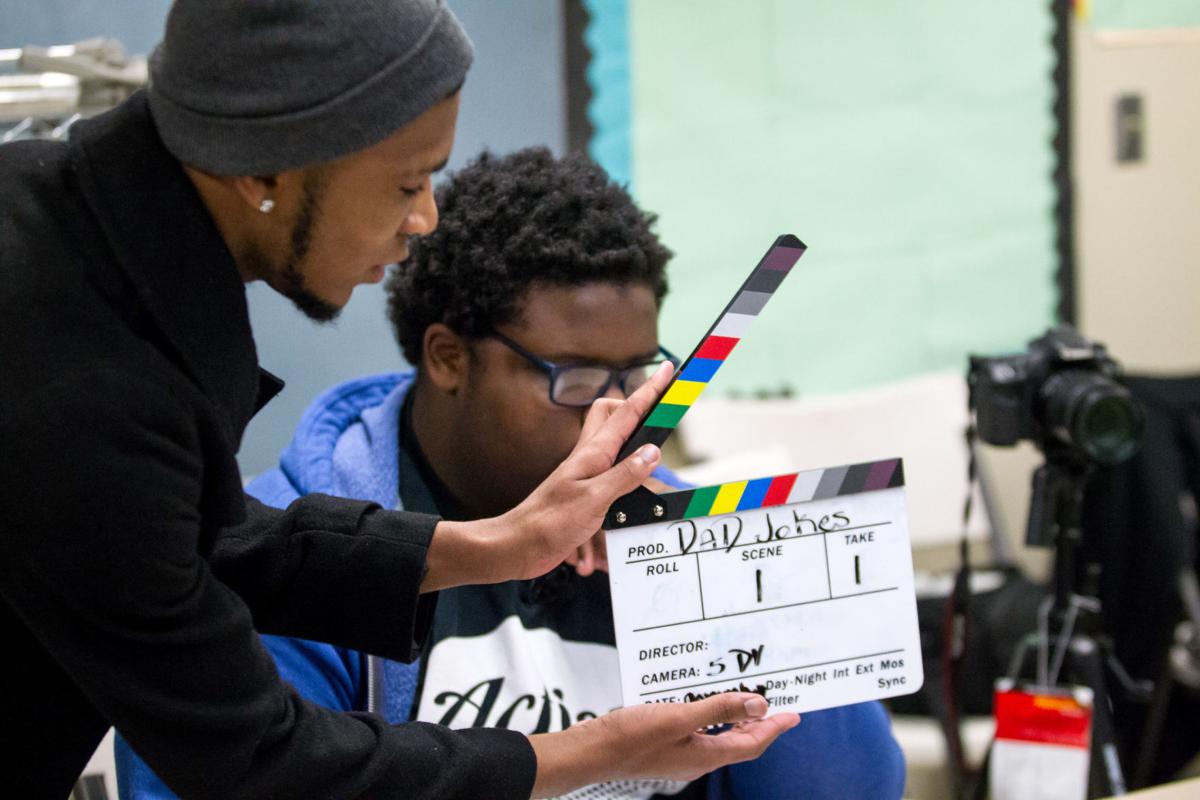 COOL kids getting in on the “action.” (Photo by: Cool Creators)

“The other key there is that it’s great for networking for our students,” he adds.  “Our students are able to meet the people who hopefully one day will employ them. The thing about the film industry that’s both a blessing and a curse is that it’s so reliant on connections, and what we have that is just an invaluable resource is the city of New Orleans, because people here are so friendly and so willing to lend a hand to give opportunities to others.”

But while knowing someone the right people can help getting one’s first job in the film industry, “it won’t get your second, third, fourth, fifth job,” Voss says.  “That’s a matter of talent, so we at the Cool Cooperative try our best to give our students the opportunities to prove that they know what they’re doing.”

To learn more, visit www.thecoolcooperative.org or find them on all the major social media platforms.