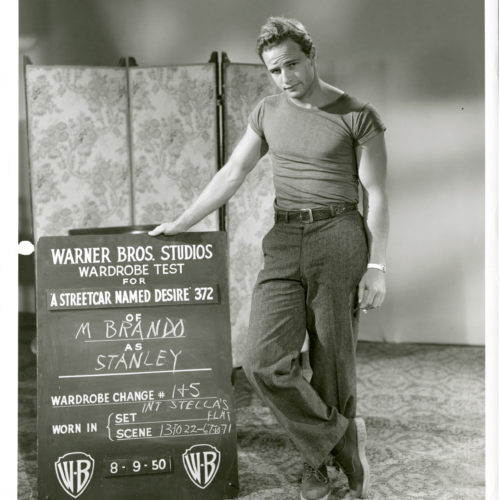 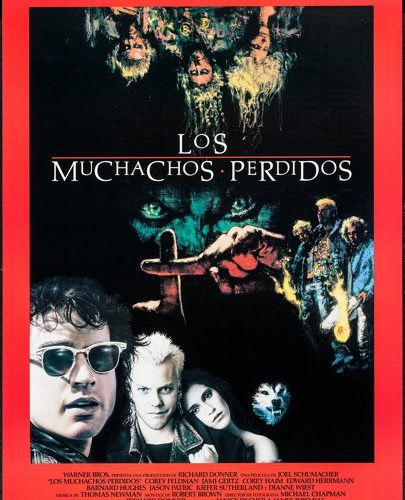 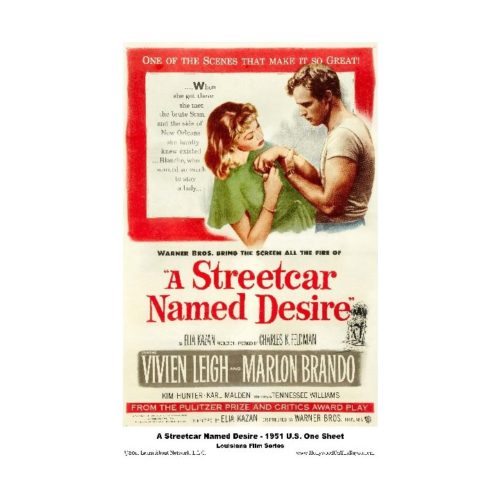 In a world where people are quick to digitize everything, there are many who don’t want to forget about the creative endeavors and expression of those who came before binary codes. One of those groups is Movie Poster Archives, and Kelley Crawford sat down with MPA Executive Director and author of Hollywood South: Glamour, Gumbo, and Greed, Linda Thurman to talk about the MPA’s quickly growing collection.

KC: MPA, Movie Poster Archives, has over 30,000 posters prints or movie papers in its permanent collection, as of 2019. And all of these documents are listed in an archive, so tell us about this process. How does a movie poster go from being out in the world to finding itself in MPs archive.

LT: It gets donated to us, first of all, and it comes from all kinds of sources. It may be from an estate; it may be from a dealer or a collector; and sometimes they just appear. We’ll get a notice that three or maybe 30 cartons arrived from South America, and we need to pick them up at the airport. It’s hysterical how they come in.

KC: Wow, now I have to ask about the oddest or most exciting call you’ve ever gotten about a collection or shipment.

LT: We got an announcement that one of the South American shipments had come in, and it was a big one. This was right around Christmas time, so the donor was trying to get in before the end of the year, but it really caused a real crevasse in some family plans. And we never know how they’ll come in — sme come by ship and some come by plane. A lot of the times they come by plane. 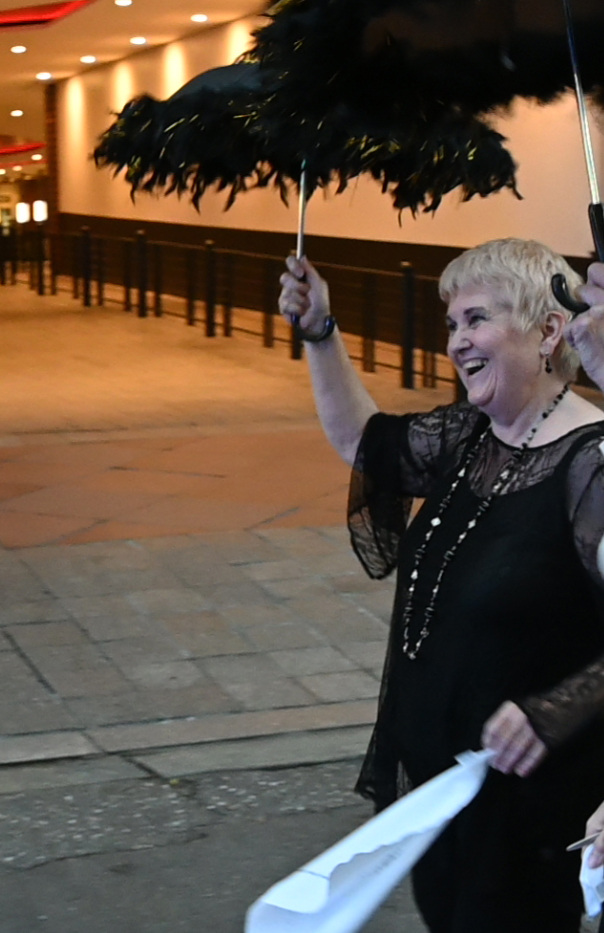 KC: You are a Hollywood veteran, an author, and you’re the co-founder and former owner of Emerald Bayou Studios in Louisiana, and you’ve added executive director to the MPA to the list of talents. What brought you to the organization, and how did the MPA actually unfold?

LT: When I retired I wrote the book Hollywood South: Glamour, Gumbo, and Greed. And while I was writing it, I was researching and looking at the history of film in New Orleans and at all these illustrations. I wanted some really cool posters in the book and discovered The History of Louisiana Film written by Ed and Susan Poole. They were in Louisiana, so I gave them a call. I asked them if I could use some posters in the book, and they not only said yes, but they invited me down for a visit.

Suddenly, I was immersed in the world of movie posters and stories about movies.

And one of the stories was about how one of the first movie theaters in America was on Canal Street. The theater was opened in 1896. It was at 623 Canal Street, and even though the building is gone, I was able to help Ed and Susan Poole get that historic marker. The marker is out on the street in front of the building on the sidewalk, and we want everyone to take pictures in front of it and post to social media.

That movie theater showed very short films. The longest [film] might have been a minute. Most of them were 10 seconds to 30 seconds, like Niagara Falls. There was one called The Kiss that caused quite a sensation; it even had Uptown ladies protesting.

Anyway, through Ed and Susan Poole, I started learning about movie posters. I though they were so cool, and the idea of starting a non-profit came to be because  the posters need to be preserved. About two weeks later, I started a nonprofit. We got our approval very quickly, we started accepting donations, and the first year — which is about three years ago —  we received around 180,000 pieces of paper.

And now we’re up to around 400,000, and I think we just got another shipment. It just keeps growing and growing faster. 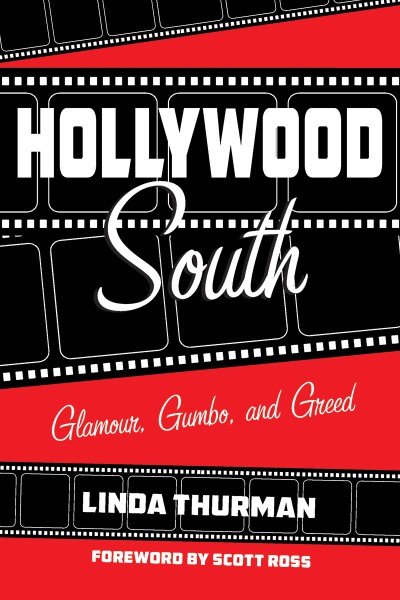 KC: Is there a movie poster out there that you’ve always wanted in your archive that you have not been able to track down yet?

LT: There is a U.S. version of Metropolis that was made in Germany, and we know the few German [posters] that exist. There is evidence in a press kit that the U.S. version does exist, but no one has ever found it.  We would love to find that. A few years ago someone offered a million dollar bounty for that poster. So if anyone has it in a basement, we can give you a tax deductible receipt [laughing].

KC: Tell us about the different skills that go into preserving these posters.

LT: That’s where I really depend on the archivist. From what I have learned, the papers vary. They vary from country to country from era to era from printer to printer and from studio. There are all kinds of technical things to know about the paper; for instance, there was someone who wasn’t familiar with the preservation of movie posters, so they put it in the solution, and it dissolved the poster. And I think it was a very valuable poster.

So preservation is critical.

We are planning, and I’m not sure when this is going to go public, but we are planning an education course where people can be certified as preservationist. We’ll start out with the very basics of recognizing the different types of paper. And as we get more involved, there will be probably three levels of training to be able to recognize the paper and know how to handle it.

We’ve been told by some of the premier auction houses and collections that if we can train people, they will hire them. I’d love to find an education partner that would work with us on that.

KC: Tell us about the Rampart Nola space.

And our collection is just beginning, so we’ll be adding more and more as we go. I think we have maybe 3,000 pieces in Rampart Nola right now, most of which are 8X10 still sets from TV,  film, celebrity photographs, and that kind of thing. A few posters, like an original Bob Mackie drawing of a Lucille Ball’s costume for TV. That doesn’t fit in our archives, but it’s a Bob Mackie, and it is gorgeous. And the proceeds go to support the MPA’s activities, so the sharing is full circle.

LT: Here’s the thing for me. Aside from the sheer artistic value — and some of them are phenomenal as art, especially the ones that were created by famous artists like Norman Rockwell, who did a lot of movie posters —  there’s also the social value. You can see the progression of race relations, of women, of fashion, of almost any topic. We’ve got movie posters that show what was going on in different areas. And remember, posters started coming out in the 1890s.

I find it so humbling.

KC: What is one of your favorite stories surrounding one of these movies posters or print or paper.

LT: I’ll tell you one that touched me, and I’ll probably tear up at this one. One of my favorite movies that I worked on in Hollywood was Fried Green Tomatoes. I love that movie, and I loved working on it. There are so many stories from working on that film, and the U.S. poster was really lovely. But the European poster is gorgeous. And I had one, but I lost it in a flood — not Katrina, a different flood.

And then, I got to see it again through MPA. I was just so happy to see that poster. It felt so good, like seeing an old friend.

To learn more about the Movie Poster Archive, you can check out their website at movieposterarchive.org.

This interview has be edited for clarity.

Cookout and Ride for Prison Justice: A conversation with Sarah Hollows
Audio and Podcasts