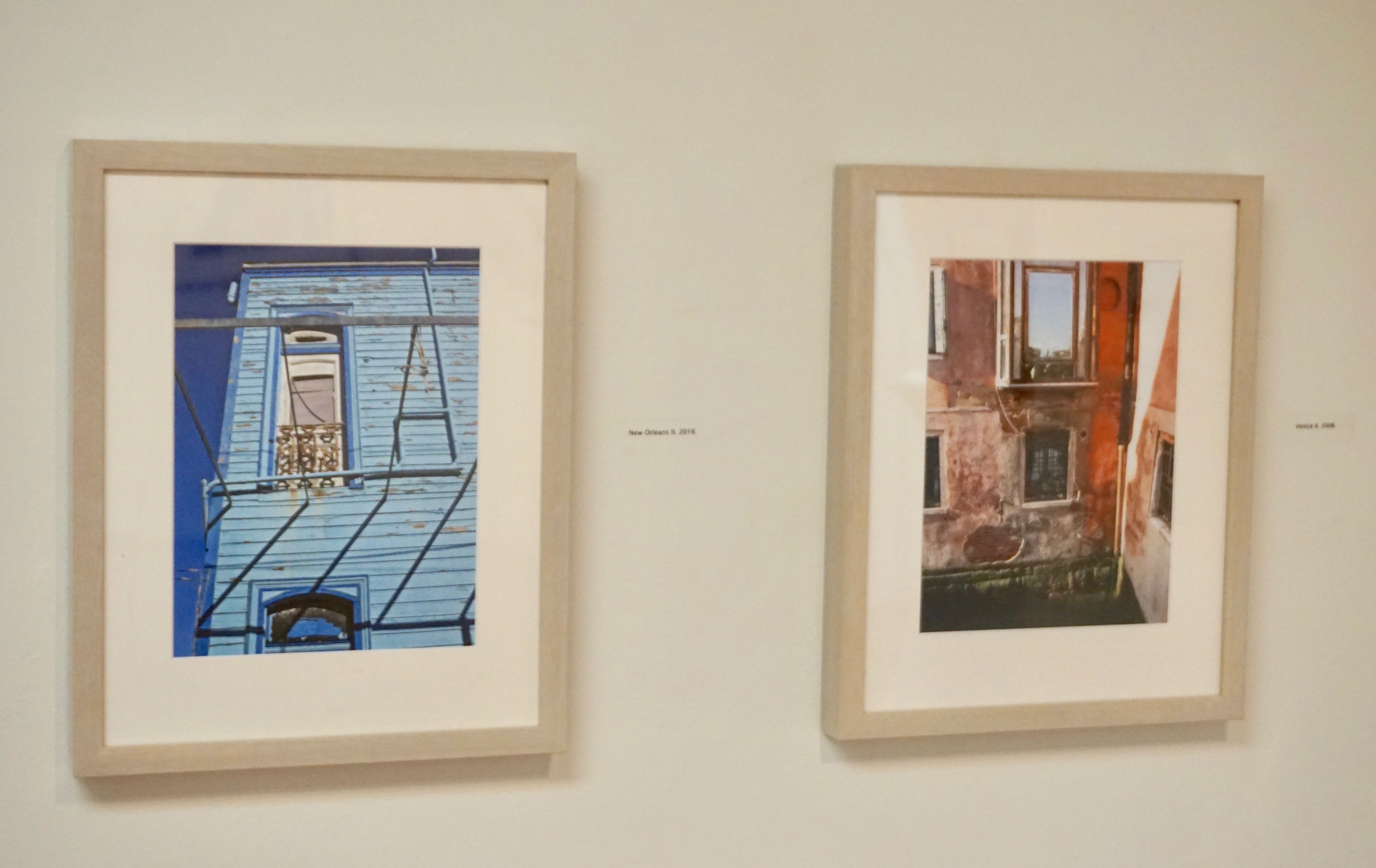 Prints from Charles Lovell’s exhibition in 2017 called “Off the Street: Venice and New Orleans” curated by Anna Mecugni. (Photo provided by: Charles Lovell)

After arriving in Venice in late 2006 as an artist-in-residence at the Emily Harvey Foundation, photographer Charles Lovell wandered the city’s seven distinct neighborhoods, or ‘sestieri’, taking thousands of photographs with his wife’s digital camera.

“I had my normal, still cameras with me, and I’d never used a digital camera before,” says Lovell. “I ended up…photographing things from architecture to graffiti to street art to just the things that you see in the backstreets of the city.”

Lovell didn’t know it at the time, but these photos would become the seeds for an entire series focusing on Venice street scenes, twenty-one of which are now available for viewing at the Second Story Gallery at the New Orleans Healing Center, part of the exhibit Venice: Two Perspectives: Lovell and Skuber. (Skuber is Italian artist Berty Skuber, who has six large photomurals on canvas on display at the exhibit.)

The Venice photos were an important step in Lovell’s evolution into a chronicler of street life, or “The Language of the Streets,” as he titled subsequent series he’s done in places like Paris, New York, Mexico City, the Amalfi Coast of Italy, and in his new home city of New Orleans. 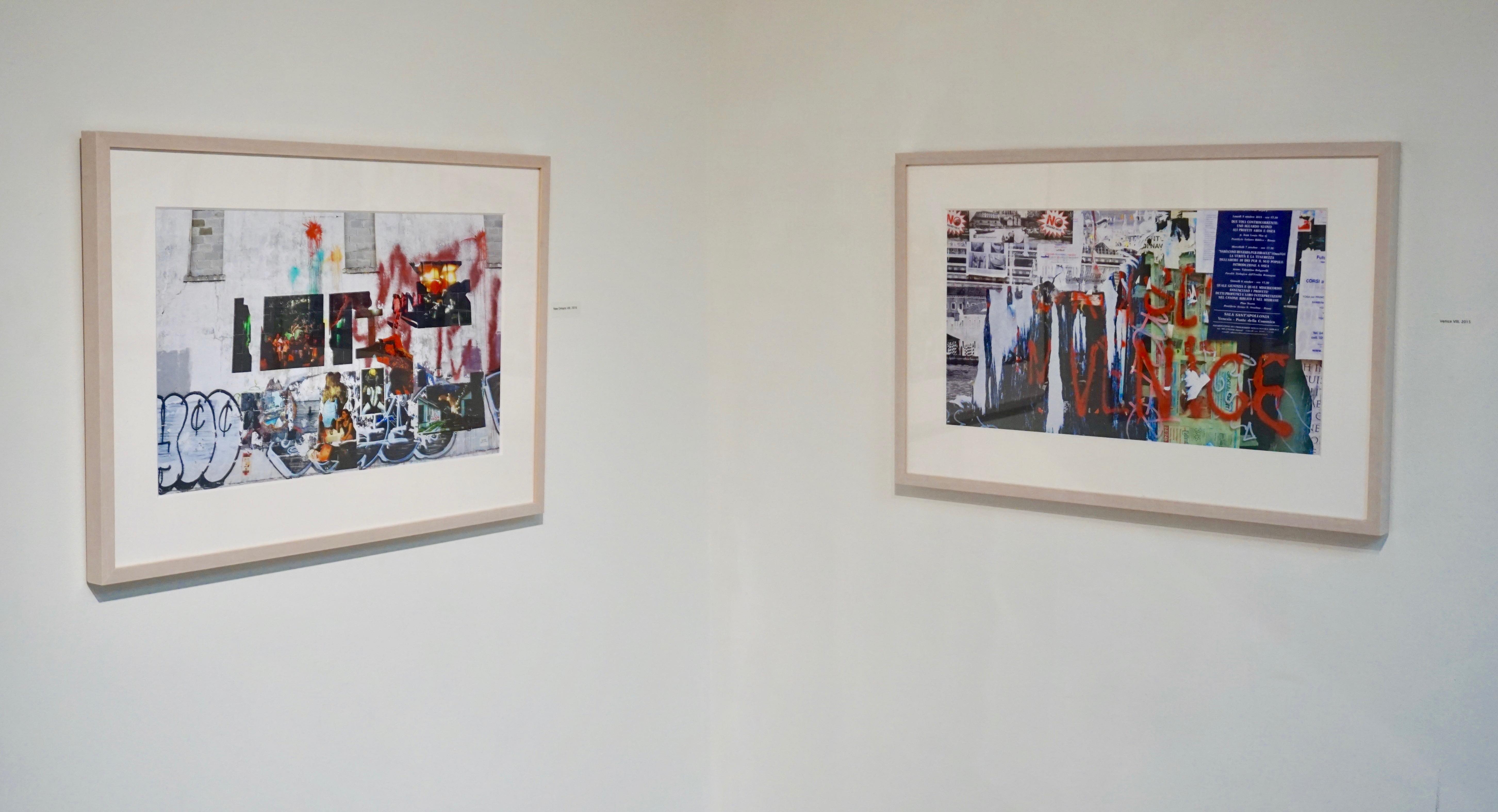 Prints from Charles Lovell’s exhibition in 2017 called “Off the Street: Venice and New Orleans” curated by Anna Mecugni (Photo provided by: Charles Lovell)

It was also the start of a transition for Lovell. “All the work that I do now is digital photography,” he says.  “Four or five years ago, I sold off my dark room and all of my cameras – now I’m totally digital.”

Lovell has called New Orleans home since 2008, and he finds his adopted city to be a lot like Venice.  Both cities have beautiful architecture, and both are very art-centric. They’re both tourist-oriented cities, and “they’re both plagued by water. Recently in Venice they had a fifty-year flood where 85 percent of the city flooded. They call it the ‘acqua alta,’ or high water.” 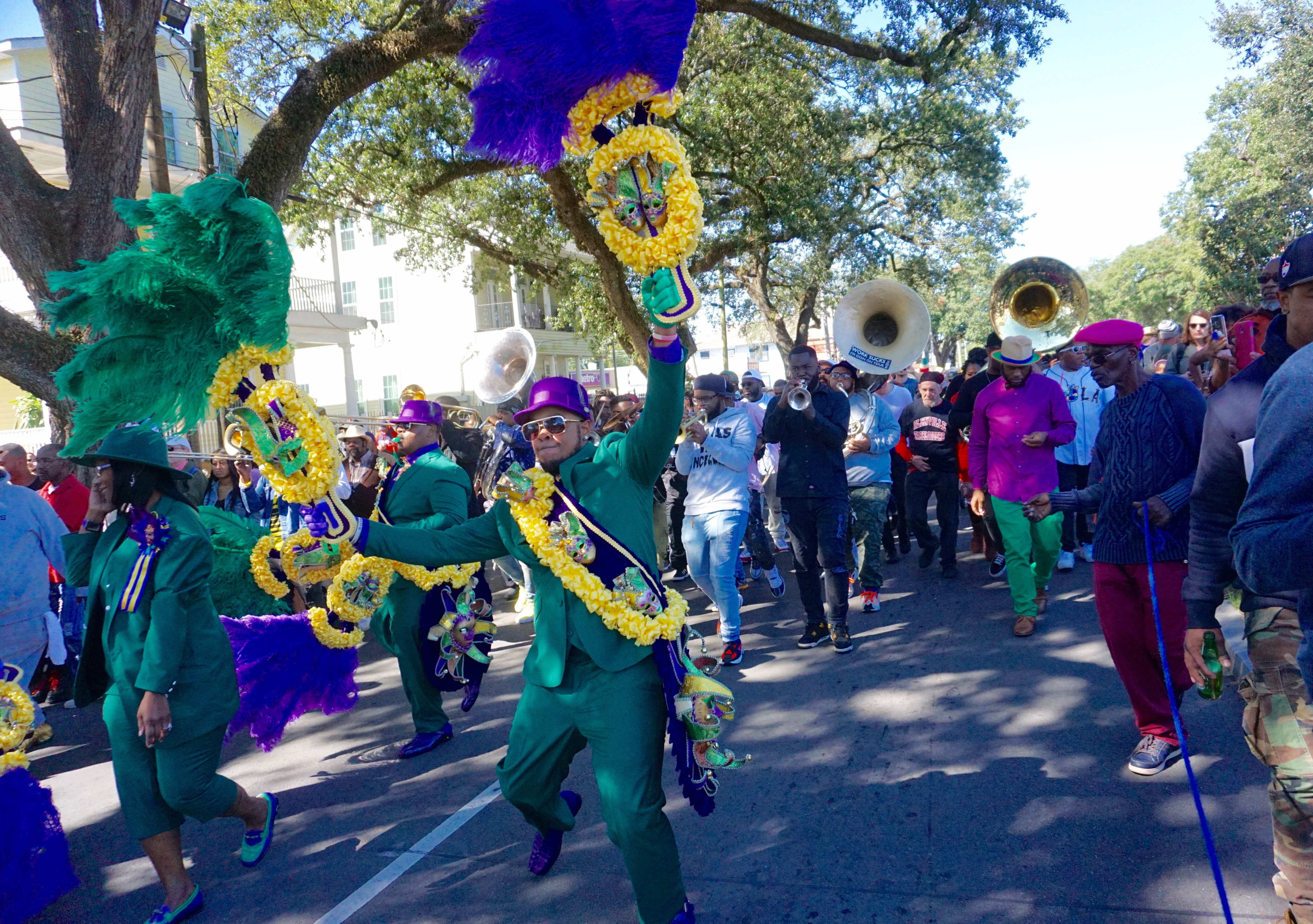 Fhotograph from the “We Are One Second Line” on St. Charles Ave in New Orleans near the new Tourism Center in the Garden District from 2019 with Venetian Glass masks. (Photo provided by: Charles Lovell)

Through his work here in New Orleans, which focuses heavily on our Second Line culture, he’s noticed some cultural crossover between the cities. While photographing the Second Line crew ‘The Chosen Few’, Lovell spotted some Venetian Murano glass stitched onto their costumes. “I’ve seen it since then, once this last year,” adding, “I have photographs.”

Venice: Two Perspectives: Lovell and Skuber is at the Second Story Gallery, New Orleans Healing Center, and runs through January 4th as part of PhotoNOLA, the city’s annual photography exhibition.