We’ve got your weekend: You can scream and do yoga with cats 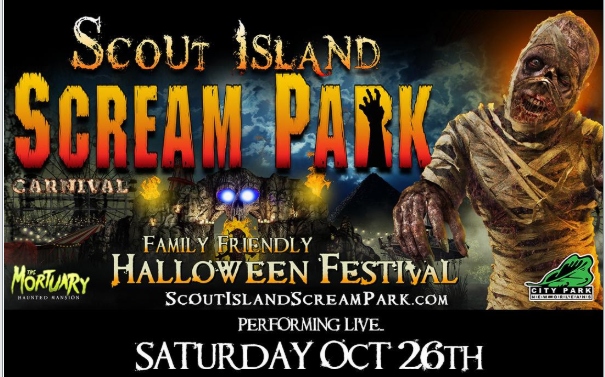 What: Music plus Halloween plus this really cool mummy that’s on the poster (okay, maybe not the mummy, but we definitely know there will be spooky Halloween frights and music that will warm even the deadest of souls)

So what is this Scout Island Scream Park? It’s a full day of family fun that let’s you indulge in the spooky Halloween season with witches, ghosts, and ghouls that will be around City Park and it is also a carnival with stages of music. The Imagination Movers and Secret Agent 23 Skidoo will both be performing for the family’s delight, and when you’ve had your fill of music, you can hit the rides that will be set up in the theme park, or you can hit the open bar, which might be a ride in itself. Costumes are, of course, welcome, and you can find out a full list of events as well as tickets (between $20-$79) here. 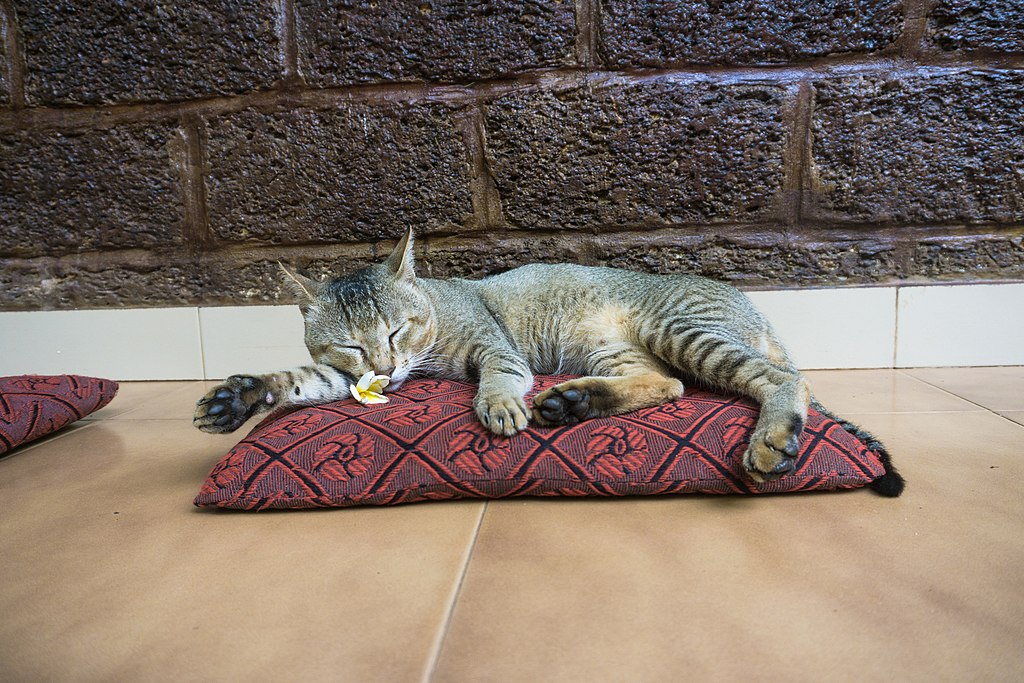 Wednesday, October 23/The Cove at UNO (Founders Road, 2000 Lakeshore Drive): Jazz at the Sandbar is in full speed, and they are continuing their UNO series with guitarist Dave Stryker on Wednesday. Jazz at the Sandbar, held at UNO’s the Cove, is designed to provide UNO Jazz Studies students an opportunity to get real life experience performing with respected professional musicians in front of a live audience. The series is presented on Wednesday nights during the fall and spring semesters and features a different respected jazz artist each week. The concert is free for the UNO community, and there is a suggested donation of $10 to the general public. The concert begins at 7:00 PM.

Wednesday October 23/NOMA’s Besthoff Sculpture Garden (City Park): A headless horseman, a scary tale, and an immersive experience that takes the audience and actors among and through the statues in the sculpture garden? Seriously, where else do you get to do things like this? The NOLA Project has an all-new adaptation of The Legend of Sleepy Hollow by multiple Big Easy Award-winner Pete McElligott. The Legend of Sleepy Hollow marks The NOLA Project’s seventh-straight world premiere in the Besthoff Sculpture Garden and 10th outdoor production in the space overall. Mind you, we don’t know exactly what you should expect. In 2011, there was a production of a Midsummer’s Night Dream that included some crawling, some running, and some tree climbing (by the actors, not the patrons), so who knows what will happen with this torrid tale. But, it’ll be fun and spooky, and you can find out more details about the production and purchase tickets here.

Friday, October 25/Mahalia Jackson Theater (1419 Basin Street): The Color Purple will be hitting the stage for one weekend only, starting on Friday and running until Sunday, October 27, at the Mahalia Jackson Theater. This musical is adapted from Alice Walker’s novel was published in 1982, and it won a Pulitzer Prize in 1983. It’s a feminist work that documents the difficulties and triumphs of Celie, an African American teenager raised in rural isolation in Georgia, as she comes to resist the paralyzing self-concept forced on her by others. Friday night’s show begins at 7:30, and Saturday and Sunday will have double performances (2:00 and 7:30 PM). For tickets and a full schedule, check out their website here.

Friday, October 25/Audubon Tea Room (6500 Magazine): You are invited to the most extravagant and elaborate Masquerade the likes of which have never been seen.  For one night only, you can join the Audubon Tea Room in New in celebrating the Court of the Dark Fae. This “New Orleans Vampiric MasqueradeCourt of the Dark Fae” requires fantasy attire: long gowns, ball gowns, masks, tuxedos, tailcoats, ascot ties, jabots, fairies, fae, dark, vampiric, satyrs, mermaids, elegant dresses, horns, fairy wings etc. You know, the usual. This is a more fantasy formal event, so casual attire is not allowed. You need to dress to impress to enjoy the immersive event, which starts at 9:00 PM. Tickets are going fast, and you can find out more information and get tickets on their event page.

Sunday, October 27/The Columns (3811 St Charles Avenue): Sometimes you just need a little melancholy in your life, or maybe you don’t. Luckily, there’s a production for both sides of that emotional coin, and that’s the production of Cabaret that will be taking place at The Columns on Sunday. Whether you want to dip into the dreary unfulfilled hopes of the characters Sally Bowles and Brian Roberts (not to mention the constant low-down drug out tragedies of WWII that just wouldn’t stop) or tap your feet along to the sultry tunes that can transport you to another place (Paris, we suggest) or time (eh, we’d suggest not going back to WWII times), it’s all there for you with this performance of Cabaret. The show begins at 7:00 PM.

Sunday, October 27/Crescent City Cat Club (1021 Marigny Street): Do you feel like you need to get in touch with your inner cat? Or would you like an “outer” cat around while you get in touch with your inner breath? Here’s what we’re saying: There will be a gentle yoga class aimed at awakening your inner feline on Sunday. You will practice yoga surrounded by furry feline friends, and then play and interact with them after class.  The class starts at 11:00 AM, there’s a $10 donation suggested for the cats of the club, and the class runs about 40 minutes. Make sure to bring your own mat and water, and for full details, you can check out their event page here.

We’ve got your weekend: All kinds of holiday play
Events