Your questions about coastal erosion: Voices from The Listening Post

Each week on their WWNO radio segment, TLP explores issues ranging from healthcare and WhoDat, to tattoos and transportation. Listeners are able to contribute via TLP recording devices at local libraries or via a text messaging service, which then became source material for these programs. This piece aired on April 24, 2014. 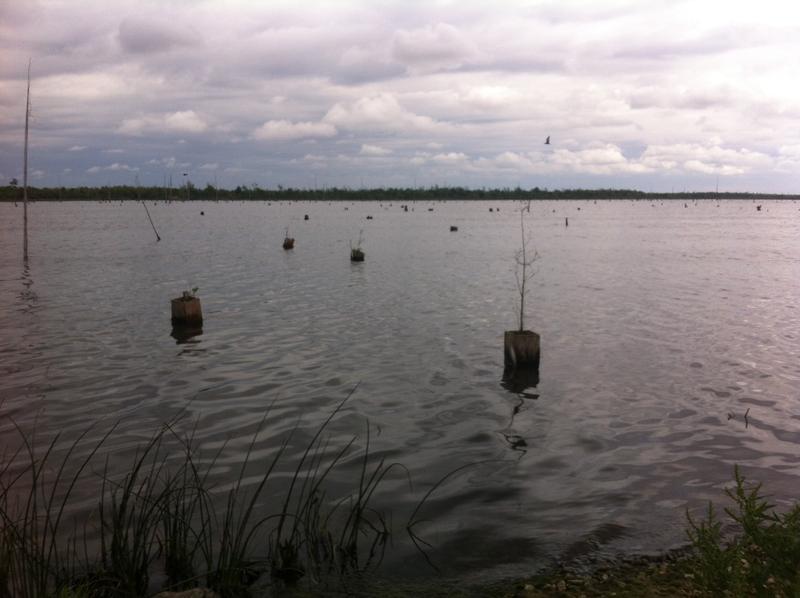 Bayou Bienvenue was once a thriving freshwater swamp, but is now a brackish marsh due to saltwater intrusion. (Photo by: Jesse Hardman)

A month ago (March 2014) we ran a segment about coastal erosion. And you, our loyal Listening Posters, were kind enough to share questions you had on the topic.

Today we have some answers for you. 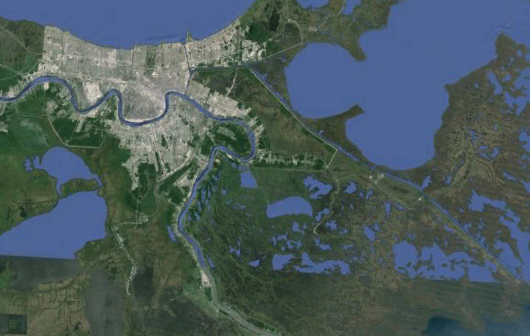 Many people still live, work and play in and around the wetlands along Louisiana’s coast. We lose about a football field of this land every 30 minutes. (Photo by: Google Earth)

Starting with that nagging statistic about coastal erosion that gets thrown around: at what rate are we losing football field-sized portions of Louisiana’s coastal wetlands?

To set the record straight, we talked to Mark Schleifstein, the science reporter for NOLA.com | The Times-Picayune. He’s been covering coastal issues in the region for more than 30 years.

Listening Post: How often do we actually lose a football field of land?

Mark Schleifstein: I think it’s every 30 minutes. But that’s a changeable number, as based on increasing sea level rise.

LP: What plans exist to relocate communities affected by erosion?

MS: To say that they have plans would not be accurate. What would be accurate is that they have a plan written into the state’s master plan to come up with plans to figure out what to do with people. What it means is either buying people out who live in the worst flood-prone areas, or actually building their homes higher, going ahead and raising them significantly, to the point where they’ll still be able to get flood insurance.

LP: How long do we have before we reach a tipping point and can’t reverse the problem?

MS: We’re actually beyond that tipping point. We’ve lost 1,750 sq miles of the coast, and we’re in danger of losing another 1,300, 1,400 sq miles. The 1,750 we lost, we’re not going to get back. And we’re going to continue to lose, until we get to a point where these projects that are proposed are beginning to work. The state master plan calls for that point to be somewhere around 2035. So we’ve got a ways to go before we start seeing even a no net loss of wetlands in Louisiana.

We didn’t have time in our segment for our entire conversation, but here’s some bonus audio of Mark explaining the effects of dead zones along the coast:

For the last word in our segment we head down the coast to visit with Gail Serigny Hayes, who runs a family-owned bait shop in Leeville.

The town sits 13 miles outside the nearest levee, and has seen much of its nearby wetlands washed away. Leeville has less than 100 residents and may not survive the combination of coastal erosion and sea level rise.

“On an extreme high tide, I get water in here. but, it’s not something you ever get used to. It’s just something you learn to deal with. When you like what you do, you do what you have to,” Hayes says. 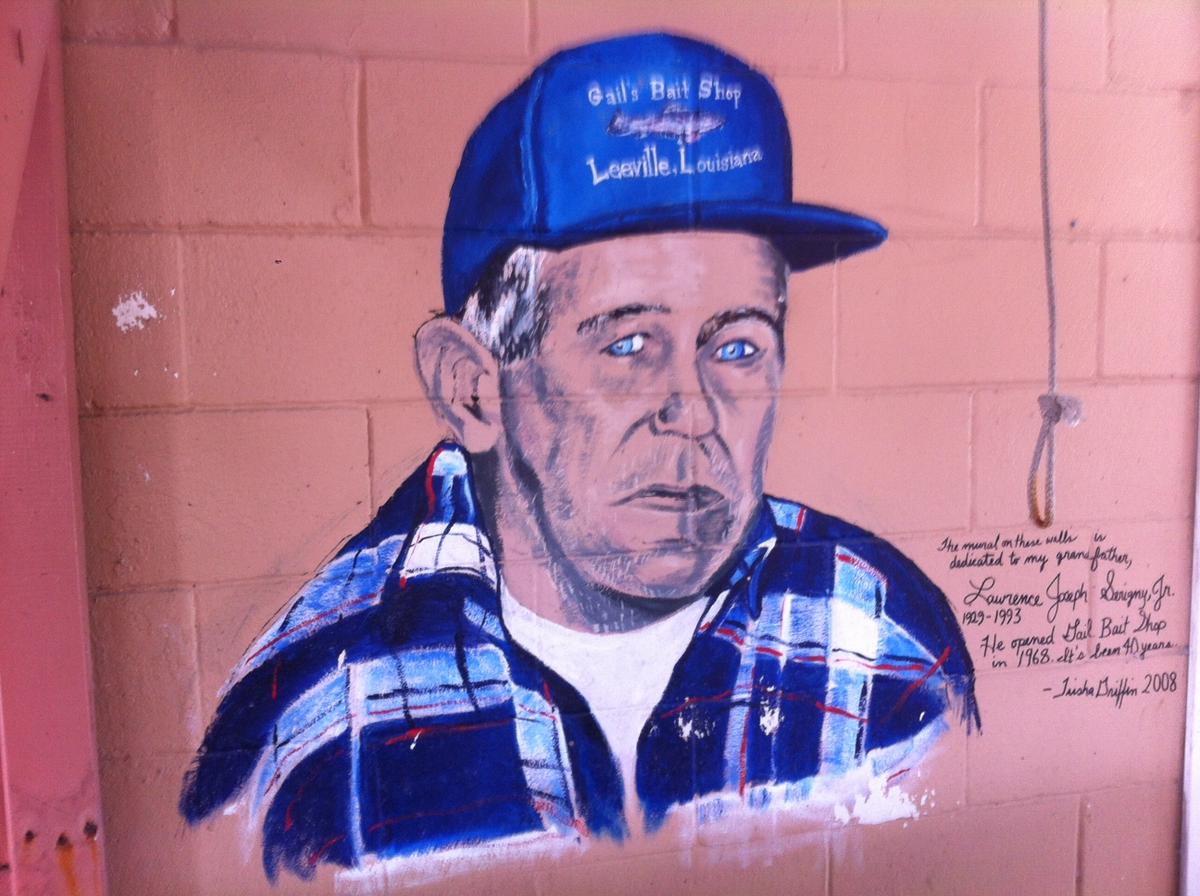 Gail Serigny Hayes runs her family’s bait shop in Leeville. This mural on the wall honors her father, Lawrence Joseph Serigny Jr., who opened the shop in 1968. (Photo by: Jesse Hardman)

To make sure flooding doesn’t destroy her inventory, Hayes has created display sets on her walls that can fold up and attach to the ceiling when there’s a threat of water.

“So I take everything out from the bottom, and hang everything else up. And if I lose my roof, I lose everything, I have to replace it,” she says.

She says she knows it’s a hard way of life, and she wants to stick it out as long as she can.

“As long as this building stays together, I’ll keep coming back. But if ever the building is destroyed. I’m not rebuilding again.”