From a Central City porch: Voices from The Listening Post

Each week on their WWNO radio segment, TLP explores issues ranging from healthcare and WhoDat, to tattoos and transportation. Listeners are able to contribute via TLP recording devices at local libraries or via a text messaging service, which then became source material for these programs. This piece aired on August 16, 2013. 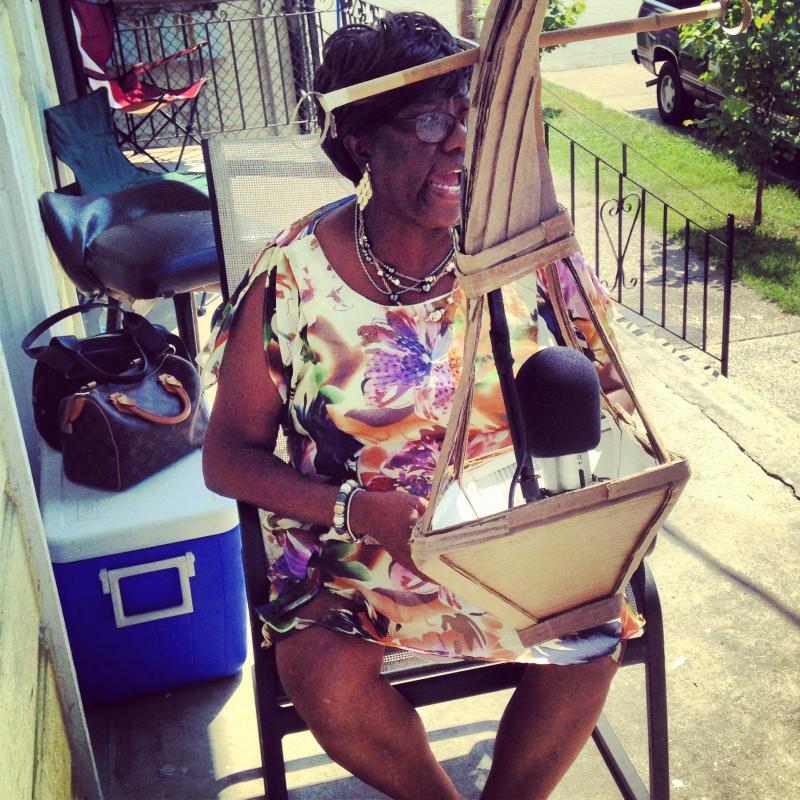 A Central City resident speaks her mind at the Listening Post. (Photo by: Eve Troeh)

This month WWNO launches a new project called The Listening Post. With the help of local artist Jacques Duffourc, we’ve made three portable recording stations that can move around the city. We’ll host occasional events where anyone can sit down to talk.

“New Orleans is the least American city in America.”

“There were a lot of elements [of New Orleans] that reminded me of other places.”

“There are certain things, specific issues that are on the minds of people in these places…They’re all going through some kind of shift or change.”

“The first manifestation of  The Listening Post will be three mobile units in Central City.”

“I got out in the neighborhood meeting some of the contacts she [Nina Felman] had, and we ended up on a porch for an hour…We brought the listening post back to her [Bobby’s] porch.”

Recording with residents and visitors of Central City

“The best experience we have had in Central City is that we were all neighbors. We all felt each other pain.”

“It makes me made when I see in my neighborhood that people have been killed.”

“Drugs, killing, murder, it’s a problem. And it don’t just start right here in this area. There has to be something behind that problem.”

“The thing that I could change about Central City is vacant buildings and vacant lots.”

“My favorite thing about Central City is you can sit on your porch and people will say, ‘Goodevening. How you doin?'”

“What I’d like to stop is a lot of violence.”

“It’s the generation today that’s coming up with killing somebody. Because they can’t take an ass-whoopin.”

“I’ve been a lot of places, but I always end up back in New Orleans.”

“I could see my grandmother feeding the people and the children…in our house we shared everything…what one didn’t have and the other had, we worked as a group.”

Transportation: Voices from The Listening Post
Audio and Podcasts