Conversations with artists: Travis Bird and philosopher John MacMurray on self expression 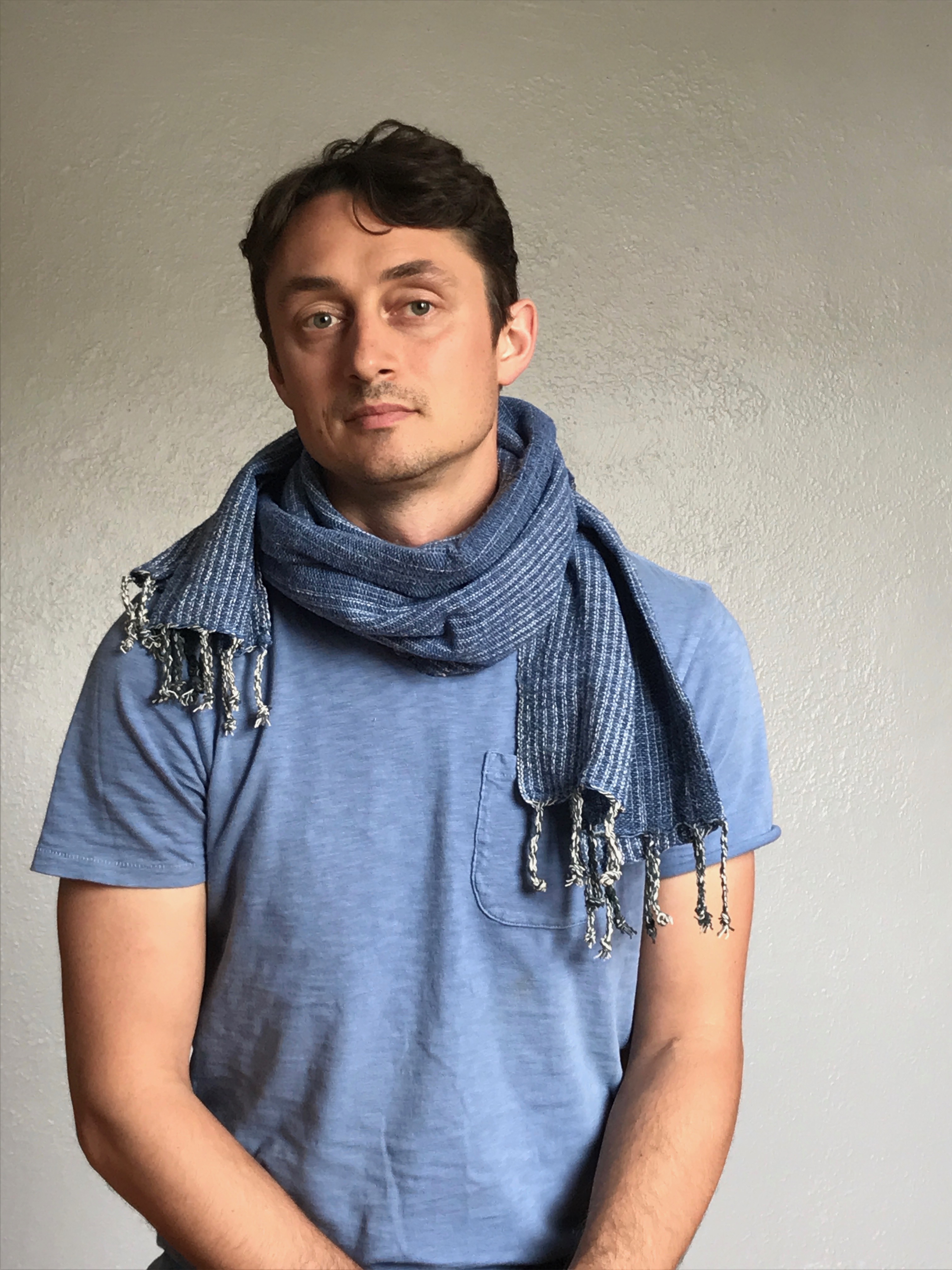 Travis Bird, guitarist and singer in Night Water and co-founder and projectionist for Shotgun Cinema. (Photo by: Raymond Smithee)

The first time I met Travis Bird  was in a corner bar under a L-track in Chicago. The dark, smoky bar (remember that archaic time when you could smoke in bars?) had people shoulder-to-shoulder and the air was filled with loud music and anemic conversations, so Bird and I quarantined ourselves off.

The conversation rolled and three things became apparent: Bird could tell me anything I ever wanted to know about guitars; he juggled his work day with the shows he played at night (solo shows and shows with the punk band he played guitar for); and, the man loved film.

He had been a projectionist during his undergrad days at the University of Wisconsin, and his eyes seemed to retreat into his memory when he talked about the Le Giornate Del Cinema Muto (Pordenone Silent Film Festival), which he had gone to just a year before our conversation.

Now, fast-forward about eleven years to the present day. Music and film still marinate inside Bird’s mind, life, and thoughts. Many know him as the projectionist and co-founder of Shotgun Cinema, which is a film exhibition non-profit founded in 2014 by Bird and Angela Catalano. Shotgun Cinema aims to bring films to New Orleans that might never make it here otherwise. They screen films (actual film on a 16mm projector) for their Full Aperture series, they bring in science specialists to accompany and amplify their  Science on Screen program, and they pair film screenings and conversations together on a monthly basis. If you’ve been to one of their screenings then the words, “We’ll be at X bar afterwards if you want to talk film,” have definitely crossed your ears.

What may not be as known about Bird is that he is also a musician. He plays guitar for the band Guts Club, and he has recently started a solo project, a band he has named Night Water, who had their first show at Sidney’s Saloon on April 20. The emotive inertia that propels Bird into projects that wrap around beauty, expressionism, and reflection have always intrigued me. While many who walk the tight rope of the “alternative” life in their early twenties usually take a giant, thank-goodness-that-is-over leap off that rope by their thirties (exchanging creativity for procreation and conversations around possibilities to focal points about priorities), Bird  has burrowed himself further and further into art and mediums of expression.

He can look at a film and not only say what about the film is beautiful, but he can also answer that ambiguous “why” question that often verbally trips people. As we talked about the avant-garde or the ambiguous images projected in experimental film, a passion of Bird’s and a genre well nurtured through Shotgun Cinema, he said those images, while abstract and maybe not even recognizable  “…create a visual and sonic field that you experience and you can give yourself over to…”

That got me thinking about what we give ourselves to in life, and this idea that when you give yourself away you supposedly lose a part of yourself. Yet, that subtraction model doesn’t hold true to art that consumes the mind, the body, the spirit, and hell…maybe even the afterlife. Those enveloping artistic experiences  build floating pebbled roads for us to kick down and contemplate until we reach a new point of expression. Where I was thinking about this act of finding self-expression as something we choose to do or feel compelled to reach, Bird and Scottish philosopher John MacMurray (introduced to me by Nicholas Zettel) feel that self-expression is more intrinsic than that. MacMurray says, “All of us, without exception because we are persons, are essentially artists,” so no matter what we do or who we think we become, we are always expressing.

“Self-expression must be the same as the purpose of life,” Bird says, because, “We are always self-expressing. Even if we’re repressing ourselves, we’re still expressing that repression in a way.” Does this mean that every little action performed or completed by humans is artistic? And what about inactivity?

As Bird says, “Silence is our natural state.” Think about all the time we humans spend not talking. In that silence we find thoughts and ideas that exist beyond the language we or others may have, so we create other methods of communication. “Our consciousness as humans makes us desire to understand our place in society and the world,” Bird says. So we create cuts and tears in life where there were none so that we can squeeze through and connect. That’s what Bird sees in film and what he hears in music — a form of connection where it’s “more important to ask questions,” he says, than it is to give answers.

To learn more about Travis Bird’s  work with film and , you can check out Shotgun Cinema and Guts Club.

Artists in their own words: George Trahanis
Artists
We use cookies to ensure that we give you the best experience on our website. If you continue to use this site we will assume that you are happy with it.Ok