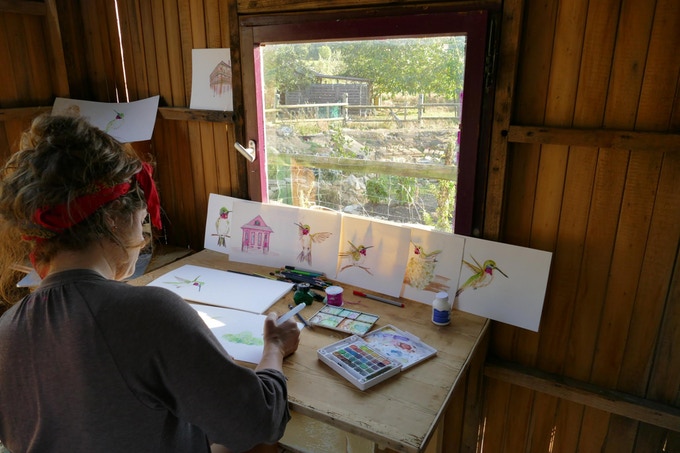 Olivia Motley working on her children’s book, Do you Know What it Means to Miss New Orleans. (Photo: Gunda Gun)

“New Orleans is special…it’s more than a place

It’s a beat in your heart and it can’t be replaced.

So take it with you wherever you go

And share it with others — its magic will grow.”

The eccentricities of the Cat in the Hat or the sweet nature of Wilbur from Charlotte’s Web are so much a part of childhood reading that it’s hard to imagine growing up sans these animal narrations. The tradition of having four-legged, eight-legged, and even three-legged protagonists in children’s books is as ubiquitous as children’s books themselves, and there’s a new addition joining these creatures we love to fall in love with. That addition is Huey Long. No, not the politician (what a strange children’s book that would be). Huey is a hummingbird who lives in Audubon Park, and he’s the long-beaked, furry-winged protagonist in Olivia Motley’s children’s book, Do You Know What it Means to Miss New Orleans.

Illustrated in watercolors by Motley, this story tells us of Huey, who is about to migrate for the first time. Before he flaps his wings and leaves the south behind, he hears Louis Armstrong’s song and starts an adventure to discover what it actually means to miss New Orleans. Is it the food? The music? The theatrics? The people? The magic that many of us who live here feel but can’t always explain? As Motley says, “It’s a lover letter to the city, and it’s my own story as well.” 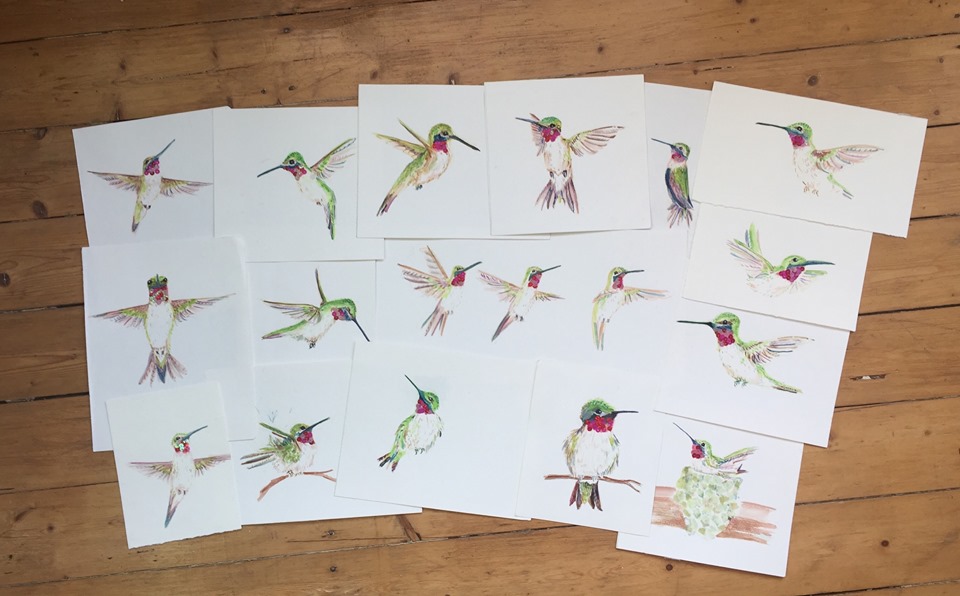 Huey, the protagonist in Olivia Motley’s children’s book “Do you Know What it Means to Miss New Orleans.” (Watercolors by: Olivia Motley, and photo by: Gunda Gun)

Motley — a photographer, painter, filmmaker, visual artist, and author — says that New Orleans has a pull on her like no other city she’s ever been to. “This city has a magic to it that doesn’t exist anywhere else,” she says, and having lived and traveled throughout Europe for the past two years, she has solid data for this magical assessment.

Motley dug beneath the surface of that New Orleans magic when she made her short documentary, Flotsam, in 2015. The documentary chronicles the work and lives of the people who make the biggest party in town (yes, I’m talking about Mardi Gras) possible — the street cleaners. Following the cleaners as they scoop, pile, and dump unfathomable amounts of trash in order to ready the streets for the next party put Motley in a position that many New Orleanians feel but don’t always get to see. It’s that precarious living where the invisible tight rope below our feet lets us know that we’re experiencing something beyond words that’s incredibly exhilarating, and we’re also part of something that could, maybe, destroy us. Anyone who has dealt with the Sewage and Water Board, looked at our crime rates, dealt with the application process for elementary schools, or lived in the box during Carnival knows that there’s a trade-off when it comes to living in New Orleans.

“There’s a very special theater and treasure to this city,” Motley says, “that helps balance out the other side that makes the frustrating elements that you sometimes encounter here worth it. It’s what enchants people when they come here.” 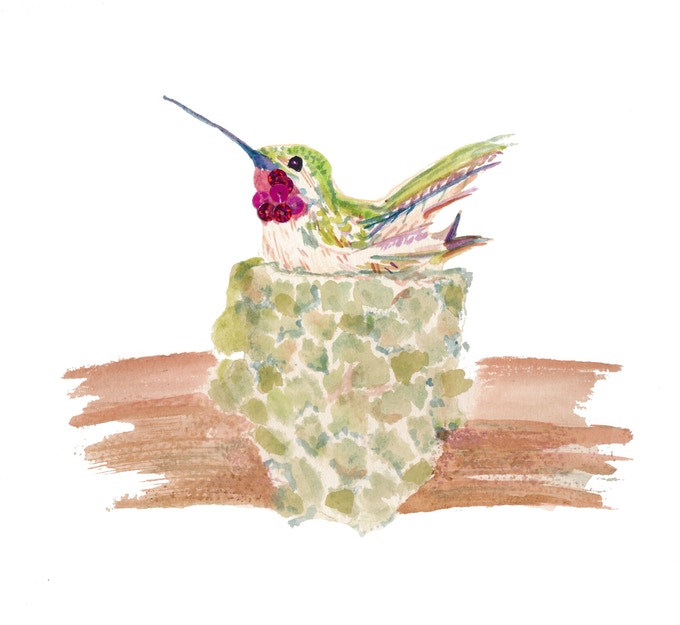 Huey, the protagonist in Olivia Motley’s children’s book “Do you Know What it Means to Miss New Orleans.” (Watercolor by: Olivia Motley, and photo by: Gunda Gun)

It’s also what enchants her character of Huey as he flies from Norman the nutria, who drives the streetcar, to the Lenny the Lizard, who hangs out in the quarter with a boa and a floating attitude about life. Huey hits a wall of fear when he thinks about all he’ll miss out on by leaving New Orleans. He’s got a serious case of FOMO, and he’s not alone. “I’ve had people read the book and say, ‘That’s my spirit animal,'” Motley says.

There seems to be this “ourselves in fur” or “ourselves in wings” phenomenon that takes place when the animal protagonists take center stage in children’s books. We don’t just see the animal as itself (often because it’s dressed as itself but acting like a human); we see the animals as ourselves. Joan Abrams is a scholar who has dedicated her research to this connective action and finds that the child/reader, “…expects answers from the things that arouse curiosity; and because [the reader] is self-centered, [the reader/child] expects animals to talk about things that are important to him/[her/them].” And Huey is talking about loss, the fear of the unknown, the leaving of home, and the love that we can sometimes cling to so tightly that we strangle it.

“It’s an interesting concept to have a migratory bird represent humans and the idea of migration in general,” Motley says. “Birds don’t really have borders. Animals don’t have borders. We’re okay with that for them, but we’re not okay with that for humans.” Why is it that when worlds are created on a page we can nod our heads or indulge in their Utopian ideals, but the manifestation of those ideals into everyday life or everyday interactions seems to slip through our fingers like air? After all, if we can imagine it, isn’t that the first step in creating it?

“I’d love to use [Huey] as a metaphor for migration in general,” Motley says, letting us know that while Huey has embarked on his first journey, it’s most likely not going to be his last. And, hey, I’d say the same is true for all of us, even if our migratory pattern isn’t as straight at the crow (or in this case, the hummingbird) flies.

To learn more about Olivia Motley and her work, you can check out her personal website and BonVivantPaperie. Look for her children’s book, Do You Know What it Means to Miss New Orleans, in you local New Orleans bookstore.