Conversations with artists: Killing somatophobia with Meryl Murman and our wild beast 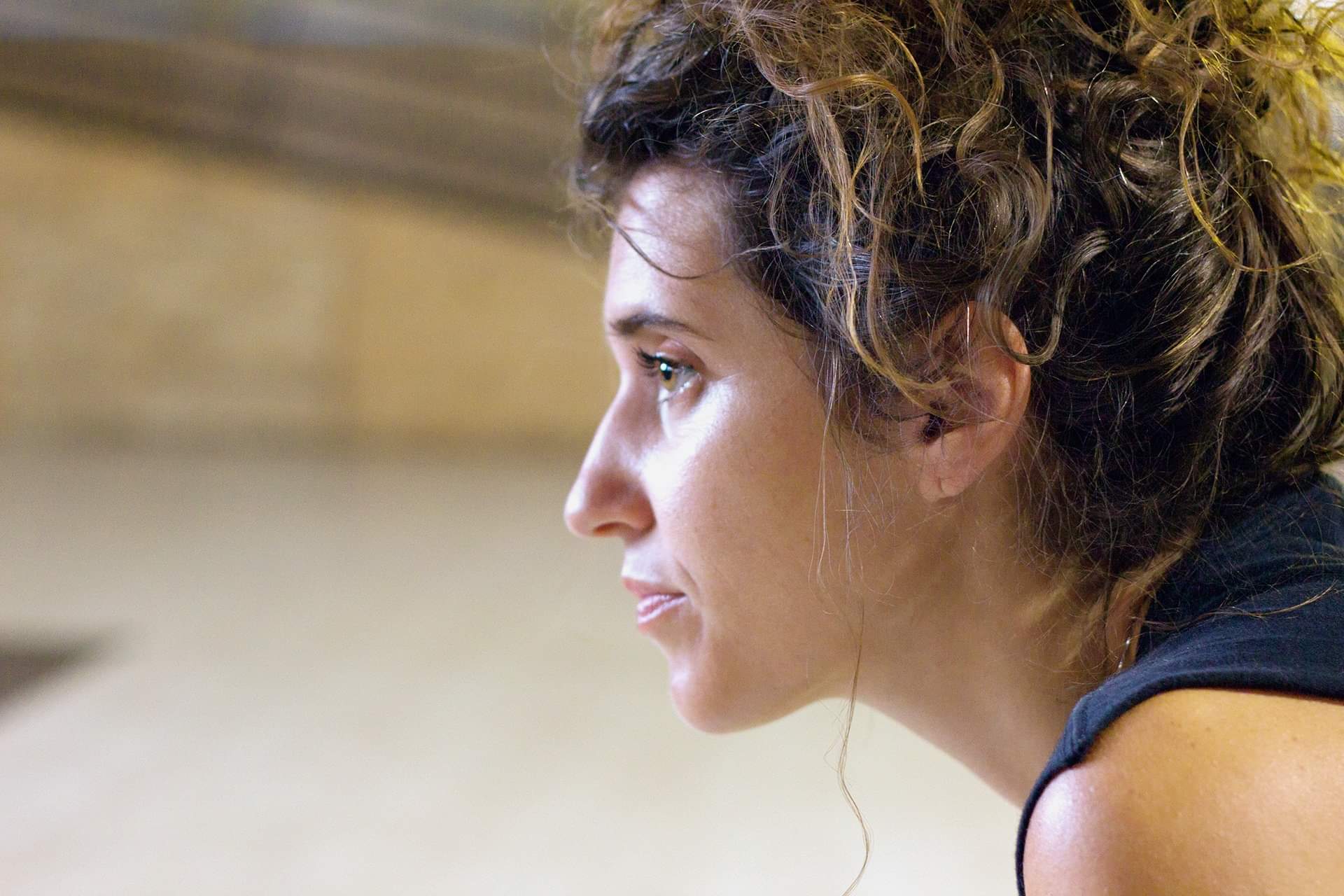 Meryl Murman choreographed a contemporary dance piece called The Lipstick, and in 2015, her dance troupe FLOCK performed it at Dancing Grounds. I went, and before the patrons filed into the back studio where we sat on the ground and surrounded the dancers, we were handed a slip of paper. It asked us, “If you were on a deserted island and were allowed to bring one item, what would you bring?”

I chose Anne Carson’s work Eros the Bittersweet, so when I met back up with Murman in 2020 — her successes now including performances of The Lipstick at the Contemporary Arts Center, her first dance film entitled Le Pain having made its way through the film festival circuit, her column The CASSANDRA Project published and continuous, another dance film called Ways of Forgetting in the works, and innumerable artist residencies, workshops, and classes that Murman holds both domestically and internationally — Anne Carson was still on my mind, specifically this quote from Plainwater: Essays and Poetry:

“It is easier to tell a story of how people wound one another than of what binds them together.”

The words “wound” and “bind” reminded me of the way Murman tries to traverse the obstacles that keep us from connection — with each other and with ourselves. Yet, before we could dig into this concept of connection, Murman talked about Carson’s word choice. As a choreographer, Murman works a lot with actions words. As she says, “…the very idea of ‘binding’ is a physical thing.” She continues by saying that, “…but we don’t walk around bound to each other. We can believe that we’re bound to each other until we’re blue in the face, but we’re not. It’s more of a metaphor.”

When she got to talking about the word “wound,” however, her voice softened and her hands started to gesticulate. “There’s movement and flow to [that word]. Winding by its very nature is always in motion; if the objects stop, they’re no longer winding,” Murman says.

So we live in a world where we talk about how bound we are to each other — bound through love, bound through family, bound through loyalty — but it’s a stagnant action. Binding yourself to another isn’t fluid, and it can actually get in the way of connection because it’s something that’s thought rather than done.

“An obstacle we face [with] connection is the struggle with getting out of our heads and into our bodies,” Murman says. What does she mean by “out of our heads?” Well, neuroses, analysis, obsession, and anxiety all take up residency in our minds. Our bodies, however, are the place for instincts, feelings, emotions, and movement. “As humans, we are our own worst enemies,” Murman says when asked about how to scale those crippling analytical tendencies in order to lessen their control. “Getting back in touch with this idea of our inner nature — the wild beast that’s inside each of us and trapped in this socially constructed being,” is what interests Murman.

We talked more about this wild beast that’s often suppressed. We can see the suppression taking place in our routine-focused lives, but even more surprising is to see it in the dance world. “A lot of dance training in the west and in western culture is ballet-based and is very far from this [wild beast] concept,” Murman explains. “There’s a lot of somatophobia in western dance.” Somatophobia being “fear of the body.”

For anyone who took ballet or has seen others taking ballet, you know that it’s about mirrors, instruction, and it revolves around this concept of the “perfect shape” — whether that shape be the ballerina’s feet, turn out, extension, or complete body.

“So much of early dance training is about form, shape, and outside perspective. It’s about mimicry and the demonstrative body. It’s about trying to get your body to fit these certain shapes or forms,” Murman says. And that is no place that a beast wants to hang out; yet, we’ve all heard that beast call. More than that, we love to answer that call.

“Everybody can generate movement,” Murman says, and before there was this label of “dancer,” everyone danced without division. We’ve just made it an identity label in western culture, a way to separate from ourselves, each other, and nature. “Inner nature and the natural world are connected,” Murman says. That’s why when her dance takes her to new places where there’s new environments, she goes in and listens. In the past years, her work has taken her to Ukraine, Mexico, Greece, and back home to New Orleans, to just name a few, and with each place she goes, she listens to those that surround her and the environment that enraptures her. She lets it influence her. Speak to her and move her.

“Otherwise,” she says, “the emotion becomes very illustrative.” In other words, the motion and action in life becomes about what the person thinks they should be feeling rather than what they are feeling. It’s in those times that maybe we need to let our wild beast come out and satisfy its hunger.

To learn more about Meryl Murman, her work, and her future projects, you can check out her website.