Artists in their own words: Carol Pulitzer 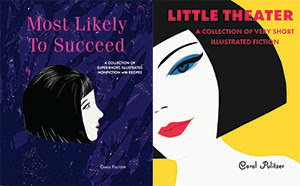 What: Author and artist

Q: When did you realize that you were an individual?

CP: I realized this fact very early. With Judaism, I realized that my brother was more valuable in the family than I was at an early age. It pissed me off, and it’s why I resent my religion and really all religions that make women second-class citizens. I never thought I deserved to be a second class citizen.

And I couldn’t stand my mother telling me what to do; she was the only one that would try. I resisted that. I’m not sure if that means I was realizing that I was an individual, but I think it does. I learned early that I couldn’t take orders; in a lot of ways, I wish I could because it would have made life much easier.

My son was the exact same way. I tried to lean on him and he wouldn’t have it.

I’ve always resisted that kind of structure and order, and I think that’s a character flaw. You have to learn to accommodate other people; we’re social animals, and I was never good at it. People who succeed are cooperative. I don’t often cooperate [laughing]. But I don’t think I could be any other way.

Q: Whose story do you wish you could have been present to tell?

Q: What is a technology you’d like to get rid of the most?
CP: Social media. No matter how funny or helpful or instructive or beautiful or wonderful peoples’ post are, underneath all of them is sell sell sell. They’re all trying to sell you on something. It makes me crazy.

Last week I was reading a story in Wired about this girl who has made a name for herself on YouTube as a film critique. I took words from the article and I created an illustration called: ‘Why Old People Hate Social Media.’ It exhibits everything I hate about social media because it’s just this big sales game. 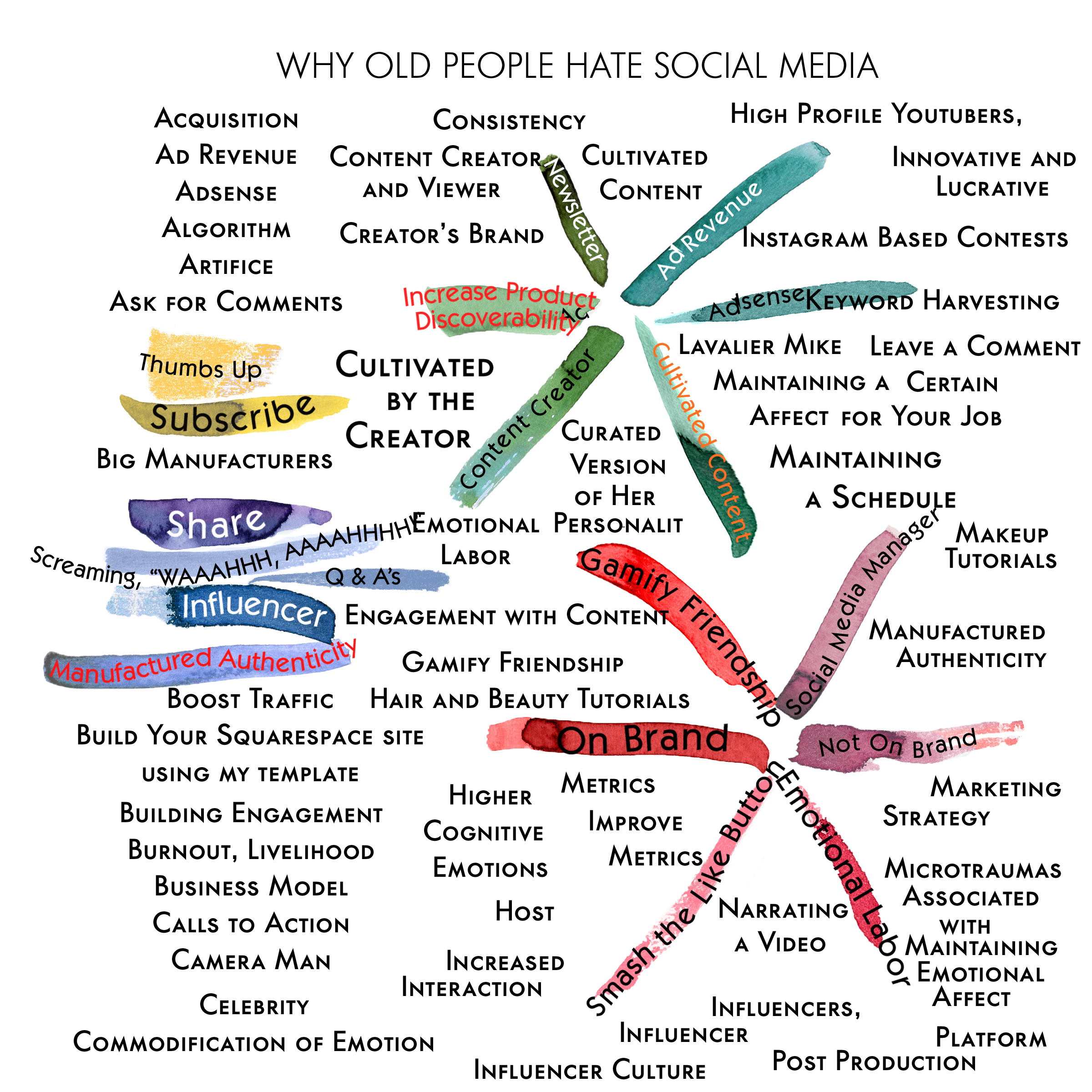 Q: When do your ideas most often come to you?

CP: I feel like things are bubbling at all times. I’ll see something in a magazine, or a book, or I’ll see a pattern on a dress, and it will spark something. Everything sparks ideas; it doesn’t matter what it is. I feel like I’m constantly open to new ideas.

I have to say, though, I’m definitely not a morning person, so the creativity doesn’t flow at that time.

Q: What is something that you’ve love to collect but you never have?

CP: I collect everything, so this is a hard question. I do have a storage room full of old letters, greeting cards, yearbooks, and memorabilia that I can’t bear to open and look at. I would have to sort it by all the different people, the different occasions, and the different categories. It would take the rest of my life, and I’m running out of time.

I heard something the other day about ‘we’re running out of runway.’ When you don’t have enough time, you start prioritizing. You have to think about what you can take on, which is really what motivated me to do my books finally. I was literally running out of time to do it.

Carol Pulitzer will be reading at Octavia Books (513 Octavia Street) on Sunday, March 24 at 3:00 PM. She will be reading from her two books: Most Likely to Succeed: A collection of Very Short, Illustrated Nonfiction with Recipes, and Little Theater: A Collection of Very Short, Illustrated Fiction. These are described as “picture books for adults,” and they are filled with the award-winning artist’s original illustrations.

You know it’s Mardi Gras in New Orleans when … Signs of the season are sprouting like plastic beads on a parade-route electrical wire. Yes, it’s Carnival time in the city, and that brings some only-in-New Orleans optics. Here’s a round-up of scenes that mean Mardi Gras is on the way.

That girl I love: A true Valentine’s Day story Editor’s Note: As we all look deep into someone’s eyes with love this...