Artists in their own words: James Fairchild 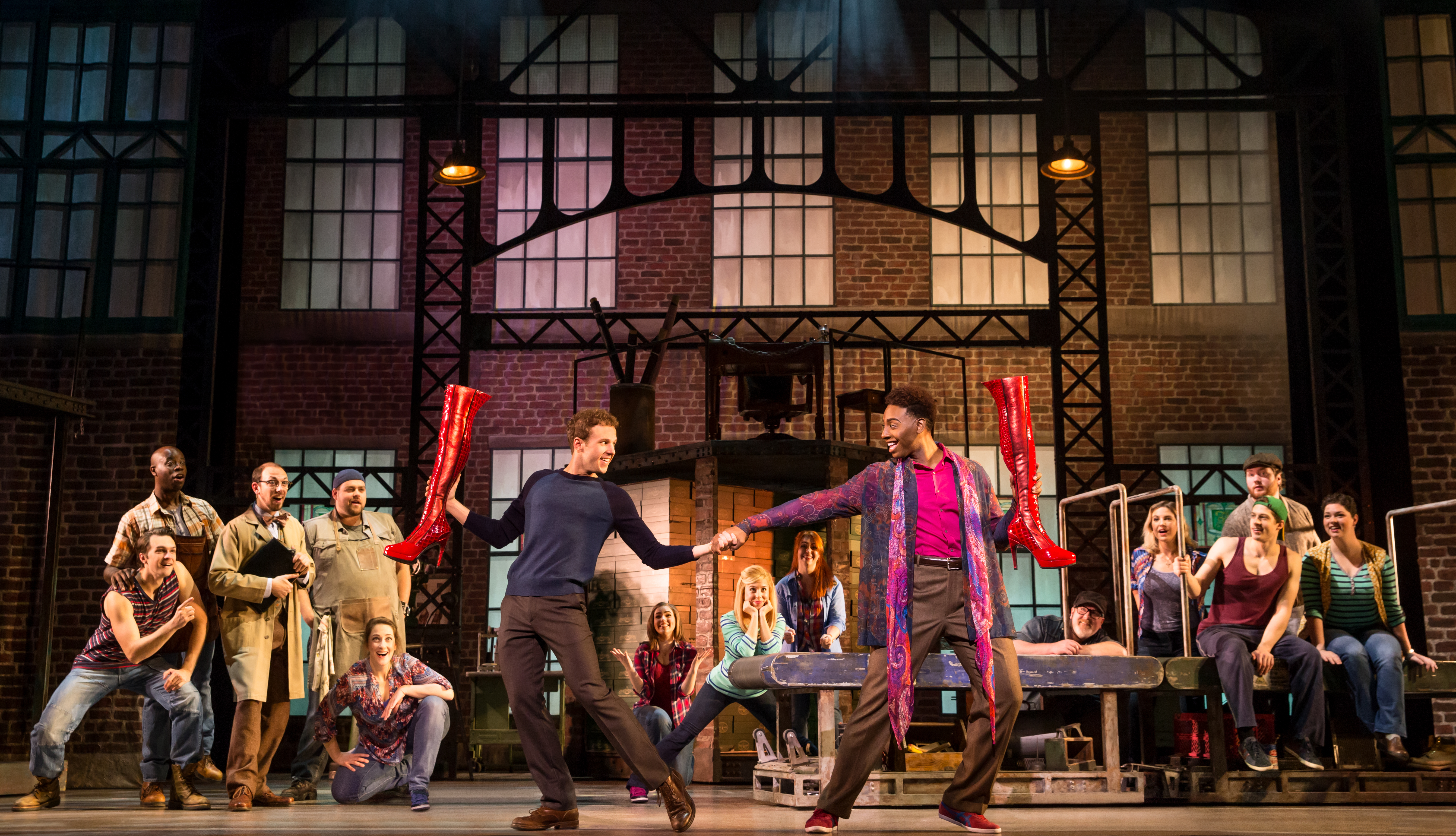 The National Tour of Kinky Boots. (Photo by: Matthew Murphy)

What: Actor, staring at Don (the foreman) in Kinky Boots, which will be at The Saenger Theatre from June 14-16.

Q: In Kinky Boots, the character inherits a shoe factory somewhat out-of-the-blue. What kind of place would you like to surprisingly inherit?

JF: I’m big into pizza, so I would love to inherit a pizza restaurant. Unfortunately [laughing], there’s no possibility of me inheriting a pizza place. That’s never going to happen.

If I did inherit it, though, I would definitely eat more pizza. And I feel like running a restaurant would bring out more of my business side. I’ve seen flashes of that side in the past, but linked with pizza, I feel like it would really come out. And my specialty would be a farm-to-table traditional sausage pizza that would be done perfectly.

Q: When do you find yourself thinking about memories?

JF: I think about memories in any free moment that I have. Whenever my brain isn’t occupied, I go back into my memories.

We spend a lot of time on the bus for the Kinky Boots tour, so if I drive past a meadow that reminds me of my childhood, my mind goes to that time and those memories. And, we spend a lot of time on a bus for the tour, so there are many memories that have been made on that bus. There have been quite a few moments on the bus where we’ll all spontaneously break out into weird song. At one point we all bust out with the song, ‘Christmas, there’s snow on the ground/Christmas.’ And, this was in the middle of April when we were driving from the theater to the hotel. I think I will always remember that moment.

It’s funny because I don’t usually have specific memories that I return to, except for one. The memory of the day I first kissed my partner is a memory I often revisit. Kissing her was life-altering, so its a memory I go back to often.

Q: Whose character in the play do you think you learn the most from?

I’d love to embody her confidence and the care that she doesn’t have for what other people think of her.

Q: Where would you choose to have a fashion show if there were no limits?

JF: I would probably have it take place in the middle of a moving river. I’d have the runway down the middle of the river, and there would be water rushing on both sides of the runway. That way it would be a challenge for people to see the fashion show. I like to make things a challenge [laughing].

And, if I’m putting the show on in the river, I’d make sure that the clothing was full of blues and greens, and the fabric would have to be flowy. Very flowy shirts and gowns.

And, I would have to think about the shoes. It’s funny because pre-production [pre-Kinky Boots], I wore a shoe until it was gone. I was pretty rough on my shoes. Now, I find myself looking at how a shoe is made. Don, the character I play in Kinky Boots, is a factory worker, so being up close to all those dummy pieces we have on stage, you realize the intricacies it takes to make these shoes.

Q: You play a factory foreman, so if you were to give him a makeover, what would you do for him?

JF: [Laughing]. I would probably teach Don, the character I play,  that layers aren’t something you need to wear all the time. He’s constantly in several layers of clothing. It’s incredibly bulky and very hot on stage.

I’d like to see him in a pair of shorts. Don has a really nice set of calves, so he should get into shorts. Then, I’d like to put him in a crazy-patterned button-up shirt. He’d be uncomfortable at first, but I’m sure that he could rock it.

It’s interesting because costumes really help with the physicality of the character. For Don, I have heavy fabrics and muted colors, so that helps me get into the ‘offish’ character. He walks around the factory in steel-toe boots and these stuffy clothes. By the end of the play, I am so happy to take off those layers.

You can see James Fairchild perform as Don, the foreman, in the upcoming production of Kinky Boots, which will be at The Saenger Theatre from June 14-16. For more information and for tickets, you can go to Saenger Theatre’s website.

Artists in their own words: Jonathan Weir
Artists
We use cookies to ensure that we give you the best experience on our website. If you continue to use this site we will assume that you are happy with it.Ok