From killer to artist: A chainsaw transformation 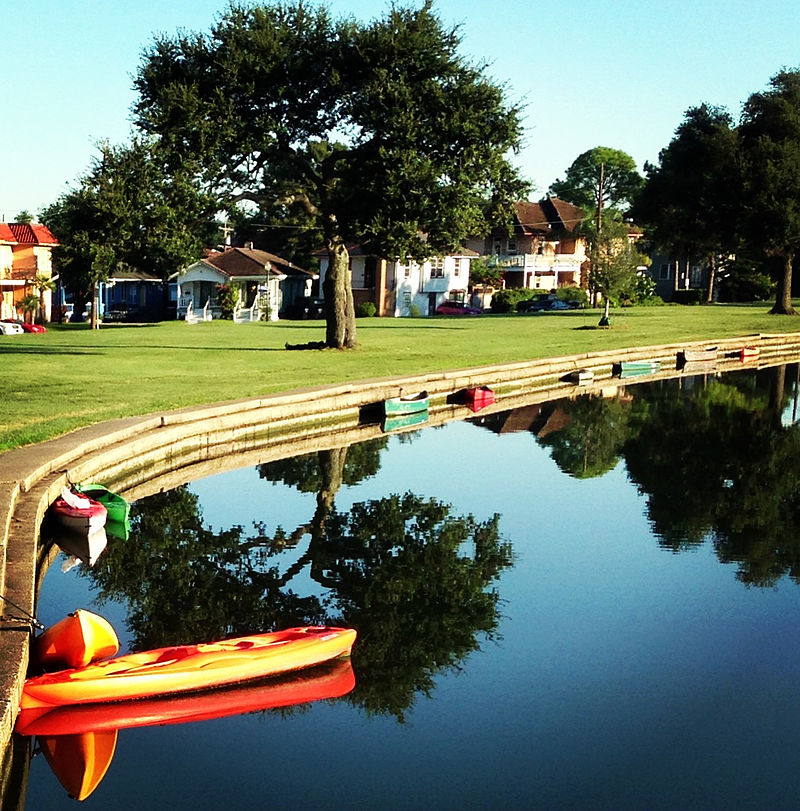 Trees and chainsaws. When you hear these two words in a sentence together, exactly what comes to mind? To the majority, the thought of a chainsaw being used to chop down a tree is brought about. The chainsaw is what kills the life of a tree. Not every time, however. One man used a chainsaw for good. This man and artist by the name of Marlin Miller turned a chainsaw from a killer to an artist itself. He does this in the form of chainsaw art.

On the date of May 17, 2019, the Mid-City Bayou Boogaloo will occur in New Orleans, Louisiana. This boogaloo is honoring how, according to Doug McCash of NOLA.com, “almost 300 years ago, the bayou was the entryway for the French founders of New Orleans….that small boats used to move supplies along the waterway….that a helicopter had crashed not far from the tree during the 2005 flood evacuation.” The tree being referred to is the tree Miller used to create beauty with a chainsaw. Doug MacCash, explains that “Since Hurricane Katrina in 2005, he said, he has had plenty of opportunities to transform trees killed by the storm and flood into sculpture,” speaking in terms of what was told to him by Miller himself. Yet, Miller decided to not transform as he had the chance to. Not until the Boogaloo.

“I have a certain criteria, and this tree right here just absolutely capped every one of my criteria. It’s got to be a big tree. It’s got to be an oak or a hardwood. It has to be on a public piece of property in a highly visual area, and the last thing it has to have is, it’s got to have some emotion. That’s this tree perfectly described,’” said Miller in a recent interview.

The expectations were set high for exactly what tree had to be used for him to create this beauty for the Bayou Boogaloo. The carving of this tree contained a view of New Orleans culture, especially music. It also had birds. The branches of this tree were used to create the birds. There was a double meaning to these birds. It represented the planes and helicopters that crashed by this tree during Hurricane Katrina, but also was to keep the integrity of what it is — a home to the indigenous birds of New Orleans.

So exactly what was the big purpose of this creation? It was bringing about social and environmental justice — maybe more environmental than social. It showed that the wildlife was changing for the birds that lived here in this city because of natural causes. Life was changing for something that was so endangered. Now, Miller wanted another change to come about: a better environment for the endangered species who lose homes in natural disasters. To actually have a care for something not human. Will people think of this being the message of this tree? Maybe. Maybe not.

So what do people see in this tree? What makes this tree so significant? When you look at the tree, the first thing you really see is the piano that crawls up the trunk of the tree — representing that musical culture New Orleans is famous for. Then you turn to look at the branches and see the birds. One of the indigenous birds on the branches is a pelican, Louisiana’s state bird. And even though it’s not carved straight into the tree, there is a concept or feeling of destruction all around the tree. It is present there, just as it is present for all New Orleanians who worry about storms, rising water levels, air quality, and the disappearance of the city we love.

Did this message have to be sent out through chainsaw art? Nope. But it was. He used this chainsaw, the one thing people know for sure hurts the trees and changes the environment, to send the message. If a chainsaw has the capabilities to do right to the community and the trees, so much more can be done to create beauty and help. So make that change. With one little action, a chain reaction can help things start. Help with the trees to help with the environment, to help with the world altogether. Marlin Miller did exactly that. He transformed a killer to an artist.

New Orleans Gaming Culture: How teens are missing out on opportunities
Art and media
We use cookies to ensure that we give you the best experience on our website. If you continue to use this site we will assume that you are happy with it.Ok