Artists in their own words: Denise Moore 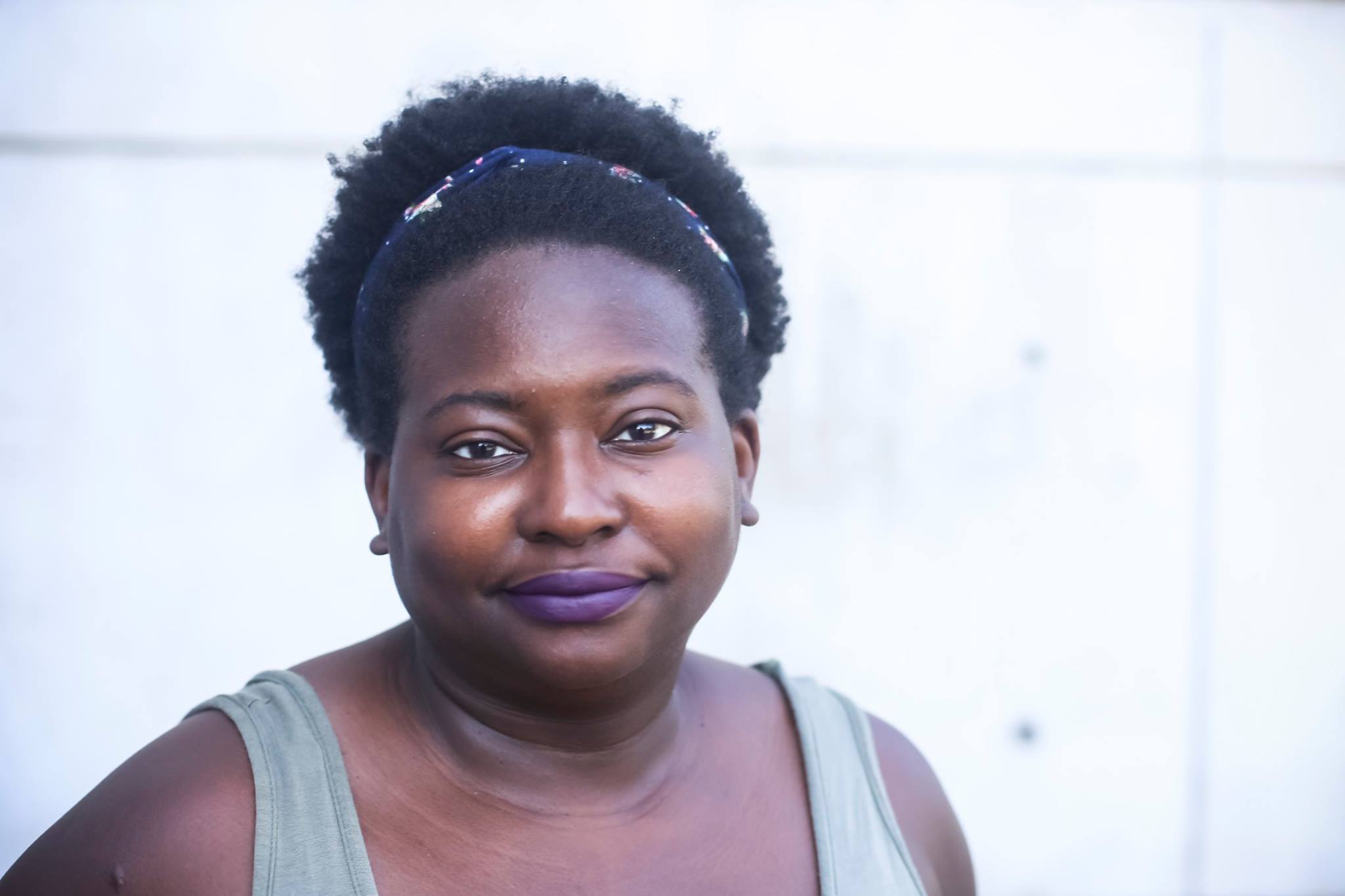 Extra information: Her cat is pretty much an Instagram star

Q: What part of your childhood have you always kept with you?

DM: Reading with my great grandmother. She’s the one who taught me how to read, and it was something I always enjoyed. She died when I was six, so my strongest memory was her teaching me how to read when I was around four years old.

She used to read to me every night, but after she had eye surgery, she couldn’t read to me while she was recovering. Instead, I would read to her during that time, and that was how I learned to read.

It was something I kind of forgot about, but when I started doing ancestor research I discovered a census when she was 21, and she had marked that she was illiterate, so this is something that always sticks with me.

Reading is still my number one hobby. When I’m home sick, that’s what I do all day.

Q: What is your favorite memory with Black Girl Giggles?

DM: I’m hoping there will be a whole bunch of new ones after the festival. As of now, I would choose The Crazy Bitch Ball, which is the gala we did in April. I went and got crafts and worked with a couple of other girls, and we spent hours the Thursday before getting ready for that ball. We made all kinds of crafts, and now our tip jar is very well decorated.

Q: When do you trust your nerves?

DM: Usually when I know my nerves are coming from my gut and there’s no logical reason why I’m nervous. I have social anxiety, so I know that I’m going to be anxious in social situations. The difference is, if I’m not having social anxiety, but I’m still feeling like something is off or wrong, then I know that it’s coming from my gut. That’s an instinct that I need to trust.

Most of those instinct feelings in my life have been directed toward good decisions. For instance, when I was deciding on what college to go to, logic would have told me to attend a school I had visited, but I decided–instead–to go to a school that surprised me by accepting me. That was Cornell, and while I was there I came here [ to New Orleans] during a school trip. We came for spring break, so it could be said that if I went to a different school I never would have ended up in New Orleans.

Q: What do you not find funny?
DM: When comedians punch down. Usually if they are telling jokes about groups that are marginalized, that’s always punching down. Marginalized people don’t have the political power to defend themselves. That kind of comedy is lazy and not funny.

Dave Chappelle’s new stand up has some jokes about trans people, and it’s not funny because trans people die–all the time–because of who they are. He is making light of aspects of their lives, but they don’t have the power to defend themselves at this point, so I don’t like that. It’s lazy and not funny.

Q: If you were to describe your comedy as a plate of food, what would be on it?

[…] of times you laugh (you will most likely lose count). Maybe you will be caught off guard by one of Denise Moore’s political references or the fact that each comedian is being their authentic self. As Camilla Roane […]

Female comedians are reviving New Orleans one giggle at a time – Via Nola Vie
Recent Posts on ViaNolaVie
Become a ViaNolaVie Patron!     Your donation supports the work of ViaNolaVie to: Provide a platform...

Artists in their own words: Kristen Becker
Artists

Artists in their own words: Shep Kelly
Artists

Artists in their own words: Camille Roane
Artists