Artists in their own words: Shep Kelly 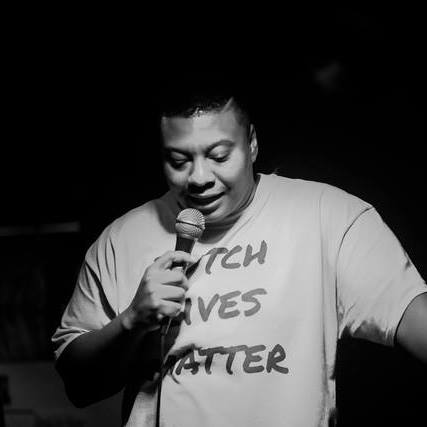 Interesting fact: Shep Kelly is one of the cofounders of Black Girl Giggles, and she was the winner of the 2016 “Funniest Comic of the Gulf South” comedy competition.

Q: What is the best greeting card you’ve ever gotten?

SK: I love Christmas music, and my friends know this, so even though my birthday is in June, they all got me Christmas cards for my birthday.

These were the cards that sang carols, and you can’t get those in June. My friends had to have gotten the cards over Christmas, which was six months prior. It was a really thought-out gift, and as long as the cards were singing carols, I was good with it.

Q: When can you sense that someone is being genuine?

SK: Generally, a person is genuine when they offer to accommodate you for something you’ve done for them. If a friend asks if they can crash at your house and they offer to cook breakfast, you know that they are being genuine.

When people offer rather than having to be asked or told what you expect, that’s a good genuine quality. People don’t have to be nice, so if they take the extra step, that counts a lot.

And I definitely put actions over words. People don’t do what they don’t want to do, but they will say whatever you want to hear. If someone tells me, “I love your children,” and then you ask them to watch the kid, you start seeing what they really think about your kids [laughing].

Q: What do you think is not funny?

SK: As comedians, everyone has a couple bad nights, but anyone who has to degrade people in order to make jokes happen is not funny to me. If you can’t get a laugh without putting someone else down, I don’t think you’re funny. I think you’re hurt because you have to be impacted by something for it to anger you. Folks go through a lot of things, and it’s okay to be hurt, but it’s not okay to take it out on others.

SK: Everyday is a party whenever I’m with them, but my absolute favorite BGG memory is the first day of the festival last year. We had a meeting where we were sitting around, drinking, and talking, and someone said, ‘What if we had a comedy festival with just black female comics?’ We knew Essence was coming up, and we thought it would be good timing to have an all-black, all-female comedy festival. The night before the festival, all we did was put an event up on Eventbrite announcing the show.

Then, the bar we were at, which usually has around 13-14 people in it, had 300 people in it. There were people from all over, so when I walked into the bar I felt like I was royalty. Every show, every night was packed to cap numbers. That night we realized how unstoppable we actually are.

A lot of times you don’t get that kind of success until you’ve done 15-20 years in comedy, and it was so amazing to see some of our newest comedians react. Their eyes lit up. None of us needed any more convincing that this is what we should be doing.

Q: If you had to describe your comedy as a plate of food, what would be on the plate?

For my comedy, there is something everyone can pick up and really love.

Artists in their own words: Kristen Becker
Artists

Artists in their own words: Camille Roane
Artists