Artists in their own words: Kristen Becker 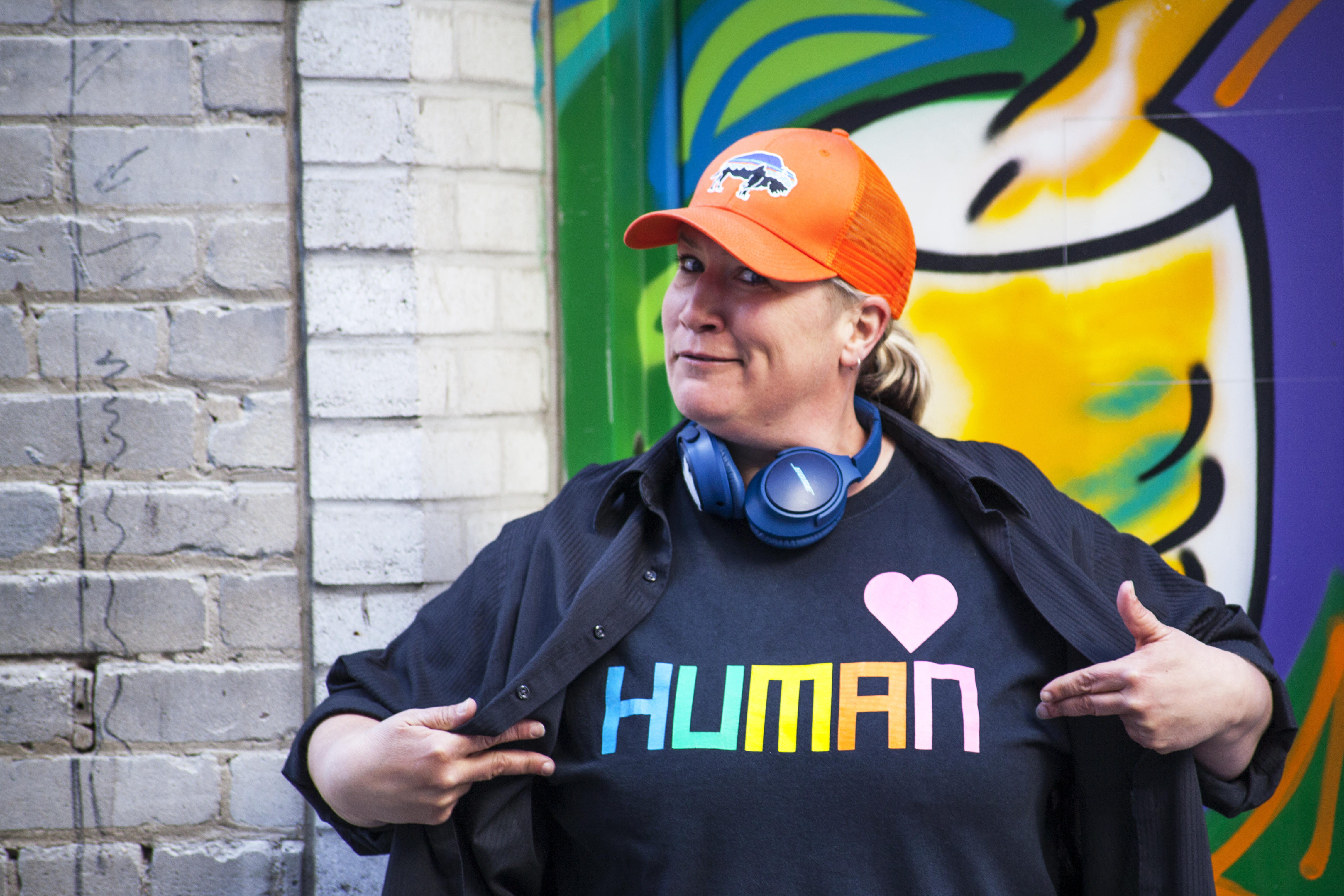 Kristen Becker, comedian. She will be performing at The AllWays Lounge on Friday, November 2. (Photo: Casey Hansen Girlie Action)

Quote: “Why didn’t anyone think Santa had a sister?”

Q: If you created a comedy magazine, what would you name it and what articles would you put in it?

It was maybe five years ago, but it was a beautiful, glossy print magazine. It covered exactly what I would cover – underground comedians, people you haven’t seen on TV yet. There’d be so many people to cover, especially in New Orleans.

Q: Would you rather get rid of gravity or the sewer system for a day?

Although, hold on, if I get rid of gravity, is all the material from the sewers going to by default, make its way to the surface anyway because no gravity?

So we’re up shit’s creek, no matter, is what you’re saying. What kind of a lesson do you want me to learn here? Like do I want to float in shit or swim in shit? Is that the question? Would you rather float around in airy shit spectacles or would you rather just swim in diarrhea?

Q: When do you find yourself slipping into character, if you ever do?

KB: Oh, at the least opportune time, generally. What I mean by that is I usually slip into character at the worst times and sometimes if I’ve been drinking booze, which I don’t do often, but if it happens every now and again.

Do you switch into the same character during those times or is it always a different character?

No, it’s always different. So there’re Sergeant Roach; he’s a cannabis coach cause you know, I live in Massachusetts and marijuana is legalized, and so he’s an ex-vet and he’s really about people being able to self-medicate with a little bit of cannabis for PTSD, anxiety, whatever. He’s kind of his own thing.

And then Sandy Claus is another character. She’s Santa’s older, gayer, drunker sister.

No one really knew that she was around cause no one really asked, but of course Santa wasn’t an only child. Sandy brings toys to non-gender conforming kids. So if you’re a boy and you want a Barbie doll, Santa doesn’t do that. He’s kinda an old white guy, you know what I mean? So Sandy goes behind and swaps out the toys.

I had a tour in 2006 called ‘Dykes of Hazard’ way back in the day, and there’s some Sandy Claus videos there that we’re working on. She’s gonna have a live show this Christmas.

KB: The best voicemail I’ve ever gotten was from Joey Diaz. I had produced him in Buffalo, and the day after the show, I went on vacation with my girlfriend. We’d left town and I gave my sister the money and I said, ‘put this in the bank for me.’

And she said, ‘no problem.’

I wrote the guy [Joey] a check after his show and off he went. Well, my sister went to the bank to put the money in, but didn’t put it in my business account. She put it in my personal account. So Joey Diaz’s check bounced.

So I have a voicemail from Joey Diaz, I lost it at this point, but it was like ‘You  mother*&@^. Where’s my money?’ It was the best, and I knew immediately what happened cause I knew I had the money so I wasn’t worried.

It would only be terrifying if I was intentionally trying to screw him over. I got him on the phone immediately, which obviously, he was quick to talk to me. Once we were on the phone, I was like, I’m going to transfer it right now and that’s what we did. We just did a wire transfer from the other account. I explained to him, ‘Listen, I went on vacation with my lady and my sister put the money in, she put it in the wrong account, bada boom bada bing, you know?’

Q: What’s the difference between courage and recklessness?

I mean, I think that there’s a little bit of recklessness in all courage. I feel like I accidentally watched Brene Brown this week and someone asked her about courage, and she said something about recklessness, and now I feel like I’m channeling that. I mean, a motive would possibly be a difference. Running into a burning building is reckless, isn’t it? Even if you’re saving somebody. It’s still a reckless act for your own safety, but it’s also a courageous act.

So am I recklessly jumping from train car to train car because I have an adrenaline thing that I have to itch? Or am I running and pushing a lady in a wheelchair out of a bus’s path so she doesn’t’ get hit?

They’re both reckless behavior, but if someone gets saved at the end, it’s courageous.

You can see Kristen Becker perform in “Loosen the Bible Belt,” on Friday, November 2 at The AllWays Lounge and Cabaret. The show begins at 10:00 PM and it is $10 in advance (or $15 at the door), and you can purchase your tickets here. Also, Becker will also be donating a portion of funds to an LGBT group fighting for equality in each state.

Artists in their own words: Geneva Joy
Artists

Artists in their own words: De De T
Artists