Embrace your inner nerd this weekend with Nerdlesque 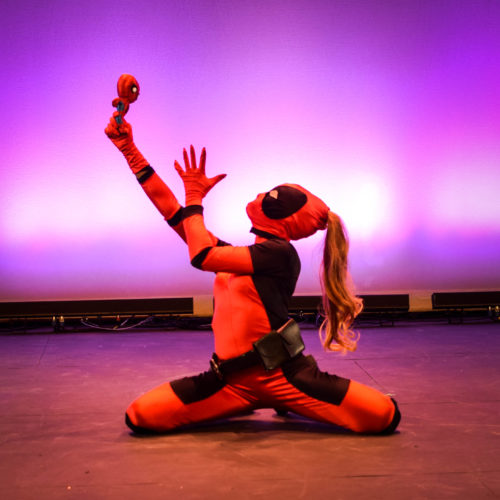 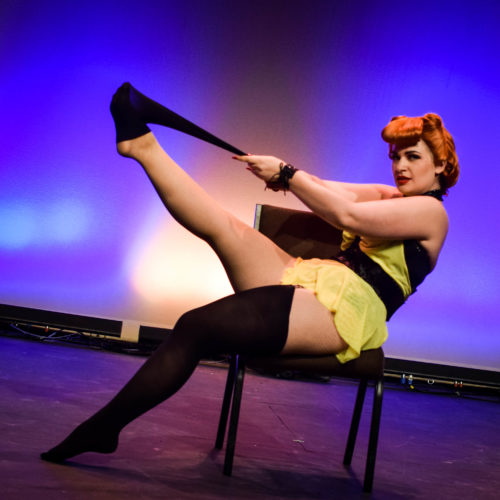 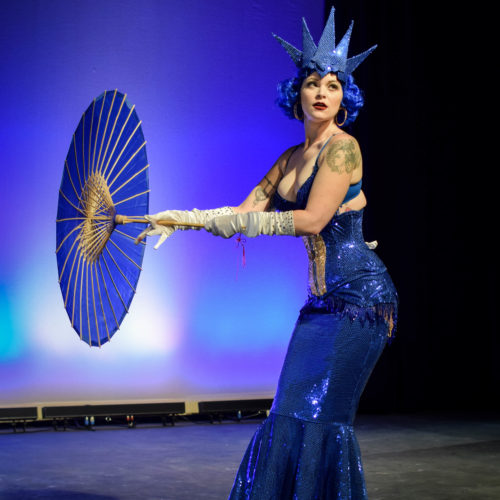 When Star Wars debuted in 1977, it became a cultural phenomenon that spawned lines of clothing, toys…and even lunchboxes.

But it also gave birth to a new form of burlesque – something called “Nerdlesque” – as a dancer named Pillow incorporated aspects of the movie into her act.  Pillow is credited as being the “Mother of Nerdlesque,” says Persé Fanny, a New Orleans-based burlesque performer and historian.

Nerdlesque is exactly what it sounds like, Fanny says.  “It’s nerdy burlesque…a parody of our pop culture, specifically nerdy pop culture, so you will get everything from comic book nerds to video game nerds,” as well has a lot of themes involving heroes and villains. 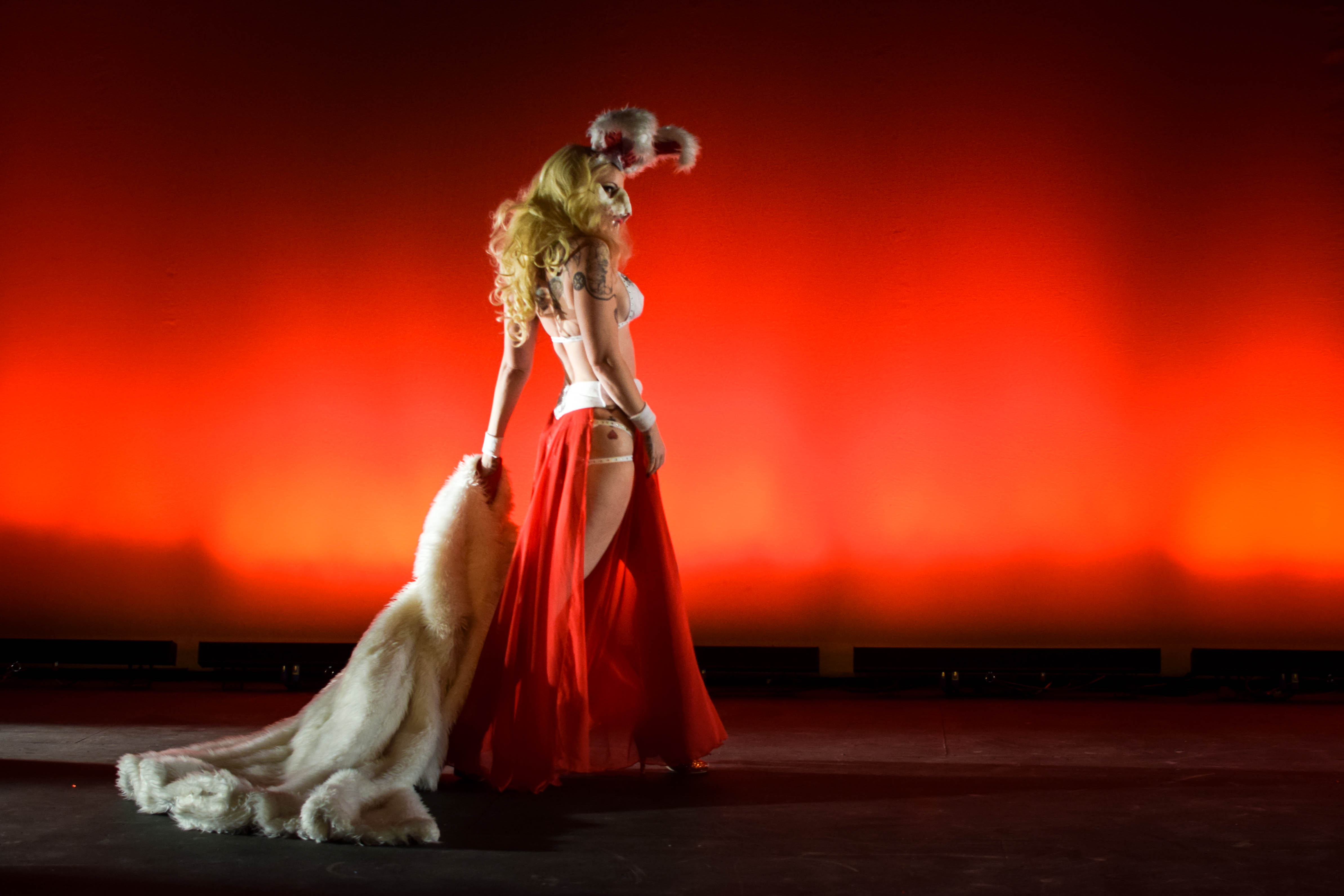 Nerdlesque will be on full display this weekend at the Contemporary Arts Center and the Allways Lounge for the 4thAnnual Nola Nerdlesque.

Over 40 performers from around the country will perform four shows over two nights, kicking off Friday at the Contemporary Arts Center (900 Camp Street) with “Stripped Crusaders” at 8:00 PM, and at 10:30 PM is “Tease from the Crypt,” filled with movie monsters and murderers.

Saturday’s shows take place at the Allways Lounge and Theatre (2240 St Claude Ave, in the newly renamed Twilight Room, the venue’s 120-seat theatre) with “Cyburlesque” at 8:00PM, a robotic, laser powered, sci-fi show. And closing the festival at 10:00 PM is “Just Drawn That Way,” a revue of animated and video game characters.

You can expect to see dancers interpreting everything from Michael Myers to Sonic the Hedgehog to Game of Thrones.  “Last year we had a George R.R. Martin routine that blew myself and everyone in the audience out of the water,” says Fanny. “A woman dressed up as George RR martin and did this beautiful routine where she killed off all her characters.” 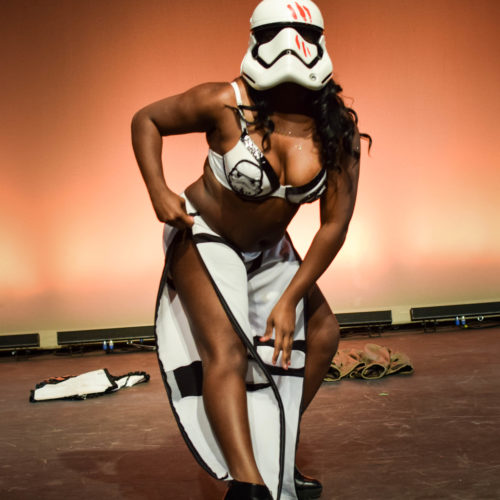 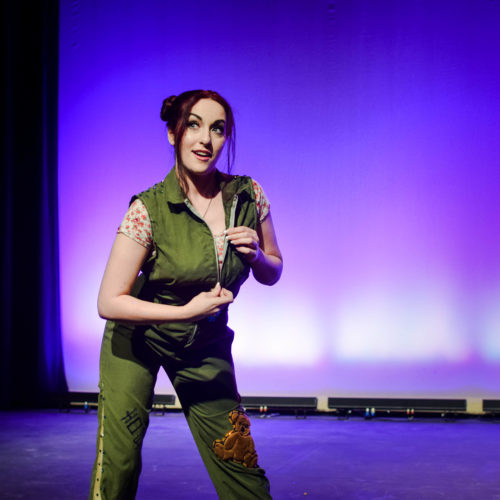 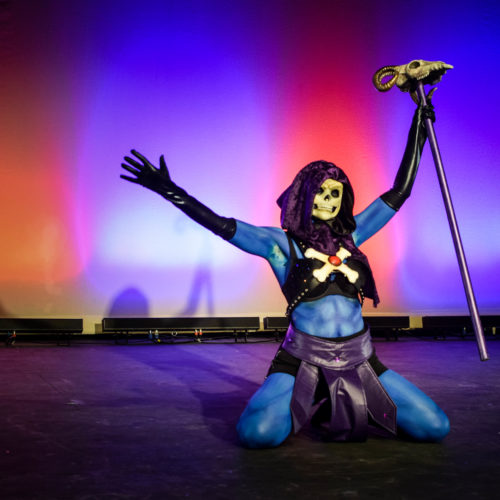 Along with the shows, Nerdlesque will feature an art market and cocktails to kick things off, as well as workshops – including a history of burlesque taught by Persé Fanny, and a floor-work workshop, all held at the New Orleans School of Burlesque.

And while NOLA Nerdlesque is once a year, there are other shows and activities throughout the year, says Fanny. “We have done a Legend of Zelda burlesque show, which fits in with our nerdy themes.  We’ve done pub crawls when Pokémon Go was a big game that everyone was playing.”

Persé Fanny herself got her start in burlesque with nerdlesque — as Luigi, “the better brother,” who’d come to “reclaim his stardom because he is the lesser known brother,” she says.  The performance “made me really happy for the inner nerd inside me.”

Nerdlesque, and even burlesque in general, “is a super empowering and safe space for everyone,” says Fanny.  “It doesn’t matter your size, your shape, your age, your weight, your race, your gender; it’s about getting on stage and expressing something you have inside you and just sort of owning it.”

General admission tickets for Nerlesque shows are  $15. Admission is restricted to patrons 18 and older. Tickets and details are available at www.nolanerdlesque.com and will be available day of at the venues.